Electric sheep and the secret nightmare of clean pollution

Good news, F-150 owners: you already own the last gasoline-powered truck you’ll ever buy. Tesla’s vaporware pickup will outperform the F-150 while costing less than most of the big Ford’s upscale variants. Tesla’s outspoken founder, Elon Musk, made the usual horse-and-buggy comparisons when discussing how the Tesla truck would make existing pickups obsolete.

As someone who frequently tows 6000 pounds of race car and accessories more than 500 miles in an afternoon, I don’t think Tesla is going to meet my needs with its first-generation pickup. Which is fine. Tesla’s “intenders” are free to enjoy their electric trucks. I’ll keep buying half-tons with the most powerful V-8 available. Right now that means a Chevy with the 6.2, but there are stouter “gassers” in the pipeline at both GM and Ford. It’s a free country. We can get whatever we want… for the moment, anyway.

Nine countries have plans to phase out gasoline-powered vehicles within the next 20 to 30 years. Several major cities are planning to make the change sooner than that. California lawmakers have seriously proposed ending both the manufacture and registration of new gasoline cars by 2040.

Perhaps as a result, much of the automotive media is starting to take it for granted that a mass-market switch to electric cars is completely inevitable. “Give us the future,” my friend and childhood automotive idol Ezra Dyer recently wrote, “just not all at once.” Implicit in that lovely sentence is the idea that electric vehicles are, in fact, the future, and that nothing can be done about it. Electric cars are cleaner, safer, more efficient, better for the whole climate-change thing. The science is settled and the debate is over. The war has been won already, and if you don’t acknowledge it, then you’re just one of those old soldiers hiding out in an island cave somewhere.

I’d have a lot more confidence in that line of reasoning if I hadn’t already seen it fall apart once in the past decade.

Let’s hop in the Wayback Machine and set the dials for 1997. The Kyoto Agreement had just been signed, and it obligated its signatories to cut CO2 emissions significantly in the years to come. The United Kingdom was one of those signatories. For reasons that I am too profoundly ignorant to understand, the country decided to focus on the British motorist as a major component of this CO2 reduction.

Diesel cars tend to produce less CO2 per mile traveled, for a variety of reasons too complex to discuss here, so the net effect of the UK’s new laws was that everything from one-liter “superminis” to S-Class Benzes went from gas to diesel power seemingly overnight. The used-car market experienced paroxysms and the country’s fuel infrastructure was overhauled at tremendous cost—but the vehicle fleet CO2 emissions did, in fact, drop.

Most countries in Western Europe followed suit, sentencing their drivers to diesel power and its many associated miseries. Fifteen years after Kyoto, diesel ruled the Continent. There was just one little problem: it was killing people.

The deadly effects of diesel’s particulate emissions had been known for quite some time, of course, but the European governments had noted that those deadly effects appeared to be limited to people unfortunate to live near roads, so they made the Marie Antoinette-esque decision to let those people die so the planet could live. At the same time, of course, they made a variety of economic policy decisions that ensured most manufactured goods would be made in China and shipped to Europe by massive vessels that burn “bunker fuel,” polluting the air and water in truly Brobdingnagian fashion—but that’s a story for another time.

It’s now been estimated that the love affair with diesel cost Europe more than 68,000 lives per year—but those deaths were relatively easy to sweep under the rug, insofar as they mostly happened among people who were poor, old, or both. A few things happened that were harder to ignore. The skies above Paris began to darken. The German automakers had invented magical-sounding emissions solutions for diesel that the Japanese had been unable to duplicate—but we found out that there was no wizard behind the curtain after all and that the various TDI-ish systems had, in fact, been polluting well beyond their claims.

Those countries which effectively mandated diesel are now banning it. There will be buyback programs and other vastly expensive boondoggles involved. Europeans are just now coming to terms with the fact that a million people (or more) were killed for the purpose of international virtue-signaling—a completely avoidable catastrophe with the same death toll, and the same complete lack of moral justification, as the deaths of the Somme 100 years ago.

What does this have to do with electric cars? It’s simple. Not all of the electricity used by electric cars comes from “clean” sources—but even where that is the case, there is a secret nightmare hiding in the environmental and political aspects of battery manufacture. The materials used to make electric-car batteries are not exactly unlimited. Some of them can only be found in places like China. Others, in a remarkable twist of irony, are byproducts of fossil-fuel refining and consumption.

A Tesla Model S has about 50 pounds of lithium in it. The most environmentally-friendly process to extract that metal uses 500,000 gallons of (previously) clean water per ton of lithium—and the alternatives are far, far worse. But wait, there’s more. Lithium-ion batteries contain more cobalt than lithium. Sixty percent of the world’s cobalt is mined in the Democratic Republic Of The Congo, mostly by children. The next time someone talks to you about “energy independence” as a benefit of electric vehicles, ask that person how they will feel when the Congo is a center of global power and contention.

Oh, and then you have the rare-earth situation. We need rare earths to make the magnets that twist electric motors. China mines more rare earth than the rest of the world combined. The Japanese are worried enough about the future economic implications of that fact to devote a considerable amount of effort to processes that might create ersatz rare earths, kind of like German chemists in underground bunkers during World War II trying to make rubber after the British overran the rubber plantations.

None of this matters much in 2019, when electric cars are mostly playthings for rich people, the same way the health effects of diesel weren’t as significant when most cars on the road used gasoline. In the “electric future,” however, that will no longer be the case. The automakers know this, which is why they babble so much about the virtues of electric cars while keeping the F-150 lines running at full capacity. They know that there is no practical way to build an electric-car future with the current technology. Their business model basically has a large space in the middle labeled: A BATTERY MIRACLE HAPPENS HERE.

If they get that miracle, it will all work out. If they don’t? Then the “electric singularity” is never going to happen. Period, point blank. In that scenario, the mobility needs of everyone outside a major city will have to be met by fossil fuels for the foreseeable future.

And what happens if we run into a situation where the politicians won’t accept the reality of the situation, as they did in Europe when the first reports of diesel deaths occurred? In that case, you might already own the last gasoline-powered truck you’ll ever buy—and you’re going to have to make it last forever. 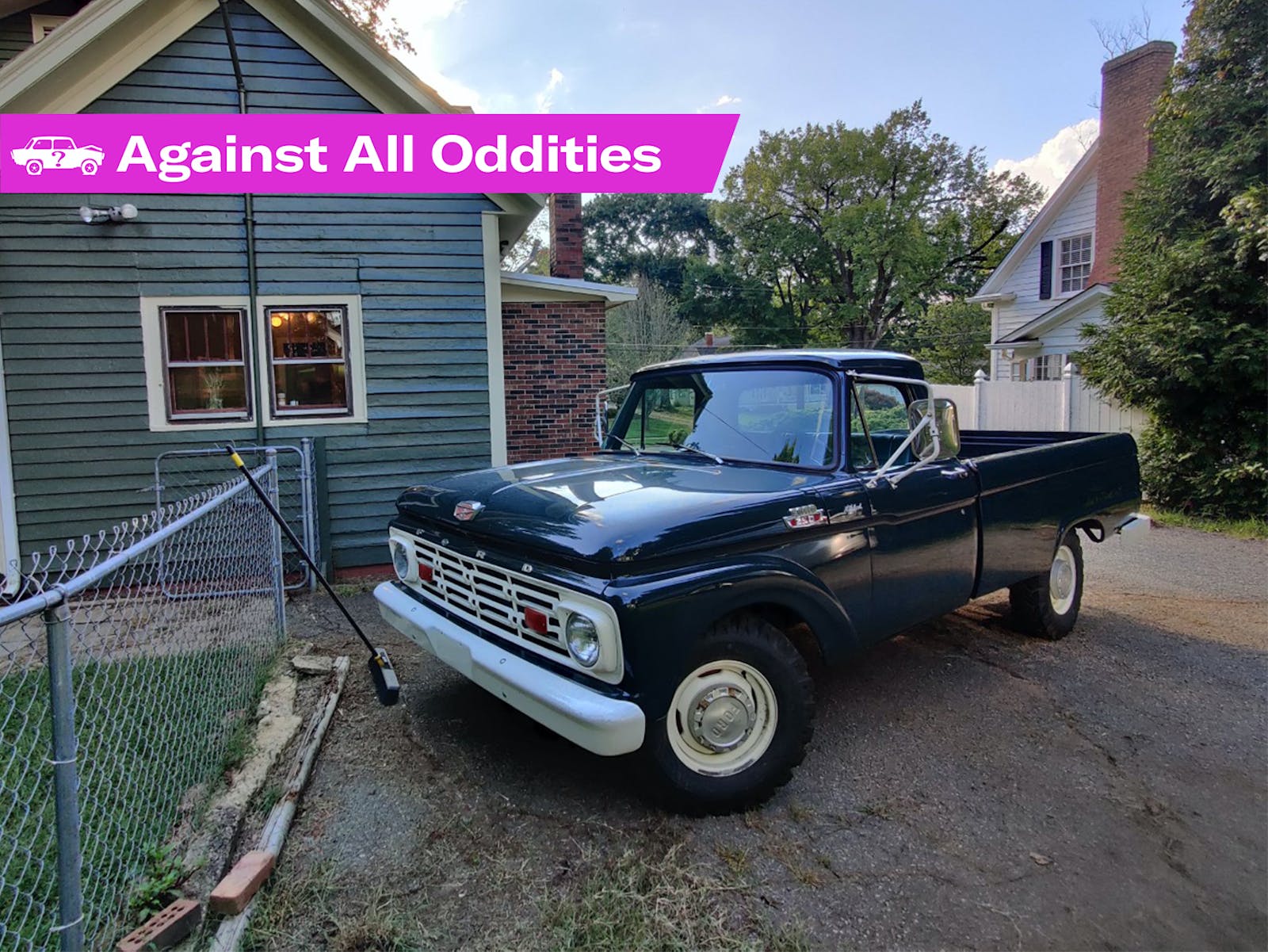 Get an insurance quote
A Story About
Leave comment
Read next Up next: Watch an unholy quad-engine Lada come to life