Today was shaping up to be one of “those” days. Sometimes, one solitary day off is not enough to shake the defeat of the previous week. I had a large deal fall through, costing me well over a thousand dollars (a conservative estimate). Worse yet, I had yet to sell a single car this month. It was my turn to work service, which meant getting to work an hour and a half earlier… unless, of course, one were to mess up and realize too late that they had worn Chucks instead of dress shoes. My appointments were no-shows. I’d forgotten to pack a lunch in my rush to get out the door. To top it all off, rain had started to fall, heavy and often.

Today was a do-or-die day, and nobody knew but me. The glow of the computer monitor in my darkened office highlighted the worst of my features – the sunken eyes, the unkempt stubble, the frown of a thousand doubts beginning to form on my face. I decided to attack the day with whatever remaining gusto and vigor I had left. And then, the phone rang.

Just like that, I sold a car. I grabbed a shiny new crossover from the lot, sent it back to detail, and began organizing the necessary paperwork. Our cashier dropped in. Handed me a receipt and eighteen dollars, reimbursement for some long-forgotten office supplies that I had purchased weeks prior. I had eighteen dollars to my name until payday and approximately an hour and a half until my clients showed up to take delivery of their new vehicle. The hunger headache that had been slowly building to a crescendo in my head had finally won over. I decided to go to Steak & Shake.

What does vindication taste like? A big, fat, greasy double cheeseburger with fries and orange soda.

I hated selling cars. When it was good, it was really good – few things in life have measured up to the high I’d get from selling three cars in one day. Those days were few and far between, though. It was entirely possible – and unsettlingly common – to go a week or more without even a single sale. It wasn’t long before I wanted out.

I called in a favor with an old friend, and he set me up with a counter sales job at a NAPA Auto Parts store in my hometown. Despite the low pay and long hours, it was the best “real job” I’ve ever had. As both the youngest and the newest parts guy at that particular store, I often got assigned the more hands-on tasks, like putting away stock, making hydraulic hoses, mixing paint, and turning brake drums. I even learned how to drive a forklift, which, for my money, is about the most fun you can have on four wheels. I learned a lot about human nature, too.

Our store had a lot of commercial customers, but we also got regular folks walking in off the street who needed a brake light bulb or an air freshener. I can confidently say that I was privileged to observe the full range of the human experience while working the parts counter. My experience isn’t unique. Coming up on two decades ago, I discovered an excellent website, Going Faster, written by one Christopher Shields of Mississippi. Of the many anecdotes he’s shared, his “Tales from Behind the Parts Counter” page has always provided the greatest number of laughs.

Shields, too, spent time as a parts counter guy, and when I started my job at NAPA, I wondered if I’d get any humorous anecdotes like his. Here are three of my favorites, written down when the memory was fresh to share with a few close friends. Now it’s your turn to hear them.

Today, a woman came into my store, brandishing a gift certificate she obtained from a car show. She wanted to buy some wiper blades for her Cobalt, but she wanted to keep the price as close to the value of the gift certificate as possible. However, she wanted “good winter blades.” I showed her our cheapest blades, and the nice Bosch blades that I put on my wife’s car, which are about $14 more for the pair. Naturally, she balked at the price of the Bosch blades, choosing the cheapy house-brand blades instead. Fine; they’re what I have on my car, anyway.

After all is said and done, she owes me thirty-four cents. She spends about three minutes digging in her purse and the change pouch of her wallet before she sighs and says “I guess I’ll have to break a dollar.” I give her her change, and she says “You’re gonna put these on for me, right?” That’s common practice at the Other Guys, but not at my store. No problem… she spent $0.34 in my store; it’s the least I could do, right? As I’m changing her blades, which are TOTALLY roached, I mean the rubber was harder than a word problem, she snatches them out of my hand and stuffs them back into the boxes the new ones came in. All the while, she is whining about this car show she went to, and how our store was the only one in the community to give out free stuff. “I mean, how can people be so cheap?” she said. I shrugged, wished her a Merry Non-Denominational December Holiday™, and walked back inside.

There are two kinds of people in this world – givers and takers. It’s normal to alternate between the two at different points in your life, and if all goes according to plan, you more or less break even. I think this lady was one far more often than the other, though.

Phone call from a mechanic at a shop we wholesale parts to:

“Think of it as the atmosphere that surrounds your being.”

Date Unknown – Some time in February 2015

There’s a meme making the rounds in all the Facebook car groups about how dumb us counter guys are, because we ask for the year, make, model, and drivetrain of your vehicle before we’re able to look up any data. There’s two reasons for this – one, we don’t want to be held accountable for any mistakes. If we think we know something off the top of our head, it’s best to check, just in case we’re remembering incorrectly or there was some weird production split that we aren’t aware of. You’ll have to excuse us humble mouth-breathing, knuckle-dragging parts guys for not knowing the size of the wiper blades of every car ever manufactured off the top of our head. Two, our systems are often antiquated and linear in such a way that we’re quite literally locked out of looking up anything unless we select a specific vehicle first.

It’s early evening, all of our big shops are more or less done for the day and things are pretty quiet. Two guys in their mid-twenties walk in asking for valve cover gaskets for a Chevy 350. I ask for the year, make, and model, and, emboldened by the newly-popular meme, they immediately cop an attitude with me. They’re not giving me much in the way of info. After some back and forth, they finally tell me that they’re working on a V8-swapped third-gen Camaro. They aren’t sure what the engine came out of, but it shouldn’t matter because “small block Chevies all the same,” and I should know that. I keep my mouth shut. The customer is always right, after all.

I suggest the nicer Fel-Pro silicone/rubber gaskets, which are both in stock (important) and superior to leaky cork gaskets in every way. Even though I apparently don’t know the first thing about cars, they take my advice. I go and fetch them the gaskets, ring them up, and cheerfully wish them well on their project. About ninety minutes later, shortly before closing, they’re back, looking tired, sweaty, and greasy. The more belligerent of the two shakes a fistful of Fel-Pro at me, shouting “These don’t fit! You sold us the wrong gaskets!” I politely inform them of the perimeter-bolt/center-bolt changeover, as well as the asymmetric perimeter-bolt setup seen on very early SBCs, and explain how I sold them the gaskets most likely to fit with the limited information I was given. I offer to start over from the beginning so that we can sit in a circle, hold hands, sing kumbaya, and determine, together, what parts they actually need.

The customer has now begun to calm down, slowly accepting his role in this mess. He remembers what engine he has, now – it’s an L98 TPI 350 from a wrecked ‘89 IROC-Z. According to the customer, he “ripped all that computer crap off of it,” replacing the fuel-injected tuned-port manifold with a four-barrel carburetor atop an Edelbrock (naturally, he pronounced it “Elderbrock”) manifold. These later Gen I SBCs had a different head/intake manifold angle, and I momentarily wonder if he experienced this same mix-up when he ordered the manifold and gaskets.

I find the correct center-bolt valve cover gaskets, grab them from the back, and ring the customer up. He asks if he can exchange the gaskets he originally bought, and I explain, in my best Customer Service Voice™, that we cannot accept returns on Fel-Pro gaskets that aren’t in their original packaging. Thankfully, all of the fight has left him by this point, and he accepts his fate. I have a feeling that this guy has had a lot of hard lessons in his life, and as those go, this is probably one of the cheaper ones. Besides, I’m sure he’ll find a use for those gaskets someday. SBCs are all the same, after all.

Cam VanDerHorst is a stand-up comedian and lifelong car enthusiast from Cuyahoga Falls, Ohio. He doesn’t understand why he’s not allowed to interact with customers directly anymore. 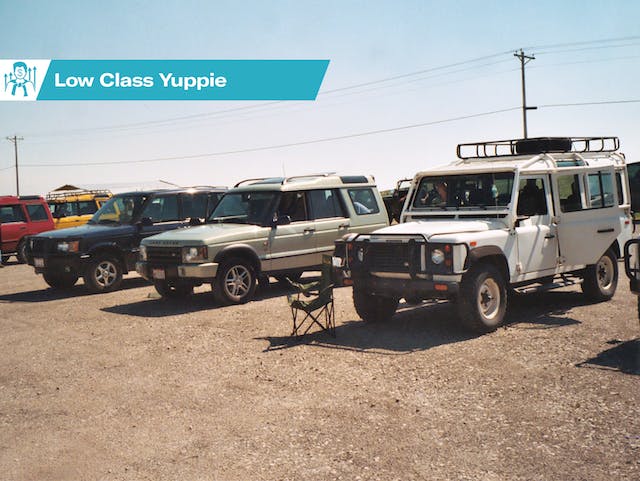 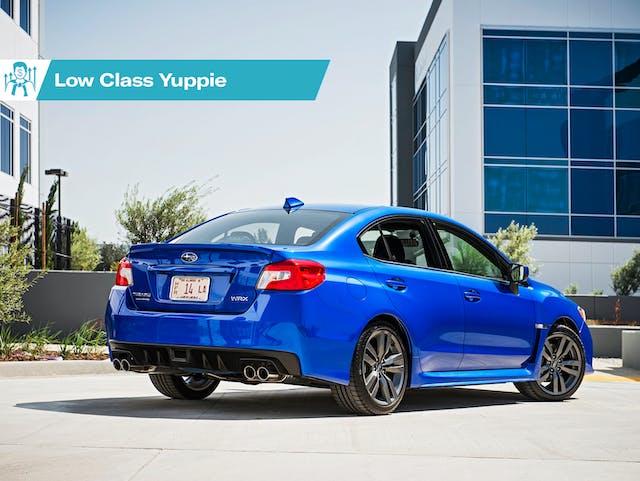 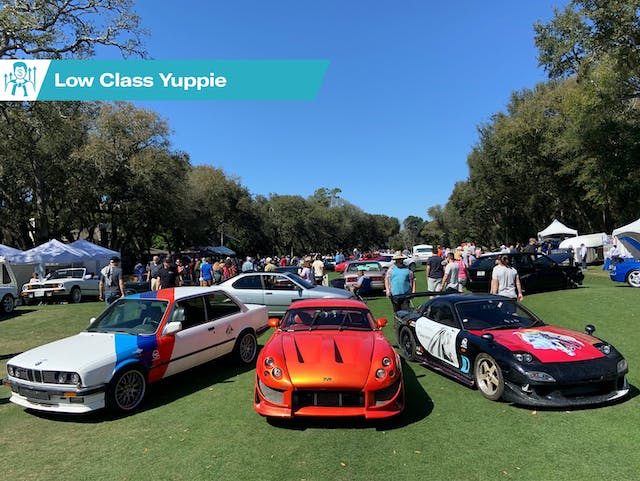 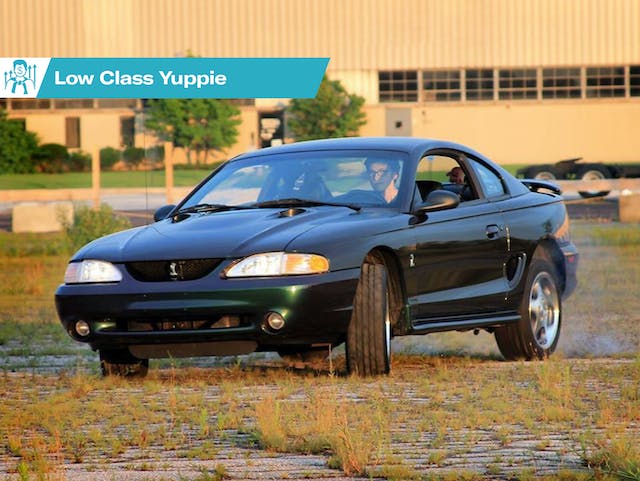