Cadillac has always been special to me—and well, a lot of people. For decades they made impressive, beautiful, powerful cars. That continues to a certain extent with the CT5-V Blackwing, though that era is sadly drawing to a close as I type. But the lineup of GM’s luxury marque has certainly been whittled down over the years, particularly the last 10 or so. Dealerships that once offered a wide variety of swoopy, swank, finned confections now largely offers rather staid—if still plush—crossovers.

Crossovers: take a sedan, make it heavier, give it poorer handling and a higher center of gravity, and replace the trunk lid with a hatchback … voila! But I prefer sedans. And I see I am digressing already. But in 1941, the Fleetwood Series 75 and its lesser known sibling, the Series 67, were the biggest, finest Cadillac sedans on offer. And if that well-to-do 1941 gentleman looking for a new car didn’t care for a sedan, you could still get two- and four-door convertibles and a myriad of coupes.

All 75s shared the same basic body with a 136-inch wheelbase and were Cadillac’s flagship models. There were eight distinct versions, with various five- or seven-passenger configurations. Formal sedans had a padded roof covering with blanked-out sail panels, eliminating the rear quarter window.

But today’s featured car is not a Series 75 but a Series 67. The 67s actually had a three inch longer wheelbase than the Series 75 Fleetwoods, but were around $400 less. Series 67s also did not carry the Fleetwood nameplate-that was limited to the Series 75 and Sixty Special sedan.

1941 was a big year for Cadillac. Model year sales hit a new record, 20,000 more than the previous milestone, set in 1937. This was partially due to Cadillac’s sister marque, LaSalle, being discontinued after 1940. In its place, a new Series 61 series replaced it, and became the least expensive Cadillac.

A total of 66,130 1941 Cadillacs were built. Styling was all new, with a large square eggcrate grille prominent-and a look that would grace Cadillacs for some time. The dual sidemount spares, long an option, were no longer available, and the famous V16 was also discontinued. Despite the 75 being Cadillac’s flagship, the Series 67 sedans actually had a longer wheelbase, 139 inches versus the 75’s 136. The Series 61, 62, 63 and Sixty Special sedan all rode a 126 inch wheelbase. The Series 67 would only be made two years, 1941-42.

With the departure of the dual sidemount spares, all Cadillacs now had a single space mounted vertically in the trunk. The fuel filler was hidden beneath the driver side tail lamp. But the big news for ’41 was the newly available Hydra-Matic automatic transmission.

All of these models were essentially the same, with the same body shell and dimensions. The primary differences were whether jump seats were installed, or whether or not a glass divider was in place. All had the same dimensions, engine, and silhouette. And all were imposing luxury cars.

As you’d guess, 1941 was the last full model year for Cadillac (and everybody else) due to World War II. 1942 models were introduced as usual, but even before December 7, production was starting to move over to war production and defense needs.

Most ’42 Cadillacs had the expected trim changes, primarily a new grille with revised parking lamps set high up in the grille. The Series 67 returned for the last time, 700 were built. When peacetime and with it, car production, resumed in 1945, only the Series 75 would return to entice fans of long wheelbase Cadillacs.

This gorgeous blue over tan example was spotted by your author on Labor Day weekend of 2014. Just a short drive from the Quad Cities is the small town of McCausland, Iowa, and every year they have a very good classic car show. I almost always see something extra rare and interesting. I thought it was a Series 75 from its long wheelbase and jump seats.

This year it was this blue Cadillac that blew me away. It appeared to be a late arrival, as it was at the very end of the show area (which essentially takes up the entire town) and was parked amongst late-model daily drivers. I’m glad I took so many pictures. Not just because it was a beautiful car, but because I haven’t seen it since! 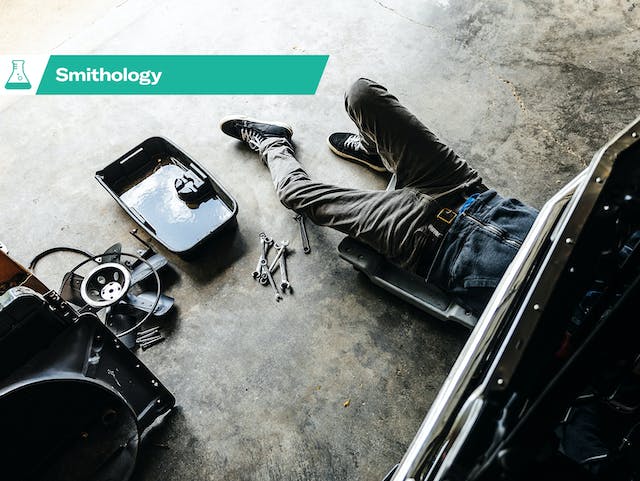 Smithology Smithology: Perhaps we should run to the parts store and buy more Brakleen
Sam Smith 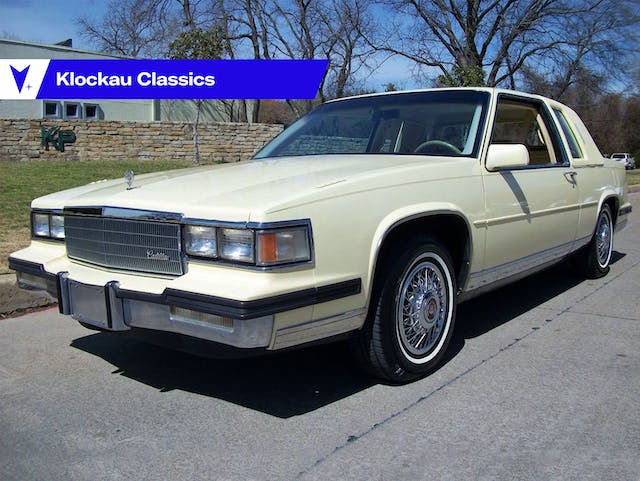