Today we discuss the Lincoln Mark VII, specifically the 1986 Bill Blass version. A car I still find timeless and attractive today. It was the longest-lived of the Mark Series, available from 1984 through 1992. Lincoln has definitely changed since I was a kid in the ’80s. For most of my childhood and early adulthood, there were three Lincoln models and they were all cars: The Continental, the Town Car, and the Mark. No sport utility vehicles, no crossovers. All chrome-encrusted and plush; Ford Motor Company’s finest. And each Lincoln model was clearly defined in the lineup, with a specific clientele in mind. Showroom material of the period made special note of it.

The 1986 Mark VII brochure, for instance, told prospective customers: “While what Lincoln automobiles have in common is impressive, what perhaps is more impressive is how they are different from each other. For each addresses and fulfills a different luxury need. The 1986 Lincoln Mark VII, for example, satisfies not only the craving for comfort, but the passion for performance… the Lincoln Continental is a truly contemporary luxury automobile, a marvelous commingling of high technology and high fashion. And the Lincoln Town Car continues its tradition of uncompromising ride, room and comfort.”

By the early 1980s, the market was quite different from when the 1969–71 Continental Mark III came onto the scene. Pricey European makes were rapidly converting luxury domestic buyers save for the staunch Greatest Generation, who generally preferred their Lincolns, Cadillacs, and Chrysler New Yorkers to any BMW, Mercedes, or Audi. But those pesky Baby Boomers were throwing a wrench into traditional Detroit Broughamage. Detroit decided they needed to make some new moves in the luxury arena.

Ford Motor Company’s rapid recovery and modernization in the early ’80s led to some very appealing designs as the decade advanced. Smooth, modern styling began with the totally revamped 1983 Thunderbird, which was a breath of fresh air compared to the rectilinear 1980–82 model. Although both the 1980 Square-ish Bird and the 1983 Aerobird were based on the Fox platform, the visual difference was night and day. Customers loved the new car, and the ones who didn’t found some solace in the squared-off roofline of its Cougar sibling. The Aerobird set the template for Ford Motor Company’s design theme for the rest of the decade. In 1984, it was Lincoln’s turn, as the Panther-based, short-wheelbase Mark VI gave way to the swoopy new Mark VII.

It was a beautiful car. The family resemblance to the Thunderbird and Cougar was there, but the Mark was, in your author’s opinion, the best looking of them all. As it should be, given its premium pricing. Nearly all of the 1970’s Mark styling cues were gone: no bladed fenders, hidden headlamps, oval opera windows or padded Valino grain vinyl roofs. In their place was the smooth silhouette of a trim, stylish, modern luxury coupe.

Which is not to say that the new car was not recognizable as a Lincoln: the hood ornament, Rolls Royce-style grille, and plenty of chrome trim all gave the customer useful hints. Despite that, however, there was no question this was a new direction. Lincoln’s future.

I remember being at my grandparents’ house one day around 1985. They had been thinking of finally trading in my grandfather’s mint-condition midnight blue 1977 Mark V. But Grandpa Bob wasn’t sure what to make of the new VII. It had nothing to do with the price, it was just the new coupe was a bit too low-slung and swoopy for his sense of style. The Mark VI had not been to his taste either; it was just like his V, only smaller and more expensive. So why buy? And that was why the Mark V stayed in their garage for 10 years. He just didn’t see the Mark VI or VII as an improvement.

Ultimately, Bob and Ruby passed on a Mark VII and got a 1987 Continental sedan instead, right before the front-wheel drive 1988 Continental came out. Why? Well, it still had a lot of the Mark cues, and just had a more formal overall look. And it was a great car for them; they enjoyed it a lot.

But I digress! When the Continental Mark VII debuted, the scene-stealer was the Luxury Sport Coupe, or LSC. With blacked-out trim, blackwall tires (on a Lincoln? Ye gods!), analog gauges and an up-rated suspension, it was highly recommended by most road testers, and well-loved all the way through the VII’s run, which ended in 1993. Despite the LSC being the best remembered (perhaps rightly so), there WAS a full lineup of Mark VIIs from the beginning in 1984. Models included the standard Mark VII, the Bill Blass and Versace Designer Editions and, of course, the LSC.

The Valentino was short-lived, lasting only through 1984–85. Starting in 1986, the same year of our featured car, the Bill Blass became the sole Designer Edition Mark VII.

Of course, the Designer Series itself had been around since 1976, when Cartier, Givenchy, Pucci, and Bill Blass versions were offered in unique color combinations and priced above the standard Mark IV and Luxury Group versions. It was a brilliant idea: take a top-of-the-line luxury coupe and doll them up even more, for a premium price. In the ’70s, they were the ultimate Marks.

By 1986, each Lincoln model had a Designer version: Bill Blass Mark VII, Cartier Town Car, and Givenchy Continental. Of course, being a two-door, the Mark VII was the sportiest. You’d be right at home at the yacht club or golf course.

One nod to the Mark’s illustrious past was seen in the spare tire hump, which was now a shadow of its former self. Would a tire hump straight off of a Mark IV or V, with the little chrome letters, have looked right on such a modern design? Not likely.

One tired chestnut certain bloggers like to trot out is that the Mark was “just the ’83 T-Bird with some Broughamy bits tacked on.” In reality, the Mark VII was designed first. All the sketches and hard points were complete, but FoMoCo wanted flush composite headlamps instead of quad sealed beams like the Thunderbird had. So it was decided to let the Continental Mark VI carry on for the 1983 model year, so that the new Mark would have the modern headlights from the first. The T-Bird was designed from the Mark, not the other way around. And now you know the rest of THAT story, as the late, great Paul Harvey may have said.

The 1986 Mark VII Bill Blass was offered in one color combination: Sandalwood Clearcoat Metallic over Dark Sandalwood. Interiors were done in Sand Beige, and were available in a cloth/leather combination, Ultrasuede (as seen on today’s featured Mark VII), or full leather.

The Blass Mark VII had an MSRP of $23,857. As with all models, they had an overall length of 202.8 inches and a 108.5-inch wheelbase. All were powered via a 5.0-liter, 302-cubic-inch V-8 with multi-port fuel injection. Power was up for 1986, to the tune of 150 horsepower for the standard and Blass Mark VIIs. Standard equipment included anti-lock braking, four-wheel disc brakes, electronic air suspension on all four wheels, and automatic level control.

20,056 Mark VIIs of all types were built in 1986. The base Mark VII coupe was dropped after 1987. From that point on, until the end of the line in ’92, only the LSC and Bill Blass versions were available.

I saw this Mark VII at the 2014 LCOC regional meet in Rockford, Illinois, and was impressed with its condition. It was essentially showroom new. I hadn’t seen one this nice in a long time, and was smitten. I especially liked the Bill Blass-specific pinstriping, done in Pewter and Bright Blue. The combination, along with the Ultrasuede interior, whitewall tires and spoked aluminum wheels made for a very swank looking car.

These are modern classics. They have an elegance that transcends their 1980s origin. Heck, the fact that they lasted all the way to 1992 with no significant changes other than interior trim and wheel options proves it! Maybe it shouldn’t have been in the lineup that long, but even at the end in ’92 it didn’t really look like a dated ’80s car.

Smithology Smithology: The thrill of Kenny, the agony of the foot
Sam Smith

Opinion Would adding a stick-shift help you love an EV?
Don Sherman 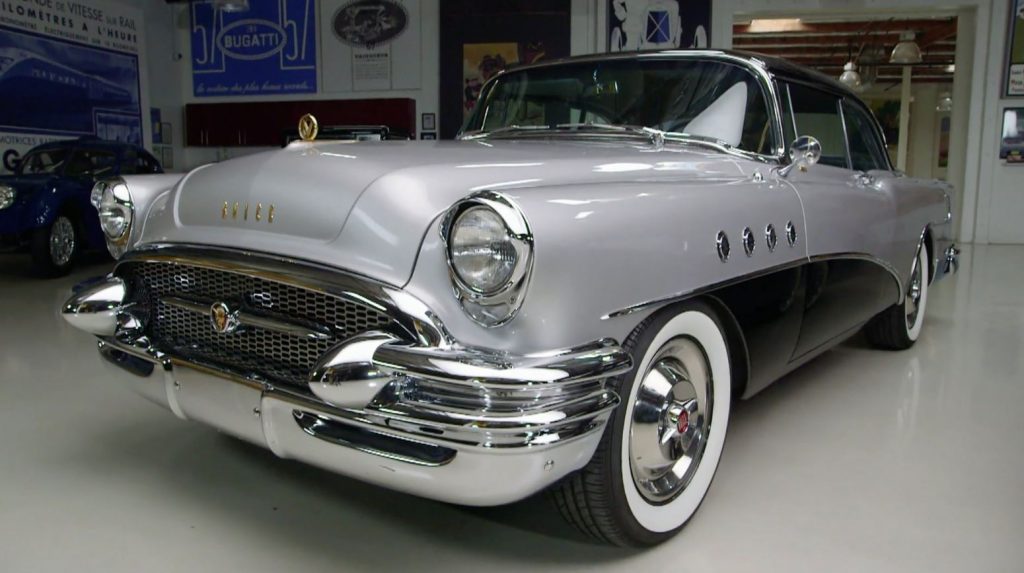