There’s a term known as “impostor syndrome,” the feeling a person gets when they doubt their own accomplishments and irrationally fear being outed as a fraud. As a somewhat-known figure in certain small Internet circles who was broke and living with my parents all of five minutes ago, I’ve fought a few bouts with this phenomenon. The worst cases occur with a few of my better project cars—more specifically, at the point in my build that my car, after all the money and effort poured into it, bears no resemblance to my usual rough-around-the-edges projects, and I’m just waiting for someone in authority to tell me that I don’t have any right to own it. Actually, I kind of hope that last part happens because that would mean I get to finally stop spending money like I’m speedrunning bankruptcy.

You see, I bought what was, by all measures, the most famous Lamborghini Murciélago in the world, for a price that was, by all measures, the cheapest in the world, with the intent of fully restoring it on a budget. However, I quickly realized that slapping some duct tape and Bondo on a haggard Lambo was a really dumb idea if I wanted to show this car to anyone with functional retinas, so I ordered parts and services to restore the car to a condition befitting its provenance. After all, this car may very well be a hilariously expensive bad decision for one very lucky (and probably very drunk) rich guy at the next Barrett-Jackson auction, so it’s best I actually make the car good.

And that’s where the trouble started.

Last year, when I rebuilt my first Lamborghini, I used the services of a local body shop that had a stellar track record with repairing off-lease cars for Lexus dealers in the area. I figured that if the shop was good enough to fix grandpa’s dented LS460, it was good enough to remove the very, very slight burn marks that adorned the entire driver’s side of my otherwise pristine Lambo. That, and the completely melted side skirt.

However, this year, that body shop was a bit more standoffish about the new project and stopped replying to my messages after a short conversation about what I wagered the car would need. Not only would this project call for a full paint job instead of a spot repair, they would have to work with the interesting bodywork the production company did in order to complete the filming, “interesting” being code for “bloody awful.” I don’t blame them for up and vanishing like a fart in the wind, but as the saying goes—when a door closes, a window also closes—on your fingers. That’s how it goes, right?

I frantically looked for body shops that wouldn’t mind working on the world’s worst Lamborghini while being filmed by a weird guy with a selfie stick. A place called Color Recon stood out to me, mainly because they were

I trailered the aging movie car to the shop and envisioned a “Pimp My Ride”-esque scene where all the workers took one look at the car and threw their oily rags to the ground in protest, before the boss wrangled them up and discussed a detailed plan that had a 98 percent chance of a fish tank install.

Reality, as you may have surmised, was a bit different.

Juan, the shop’s owner, walked around the car with the same kind of enthusiasm you’d find in a seasoned drill sergeant examining the FNGs arriving at basic training. I promptly did the thing you should never, ever do in the presence of an actual expert: optimistically pretend you know what you’re talking about.

“I’m thinking this can just be sanded down and we can re-clear it,” I said. “There are a few areas we can repaint, but it doesn’t look that bad.”

Juan gave me the expression he reserves for idiots.

“WHAT?! This whole car needs to be stripped back. All the paint has to come off. This body work is horrible, and I’m not sure it can be saved without a lot of work. Everything has to come apart.”

“There are no good parts.”

I immediately felt a sense of relief because, at last, my car was in safe and capable hands, but I couldn’t shake the notion that this would probably be a bit on the expensive side, so I made the executive decision to extend the budget like it was going to lead to a government shutdown if I didn’t. I metaphorically braced for impact, then asked the affable Juan what it would cost to make this project happen.

I should have braced for literal impact.

Now, while some of my readers are seasoned veterans of taking their cars to shops and throwing a giant sack of currency in the owner’s general direction, this approach was new for me.

Here are a few fun and/or troubling facts I learned when taking apart my Lamborghini Murciélago:

However, all that was more or less par for the course as far as a cosmetic restoration. What I didn’t anticipate was that I’d get a call on a Friday morning from Juan, saying,

“Hey man, we took a look at that back bumper and it would need 150+ hours of work to make it look right, and it still might crack afterwards. Can you get a new one?”

The rear bumper had been made in-house by the production team. In fact, several of the bumpers had been made because they’d repeatedly broken during filming. It gives me an appreciation for film studios and their ability to make parts in a short time frame, but it also horrifies me to know exactly how hard my car was used in its previous life.

The bumper fitment was questionable at best, but I’d figured I could get away with some light bodywork and have it look like it came out of the factory, an opinion based on zero hours of working in a professional body shop.

The film studio’s in-house bumpers were replicas of a super-rare, made-to-order Veilside aftermarket rear bumper that cost $5000, in the “cheaper” fiberglass variant. Since I already had a brand new Veilside front bumper, I knew exactly where to get one. Joy of joys, they had a rear bumper in stock, which took care of the usual 60-day waiting period. It was expensive, but at least it was the last of the truly big expenses I had to endure on this project.

Or so I thought until I got the email that said they were out of the cheap fiberglass ones and only had the more expensive carbon-fiber bumper in stock. I could wait 60 days (or more) for the next shipment, or I could pony up

For the carbon-fiber variant. And because time is money, I ponied.

Immediately I thought of the downtrodden masses in the developing world, and trying to explain to some of them how it’s totally reasonable to spend the equivalent of five years’ salary on a shiny piece of bodywork that covers the back of a car that likely won’t be driven much. There’s no getting around the fact that I could buy a brand new Fiat 500 and have $1000 left over for the cost of two bumpers on this car. That said, the bumpers would probably be a little more reliable.

A few days after that wallet-destroying event, the shop owner told me that it was time—my Murciélago would finally be going into the paint booth to get its color, and I rushed over to see what all the hubbub was about. I’m glossing over the weeks-long process of getting the body ready because it involved an insane amount of joints being rubbed raw, and about $1000 in sandpaper alone. Rest assured it was block sanded and primed multiple times and slurs were hurled at it in fits of rage at several points—the true hallmark of a great project.

As my car rolled into the booth, the masked-off shell resembled the body-in-white state that all cars have before they’re assembled at the factory. Every panel was perfect and straight as an arrow.

The oddly placed dents on the wafer-thin metal roof were gone. The previously cleft-in-twain side skirt had received a complete Bondo-ectomy, was repaired the right way, and looked just as high-quality as its counterpart. The windshield was removed, all remnants of the troublesome window urethane were gone, and the spoiler that had been previously held on with self-tapping screws was removed and now had all of its numerous fiberglass cracks filled in. It was, for all intents and purposes, flawless.

Most car painters will tell you that painting is the easy part—the real iceberg lurking underneath the water is the prep work. While technically true, having a painter worth his salt isn’t the most common thing in the world and it’s also very important to the quality of the final product. At this stage, any paint runs would likely be sanded out—but not having nibs, fish-eyes, or any other weirdly-named imperfection would save a ton of time later on. Not to mention the paint wasn’t cheap, at $1400 per gallon, and we needed two gallons to coat the car. Seven coats of clear would follow, to give a shine deeper than (insert porn reference here).

The actual painting part, while not the easiest thing to accomplish with a ridiculously wide and low-slung car in 90-degree temperatures with 70 percent humidity, went by quickly. An hour or so in the booth and all the coats were on, and I waited for all of five minutes before going in and gawking at the marvel in front of me.

The color was the same as what the Fast 8 studio had slapped onto it, but where the previous job was a rushed mess, the resulting product that stood before me was positively masterful. It looked like glass. The color shifted red depending on the angle, and it had a deep, deep pearl flake that made itself very apparent when the light hit it just right. It was no longer some cheap Lamborghini used in some movie—it was the hero car portrayed in a world-famous film franchise as a “million-dollar show car.”

Finally, the car was becoming the sought-after, unobtainium supercar that I’ve always imagined it to be, and despite some quite large sums I had to pay, the budget is in line for what a sorted example of a manual-equipped Murciélago could fetch at an auction. Now all it needs is an interior. And new tires. And new brakes. And suspension. Well… those all sound cheap to do, right?

Maintenance and Tech Looking for answers about mechanical ignition? Check out this FAQ
Rob Siegel 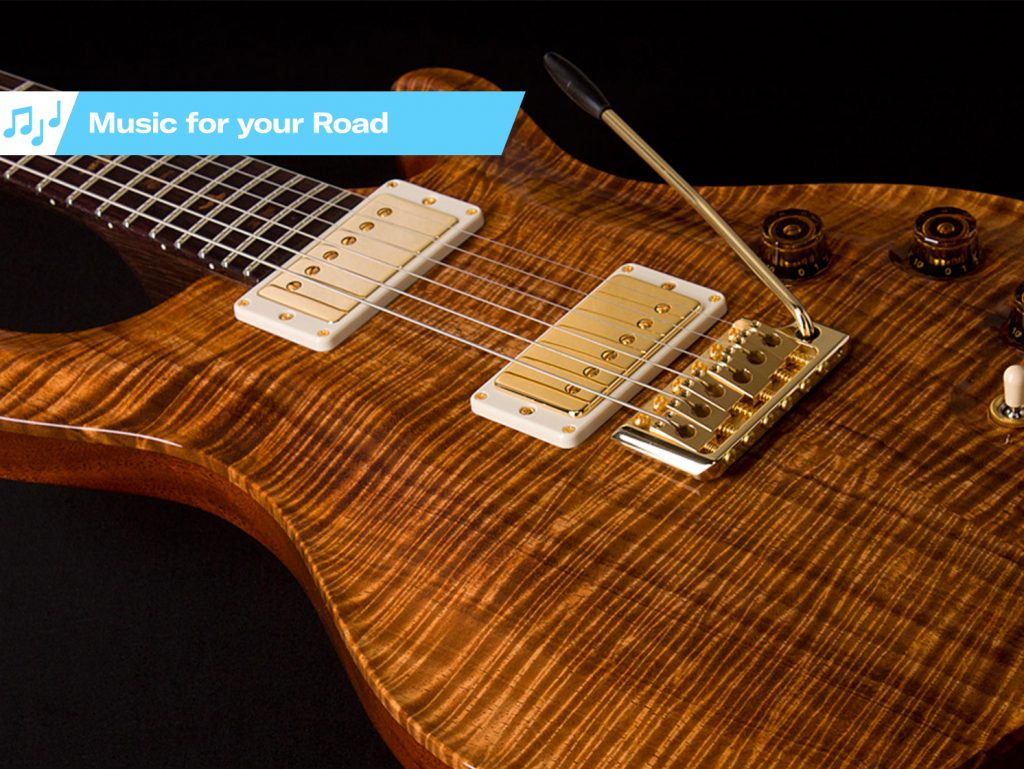 Opinion Music For Your Road, no. 5: The Guitars that Took Over the World, Part 1
John Marks 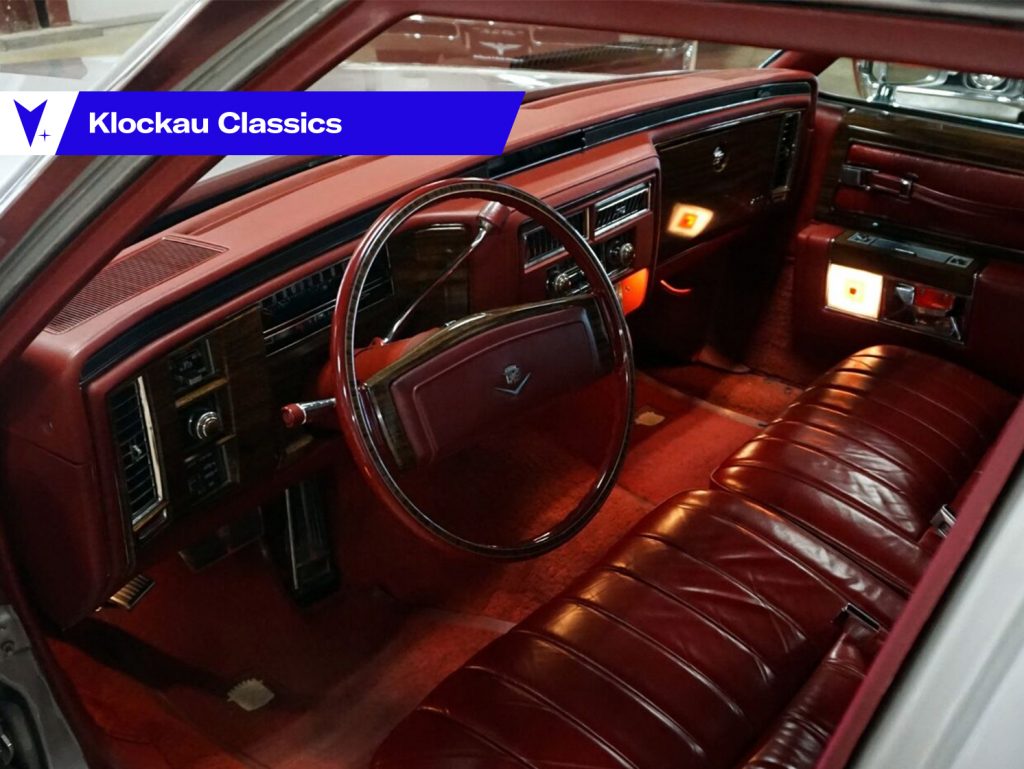