Avoidable Contact #55: Somewhere out there in the social distance

On my third lurid loop around the two-lane roundabout, the insides of my forearms primly pressed together (as Judith Krantz once famously wrote) in a bit of the old ultra-opposite-lock and a Skip-Barber-surplus 2011-date-coded BFGoodrich G-Sport tire gently smoking beneath the left rear fender of my (wife’s) Skip-Barber-surplus 2014-date-coded Mazda Miata, I saw the vanilla BMW X3 and its two determinedly vanilla occupants preparing to join me in my circumnavigation. I was taking up all of my lane and a good bit of theirs, a bit of a pain in this state of affairs, so I straightened the wheel and brought the back end to heel, exiting to the west and hoping for the best.

The X3’s driver saw me, probably because she’d heard me screeching around immediately prior, and did me the courtesy of staying in her lane rather than swinging wide and obliterating the whole side of a car, which would have survived three years’ worth of abuse at the hands of Skippy instructors from Laguna Seca to Road Atlanta and two years’ worth of SCCA Time Trials only to finally get bashed up in a suburb at 30 mph. So far so good—but her eyes were so glued to my bright-red Miata that she promptly went wide and ran the bright-orange Miata which had been circling behind me into the oncoming lane. No harm done; the road was empty and Danger Girl, my long-suffering spouse and fellow four-cylinder pilot, had plenty of room to adjust accordingly. Still, I suffered more than the usual mild narcissistic injury in watching this drama play out via rearview mirror: That mommy, and her mommy-wagon, aren’t even supposed to be out here on the road!

It’s true. The State Of Ohio has enacted a set of rules for social-distancing which I will now call the “Chuck Berry law”: you’re only supposed to be riding along in your automobile if you have no particular place to go. There are exceptions, of course. The people who actually make the world run—the ones which Gary Sinise famously called “Morlocks” in a Mel Gibson film, referring to an H.G. Wells film—are still out there. Nothing’s changed for the grocery-store employees, auto mechanics, and Wichita linemen of Ohio. You’re also allowed to travel for “outdoor activities,” which explains why my local mountain-bike trailheads are as crowded as Costco on the mornings when they release specially-curated aliquots of toilet paper. (Ali-what? Sorry, it’s a word that annoys me every time Peter Watts uses it in one of his great books, so I’m inflicting it on you here. It means “sample, or dose, of a larger whole.”)

Everyone else should be at home. All the $75,000-and-up fancy shopping carts on stilts should be solidly ensconced within Hardie-Planked McGarages. The roads are intended to be empty. Which is why I suggested that Danger Girl and I liberate her pair of road-going Miatas (there’s also an MX-5 Cup car and a parts car in her stable, because Miata ownership often is indistinguishable from alcoholism) for their first shot at a spring drive. Her 30th Anniversary ND-generation car started right up; she’d put just 131 miles before winter laid a showstopping blanket on us and froze it in place for a hundred-plus days. The old NC Club didn’t even bother to click when I turned the key. I charged it off our truck enough to get the fuel pump running, then rolled it backwards and popped the clutch. Frampton comes alive. My 10-year-old son chose to ride shotgun in the new car (“the orange one is, like, a hundred times nicer”) and off we went.

It’s a few miles from our nondescript home to Route 257, which runs along the river north of Columbus. The first vehicle we saw was a droptop 911 with kids in the back seat. The next four vehicles we saw were liter-class sportbikes. A titanium-piped G37S coupe about half an inch from the ground motored into our convoy, followed by a TSX on OZ Racing wheels. So this is how it’s going to be. Game on.

I briefly owned a “C”-package NA-gen Miata back in 2002; back then you weren’t always surrounded by a wall of white-and-black steel everywhere you went, because the family sedan had not yet yielded to the family GLS550 and the family F-250. That’s how it was again, this past Sunday afternoon. We could see in all directions, because even when we had company on the road it was company of the Corvette and Civic Si sort. The omnipresent suburban roundabouts, added in the years between 2002 and now in an attempt to either emulate Europe or keep the local body shops humming, became impromptu skidpads. When I spotted an empty one I’d twirl my finger in midair above the Blackbird Fabworx rollbar: all Miatas behind must also drift. Nearly every fast corner on 257 was open, although the prospect of visiting a hospital under the current conditions put a weapons-grade damper on our outright pace. Never did we roam more than 20 miles from home, just in case there was an eruption of civil disorder which would leave us stranded in rural Ohio with two Miatas and zero Level IV body armor.

We were surrounded in slightly incredible numbers by the enthusiasts, the fanatics, the drivers emerging from long-darkened garages with blinking, bewildered eyes. C7, C6, C5, C2(!). A fellow on a Ducati Panigale lifted his front wheel in exuberance as he passed our little convoy. Then there was a brief confluence of Little Japanese Cars which I hesitate to mention because it sounds so made-up: a red NA came towards us on the river road, flipping its headlights up and down in the Universal Greeting, just as we passed a Ceramic Grey ND parked on the river with its owner lazing in a recently-strung hammock. All four of us looked back and forth with can-you-believe-it expressions on our faces. Then we smiled in perfect unison. At a closing speed of 140 miles per hour, this happened in the most fragile of moments—but there we were, a quartet of drivers (and one passenger) briefly lifted above whatever had once troubled us, and would shortly trouble us again, by the magic of the sporting automobile; 621 bhp between us—that’s not enough to back a McLaren out of the garage!—but sufficient unto the joy was the horsepower thereof.

We returned to a slant-lit cul-de-sac animated by laughing children and lounging parents, neighbors who haven’t spoken in years communicating at the recommended six feet of distance or slightly less. A few of the kids came over to look at the cars, which have been sitting outside motionless for months and therefore constitute a curiosity on the move. My son and I brought our BMX bikes and a stunt ramp outside. A PowerWheels variant of a Porsche 918 Spyder carried a tiny child around our circular sidewalk; it didn’t sound that different from a real 918 on battery power. The sun started to set as the voices started to echo between homes: “Time for dinner! Come home NOW!” And it was as if the 40 years of supposed progress separating my childhood from now had slipped away unnoticed. The children delaying as long as they could, then running for home. The sun over a neighborhood, which is normally hollowed out in the spring by travel and shopping and better things to do, now reimagined as a place for people to merely exist in stillness and learn to coexist. The pair of roadsters ticking softly together as the heat escaped their hoods and fenders, hazing the air above them, awaiting the next modest adventure. The distance we have been told to place between us, and the distance we have taken away. 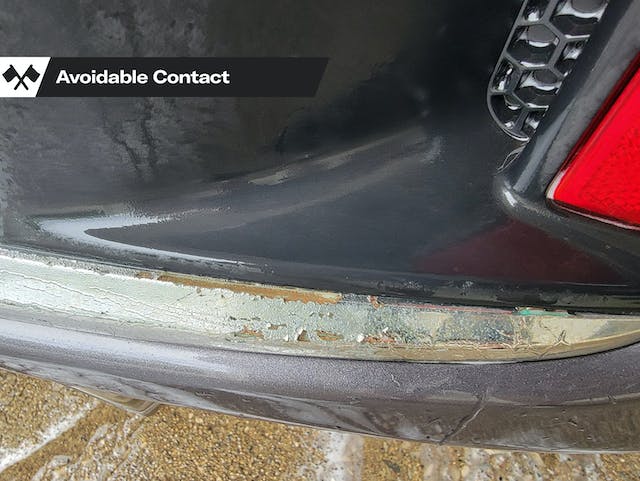 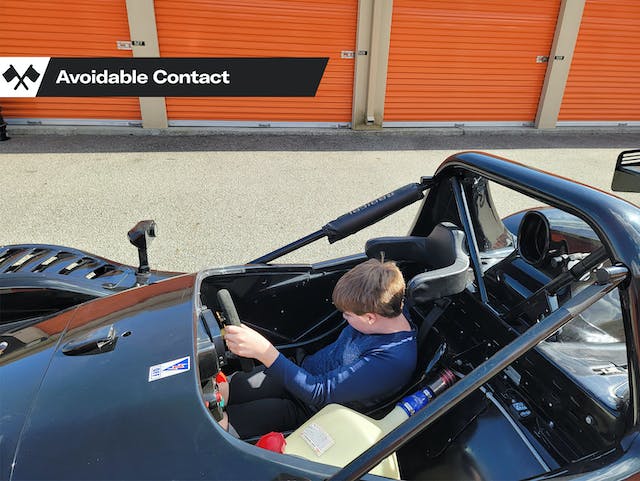