Let’s start with the over-simplified version of the story, the one you’ve already seen everywhere from newspapers of record to second-tier automotive websites: Cadillac announced it would probably be an electric-only brand by 2030, which seems like a long time away until you think about where you were in 2010. Cadillac’s dealer reps then told the dealers they’d have to spend some serious money to become “electric ready” between now and then. As is often the case, the dealers were given an alternative: they could take a buyout of between $500K and a million dollars to relinquish their franchise and walk away.

This sort of thing happens more often than you’d think, but until now it’s usually been related to aesthetics or a particular sales/service capability. You’ve probably noticed that all Mercedes-Benz dealers look alike now, and that all VW dealers look alike now, that sort of thing. Changes like that are expensive, so the manufacturers usually offer some sort of buyout as an alternative. Usually the number of dealers who take the buyout is between one and zero. Are you aware of a single Benz shop that didn’t adopt the expensive new architecture? Me neither.

In Cadillac’s case, however, approximately one hundred and fifty (150!) of Cadillac’s 880 North American dealers are reported to have said, “Yeah, thanks but no thanks, we’ll take the money and close up shop.” This was, to put it mildly, unexpected, and it has sent shocks through the industry. To begin with, in the year 2020 having an automotive dealer franchise—virtually any franchise, from Hyundai to Pagani—is a license to print money. The bad old days of dealers just going out of business are long gone, largely because managing and operating an automotive retail outlet has become a completely scientific, 100-percent understood proposition. You can become a millionaire car dealer without actually doing any car dealing; pick up the phone, and a complete team will arrive on site to run the business for you. The profits will be direct deposited so you can access them from the slopes at Gstaad.

There’s no indication that this state of affairs will change any time soon. Dealers in most states have outstanding legal protection for their franchises. Imagine the security of having a McDonald’s franchise, plus five to 50 times the profit per store, plus you get to own the land. That’s the felicitous existence of the average dealership owner. About 30,000 men commit suicide in this country every year, coming from all walks of life—except dealer principal. To my knowledge, the last suicide by a dealership owner in America happened eight years ago. Since then, about 3000 doctors have taken their own lives. The rate of doctors to dealership principals in the USA is about 50 to one.

You get what I’m saying here. Being a car dealer is great. So the decision by about one in five Cadillac shops to walk away from the business for an amount of money well below what the average principal clears in a single year—that’s kind of like finding out that one in five F-22 Raptor pilots would rather be driving an ice cream truck. It’s a genuinely astounding repudiation of Cadillac’s future plans on the part of the only people who really matter to automakers.

The media is spinning this as some sort of Luddite/futurephobic/fill-in-the-blank-ist reactionary behavior on the part of dealers, largely because they have no idea how dealerships work or how dealers think. I assure you that every dealer principal in America would switch to an all-EV lineup tomorrow and not shed a single tear, if they knew their profits would remain intact. Clearly that’s not the case. The only question is: Do they mistrust the electric vehicle, or do they mistrust Cadillac? All signs point to the latter, not the former.

And why not? Cadillac has been abusing its dealer body in egregious fashion since 1984. That’s 36 years of having to sell FWD sedans against the Town Car. Thirty-six years of engine problems from the “HT4100” to the Northstar to whatever’s going to happen with the Blackwing V-8. Thirty-six years of selling cars that have been punching bags for the automotive media; 36 years of confusing and often self-parodying nomenclature (see: the simultaneous dealership existence of the XT5 and XTS) that eradicated whatever equity the brand had. There was a four-year “Lost Weekend,” where Cadillac moved to New York and pretended to be a Zara store.

Oh, and for the last eight years the biggest Cadillac sedan hasn’t been available with a naturally-aspirated V-8, which makes sense because the first thing people think of when they think “Cadillac” is the 3.6DI bent-six as found in a baker’s dozen of cheaper GM cars. Right?

Against all of this, Cadillac dealers have had one consistent bright spot: the Escalade. The massive profits from that massive vehicle are enough to make the franchise worthwhile. The XT5 crossover has also been reasonably popular as of late, making Cadillac a two-vehicle brand instead of a singleton. If you want to understand the Cadillac dealer, you have to understand that he (or she) exists for the purpose of selling Escalades first, XT5s second, and … warranty service, also. Everything else, all the wacky sedans, all the weird names, all the talk of Lyriq and Exotiq and every other badge that would be more comfortable on a strip club road sign than on the back of a prestige car—the dealers probably consider all of that to be an elaborate and cruel practical joke played on them by people in Detroit who don’t have to show a profit on a monthly basis.

Those of you who have read President Obama’s most recent autobiography will be familiar with the part where he pretended to be a Marxist and a Foucault reader and many other things in order to meet girls. For the Cadillac dealer, pretending to be enthusiastic about the new CT4.7 V-Series-Spec-Ish is the equivalent of binge-reading Discipline and Punish over the weekend so you can drop a few well-chosen hints about it in Monday’s classroom discussion. “Oh yeah, baby, that new 2.7-liter Turbo-Four is really slick; you can hardly tell it’s right out of a Silverado work truck … so, what are you doing on Friday night? I hope it’s writing out a whole stack of Escalade ESV Platinum allocations for yours truly. Hugs and kisses XO!”

Without the Escalade, there’s no such thing as a Cadillac dealer, because without foot traffic a Cadillac dealer is more properly known as a Cadillac warehouse, and without the Escalade there’s no foot traffic. It’s crazy, I know, but people have demonstrated a real preference for rear-wheel-drive, a separate frame, and a 400-ish-cubic-inch V-8 in their Cadillacs, and they’ve been demonstrating this preference on a consistent basis since … I don’t know, the Second World War? Gosh, it’s almost like going to McDonald’s and expecting them to have hamburgers, or listening to a new Chicago album and expecting to hear a horn section, or opening up this column and expecting to read some unhinged rant from a man who thinks the VW Phaeton was a reasonable ownership proposition.

It seems obvious, therefore, that Cadillac should have been at pains to establish there would be an electric Escalade somewhere in this cotton-candy fairyland of a future product plan before giving the dealers a chance to cut bait and run. Call it the “ESCALADIQ” if you must, but make sure all your dealers have a good solid artist’s rendering of the thing in advance. ’Cause without that, the Cadillac dealership model is: sell electric cars that cost as much as Benz or BMW electric cars, only without the brand cachet, and with goofy names. This is not the sort of business plan that leads dealership principals to sign 10-year private-jet leases, putting it mildly.

The irony is that Cadillac is better off with a smaller dealership base, to a degree. The competition has whittled down to about 1.5 shops per major metro. Having fewer dealers keeps volumes, and profits, high. You just can’t do it like this, with 20 percent of the players running away from the poker table all at once. A Frenchman who was not Michel Foucault once wrote, “Mais dans ce pays-ci il est bon de tuer de temps en temps un Amiral pour encourager les autres.” That translates as “Sometimes you gotta kill an Admiral to keep the others in line.” By contrast, watching one in five admirals commit voluntary suicide tends to, ahem, undermine faith in the war effort among the four who remain.

The reader will perhaps wonder why your humble author is so animated on this topic. Well, I have a personal interest in it: I’d like the chance to buy a proper full-sized Cadillac before I die. Not a 5-Series competitor, not an Impala. A real car. An S-Class competitor with a wreath-and-crest badge. This sort of thing is not impossible to make. There’s one for sale right now, and it’s called a Genesis G90. How our country could invent and build the B-29 with no trouble but cannot copy the Genesis G90 is a truly vexing question, particularly since I am assured that said country benefits from a social enlightenment which was not available at the bad old time of the Superfortress.

That’s part of it. The other part is that I despise seeing this old “GM is so smart and the dealers are so dumb” canard that’s been faithfully repeated by the press since the Roger Smith years. The dealers are always portrayed as being these creepy old stick-in-the-mud types. Yet they faithfully buy GM’s entire production every year, no matter how bad it is, using their own money, then they make sure all the stuff gets sold and serviced in a timely fashion. In 2009, GM got a very tidy bailout that was both financial and legal. We heard a lot about “New GM” and “Old GM.” The dealers? They got nothing. They were told to suffer through it. Which they did. They had to maintain profitable businesses in the worst of times, without government help. They did that, too.

Therefore, I’d like to suggest something that you will never read anywhere else in auto media: It’s time for General Motors to listen to its dealers. In particular, it’s time for Cadillac to listen to its dealers. Ask them what they want Cadillac to be in 2030. I bet it’s not “a second-tier EV vendor at first-tier prices.” Give the dealers a chance at steering the boat. Things might get better. Face it: they probably couldn’t get much worse. 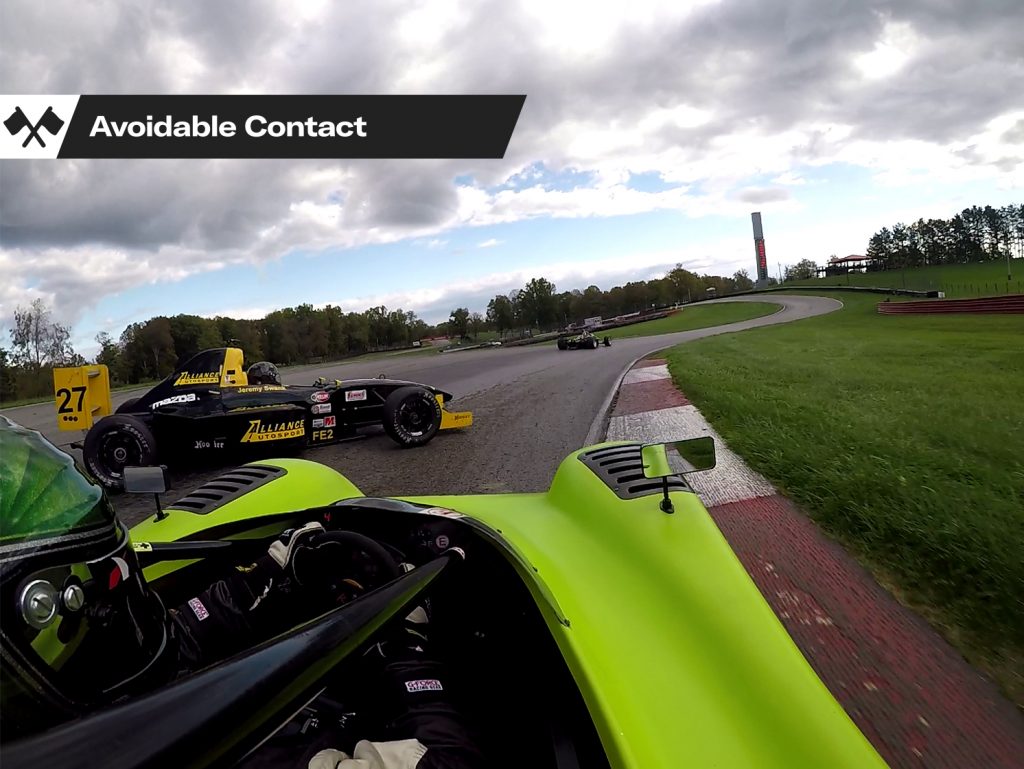 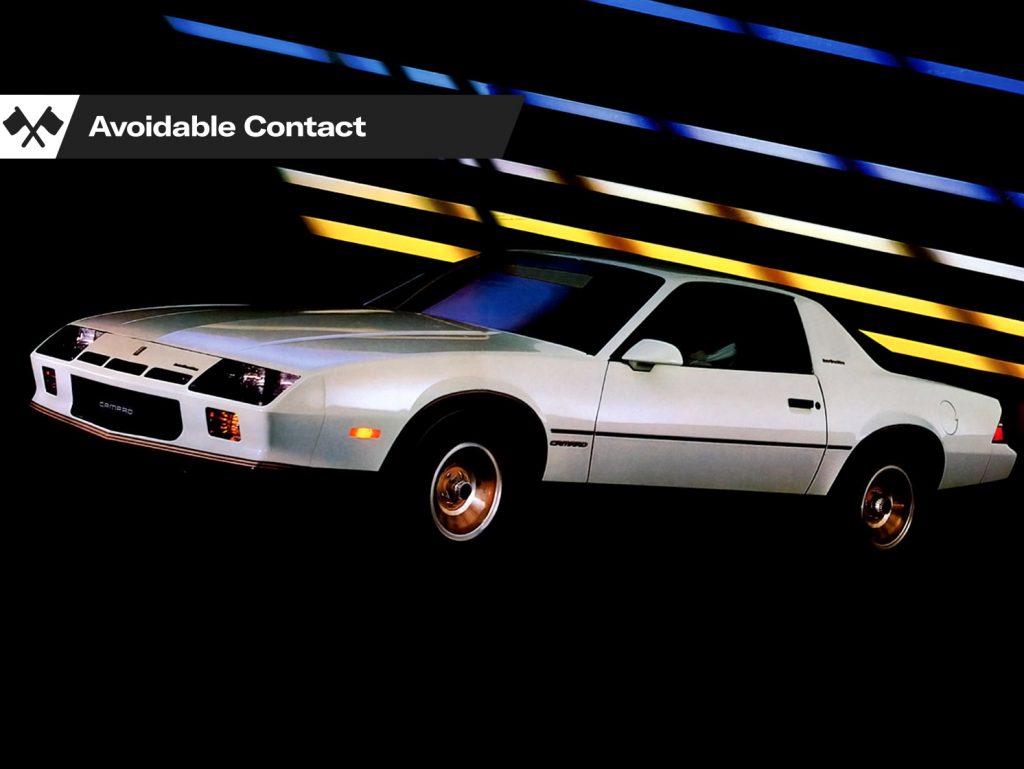