Tremec has for decades a go-to manual transmission supplier for OEMs and aftermarket companies for decades thanks to its line-up of strong and adaptable gearboxes. Now Tremec is expanding its catalog with a new family of gear bangers: the TKX five-speed. 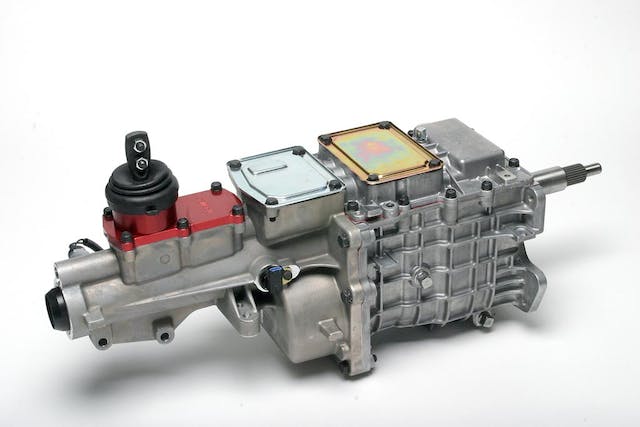 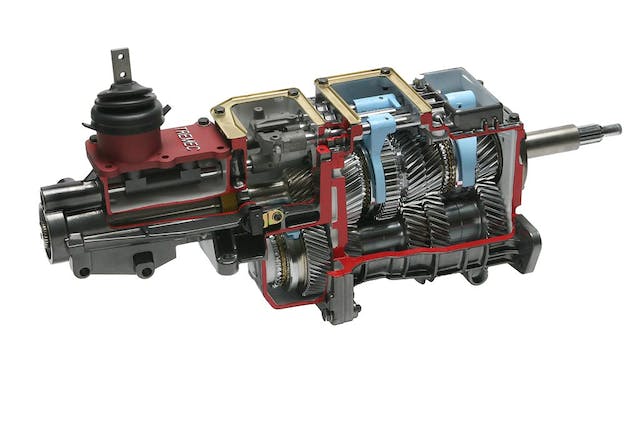 For this project, Tremec focused on some of the main traits of its lineup that people value, especially the elements that modifiers tend to appreciate for drivetrain swaps. Beloved for their modularity, the T-56 six-speed and TKO five-speed (predecessor to the new TKX) became customer favorite transmission families. With these setups, one can place the shifter at multiple positions along the case, meaning that the distance from the bellhousing to the shifter can be changed to fit applications that may have originally used different length transmissions, or far-placed remote shifters. The new TKX carries over this capability despite Tremec’s wholesale redesign of the case and internals, bringing the gearbox into a new league over its predecessor.

“We listened to our customers, combined their suggestions with our OEM technology and strengthened our aftermarket line up with the addition of the TKX,” says Mike Kidd, aftermarket business unit manager at Tremec. Where that claimed OEM technology shines is in the internals, which are totally overhauled not just to reduce noise, but also to beef things up and help modernize Tremec’s five-speed offerings. The gear sets are now wider, produced out of ASTM 4615 nickel-molybdenum steel, an alloy known for its robust characteristics under high-heat and high-stress uses, including camshafts and connection rods. Helping them slot together is a new synchronizer design featuring multi-cone synchronizers and hybrid synchronizer rings made of sintered bronze and carbon, allowing the new TKX line to shift with today’s modern engine redlines. Translation: 7500 rpm shifts are no problemo thanks to the new setup, and the transmission is ready for 8000 rpm of input engine speed.

The big advantage of the TKX over something like say, the T-56 Magnum, is its compact size and minimal weight. While Tremec claims 99 pounds dry, Vorshlag Motorsports managed to get its hands on a unit to test ahead of SEMA, with that unit showing a scant 96 pounds on the scale. That puts it at least 30 pounds lighter than a comparable six-speed T-56 Magnum—Tremec’s other swap favorite.

The TKX is initially launching with Ford and GM fitments for bellhousings and clutch hardware, with a selection of gear ratios to fit your needs and power demands.  Given the ratio selection and multiple shifter locations, along with the new case and internals updating the classic TKO gear box recipe for today’s demands, it’s a shame that we couldn’t ogle this one in person at SEMA, let alone row a few gears. Maybe it’s time to drum up a manual-swap? Bring on winter project season!