Production-based race Broncos are headed our way, and these two-door competition rigs will be ready to hit the dirt running in the ULTRA4 4600 race class later this year. Crucially, they’ll serve as testbeds for future Ford Performance parts meant to take the new Bronco to another level of capability—just like the original Bronco’s Baja racing improved the breed. If we’re lucky, like before, Ford will even offer up the very parts it used to beef up its Broncos for trading paint in the desert. 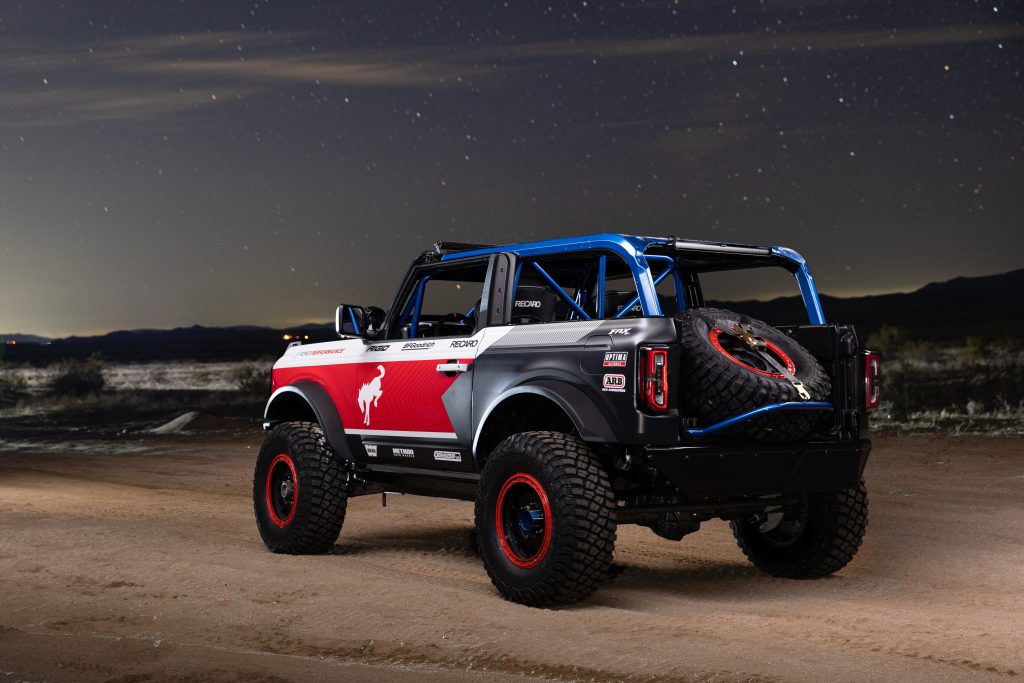 “Innovating the off-road landscape and competing with Bronco’s higher-speed off-road abilities have always been at the core of Bronco brand’s heritage,” said Dave Rivers, Ford SUV marketing manager. “Our new Bronco 4600 race trucks underscore our motorsports heritage and how the all-new 2021 Bronco can be tuned from the showroom floor to compete in the grueling ULTRA4 stock class series.”

Ford used the King of the Hammers as the backdrop for this latest Bronco reveal, on the heels of the news that it would be entering a trio of ULTRA4 4400 unlimited class racers. While anything goes in the unlimited class, and those vehicles are built on a tube chassis with wild powertrains, the 4600 class is based on production models. Ford upcoming 4×4 competitors all start with two-door Broncos powered by the 2.7-liter EcoBoost V-6 and equipped with the Sasquatch package and High-Performance Off-Road Stability Suspension (HOSS) System.

The factory front suspension got a shot in the arm, or arms, as Triton Engineering control arms replaced the factory pieces. They connect to 74Weld portal hubs that turn 35-inch BFGoodrich mud-terrain T/A KM3 tires by way of RCV half shafts and the factory front differential locker. In the rear, a Dynatrac ProRock XD60 axle and Spidertrax Spider 9 axle shafts and hubs add strength while an ARB Air Locker makes sure both axles can get an equal share of the torque. Ford also added Fox coilovers, Fox pneumatic bumpstops, and Wilwood brakes to each corner.

To keep the body from getting slammed too badly, front and rear modular steel bumpers from Ford Performance were bolted on. The front one houses a Warn ZEON winch to help get out of trouble. To keep the driver from getting bashed, Geiser Brothers welded up a custom roll cage. They also employ the first-ever FIA off-road-certified race shells from Recaro to keep the driver planted.

The 4600-class Broncos shown is wearing a race livery inspired by the 1969 Baja 1000-winning Bronco. The livery uses three factory Bronco colors, Race Red, Oxford White and Velocity Blue. “Our new ‘war paint’ scheme tells the Bronco race story—up front is chapter one that traces back to the victorious 1969 Bronco, then, as you travel along the side, the lines get more diagonal, more futuristic, signaling the future of the brand,” said Ford Bronco designer Scott Guan.

These 4600-class Broncos look to lead the way for the Bronco brand, showing owners that it is possible to build a rough and ready off-roader that can race with the best of them. All it takes is a solid foundation and a little help from Ford Performance, plus a few aftermarket parts. Where do we sign up? 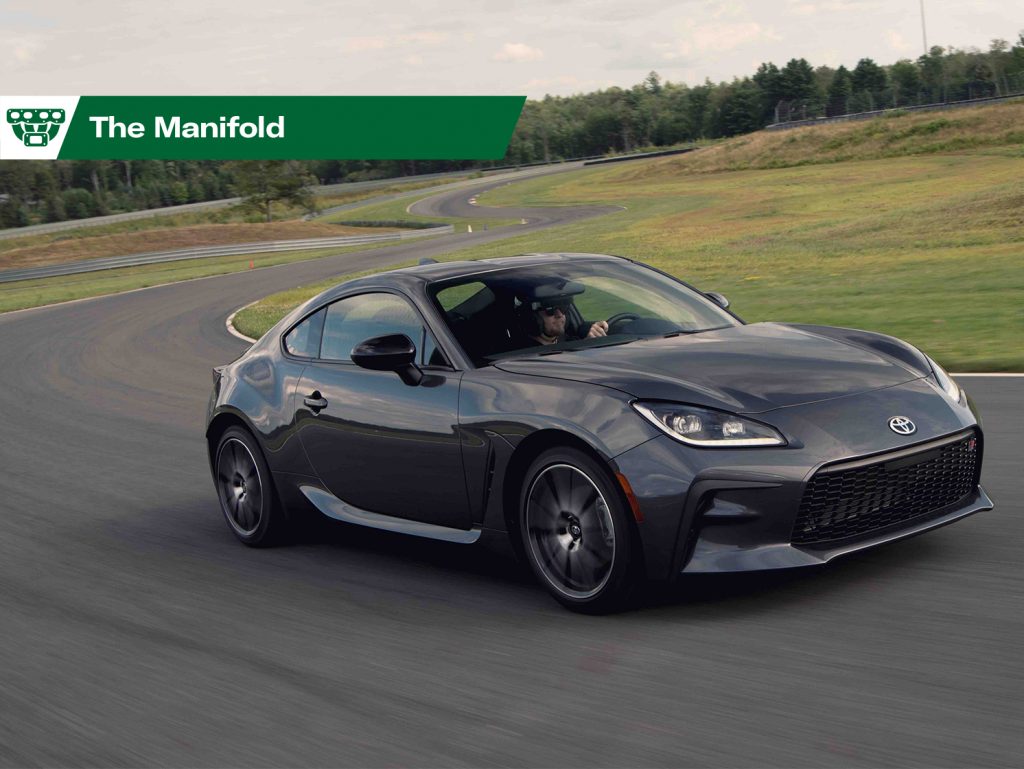 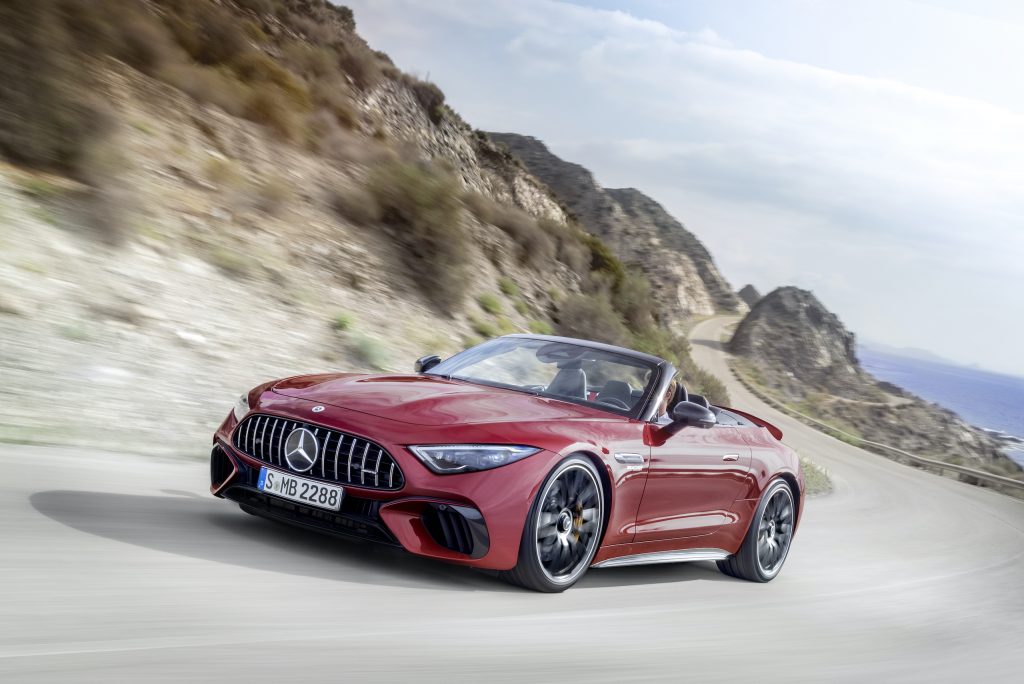