The Pop Top Can car, while inadvisable now, was ’80s marketing brilliance

Let’s be clear about one thing: I come not to belittle the work of Mothers Against Drunk Driving, only to educate and inform on vehicles of the past. And while the 1984 “Pop Top Can” car denotes an obviously fraught marketing stunt, it’s worth pointing out that there was a time in the past when a VW Beetle-based beer can (with functional, internal beer keg) could be driven on the road without fear of repercussions. Times have, without question, taken a more sober turn.

This silver-bullet-toned example is currently for sale on Craigslist in Fargo, North Dakota, (via Barn Finds) and is described as being stored inside for 20 years. The seller correctly states it needs the usual fuel/engine/brake inspections before going anywhere and the $7500 asking price is indeed “open to offers not insults.” But before we dig deeper into serial no. 919 of an undetermined number of beer-themed vehicles, let’s see what got us here. 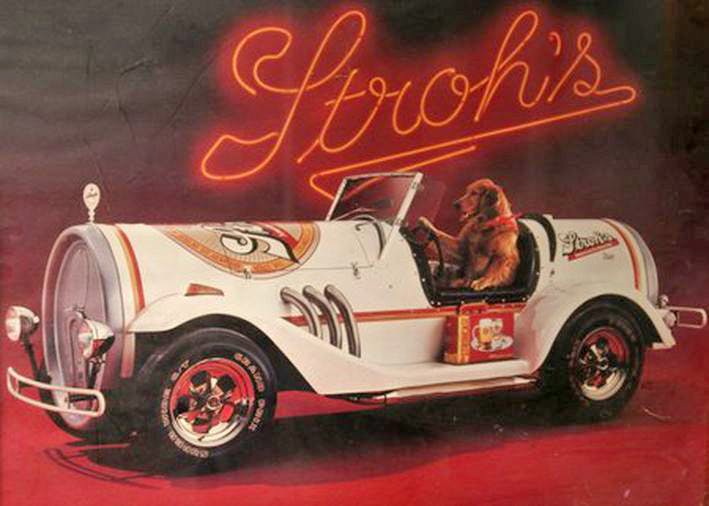 Before Alex from Stroh’s courted Tone Lōc’s dog thanks to a little Funky Cold Medina, that famous canine was driving a marketing creation crafted by Automotive Innovations Inc. Like most fiberglass dune buggy conversions of the era, the Pop Top Can (PTC) car was based on a VW Beetle drivetrain. That’s where the similarities stop, as the PTC was only intended as a marketing tool and not for spirited (sorry!) driving.

It clearly possesses an eye-catching design for Draper-esque Mad Men and frosty beverage enthusiasts alike. Automotive Innovations Inc. was likely based in Florida, founded by Ronald Wharton (see below) and subsequently turned into either a mobility van outfitter or a seat cover manufacturer. Or neither: The mobility company had no idea about the PTC when I gave them a ring. No matter, there was apparently a matching trailer to go with the neoclassic rolling tribute to barley and hops.

The 1982 patent clearly states the PTC is an ornamental design intended to be an advertising vehicle, but it goes further to list it as a derivative of the tube-shaped wafer truck of the New England Confectionery Company (NECCO) which shuttered operations in 2018.

The resemblance is clear, but a pre-war cookie truck and this VW Bug conversion sporting the finest craftsmanship available in the early 1980s have nothing substantial in common, as we see below.

Note the plaque and fuel gauge inside the speedometer, as it suggests this 1984 PTC is one of at least 919 units, coming to life thanks to a 1969–71 VW Beetle donor car.

Given the nature of a vehicle made for marketing purposes only, that tuck and roll upholstery is likely made from heavy-duty Naugahyde. Surprisingly, the rocker panels are lavishly upholstered while the newer shaft style stereo (Pyle?) suggests there’s a chance this PTC can also be a multimedia center, just waiting for your phone and an aux cord to get the party started. But where are the speakers?

The PTC’s coolest party trick is the integrated tap, which doles out beer to potential customers via a trap door shaped to look like the “tear line” of a pull tab beer can.

Photos crop the top, likely because there’s a hole where the owner installed a draught tap as a hood ornament. Neoclassic automotive design was commonplace from Blaxploitation films to Zimmer Motorcars, and the PTC rode that retro wave with a cab-backward design that gels with the beer can’s inherent length.

Separate fenders, fake exhaust tubes, exposed bumpers, and chrome headlight buckets round out the transformation. The signal lights came from the donor car, but s/n 919 sports Keystone wheels that are cooler than the wagon wheels seen in the promotional photo above.

Exposed fenders translate into integrated running boards, and a modest continental kit doesn’t have a chance against the palatable perfection of the PTC’s gloriously cylindrical body. The promotional photo suggests that a modest bikini top (like a Jeep) was available, and the marks on this PTC’s body suggest it also has one. Or had, maybe.

Now to the business end … or ends? Up front is the home for your keg (tap not included) while the back is a familiar sight to air-cooled VW fans: the motor looks original and unrestored.

With hipster microbreweries popping up everywhere in the last decade, it’s likely someone would love this PTC to promote their business, running condition or not. Even after shipping and paying full asking price, I reckon this unique design pays for itself via its brand-boosting design, netting an improvement for a key performance metric: more Suds Sold Per Showing (SSPS) than any other tool in a microbrewer’s marketing arsenal.

Get an insurance quote
A Story About
Share Leave comment
Read next Up next: The Castle Duesenberg: One historic car that elevated two family legacies