Bono’s Benz will sell with or without you

Intake: A 1980 Mercedes-Benz 450 SEL originally ordered by Bono is going up for auction in the U.K. The car was the U2 frontman’s pride and joy and he kitted it out with a stereo system that cost £12,000 at the time (the equivalent of $72,000 today!), effectively turning it into a mobile disco. As he motored along where the streets have no name, Bono would enjoy the grace of the 4.5-liter V-8 and the comfort of the crazy cowhide-style interior (which looks even better than the real thing). The car has now covered 163,000 miles, and a few bits and pieces have gone astray in mysterious ways: The lower front grille is missing and there’s a chunk taken out of the main radiator grille as well. On the plus side, it has a new starter motor and has just been serviced. Place your bid at Car and Classic and have a beautiful day!

Exhaust: Bono’s Benz isn’t quite the sweetest thing we’ve seen at auction, although any 450 SEL is still quite magnificent and with a bit of everlasting love it could probably run until the end of the world.

This is what F1 will look like next year

Intake: 2022 marks the biggest shake-up of Formula 1 since the beginning of the hybrid era, and F1 chiefs have just revealed what next year’s cars will look like under the new regulations. Aerodynamics are the biggest changes: the front and rear wings are simpler, the barge boards are gone, and shaped floors are now present, introducing a ground effect to boost grip. The wheels are now 18 inches with low-profile tires and wheel covers. The aim of the game is to allow the cars to follow each other more closely, prompting more overtaking opportunities. Formula 1’s power units will be carried over from this year but will run on E10 fuel to reduce emissions. F1 boss Ross Brawn says there are no plans for F1 to switch to battery power, but believes that hydrogen could potentially be burnt in future Grand Prix engines, so F1 will continue to bring the noise even as it aims to go carbon neutral.

Exhaust: These new rules were originally slated to be introduced this year but were delayed by the chaos of the COVID-19 pandemic. Enabling the world’s best drivers to actually follow closely and really race each other will be a very welcome, and overdue, change.

This Jeep has been wrangled by an Italian styling house

Intake: The Militem Ferox Adventure is a Jeep Wrangler with a dash of Italian military style and tuning tweaks. Finished in a camo green, shod with 20-inch black alloy wheels, and riding high on a lift kit with gas-charged twin-set dampers, the Ferox Adventure also features a snorkel, and an expedition roof rack with LED light bars. As you can see from the picture, a roof tent is also available to extend the adventure overnight. Fitted with either a two-liter, turbocharged four-cylinder or a 3.6-liter V-6 mild-hybrid power unit, Militem’s creation also boasts a performance exhaust and two electronic differentials for added exploration ability. The interior is retrimmed in leather with denim inserts the like of which we haven’t seen since the original Renault Twingo. Prices start at €79,980 ($94,237) plus taxes.

Exhaust: Almost $100,000 for a Jeep Wrangler may seem insane, but when you hear that Militem’s first distributor is in Monaco it’s clear that the company has quite a specific market in mind.

Intake: In 1961 John Cooper took the tiny BMC Mini and turned it into a giant-slayer. Taking its first circuit victory at a Touring Car race at Snetterton’s Lombank Trophy, the Mini Cooper’s biggest successes would soon follow on the gravel and snow stages of the Monte Carlo Rally where it took home the silverware in 1964, 1965, and 1967. Now, 60 years since its debut, Mini is releasing a limited edition JCW Anniversary Edition to commemorate the occasion. Finished in Rebel Green paint with a white roof, door handles, mirrors, and headlamp surrounds, plus white-and-red stripes, the car also wears the number 74 on its hood and flanks as a tribute to that very first win at Snetterton. The JCW Anniversary Edition runs on 18-inch alloy wheels and features an all-black cabin with Dinamica seats, and the signatures of three generations of Coopers: John, John Jr., and Charlie. There are also Cooper Car Company logos on the inner door sills, side scuttles, C-pillars, and steering wheel. 740 cars will be built, each with a numbered plaque and the phrase “60 Years of Mini Cooper—The Unexpected Underdog.”

Exhaust: Modern Mini is a marque built on nostalgia, so a run of cars to mark this milestone isn’t unexpected. The JCW Anniversary Edition is mechanically un-modified, and we rather like the relatively subtle styling amends which only added to the underdog appeal.

Intake: We already knew about the 2022 Audi RS 3’s 401-hp, 369-lb-ft, 2.5-liter turbo engine, along with the super-compact’s thrilling 3.8-second 0-60 time and Golf R-style torque-vectoring rear axle. This is, however, the first time we’re seeing the five-cylinder terror fully in the metal. In addition to the extra 7 hp of power and 15 lb-ft, the RS 3’s track is 0.4 inches wider, and there are larger six-piston steel rotors, along with optional carbon-ceramic front brakes. A fixed RS sport suspension comes standard, but adaptive dampers are available.

Exhaust: As before, only the sedan version of the RS 3 will come stateside, leaving hatchback duty to the VW Golf R with which it shares a chassis. And with the death of the Audi TT, and by extension the TT RS, the RS 3 is the sole proponent of Audi’s most distinctive engine. We’re thrilled it lives on, and finally the pocket RS has the looks to match its wild performance. But between the gaping maw of a front end, sinister side brake vents, and thick black plastic trim on the rear bumper, the RS 3 is no longer the little sleeper it once was. Maybe it’s just us, but the last-gen RS 3’s subtlety was a refreshing foil to the over-the-top Mercedes-AMG A45. No more. 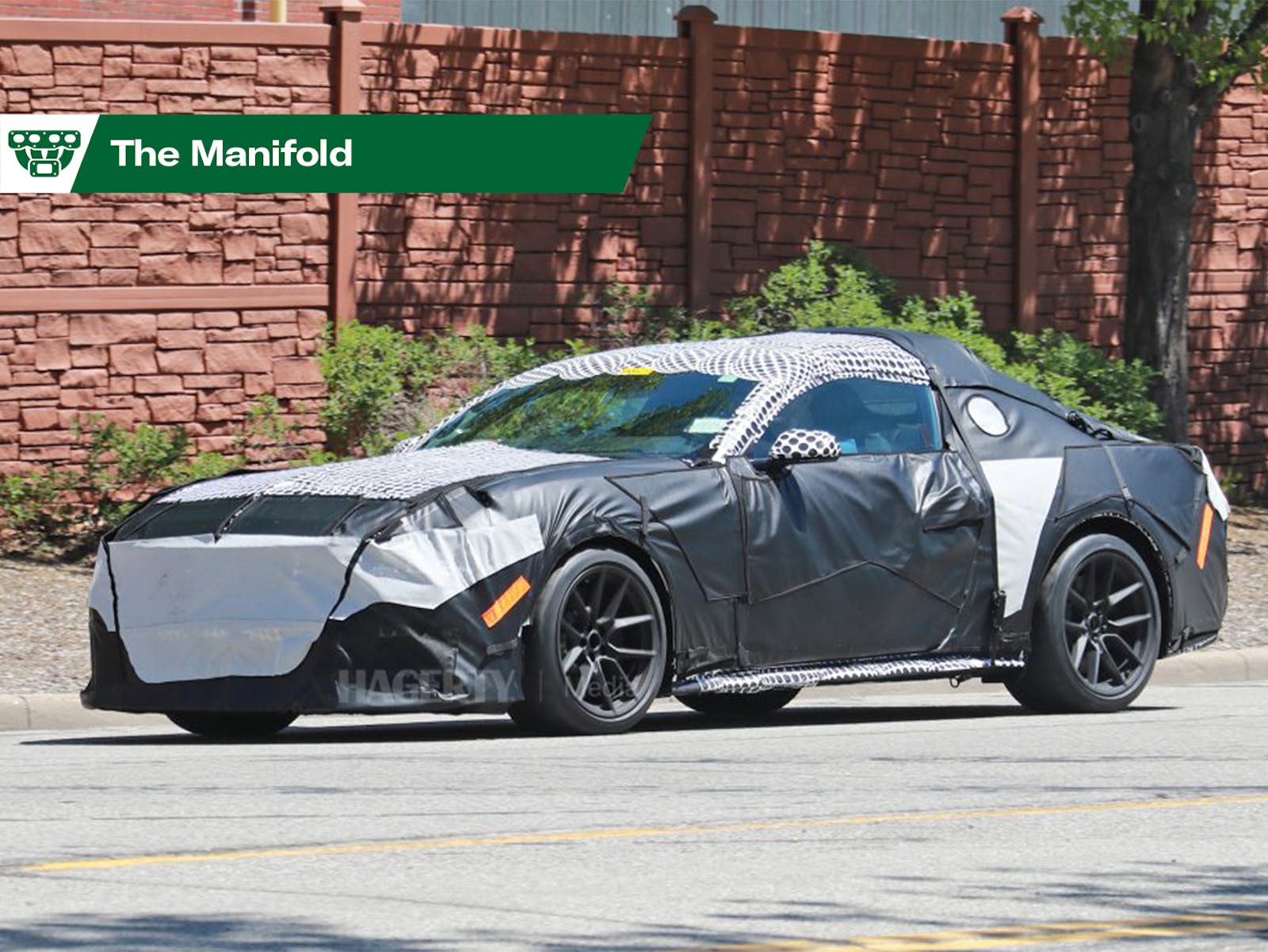 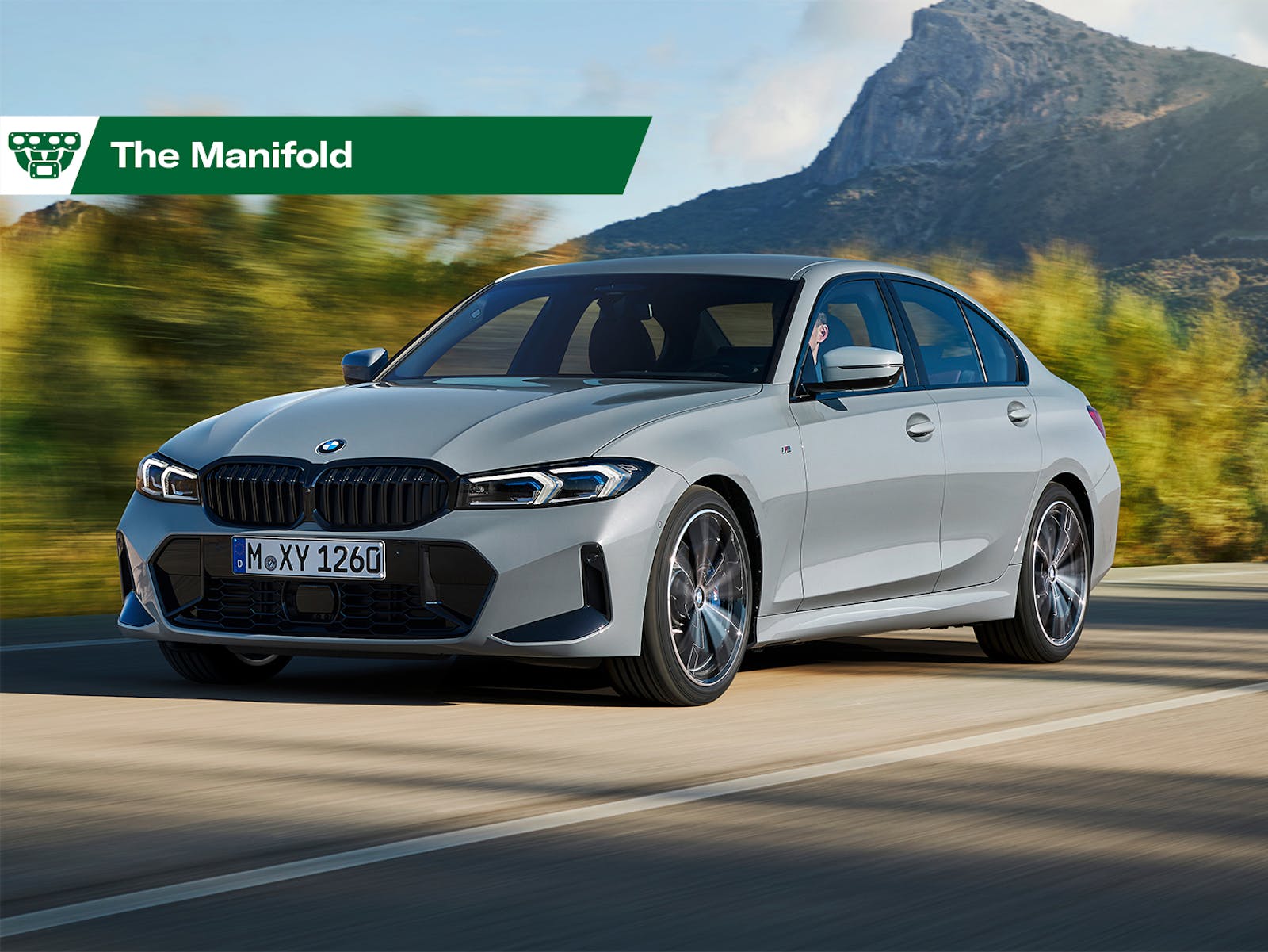