Rally legend Paddy Hopkirk gets a new Mini named after him

Paddy Hopkirk, winner of the 1964 Monte Carlo Rally in his Morris Mini Cooper Mk1, has just taken delivery of a brand new Mini Cooper named in his honor.

The Paddy Hopkirk Limited Edition is based on the 180-horsepower Mini Cooper S and is finished in rally red with a white roof, just like its 1960s’ forebear. Paddy’s car also wears a white racing stripe on the hood, black alloy wheels, and the number 37 emblazoned on the doors. Twin spotlights are a final nod to the giant-killing Monte Carlo winner.

The 1964 Monte Carlo Rally saw Hopkirk and co-driver Henry Liddon take the Mini’s maiden win ahead of a much more muscular Ford Falcon driven by Bo Ljungfeldt and Fergus Sager. The Mini Cooper would go on to claim victory in Monte Carlo in 1965 (and ’67) and also take the top spot in the Acropolis, RAC, and 1000 Lakes rallies in 1965 on the way to the European Rally Championship. 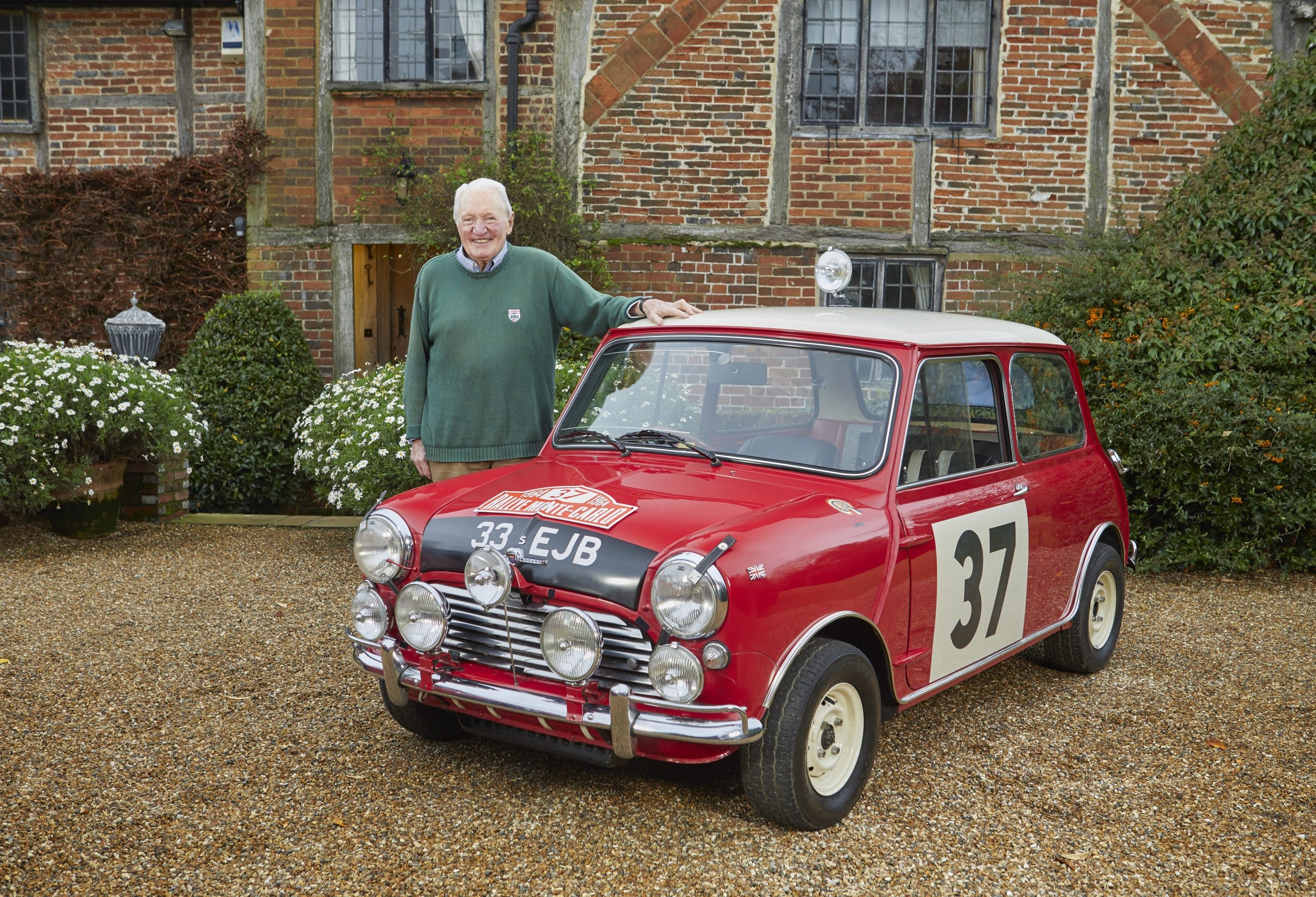 Hopkirk, who is now 87, seems delighted in this special tribute, saying, “I’m so flattered to have a MINI named in my honor. Motorsport is long behind me now, and for my win at the Monte Carlo Rally to be remembered in this way is a great thrill and honor. The designers at MINI have done a wonderful job. They’ve got a lot of the features on it just like the classic Mini I took to victory, with the number 37, the bonnet stripe and the colors—it reminds me of my very lucky days and wonderful memories.”