7-Eleven is giving away this snack-tastic “Model 711” Mustang

Slurpee-guzzling gearheads, rejoice. 7-Eleven just unveiled its Model 711 giveaway car, and it’s replete with everything a nocturnal nosher could desire. The company recently tabbed the crew at Galpin Auto Supply—a SoCal shop famous for its kooky creations and top-tier restorations—to transform a 2021 Mustang into a rolling homage to the one of America’s most iconic convenience stores.

Sure to turn heads in any parking lot, the Mustang is wrapped in a 7-Eleven–inspired livery, which looks rather sporty due in part to the brand’s now-hip color palette. (The scheme may also resonate with motorsport fanatics, since plenty of 7-Eleven-sponsored race cars wearing similar red, orange, and green graphics have found their way to victory lane over the years.) 7-Eleven’s sweepstakes Stang also features green rims and red underglow. Oh, and on the grille, you’ll find not a galloping pony but a “night owl,” which highlights the brand’s reputation for supplying late-night grindage.

While the exterior is plenty flashy, the interior is where things get downright outrageous. Since, according to 7-Eleven, “a custom car without custom leather seats is like a Big Bite® hot dog without a Big Gulp® drink,” the Model 711 is fitted with red, orange, and green-striped leather seats. Between the seats, there’s a Slurpee knob and cup holders that wide enough to hold Big Gulp. The Model 711 also comes with a custom pizza-snack holder (we couldn’t make this up if we tried) and a coffee-scented air freshener.

While the cosmetic modifications on this Mustang won’t appeal to everyone—especially with the slogans “Built for Speed & Snacks” and “Need For Slurpee” slapped on the rear quarters—we applaud 7-Eleven for its Model 711 and its recent push to align with the car culture found in 7-Eleven parking lots nationwide.

Here’s the kicker: Unlike most corporate marketing plays, this marriage between 7-Eleven and its car-crazy night owls happened organically. Unprompted by the brand, car enthusiasts began flocking to the store to snag a photo of their car in front of the late-night neon (which serves as an excellent photo backdrop for any cherished ride). So much so that #CarsOf7Eleven is a trending hashtag on Instagram.

Doubling down on the free publicity, the convenience-store chain began to feature the best shots on its corporate accounts. Scroll its Instagram page, for example, you’ll find cars—many of them foreign or exotic—interspersed between other product promotions. The auto hype is palpable. 7-Eleven’s account, for example, has nearly 900K followers, while convenience store contemporaries QuikTrip and Sheetz each have approximately 90K each.

“We know our customers have an affinity towards car culture, so building a one-of-a-kind car inspired by our most iconic products was a no brainer,” says Marissa Jarratt, executive vice president and chief marketing officer at 7-Eleven. “We had hundreds of thousands of 7-Eleven car fanatics and customers interact with the voting of customization elements for the Model 711—and now one lucky customer still has a chance to win these unbelievable wheels. We can’t wait to see the places they’ll go and the many #CarsOf7Eleven pics they’ll take.”

If all this leaves you drooling, you can win the Model 711 by purchasing select products via 7Rewards, Speedy Rewards, or through the 7NOW delivery app, or through prompts on 7-Eleven’s social media. Better make like a taquito and roll quickly, as the contest closes May 24. 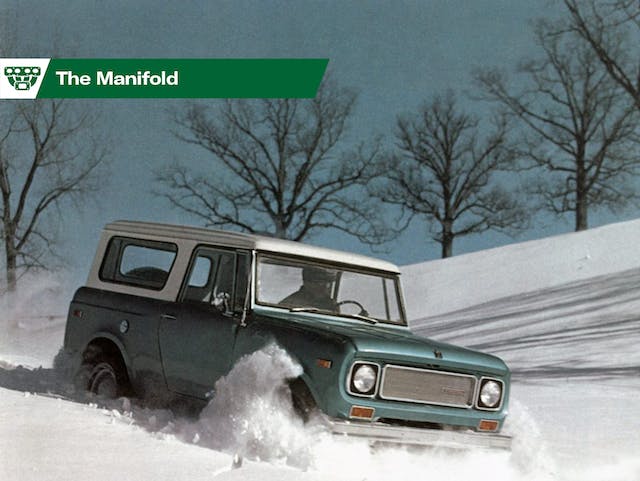