The Kicks is the tiny Nissan. The smallest of the Japanese automaker’s SUVs. The one that looks basically like a Rogue that got zapped with a shrink ray. The price tag tells a similarly scaled-down story, which makes it Nissan’s most affordable crossover. This is an unremarkable car offering zero romance, except perhaps in hindsight, when its owner trades it in for something newer, nicer, bigger.

For a lot of young drivers, a subcompact crossover like this is like the first vehicle they will buy with their own dollars. Or perhaps it’s a present from the parents so a recent graduate can get to and from college. The Kicks will, during these formative and memorable eras, fade entirely into the background. Its job is to deliver reliable adequacy, and at this it mostly succeeds.

2021 brings a few upgrades to the Kicks, which launched in the U.S. for the 2018 model year. There’s a larger central touchscreen mounted to the dash, plus a slightly smaller one tucked behind the steering wheel. It wears a less dorky, more aggressive grille composed of less chrome and more black, flanked on either side by plastic-filled inlets that help define its jawline. LED headlights are now on the menu, though optional. These are small changes, but they add a little more dignity to this otherwise entry-level, utilitarian vehicle.

Nissan provided us with the most expensive Kicks you can buy: a $27,075 SR wearing two-tone paint ($595) and stuffed with heated front-row seats and the pricey Bose sound system (both of which are included in the $1200 Premium Package). Though the stereo was surprisingly good, and definitely the jazziest thing about this vehicle, we don’t suspect many Kicks buyers will want to spend the equivalent of a month (or two) of rent for the upgrade. The only other major interior upgrade is to seat material; the only option on the two other trims is black cloth, but the SR swaps in Prima-Tex: water-resistant, foamy-feeling synthetic leatherette that is more akin to vinyl than animal skin. The SR trim starts at $23,315, but our tester included considerable visual add-ons: Exterior Package with crossbars and an “exhaust finisher” ($435), two-tone Monarch Orange Metallic/Super Black paint ($595), illuminated kick plates ($460), carpeted floor mats ($225), Interior Electronics Package ($575), and 17-inch black alloy wheels ($495).

The Kicks replaced the Juke, which was a frog-faced little crossover about the same size and price. It was more interesting than the Kicks in every possible way. It had a manual transmission (in 2011, that came with a $20,880 base price). Its goofy shape and small rear door was instantly recognizable. You could get it with all-wheel drive. Thanks to Nissan’s Color Studio, it was possible to spec a Juke in yellow with blue door handles, blue-accented silver wheels, and a red and black interior, if you so desired. And who could forget the Juke NISMO’s racy styling and 215 hp in the NISMO RS? NISMO, Nissan’s motorsports department, even shoved the company’s most powerful engine (from the GT-R) in two Jukes for marketing giggles, birthing the wild Juke-R.

The people who buy these cars, who need them to get to class and work and the gym, didn’t care for funky. The Juke faded away, and the less powerful, more bland Kicks sold more units in its second year on the market (2019) than the Juke had sold in any one of its nine. You can’t even get a Kicks with all-wheel drive!

What you can get, beginning from $20,775 for the absolute base model, is an interior that is largely unobjectionable. Forward visibility is slightly compromised thanks to the chunky A-pillars. There’s more glass in the rear three-quarter view than in the more car-like Crosstrek, though anyone who deals with serious winters won’t likely care: For $4K more than the base Kicks, the Crosstrek gives you standard permanent all-wheel drive. The Kicks’ dash wears simple lines, with A/C vents tucked cleanly under an extension of the instrument cluster’s hood. Plastics abound, but the textures are varied and the panels are tightly screwed together. It may be cheap, but confidently so. We noticed zero niggling creaks or rattles.

The 8.0-inch center screen is framed on either side by a few buttons, including two easily reachable dials for volume and scanning; but even with a iPhone hardwired into it, CarPlay was molasses-slow to wake. (Nissan’s native display isn’t so handsome or useful that you’d choose it over the familiar Apple or Android pairing systems.) Bluetooth is available to stream music, but if you want to use navigation or be alerted of texts via CarPlay or Android Auto, you’ll find yourself plugging and unplugging the phone to prompt the connection each time you start the vehicle.

The powertrain is just about what you’d expect here. S or SR, it doesn’t matter—you’re getting the same engine, same transmission. 125 hp, 115 lb-ft of torque. That isn’t much, though around town the Kicks likes to surge away from a stop. It’s all a ruse supervised by the CVT, an attempt make the naturally aspirated four-cylinder seem peppy. (High heels, for the record, modulate this lurching nicely.) Any highway passing maneuver will dispel the illusion of this subcompact’s spiritedness. One quickly learns the importance of planning ahead when venturing into the left lane. Don’t fling it around any tight, badly paved onramps, though, because the suspension gets unsettled and the Kicks will twitch noticeably.

The “sporty” top SR doesn’t bring any more power, because the Juke NISMO proved it doesn’t need to; at this price point and for the young demographic, music and phone pairing are a lot more essential than performance. The SR’s party trick is its Bose sound system, included in the $1200 Premium Package exclusive to this trim (along with heated seats) and comprised of six speakers plus two in the headrest of the driver’s seat. Turn up the volume on that nice stereo and the buzzy engine seems hardly there. Some sounds bounce against the B-pillar (a little strange) but the audio experience is reasonably immersive.

The strengths of the Kicks lie in its mini-SUV posture, stylishly raked roof, and relatively uncluttered design: The Kia Soul is equally cheap (and similarly unavailable in AWD), but looks more like a rounded box. If you’re willing to look outside the Nissan family tree, your strongest candidate might well be Hyundai’s 2022 Kona, which starts at $22,135 with destination included. If you’re willing to step up to the Kona SEL and add the convenience package (together, those add $3500), you’ll get blind-spot- and rear-traffic collision avoidance aids, wireless charging, heated front seats, and a sunroof. (More than the top-tier Kicks SR offers.) That said, the Kona’s looks are polarizing, and the Kicks’ cleaner sheetmetal may be less taxing on the eyes. The Kicks’ best counterpoint is its marginally superior fuel efficiency: 31 city and 36 highway mpg, compared to the Kona’s 30/35 mpg.

Nissan loyalists in this demographic but in need of all-wheel drive will likely end up the warm embrace of the Rogue Sport, if not the larger Rogue. You can option a Rogue Sport with all-wheel-drive from the base S trim ($26,735), and even tack on remote start and wireless charging in the standard Rogue. Chic as this loaded SR looks, $27,000 is a lot for what you get. If you live in a mild climate, are on a tight budget, and like the Kicks’ lifted-runabout schtick, you can’t go wrong with the littlest Nissan—but you can definitely get more for your dollars than the SR trim by looking elsewhere. Stay within the Kicks’ comfort zone, closer to the low $20K range, and this rather ordinary SUV might just win your affection by contentedly performing its thankless duties.

Summary: A perfectly honest little city car, but springing for the SR and other stylish options renders the Kicks a dubious value proposition. 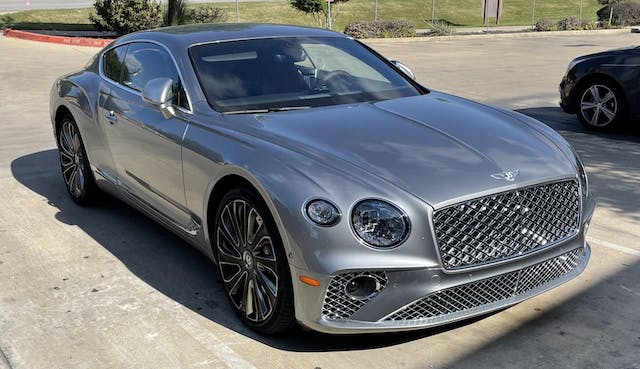