How did the traditional station wagon go from default family transportation to rich-hipster niche vehicle in just twenty years? Blame the original Chrysler minivans, or maybe the Ford Explorer, or perhaps the Jeep Grand Cherokee. All of those vehicles worked better for the average family than the sedan-based wagon, eventually supplanting it in the market. Which left station wagons to the wealthy, the outdoorsy, the terminally hip, and combinations of the above. Those buyers love the signal they send by avoiding everyday crossovers — and they also love having just a little bit of off-road styling added to their wagons so you know those matching Patagonia jackets aren’t just for show.

There are just a few players in this segment. The original one, of course, is the Subaru Outback, but the 1999–2005 Audi Allroad (stylized by Audi as ‘allroad’) was the first deliberately upscale take on the formula. Based on the A6 Avant, it was succeeded in 2013 by a smaller, A4-based Allroad. Returning to A6 size for 2020 presses this new plastic-flanked longroof into battle against the Volvo V90 Cross Country and Mercedes-Benz E450 All-Terrain wagon.

Audi kindly lent us an 2020 A6 Allroad to test over the Christmas holiday. Our tester ticked just two options on the build sheet: Soho Brown Metallic exterior paint, a $595 option, and Audi’s $4500 Prestige package, which nets an assortment of niceties such as ventilated front seats, power soft-closing doors, dual-pane acoustic glass, a head-up display, and a small suite of safety tech. Base price is $65,000. As tested, we were looking at $71,990 including a $995 destination fee.

For the 2021 model year, the Allroad is more or less the same as what you see here, but Audi has altered the packaging a bit. The Prestige package is now a $5500 increase, and the destination charge jumps from $995 to $1045. Our tested configuration will now run you $73,040 including destination. That’s firmly in Q7 territory, which offers more space and ground clearance (9.7 inches vs. the Allroad’s 7.3 inches at max ride height), but decidedly fewer cool points.

This is a fantastic looking vehicle from nearly every angle, but the gaping maw on our tester could do with a lesson in subtlety from the Volvo V90, arguably the best looking wagon on sale today. Want that off-road-ish plastic trim to be painted in body color? Audi will do it, but only for select shades. We regret to inform you that Avalon Green Metallic—the best hue for this car, hands-down—is not among them. The car rides on the VW Group’s MLB platform, which underpins everything from the A4 to the Q5 to the Porsche Macan. Audi offers four different variants of the A6: The regular old A6 (with two different engines—a turbocharged 2.0-liter four and a turbocharged 3.0-liter V-6) the sportier S6, the A6 Allroad here, and the überwagon RS6. (That’s right, two wagons in one product line!) For a car that barely cleared 10,000 units last year, that sure seems like a lot of flavors.

Our tester’s Pearl Beige interior was far more tasteful than its name would suggest, helped greatly by Walnut Brown dashboard inlays, piano black accent, and brushed aluminum trim scattered throughout the cabin. The aesthetic is quite architectural and angular. It’s a less expressive space than the curvaceous arrangement in the Mercedes, but better for it. And while the V90’s cabin makes those of the Germans look overwrought, I suspect Audi buyers will appreciate the tech-forward space. The dual-pane acoustic glass from the Prestige package is an absolute dream on longer road trips, particularly when it helps quell the constant roar of the windy mid-Michigan highways. My three-hour return trip from our Ann Arbor, Michigan, office back to my home in Traverse City was somehow more refreshing than the drive south which I’d completed no more than 30 minutes before. One can only imagine how it would have been had our test been equipped with the $2850 Luxury package, which adds massaging front seats.

This is a big car by European-sedan standards, with a lot of space. My wife and I put every bit of the 30-cubic-foot cargo area—and the additional space gained from the 40/20/40 folding rear seat—to use over the Christmas holiday. The Allroad swallowed whatever we tossed at it, whether that meant another bag of baked goodies, more gifts, or even 10 five-gallon buckets for a game we hastily concocted to try and make an irregular holiday weekend feel at least somewhat normal. (Beer pong. We played giant, out-door beer pong.) Had we not been hauling skis and a Russian nesting doll of buckets, we probably could have popped the rear seats up and tossed two more adults in the wagon, as well. This thing is just a ski rack or Thule box away from being the ultimate ride for Tahoe or Vail.

The sole drivetrain for the Allroad is a single-turbo 3.0-liter V-6 that produces 335 horsepower and 369 lb-ft of torque. That’s plenty of power for something largely devoid of sporting pretense save for a drive-mode selection called “Dynamic.” (If you want sporty wagon-ing, remember, the RS6 exists.) There’s a seven-speed dual-clutch automatic swapping ratios, and Audi’s Quattro with Ultra all-wheel-drive tech enlists a rear-axle decoupling system during low-stress driving situations to convert the car into a front-wheel-drive wagon in the interest of fuel economy. It works; I routinely bested the EPA’s 26 mpg highway rating for this vehicle, even while doing Northern Michigan highway speeds, which are like Detroit freeway speeds with less … anger.

The engine sounds a bit gravelly as you roll away from a stoplight. In fact, it could be mistaken for one of today’s omnipresent turbo fours until the revs—and boost—build a bit, at which point torque arrives in glassy waves, making around-town driving a snap. Traverse City’s in-town pavement is as poor as its waterfront is good, but thanks to the wagon’s standard air suspension, you’d hardly notice. The system quieted the broken asphalt with ease, although rippled roads would occasionally produce body motions that felt a split-second delayed from the pavement you were crossing. That air suspension can hoist the car’s ride height up to as high 7.3 inches in Offroad mode, or drop the ride height to as low as 4.9 inches in Dynamic mode.

The electromechanical power steering saps a large portion of the feel out of the wheel, but Allroad buyers aren’t lining up to run autocross events. They’ll appreciate the light steering in parking lots, and they probably won’t notice the way it weights up nicely at higher speeds. Toss the Allroad onto an on-ramp, however, and you’ll expose a strange behavior: The steering feels extremely heavy after the initial input when you’re going through a long turn, as if you were trying to turn a video game wheel.

On this generation of A6, which debuted in 2018, Audi deep-sixed the center console knob that had previously navigated the infotainment. In its place is another touch screen, stacked below the first one and tucked just ahead of the shifter. The lower screen handles climate controls and offers a second inroad to adjusting the car’s dynamic modes. The move has whiffs of technology for technology’s sake. Give me the knob ten days out of ten. The hard buttons on the older generation car offered two advantages: First, they return prized storage space ahead of the cupholders for something small like your phone. (Audi’s phone box in the center arm rest is capable of holding precisely that—one phone—and pretty much nothing else.) Second, hard buttons—and a center console knob—offer a much safer way to navigate the infotainment than having to remove your eyes from the road, point them down below the dashline, and hunt for where to poke the screen. It’s a baffling setup, especially considering how superb the steering wheel interface is in with Audi’s Virtual Cockpit digital gauge cluster. (Audi must think so as well—the new all-electric e-tron GT ditches the second screen in favor of hard buttons once again.)

The Allroad feels easy-going—always confident in where it’s headed and how it will get there. This nameplate has long been a way for Audi to sell a not-as-popular product for more money to a very dedicated buyer base. Don’t expect that to change with this new A6-based version. Sure, the Volvo might look better en-route, but beneath that sexy exterior is a small four-cylinder engine being boosted within an inch of its life. And while the new E450 All-Terrain might feel like more of an occasion, there’s the nagging feeling that it was better without the crossover plastic—like, say, the E-Class wagons of years prior. (Ditto the regular V90—which requires a special order, while the V90 Cross Country can be found in Volvo showrooms everywhere.)

Cost-sensitive buyers will find that the Volvo is probably more to their liking; you can go nuts on the options list and still fall well short of our Audi’s $71,990 as-tested price. The Mercedes, on the other hand, rocks up closer to the $80K-mark when you option it out similarly. And while you can get a more spacious Q7 for less money, you’d have to admit to the defeat of giving in and buying a crossover. Previous Allroad owners will love that they can get A6-levels of tech in their favorite niche subrand. Expect to see most of these equipped with the Prestige package—they are rarely wallet-taxing purchases for their owners, something not as true about the crossovers. Meaningful upgrades—like a heads-up display and Audi’s adaptive cruise—make it worth the $5500 jump. The Luxury package will likely be popular as well. The Allroad is very good what it is, and that’s important. Even if most people will be buying it for what it isn’t.

Highs: Another wagon on American shores! Practically dripping in style while still offering plenty of utility. Neat features make this a truly luxurious place to spend hours on end.

Lows: Lower touch screen for the infotainment is a chore, made worse by the fact that the system it replaced was so good.

Summary: Rejoice, there’s another wagon in The States. If you’re looking for a luxury longroof, this is the one to get, annoying tech applications aside. 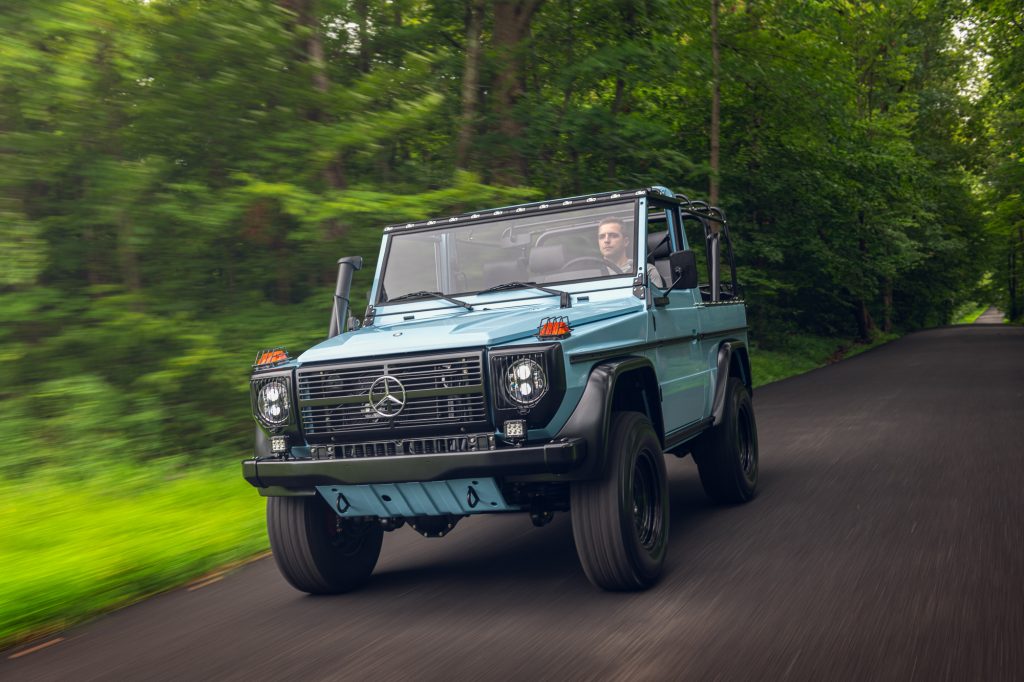 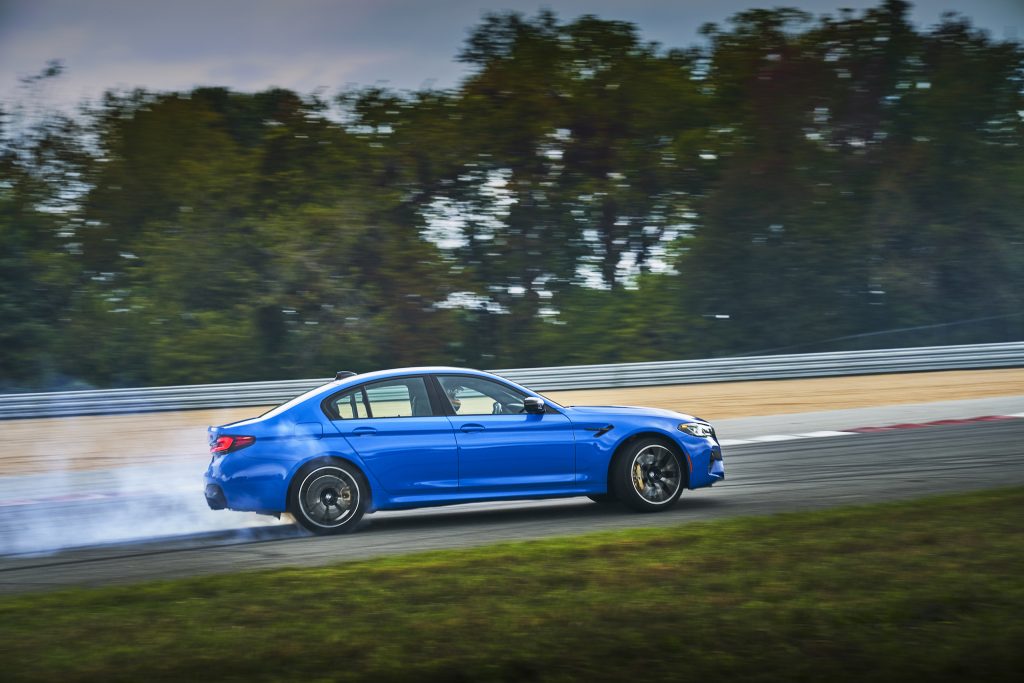