Different intentions often control a race car’s spec, other than regulations. Usually, the most significant constraint is financial, but beyond the letter of the budget law, what guides the spirit of a team’s design?

Sometimes, it’s the pursuit of historical accuracy for its own sake, as in historic vintage racing. Sometimes vintage aesthetics marry modern underpinnings. Sometimes, homologation is thrown to the wind and it’s pure custom in the service of speed.

And sometimes, a car that looks roughly 50 years out of place pokes its long, louvered hood into the ’90s FIA endurance circuit.

Enter the Morgan Plus 8 GTR. Morgan’s known for adhering to traditional technology—not for stodgy resistance to innovation, but because of a deeply-rooted love of vintage quirkiness. “Big Blue,” as the Plus 8 GTR was fondly nicknamed, is conspicuous in the absence of ash-framed body panels. What can we say—racing means compromise.

Few women import Alfa Romeos across international lines, witness their first Le Mans courtesy of a friend’s private plane, or talk an oil baron into sponsoring their car the following year at the 24-hour race. Only one could say this woman did all three. Prudence Fawcett snagged second-in-class at the 1938 24 Hours of Le Mans in a Morgan 4/4, averaging a grand 57.2 mph.

Second-in-class and 13th overall sounds anticlimactic… unless you consider that the Morgan suffered a radiator leak and 26 entries did not finish. The 1938 24 Hours of Le Mans proved to be Prudence’s first and last race—upon her engagement to an avid aviator, each promised the other to give up his/her preferred speed addictions.

Chris Lawrence was as far away from a plug-and-play racing driver as you could possibly get. His first Morgan was a three-wheeler he owned as a 17-year-old—he was initiated into the weird and wonderful ways of Morgan early. When he was 25, Lawrence got his hands on a used 1958 Morgan Plus 4 for today’s equivalent of $205.22.

That first £650, together with untold hours of fascination and frustration, revealed to Lawrence the secrets of the inline-four. Little by little and stroke by stroke, Lawrence coaxed 61 extra horsepower out of the petite two-liter.

His first race with that Plus 4? He finished dead last. The year following, in the same British Automobile Racing Club (BARC) series, the Freddie Dixon Trophy was his. Three years later, after getting thrown out of Le Mans through the machinations of the Triumph team manager, Lawrence leapt into a hot-rodded Plus 4 and onto the grid. Despite the constant bombardment of an exhaust pipe that had broken off close to the manifold, Lawrence and his co-driver won the two-liter class representing the Morgan factory entry.

Lawrence’s fascination with tuning, with racing, and particularly with Morgans didn’t stop until 2011, after he helped to midwife the Aero 8.

Morgan’s Chris Lawrence knew, as of 1962, that Morgan Plus 4s had the guts to win their class at Le Mans—he drove the winning car. However, he saw room for aerodynamic improvement. Along came enthusiastic Triumph racer Nick Dangerfield, who possessed both the curiosity and the cash to rebody a TR4. A deal was struck. Pens and pencils were flourished over sheets of drafting paper. Together with John Sprinzel, Lawrence worked with Dangerfield to rebody his beloved Triumph TR4. The “SLR” distills “Sprinzel LawrenceTune Racing” into a much more manageable acronym, and both the bodywork and acronym paired beautifully with three Morgan Plus 4s and their spiced-up Triumph TR4 drivetrains.

It looks like the second-gen Corvette Sting Ray had a fling with an E-Type, and possibly harbored dreams of being an Alfa one day, but underneath is Morgan’s time-honored sliding front suspension and various goodies picked up from the Morgan racing garage. Twin Weber carburetors, a custom exhaust header, and a modified cylinder head opened up the Triumph’s 2.1-liter engine to 156 horsepower.

Fifty-five years after the original “Morgan and Triumph SLR” debuted, based on Dangerfield’s TR4, the last of the three Morgans to sport the custom aluminum bodywork sped around Monza, resplendent in British racing green—what else?

You won’t have much cause to put Morgan and futuristic in the same sentence… this funky Rover V-8 coupe, and its cross-eyed younger cousin, the Morgan GT3, are the closest you’ll get.

One of the Plus 8 GTR’s earliest track days was October 2, 1994, when its Michelin rubber met Silverstone tarmac. In September 1997, the Plus 8 GTR revisited the British track under a different number, but did most of its competition in 1996 and ’97 in the FIA’s GT2 class. The GTR got its share of globetrotting—Helsinki, Spa, and Laguna Seca—and more than its fair share of DNFs.

Despite the issues with the suspension, brakes, engine, and electrical systems, the GTR’s troubled early years accumulated priceless knowledge for Morgan. The GTR may have trailed fenders/mudguards reminiscent of bridal trains and sported a cabin so far back it seemed like an afterthought, but it all bolted onto Morgan’s first all-new chassis in over 60 years. The patchwork racing success of the GTR accumulated into a grand inheritance for the Aero 8, and, happily, a Morgan shop bought the GTR from Charles Morgan in 2004 and spruced her up so she could enjoy racing in somewhat similar vintage company.

The Morgan stories always grab our attention, probably because of the sheer weirdness. Morgans are a reminder that convenience isn’t an end unto itself, that uncomplicated is sometimes boring, and that sometimes a shrug and a smile are enough to answer: “Why do you love that car so much?” 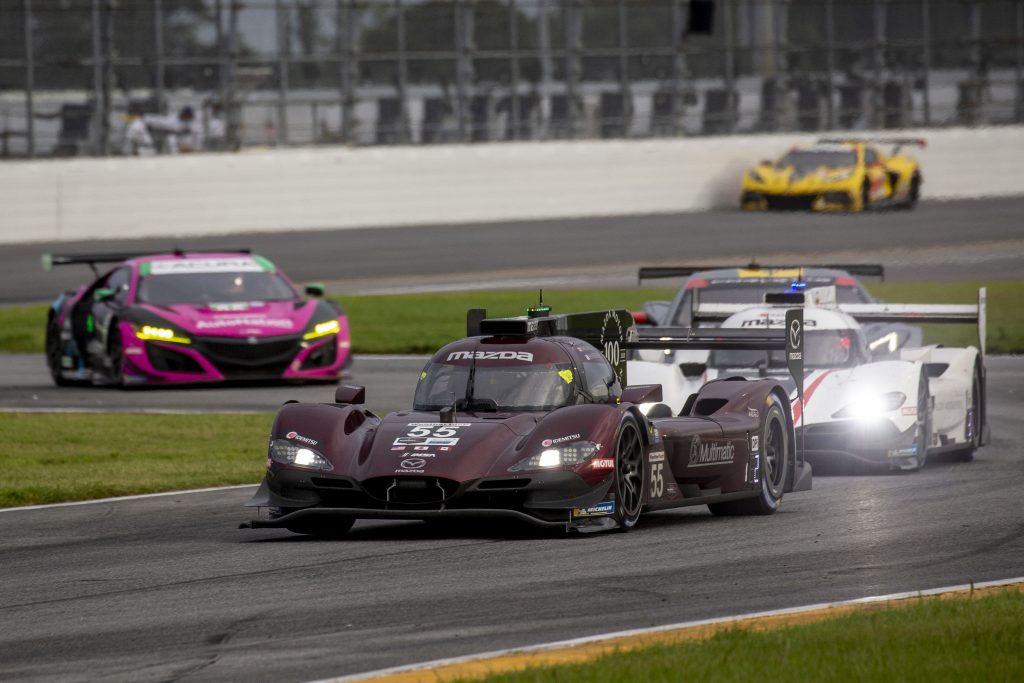 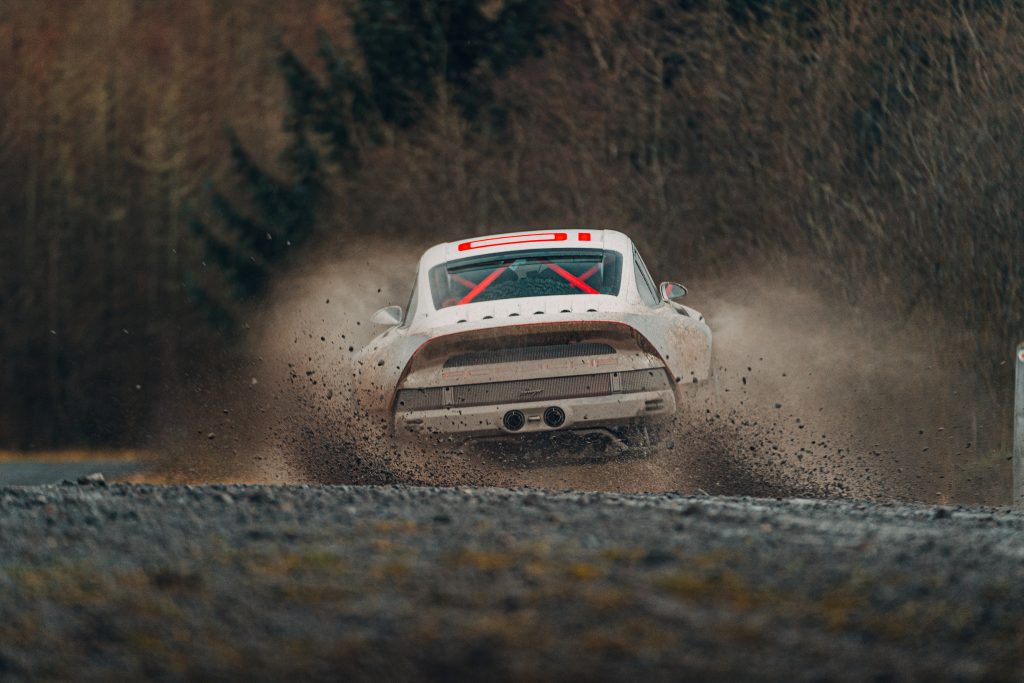 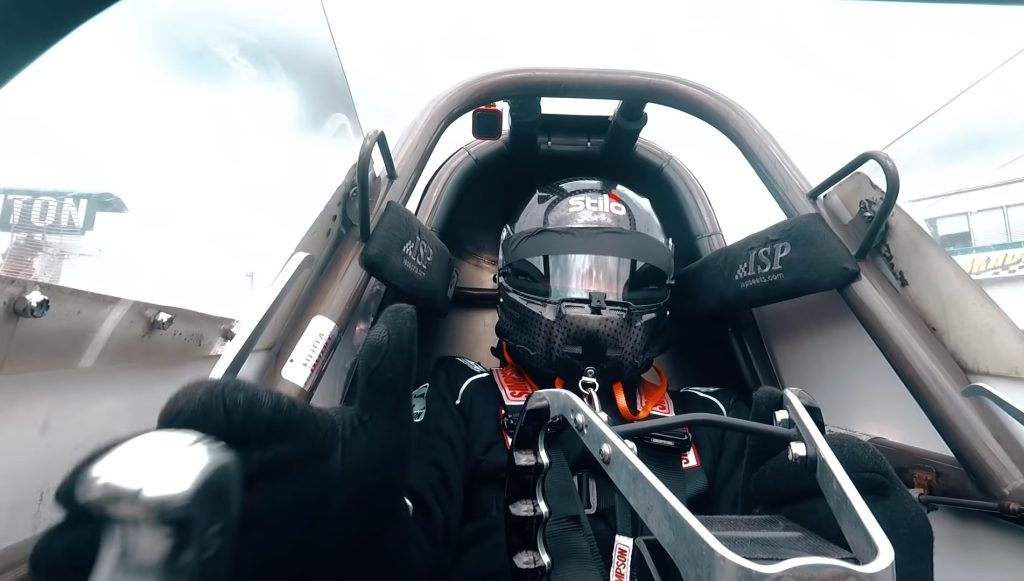 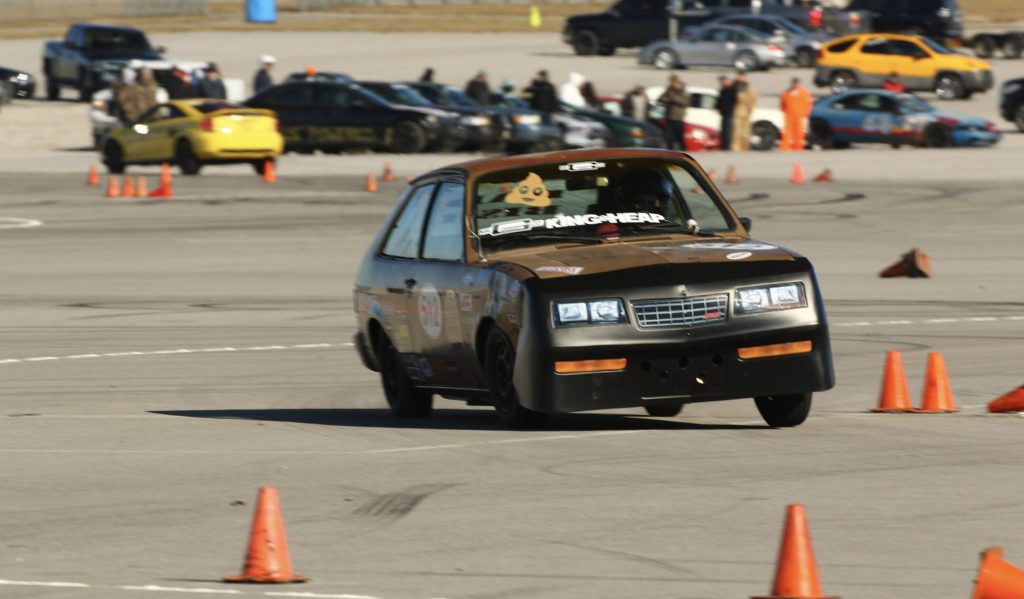 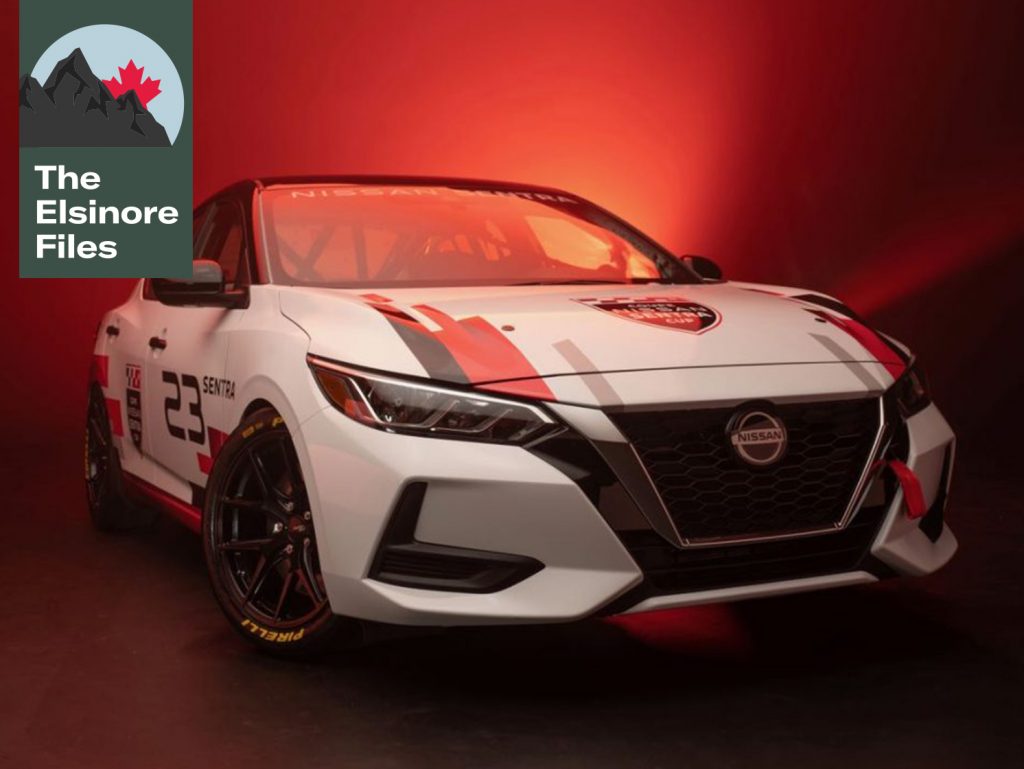