In 1974, race car collector Steve Earle established the Monterey Historic Automobile Races as a means of paying homage to retired race cars, which, at the time, were generally regarded as not worth saving, spawning the saying, “There’s nothing more useless than last year’s racing car.” The Monterey Historics have been an important factor in making that saying moot, a thing of the past. The event is now called the Rolex Monterey Motorsports Reunion at WeatherTech Raceway Laguna Seca and old race cars are today some of the most valuable collectors cars that exist. After missing a year due to the pandemic, the Rolex Monterey Motorsports Reunion returns to Laguna Seca on August 12 through August 15 this year.

Starting in 1975, the races have had a featured marque or racing team each year. This year’s honored marque is Ford in Trans-Am, celebrating the 55th anniversary of what became known as the Pony Car Wars, a competition that lasted from 1966 to 1972.

The Rolex Monterey Motorsports Reunion is not just a rare chance to see historic race cars in action. The paddock is also open to spectators, so you can get a first hand look at mechanics prepping and repairing the cars that are participating in the historic racing. Many owners will invite spectators to get an even closer look.

When the Sports Car Club of America started the Trans-Am road racing series in 1966, its initial focus was on European sedans with less than 2.0 liters of engine displacement. Think Alfa Romeos and Lotus Cortinas.  Soon, however, the series became the venue for the American automakers slugging it out with small block V8 powered American sports coupes, hoping to sell on Monday after winning on Sunday. The name Pony Cars came from the Ford Mustang, which initially dominated the over-2.0 liter class, winning the manufacturers’ title in 1966 and 1967, led by Jerry Titus driving for Shelby American. The Mustangs fought it out with competitors like Mark Donohue’s Team Penske Camaros, later MOPAR powered Barracudas, and even Javelins from little American Motors. Ford Mustangs (and Fox-body Mercury Capris) would also see success in the Trans-Am series in the 1980s, 1990s, and early 2000s, with teams run by Jack Roush.

Ironically, while the term Pony Car is an obvious reference to the Mustang, the very first “pony car”, a performance two-door coupe with a long hood and short rear deck, was in fact a Chrysler product, not a Ford. The Mustang was famously introduced at the New York World’s Fair on April 17, 1964. The Mustang’s development was hardly a secret in Detroit but while it took bureaucratic General Motors until 1967 to introduce the Chevy Camaro and then the Pontiac Firebird, faster moving Chrysler beat Ford to the punch by revealing the Barracuda on April 1, 1964, a couple of weeks before the Mustang was debuted at Flushing Meadows. Just as Ford turned the compact Falcon into the Mustang, Chrysler took the A-body Valiant, gave it a fastback glass rear window and V8 power, and created the Barracuda.

Competition in the showrooms moved to the race track and by 1966, racing in the Trans-Am series was a natural decision for American automakers. With all-American muscle cars headlining the series, Trans-Am became very popular, attracting both racing fans and many of the top drivers of the day, including Donohue, A.J. Foyt, Richard Petty, and Parnelli Jones. Interestingly, despite the series attracting some of the top driving talents in the world, there was no Trans-Am driver’s championship in the first years of the series. George Follmer won the first official driver’s championship in 1972, at the wheel of an AMC Javelin, run by Roy Woods Racing.  Previously, Trans-Am was strictly a manufacturers’ competition. Ford won in 1966 and 1967, with Shelby American’s Terlingua Racing Team, Roger Penske’s blue and yellow Camaros won in ’68 and ’69 with Mark Donohue at the wheel, Ford won again in 1970 with Parnelli Jones’ iconic Boss 302 Mustang run by NASCAR’s Bud Moore Racing, and Roger Penske and Mark Donohue won again in 1971, this time racing a red, white, and blue AMC Javelin. 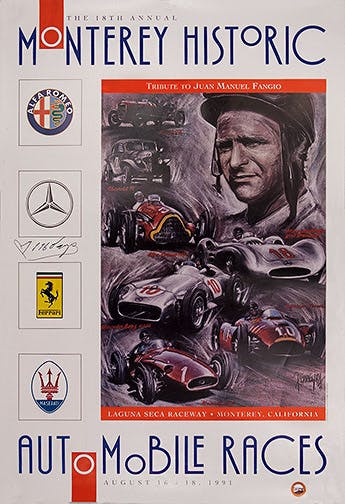 The American automakers took Trans-Am very seriously and came up with special engines and even special production models to improve their chances at winning. The displacement limit of 5.0 liters is how Ford’s 289 cubic inch V8 was turned into the 302 version, and speaking of the 302 V8, the Boss 302 Mustang was developed in great part to be the foundation of Ford’s Trans-Am effort. Chrysler’s AAR ‘Cuda and American Motors’ limited run of Javelin SST Trans-Am models were specifically targeted at the Trans-Am racing series. There’s some irony in the fact that the best known “Trans-Am” model, the performance version of the Pontiac Firebird, wasn’t made to compete in the Trans-Am series as its smallest engines were too large for the series’ displacement limit. As a matter of fact, General Motors was compelled to pay the SCCA a $5 per vehicle licensing fee after initially not getting permission from the sanctioning body to use the organization’s registered trademark for the racing series.

The Trans-Am racing series’ “golden era”, is considered to have lasted from 1966 through the 1972 season. The active involvement of all the major American automobile manufacturers and the participation of many of the very best drivers and team managers of the era made the racing as exciting and as competitive as motorsports can get. All good things must come to an end, though, motorsports doesn’t exist in a vacuum, and changes in the world meant changes for the Trans-Am series.

While engines used in the Trans-Am series were limited to 5.0 liters of displacement (302 cubic inches) the pony cars on the street were available with big block engines capable of putting out higher levels of horsepower than their racing siblings. Insurance premiums on high powered street cars started to rise, resulting in pony cars becoming more expensive to own and thus less popular. Then the 1973 oil crisis further hastened the end of the muscle car era. Automakers changed their focus and the golden era of Trans-Am racing came to an end. 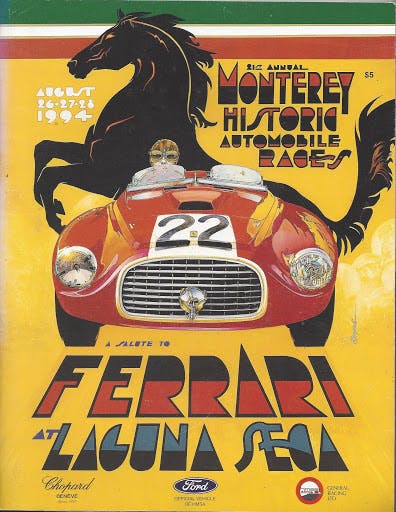 The Trans-Am series first raced at the legendary Laguna Seca race track in 1969 and that year George Follmer, Peter Revson, and Dan Gurney joined Jones at the wheel of Mustangs. This year, more than 300 vintage race cars along with many veteran drivers again return to the famed course. Unlike at other Monterey car week events like the Pebble Beach Concours d’Elegance, the hundreds of vintage cars at the Rolex Monterey Motorsports Reunion are not on static display but rather compete on the Laguna Seca track in a number of different competition classes representing nearly every era of motorsports. The racing classes are typically joined by a special race group dedicated to a particular historic racing series as well as the featured marque. While some care is taken to prevent the destruction of irreplaceable race cars, the competition is real and some very pricey machinery has been damaged at the Motorsports Reunion, though the owners seem to take that in stride. Race cars earn their scars. 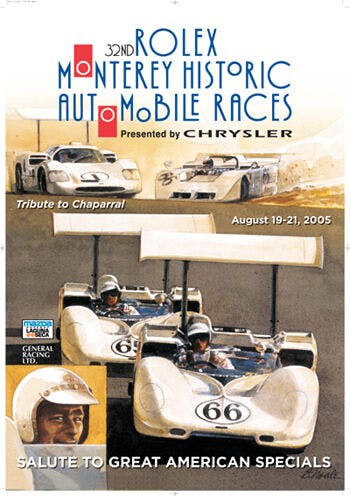 This year’s run groups are:

The Rolex Monterey Motorsports Reunion is open to the public, with a variety of ticket packages available. Check Laguna Seca’s website for prices and details.