Seventy-five gallons of race fuel slosh suspended over my head in a plastic container the size of a bathtub as 33 open-wheel sprint cars flash by. One peels off from the pack and darts down pit lane. It’s our team’s car. I shuffle back a couple steps so that my toes aren’t crushed by the car’s massive Hoosiers. The caged roadster skids to a stop in the pit box. Tire changers, tire carriers, and fuelers leap toward the car. Gripping a hose connected to the bathtub of methanol, our fueler climbs on top of the vehicle and straddles the exposed fuel tank. The nozzle clicks into the tank; that’s my cue. With all of my force, I yank down on a lever to open the fuel valve.

Gallons of the good stuff rush out of the container, through the hose, past my nose, and into the tank.

Any amount of spilled alcohol paired with a spark from the burbling engine, or the wheel guns, could send the whole shebang up in a blaze. If it does, it is my duty to close the valve early so that we don’t literally fuel the fire. In that case, I’m probably on fire, given my precarious position to the suspended methanol. No big deal.

For two summers I’ve volunteered for this duty as “deadman”—a rather odd position on the pit crew roster, responsible for manually operating the gravity-fed fuel tank valve. The name, despite its ironic allusions to my safety, comes from the crew member’s ability to bring the fuel to a dead stop. Prior to pumps (which still use a deadman to control a valve), teams used gravity to fill their cars in IndyCar, Formula One, and sports car racing. And this is how teams still fill their sprint car tanks every Memorial Day Weekend, at the Little 500.

Quarter-mile oval Anderson Speedway annually hosts a 500-lap pavement sprint car race on the evening prior to the Indianapolis 500. Appropriately dubbed the Little 500, the marathon race —held about an hour north of the Brickyard—has been an Indiana amuse-bouche to Sunday’s crown jewel since 1949.

Joe Helping built the track in 1948 and opened it under the name Sun Valley Speedway. The story goes that Helping was originally planning to build a bowling alley and rec center amid his 32 acres on the outskirts of town, but two Anderson councilmen convinced him to build a circle track instead. Perhaps ignorance is bliss. Emulating the Indy 500, the inexperienced track owner announced his own 500-lap race featuring 33 cars. According to track historians, pressure was on Helping to reduce the number of laps for fear that teams might rack up pricey tire bills. Helping relpied, “Then we’ll run bicycles, because we’re gonna have a Little 500 and that’s the way it’s gonna be.”

Eighteen cars finished the first Little 500 in 1949, and five did so without making a pit stop. Helping had himself a race.

Even if tires aren’t tested, tempers sure are. After more than 70 years, drivers and teams hailing from numerous racing disciplines flock to the bullring every Memorial Day Weekend to bump, gouge, and route their way to victory.

It may seem odd that I volunteered a prime summer night to stand under a tub of fuel and risk my life, but the decision seems less foolish when you consider the pedigree of the people that I rubbed shoulders with, inside Anderson’s cramped infield. Last year, ex-Corvette Racing boss Dan Binks made his debut as sprint car engine builder at the Little 500. His venerable V-8—likely built with parts used to secure Corvette wins at Le Mans—was stuffed between the tubular frame rails of Kevin Doran’s sprint car.

Apart from stock car racing’s upper echelons, the Little 500 is the only circle track race on the entire continent to feature live pit stops. “Live” meaning racing action is not paused to allow time for teams to service their vehicles. The time a driver spends on pit lane is valuable time lost on the track.

Additionally, the pit stops are held inside the quarter-mile oval on the paved figure-eight track. Teams cram in like a town seeking refuge in a school gymnasium. Hot dog buns are next to the Advil, which are next to the Crescent wrenches, which are in boxes next to the lawn chairs. The only thing separating the infield’s contents from the action on the track are a few strategically placed concrete barriers.

Back to the pit stop. Much like an NFL kicker, the deadman—and the rest of the crew, for that matter—must withstand concentrated pockets of pressure. Unlike a driver, who has hundreds of opportunities to perfect a corner, the crew only has a couple shots. And if someone like the deadman messes up their rather simple task, guess whose head is on the spike. While I remain hanging on the valve like a monkey in a fire suit, the several other crew members set to changing the tires. Since Doran’s team is one of the more professional outfits, the car is equipped with pneumatic jacks. Someone sticks an air-hose in the side of the cowl to raise the car.

Fueling is complete, new tires on, but our job isn’t done yet. As soon as the car is serviced, you mush scream and flail your arms like a banshee. Sprint cars lack a starter motor, so they require a friendly push from a pickup truck to get going. Once the spotting official at the end of pit road notices our antics, they direct a Silverado to our pit stall, where it shoves our driver away, nearly clipping the toes of another team’s crew member.

Victory is in the hands of the driver now. 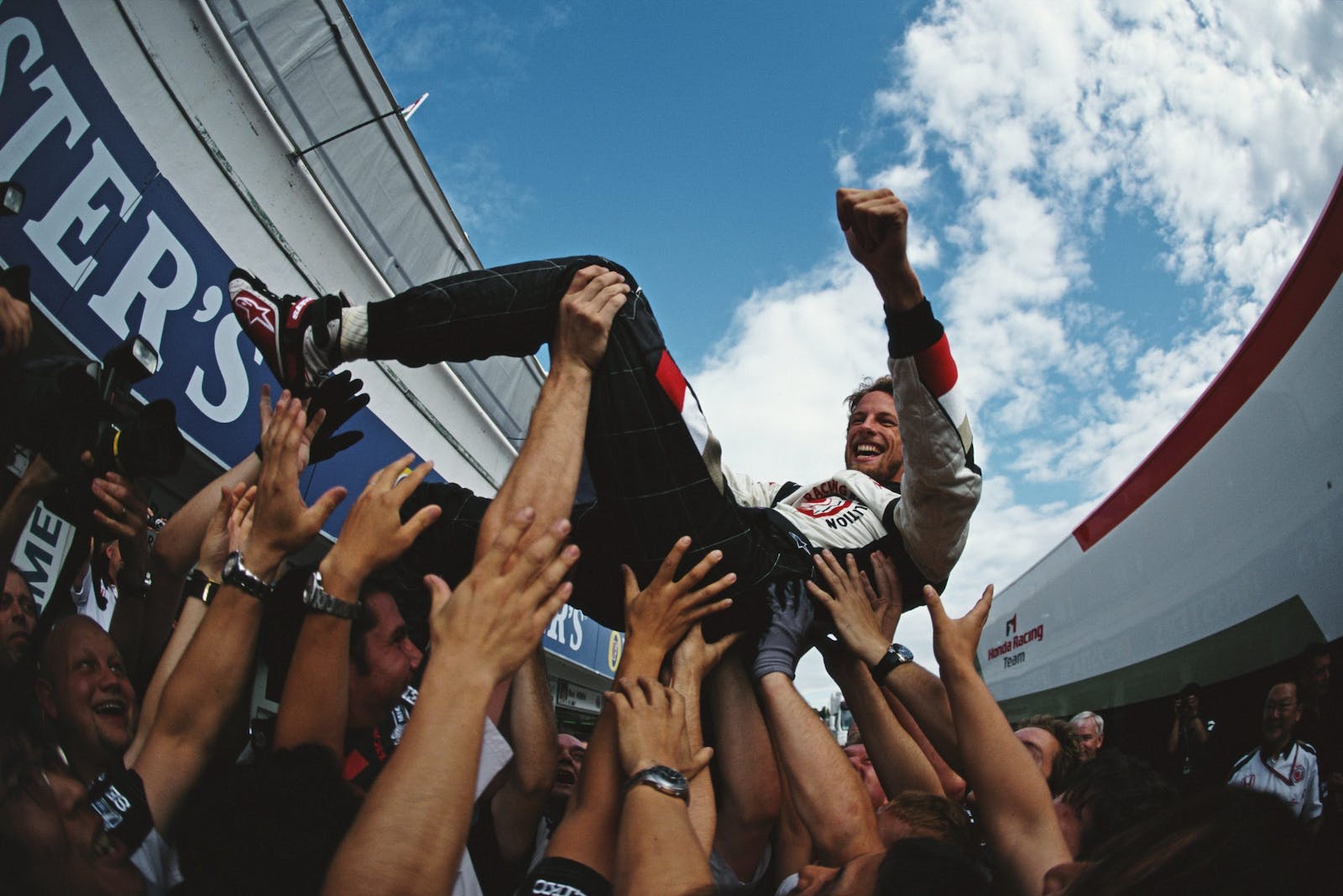