Ducati’s 900 Super Sport was the superbike of the ’70s

April 23 is traditionally the day on which the English celebrate St. George’s Day, but for many motorcyclists it means something different—this year more than ever. Half a century ago an Englishman named Paul Smart celebrated his 29th birthday on that date by riding a silver 750cc Ducati V-twin to a famous victory in the Imola 200, arguably the year’s most prestigious race.

Smart’s win—which he earned against formidable opposition, including 500cc world champion Giacomo Agostini on an MV Agusta—wasn’t just the veteran pro racer’s biggest-ever result. Smart narrowly beat his team-mate Bruno Spaggiari, and Ducati’s dominance that afternoon put the small firm from Bologna on the motorcycling map. Thus began the story of rapid and glamorous V-twins on which the marque’s current success was built.

Tragically, the universally popular Smart died last October following a motorcycle accident and did not live to illuminate his 79th birthday this year with the stories of his epic Imola triumph. But his legacy lives on in the thunderous V-twins that followed, especially the half-faired Super Sport models that were among the fastest and most charismatic superbikes of the ’70s.

Ducati promised an “Imola Replica” streetbike immediately after the 1972 race, and the resultant 750 Super Sport proved well worth the wait when it finally reached production in 1974. Powered by a tuned version of the firm’s recently released V-twin engine, uprated with Ducati’s desmodromic system of positive valve closure (rather than springs), it made an impressive 71 hp, was good for over 130 mph and was uniquely lean, simple, and racy.

The model that arguably captured Ducati’s ’70s appeal more than any other followed a year later, when the firm uprated the 864cc V-twin from the 860GT roadster with desmo cylinder heads and bolted it into the 750SS chassis to create the 900 Super Sport. This was an open-class superbike to rival the best from Laverda and Moto Guzzi, a supremely purposeful blend of style, character, engine performance and handling ability.

Ducati chief engineer Fabio Taglioni’s V-twin engine was a work of genius. Its air-cooled cylinders were set at 90 degrees, with bevel drive to single overhead camshafts. Like the 750SS, the new bike combined its desmo valvegear with polished conrods, big 40mm Dell’Orto carburetors, and free-breathing Conti pipes. Peak power output was up to 78 hp, with a useful midrange gain over the smaller engine.

The bike that held this mighty motor was unashamedly functional, from its low, clip-on handlebars, racy half-fairing, and twin drilled Brembo discs at the front to the rearset footrests and the storage area (accessed via a zip) in the hump of its thinly-padded single seat. It had no electric starter and no indicators—zero unnecessary flab. Every component was there for a reason, and that reason was speed.

Full disclosure: the silver-and-blue 900SS was my teenage crush way ahead of Farrah Fawcett, and I’d have bought one on hire purchase after leaving school if my dad hadn’t wisely refused to guarantee the payments. That would have been a disaster, because the 900SS was a high-maintenance, temperamental beast. Way out of my league. Years later, a frustrating morning spent with a scruffy and hard-to-start borrowed example had dimmed my adolescent adulation.

But a well-maintained Super Sport like this immaculate 1975-model machine you see pictured here, owned by Bolton-based enthusiast Andy Graveson, responds if you follow the routine. Jab the kick-starter a couple of times to free the clutch and find compression. Then turn ignition and fuel on, tickle both carbs to get the gas flowing, open the throttle a quarter-turn, and kick. The motor fires immediately, with a deep bark through the open Contis.

The Super Sport emphatically was not built for slow-speed riding, as the briefest of journeys through town confirms. Its riding position stretches you out over the long tank, with feet high though not particularly cramped. The front end absorbs bumps reasonably well but the firmly suspended rear clanked over potholes hard enough to make me pick my way around road blemishes that I had barely noticed on many other bikes.

A tall first gear doesn’t help either, although at least the engine is docile even at low speeds, feeling smooth and delightfully torquey as it slurps loudly through the unfiltered Dell’Ortos. And when I reached the open road the Ducati immediately came into its own. Given a twist of throttle it surged forward, picking up speed smoothly and with a seamless power delivery. Its exhaust note hardened to a crescendo as the revs approached 7000 rpm, the start of the red zone, with 1000 rpm still to come before the absolute rev limit.

In ’75 the 900SS came with a right-foot gear change, and a down-for-up pattern that meant every shift required concentration. Despite slight wear in the lever the change was pretty good (later left-foot conversions were regarded as less precise, due to the complicated linkage). The Ducati could be flicked easily through its five-speed ‘box given a helping blip of the throttle with each downshift. Once in top I was often tempted to leave it there on fast roads, relying on the V-twin’s torque to send the bike barreling out of fast curves with a machine gun–like roar.

The Super Sport was good for about 135 mph in standard trim, enough to see off almost all opposition in ’75. More importantly for road use, it cruised at up to 100 mph with a nonchalant, long-legged, mile-eating ease. The half-fairing was effective for fast riding, giving lots of protection provided I crouched down behind the screen. No doubt the fairing contributed to the Ducati’s legendary stability, too. The 900SS remained rock-solid at speeds that would have had many of its contemporaries weaving all over the road.

High-speed handling was regarded as the Ducati’s strongest suit, and it is easy to see why. Through a couple of fast curves the handlebars begins to feel a bit vague, but the rest of the time the bike simply goes where it is pointed. Its combination of light weight, stiff steel-tube frame, long-wheelbase geometry, and Marzocchi suspension at front and rear makes for fairly slow steering and a wonderfully unshakeable cornering feel.

This bike’s forks are slightly too soft when the powerful Brembo front brake is used hard. But they soak up bumps effectively and the Ducati refuses to be diverted from its line, even when the stiff rear shocks kick back over bumps. The Pirelli Phantom rubber looks laughably narrow by modern standards but gripped well, even when the bike was cornering hard enough to exploit its abundant ground clearance.

Riding this lovingly cared-for Super Sport was a magical experience, and confirmation of its status as one of the greatest of ’70s superbikes. This month, more than ever, Ducati’s elegant silver star also serves as a fitting reminder of that famous day at Imola in 1972—and of Paul Smart, the plucky Englishman who conquered the world’s best on St George’s Day all those years ago.

Lows: Harsh on body and wallet 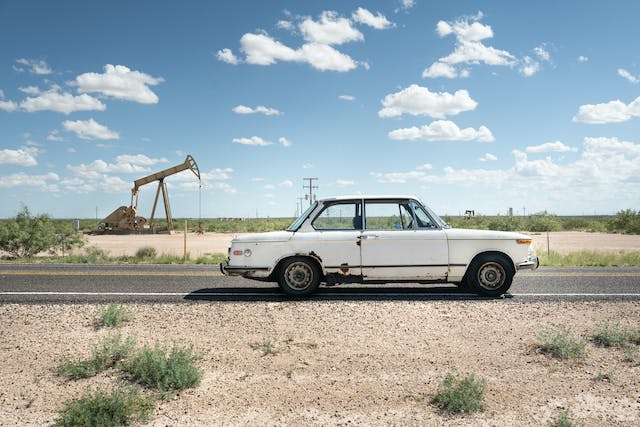 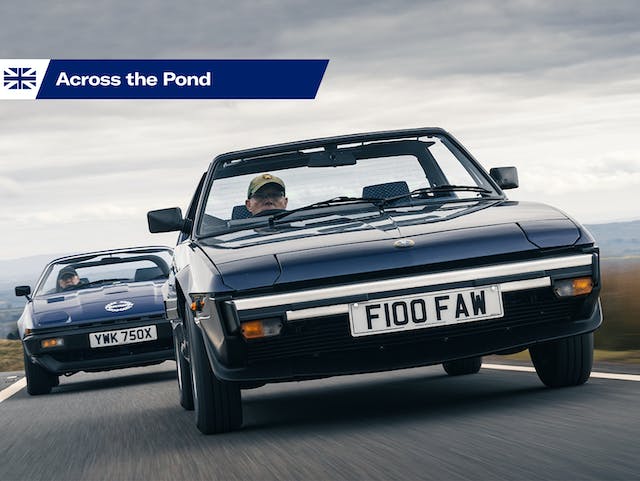 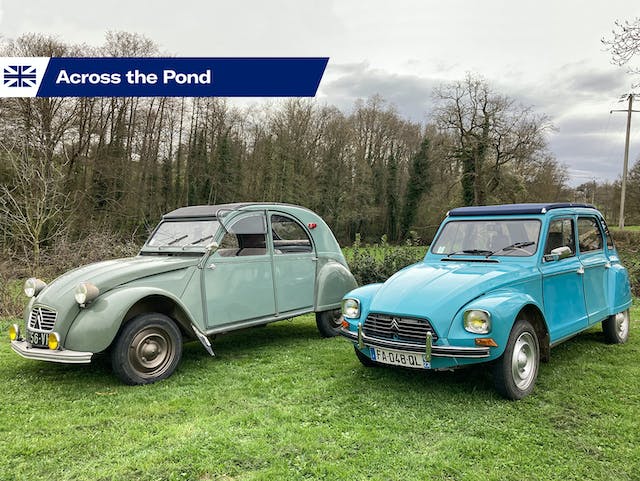 Driving French Bred: 2CV, Dyane, and a day in the countryside
Antony Ingram