80-year Ford man has 8 Blue Ovals, and a Hudson, in his barn

I was born at home in 1938, on an 80-acre farm in Labette County, Kansas. My father was strictly a Ford man. He thought Henry Ford was the greatest thing since sliced bread, so he always owned Fords, and when he took his kids to look for cars, all you got to look at were Fords.

We lived about eight miles from the high school, and I’d always ridden the bus. But then I went out for sports, and the bus got me home late. Dad didn’t like that. He wanted me home early enough to do my chores, so he bought me my first car when I was 16—a ’51 Ford two-door.

Dad was always doing his own mechanical work, and I picked that up from him. At school, there was an auto shop, so some friends and I would always take our cars there to do tune-ups and stuff. I painted that car in the shop, too, a light green with a white top.

After high school I went to work for Boeing in Wichita, but I didn’t like the big city, so I came back home to Coffeyville and got a job at a little manufacturing company called Funk, first building airplanes, then transmissions. By the time I retired, it was a John Deere facility.

In 1992, we moved to a place on 10 acres with a metal outbuilding that had been a horse barn. I tore out all the stables, poured a cement floor, and insulated it. I also started going to estate sales and auctions to buy automobilia to decorate the place, and it’s the perfect house for my collection, which stands at nine cars: a 1930 Model A, a ’39 Standard, a ’41 convertible, a ’50 F-1 pickup, a ’51 convertible, a ’53 Sunliner convertible, a ’54 Hudson Wasp, a ’57 Thunderbird, and the Mustang.

The Hudson isn’t a Ford, of course, but it belonged to my sister and brother-in-law, and when they passed away, well, I inherited it. I added a Thermador swamp cooler to it several years ago. It looks neat, but I never did want to put water in it, because I was afraid it might rust in there.

I also ended up with my brother’s car, which is the ’39 Standard. After his wife passed away, he kind of lost interest in it and sold it to me on the condition I leave it to his granddaughter when I’m gone. So I have it, and someday it will be hers.

A few years ago, a friend of mine in Wichita called to say his father-in-law’s Model A was for sale. Around that time my wife had told me “no more cars,” so I backed off, and my buddy John bought it instead. Well, when he died a couple years ago, I bought it from his widow. It’s a mighty fun car to drive, and I love the sound of that old Ford.

I’ve only ever sold one car, which was a blue ’56 Sunliner convertible. You don’t see a lot of those. But a fellow in Norway wanted it worse than I did, so I sold it to him. I had to deliver it down to Houston with documents so it could be shipped overseas. I had it advertised for sale online for about two years, and just thought it ain’t going to sell. Then all of a sudden, this guy calls and says he’ll take it. Didn’t even dicker over the price. I was a little worried about how the money would change hands, but I set up an account and he put the money right in there. So I had his money and the car and the title, and he didn’t seem to care. But I thought, well, they might have the mafia over there, so I better not keep the car.

My wife, she was raised on a farm also, and her dad had a ’50 Ford pickup. He wouldn’t buy her a car, so she had to drive the truck to school. Well, we were at a flea market in Tulsa 20-some years ago and a guy had this F-1 pickup for sale. She saw it, and it was the same year and model as her dad had, so we bought it. She got a lot of good use out of that truck.

I have a good time cruising in my cars, and I try to get to several car shows every year. I used to trailer whatever car I wanted to bring, but that got to be quite a bit of work, so now, if they’re not too far I usually just drive. My buddies and I also have a little car club here, and we’ll go to shows together. There are about 15 of us, and we call it the Dalton Gang. They were a group of bank robbers, and in 1892, Coffeyville is where they met their Waterloo. We just kind of have fun with that. 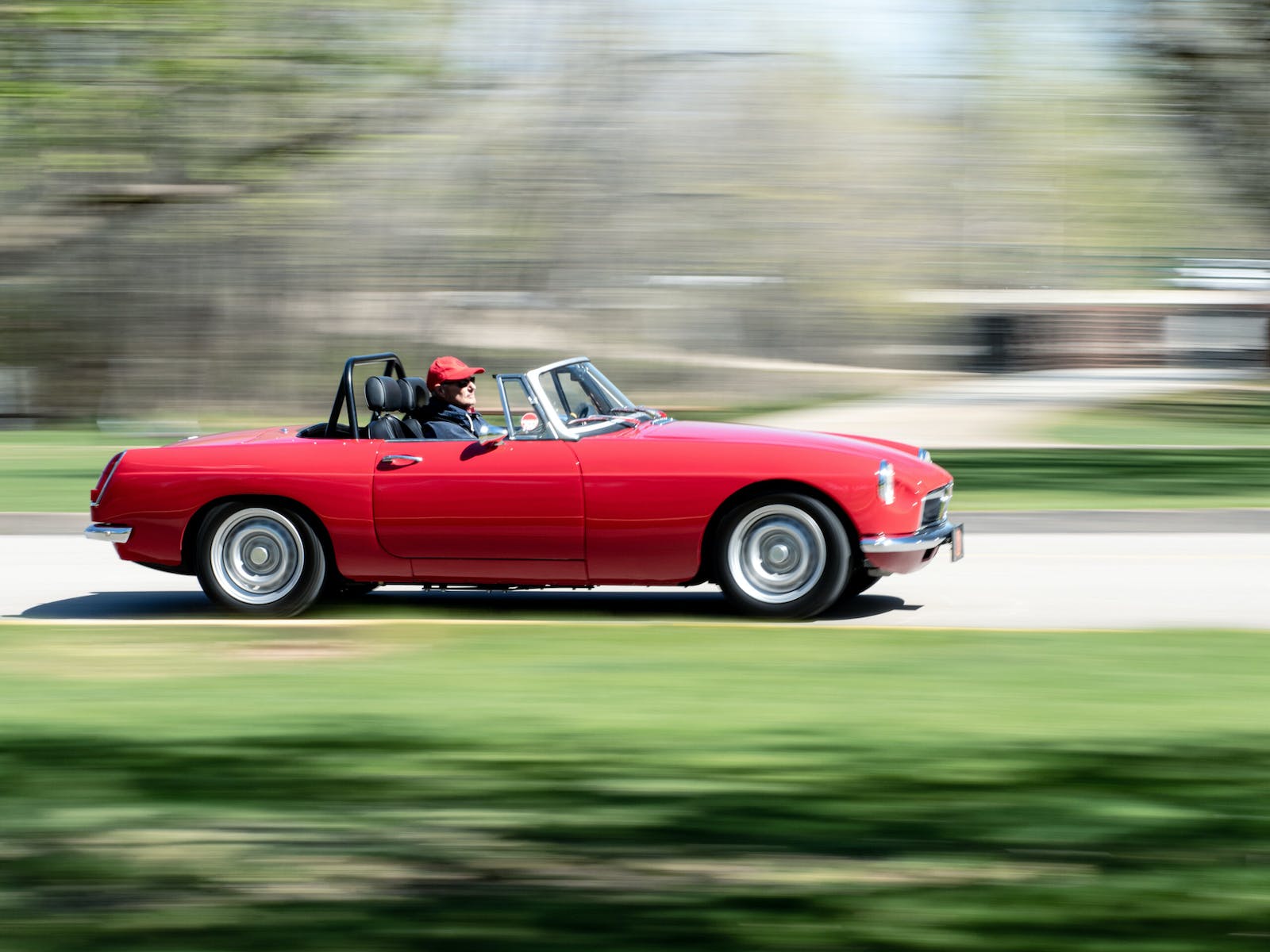 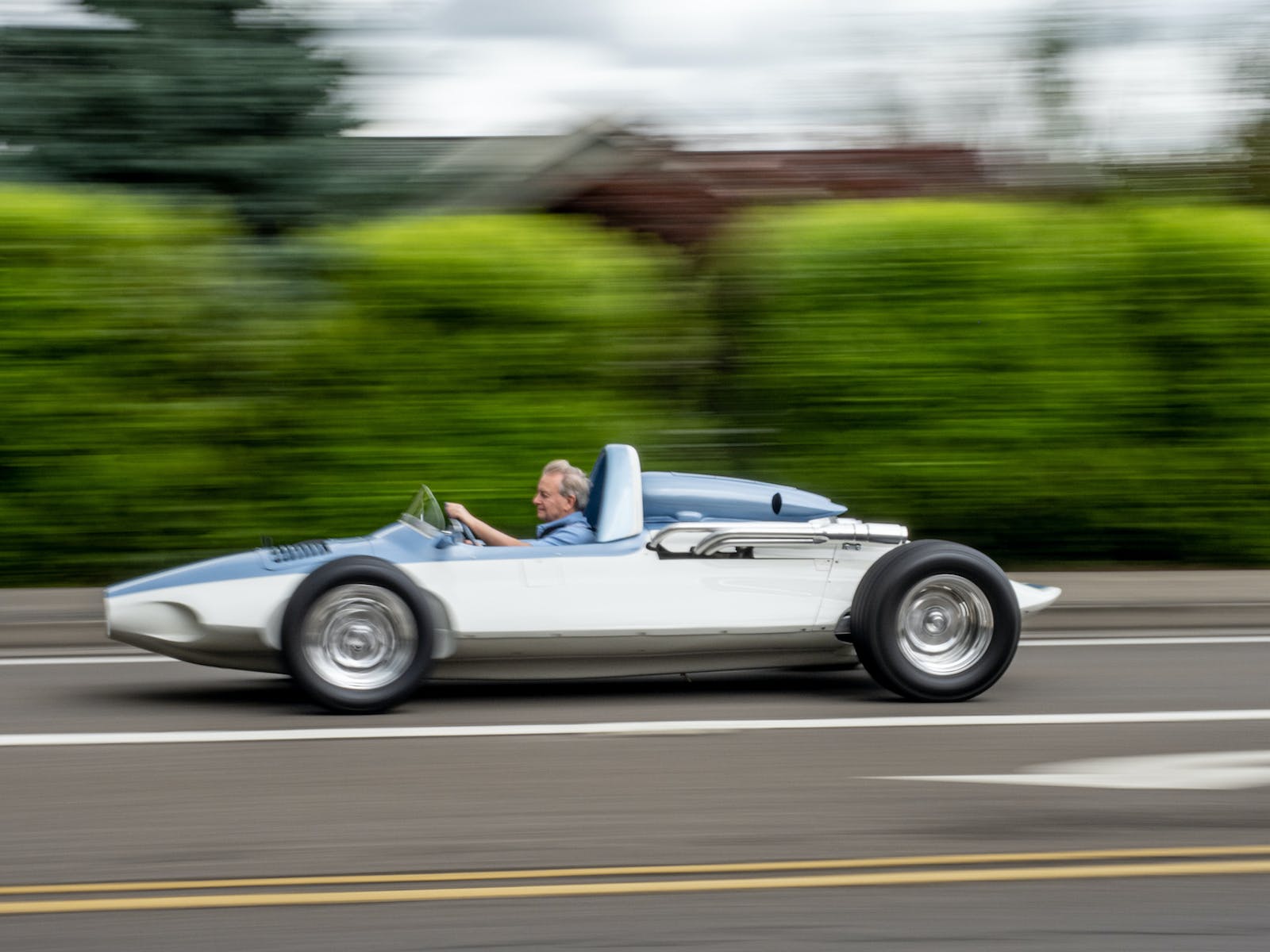 Get an insurance quote
A Story About
Leave comment
Read next Up next: This 609-hp 500 XL is a Galaxie beyond stock