The hobby of off-roading has been gaining popularity since the 1960s, but it has exploded in the last decade. With more and more people getting out on the trail, and sales of pickup trucks and SUVs rising at an ever-growing clip, automakers have answered the call. Off-road packages are more wisely conceived and better engineered than ever, with special suspensions, increased ground clearance, protective skidplates, locking differentials, and beefy bodywork.

Factory off-road packages are nothing new, dating back to the 1970s with vehicles like the Stroppe Baja Edition Ford Bronco and the Dodge Power Wagon with the Macho Package. Any Simon and Simon fans out there?

But the modern era of truly serious factory-built off-road machines began with the popularity of the Ford Raptor pickup, which first hit the streets and off-road parks of America in 2010. That model’s immediate success has fueled Ford to not only engineer a Raptor version of the 2019 Ford Ranger pickup, but to also re-introduce the Bronco for the 2020 model year. The Raptor also lit a fuse under the rest of the industry, and today there are several serious off-road-ready, highly capable pickups and SUVs available to enthusiasts of all types and budgets. Here are our picks for the top seven.

It’s the demon love child of a Mercedes-Benz G-Class and the monster truck Graaaaave Diggerrrrrrrrr. Considering it costs $227,300 before options or delivery, the 2018 Mercedes-Benz G 550 4×4 Squared will be a rare sight at a State Vehicular Recreation Area near you. That’s unfortunate because despite looking like a circus sideshow, it’s one of the most serious off-road machines to ever hit the showroom floor.

Mercedes starts with a G 550, which already offers extreme approach and departure angles as well as three locking differentials, and cranks up the volume with portal axles, adjustable dual coilover suspension, and larger diameter tires which raise its ground clearance to 17.2 inches. The G 550 4×4 Squared also gets stainless steel under armor and a wider track. Mercedes says the 416-hp SUV, which weighs an incredible 6694 pounds, can ford a stream up to 39.4 inches and climb an 80-percent grade.

The rock crawler and climber of this bunch. Based on the Ram 2500, the 2018 Power Wagon is the only pickup available with front and rear solid axles each with an electric locking differential. To improve articulation, Ram also equips the Power Wagon with an electronically disconnecting front stabilizer bar and an additional joint at the upper axle mount called Ram Articulink. Bilstein shocks are standard, and taller springs and larger 33-inch tires add about two inches of additional ground clearance.

Every Power Wagon is powered by a 6.4-liter V-8 cranking out 410 horsepower and 429 lb-ft of torque, which lets it tow nearly 10,000 lbs. The Hemi works with a transfer case with a steep 2.64:1 low range for crawling and steep grades, and every Power Wagon gets a standard 12,000-pound Warn winch mounted behind its front bumper, which is useful, but also just cool. Prices start at $53,690 including destination fees.

TRD stands for Toyota Racing Development. It’s the manufacturer’s team of in-house hot-rodders responsible for the brand’s motorsports operations including NASCAR, drag racing, drifting, and, of course, off-road racing (think Baja 1000, which TRD won twice outright). On the street, TRD is best known for its off-road-ready suspensions on the Tacoma pickup, which is now available in TRD Sport, TRD Off Road, and the ultimate TRD Pro trim levels.

Opting for the TRD Pro package takes the price north of $41,500, but it radically increases the pickup’s off-road capability with a substantial upgrade in hardware. Fox Racing Shox, a hugely respected company in the off-road community, supplies coilover front dampers with thick 2.5-inch diameter aluminum housings for additional strength, as well as remote reservoir shocks in the rear. There is also an aluminum skid plate, additional ground clearance, more suspension travel, and a locking rear differential.

The TRD Pro rolls on 16-inch wheels wrapped in knobby Goodyear Wrangler rubber. It features Toyota’s Multi-Terrain Select system and its unique Crawl Control, which is basically low-speed off-road cruise control. And get this—for 2019 Toyota has announced an optional snorkel on the Tacoma TRD Pro which moves the engine’s air intake high above the roof. Toyota calls it the TRD Desert Air Intake and says it allows the engine to breathe cleaner air during dusty off-road driving.

For off-road enthusiasts looking for a family-friendly SUV, Toyota also offers the 4Runner TRD Pro. Although its off-road hardware and performance is similar to the Tacoma TRD Pro, there are some key differences beyond the body styles. In any trim, the Toyota 4Runner, which still features body-on-frame construction and a solid rear axle, is among the most capable off-road SUVs available. With the TRD Pro package, it’s maybe the best. Plus it costs about $185,000 less than the Mercedes-Benz G 550 4×4 Squared.

Unlike the Tacoma TRD Pro, the 2019 4Runner TRD Pro uses rear coil springs instead of leaf springs, which give it better ride both on- and off-road. It also uses Bilstein shocks with remote reservoirs on the rear units (although it will switch to Fox units in 2019) and Nitto All-Terrain Terra Grappler tires. The 4Runner TRD Pro sits about an inch taller than a standard 4Runner, but its front springs are actually tuned softer and its dampers offer more droop for additional articulation. Front-wheel travel is increased about an inch and rear travel is up about 1.5 inches for a total of 10. A thick quarter-inch aluminum front skid plate and locking rear differential are standard, and like the Tacoma version, the 4Runner TRD Pro gets Toyota’s Multi-Terrain Select and Crawl Control systems.

Legendary Chevys often start with a Z. There’s Z2/8, Z11, ZR1, Z16, and many others. Well, add ZR2 to that list. One step up and over the already capable Colorado Z71, the ZR2 adds front and rear electronic locking differentials, two inches of additional ground clearance and skid plates and rock sliders to protect is mechanical bits and body. The ZR2 also looks tougher with 3.5 inches of additional width, flared fenders, and 31-inch Goodyears on 17-inch wheels, and Chevy’s engineers fitted a new front bumper for more clearance and a fittingly aggressive bulge to its hood.

But the Colorado ZR2’s true magic is in its suspension. The midsize truck is equipped with Multimatic shocks, the same company that developed the spool-valve dampers on the Z/28 Camaro. And they allow the ZR2 to dance over rutted terrain like it’s freshly laid asphalt. Prices start at $40,995 for an extended cab model, which also makes the ZR2 a heck of a value. A crew cab is also available, and Chevy offers the ZR2 with a 3.6-liter gas V-6 or a 2.8-liter Duramax turbodiesel four-cylinder.

In the world of full-size pickups, the ultimate off-road machine is the new Ford Raptor. Now in its second generation, the Raptor has become an off-road icon and Ford’s SVT engineers have taken the truck to a new heights of capability, adding suspension travel and power to the package.

Super Cab and Crew Cab models are available, and every new Raptor is powered by a twin-turbocharged 3.5-liter V-6 making 450 hp and 510 lb-ft of torque. It’s backed by Ford’s new 10-speed automatic transmission, co-developed with General Motors. Prices start at $51,415.

The civilian Jeep, or CJ, basically introduced Americans to the idea of off-road recreation when it debuted for civilians in 1945. Now, 73 years later, the completely redesigned 2018 Jeep Wrangler JL is the most off-road capable new vehicle money can buy.

Four trim levels are offered, but the most serious is the Wrangler Rubicon. It gets 33-Inch BF Goodrich All-Terrain T/A KO2 Tires, locking front and rear Dana 44 Heavy Duty Axles, which are icons of indestructibility, steel rock rails and skid plates, and an electronic disconnect for the front sway bar that radically increases suspension articulation. The Rubicon is also the only Wrangler model with a shorter 4.10 rear axle gear and Jeep’s Rock-Trac 4×4 System with a lower 4:1 4LO gear ratio for ultimate torque multiplication. Models with the manual transmission pack an 84.1:1 Crawl Ratio, which makes the Jeep all-but unstoppable on severe trails. 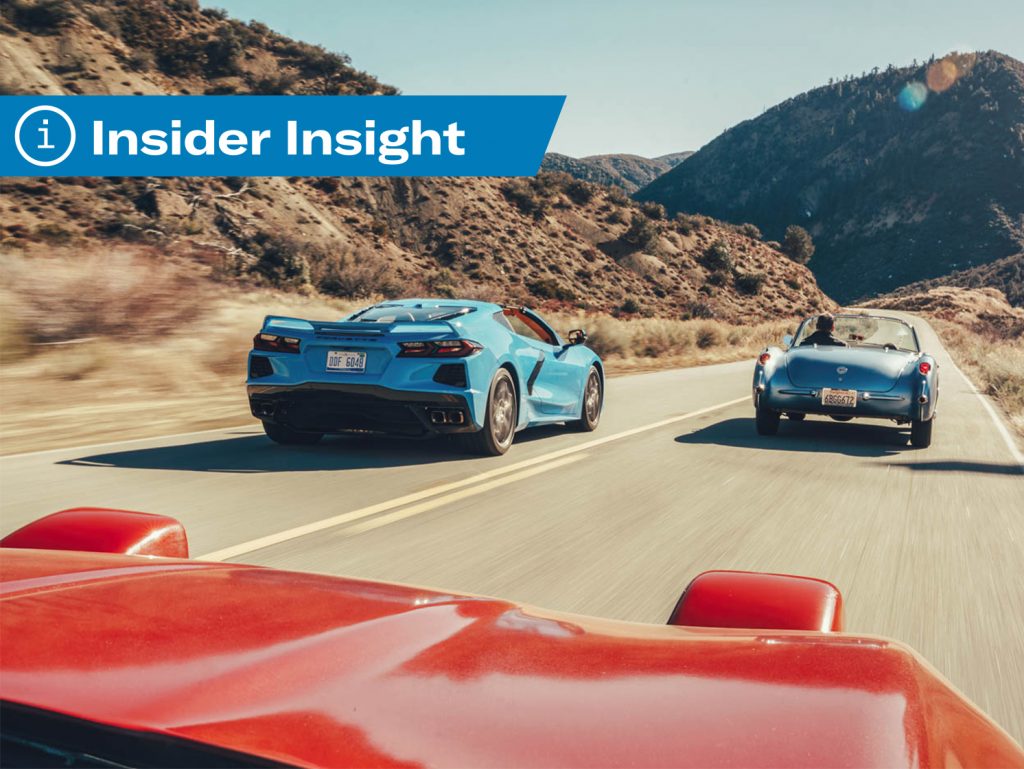