There are only six countries on the planet with more miles of road than Canada. The country is home to more than 258,000 miles of paved lanes, and Canadians have built the world’s third-longest highway system. Combine those facts with Canada’s friendly population, endless scenic beauty, and vast geography, and we start thinking road trip.

Although most people call it summer, road trip season is a more accurate description for many. It’s the best time to take your collector car out on the best roads, and we’re determined to get out there this season. We hope you are too. Hopefully this list of great Canadian road trips helps make it happen.

We’ve included short drives and long, and we’ve tried to accommodate every possible budget. And, of course, we’ve also tried to keep you off unpaved roads. They’re presented from east to west.

Highway 430 in Newfoundland, Canada’s eastern most region, is a spectacular drive, meandering through the area’s western coastline for about 300 miles, past historic fishing villages and the beauty of Gros Morne National Park. If you enjoy the local delicacy of pan-fried cod tongue, stop at the Old Loft Restaurant in Woody Point, which serves the region’s best, and then take a boat ride out into St. Anthony’s famous Iceberg Alley, where you get up close and personal with the massive white forms and humpback whales.

The Lighthouses of Nova Scotia 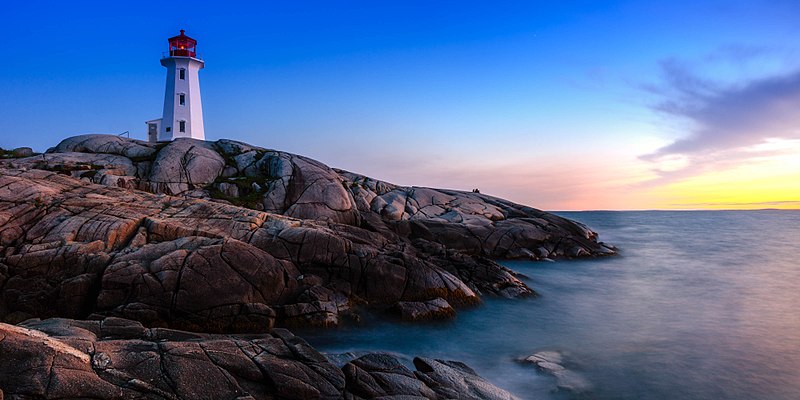 If you start as far south as Yarmouth, Massachusetts, and drive north, I-95 is an incredible drive that touches New Hampshire and rolls through Maine and New Brunswick, hugging the coastline for about 735 miles while passing 20 lighthouses along the way. Don’t miss Peggy’s Cove along Canada’s Highway 103, and once you hit Halifax check out the Maritime Museum of the Atlantic, where you’ll learn about the town’s strong connection to the 1912 sinking of the RMS Titanic. Halifix is closer to the sunken ship than any other major seaport and it played an important role in the search for its survivors.

Another great drive in this area is Nova Scotia’s Cabot Trail, which was voted a top-10 motorcycle trip by the readers of USA Today in 2014. This twisty and hilly coastal two-lane offers awesome views and spectacular scenery as it winds its way along the highlands of Cape Breton Islands’ northern tip for 186 miles. In the southwest, the road, which is also referred to as Trunk 30, cuts through the Margaree River Valley and passes through the Cape Breton Island National Park in the north. 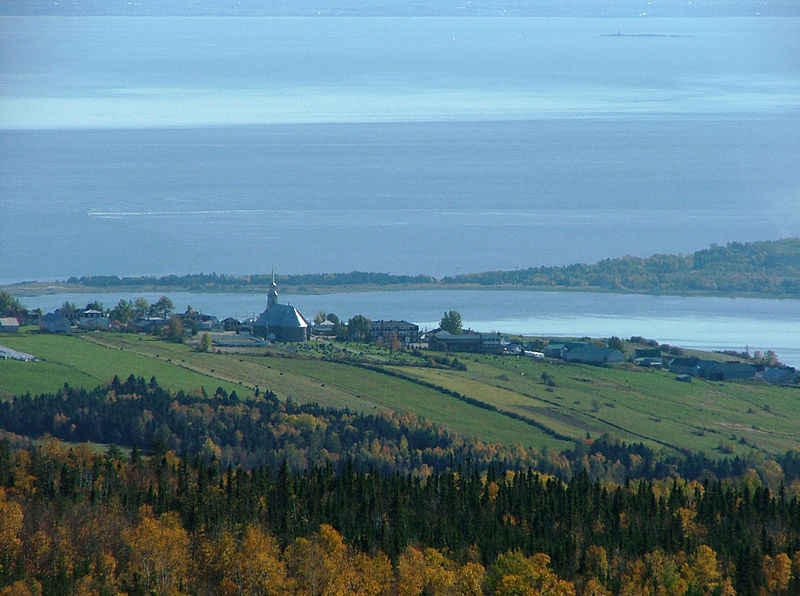 If you’re looking for shorter drive, check out this spectacular 50 miles of two-lane that snakes along the St. Lawrence River through the postcard villages of Les Éboulements, Saint-Joseph-de-la-Rive, and Saint-Irénée. This route connects Baie-Saint-Paul and La Malbaie, and there isn’t a more charming or picturesque region in all of Canada. Known for its whale watching, quaint B&Bs, and mouth-watering baguettes, this area is also home to roaring rapids, waterfalls, and the grandiose Fairmont Le Manoir Richelieu hotel, built on the riverfront in 1899. 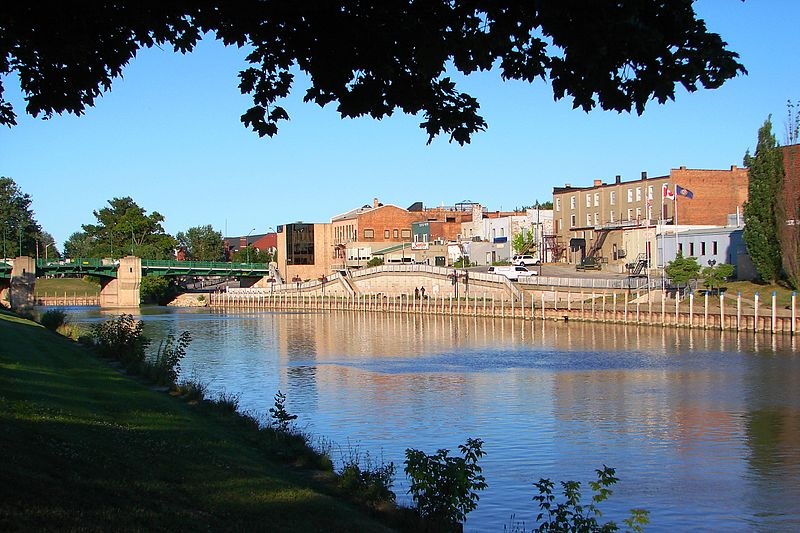 This destination is very close to the U.S. border, so it can be easily enjoyed by Canadians and American Midwesterners alike. Chatham-Kent is a historic and scenic region just east of Detroit, on the opposite side of Lake St. Clair. The region is made up of 23 communities, each situated on the coasts of Lake Erie, Lake St. Clair, and the Thames River, and they’re connected by some very special roads. Make sure you take Highway 3, which is a favorite of motorcyclists. It starts in the quaint beach town of Port Dover. 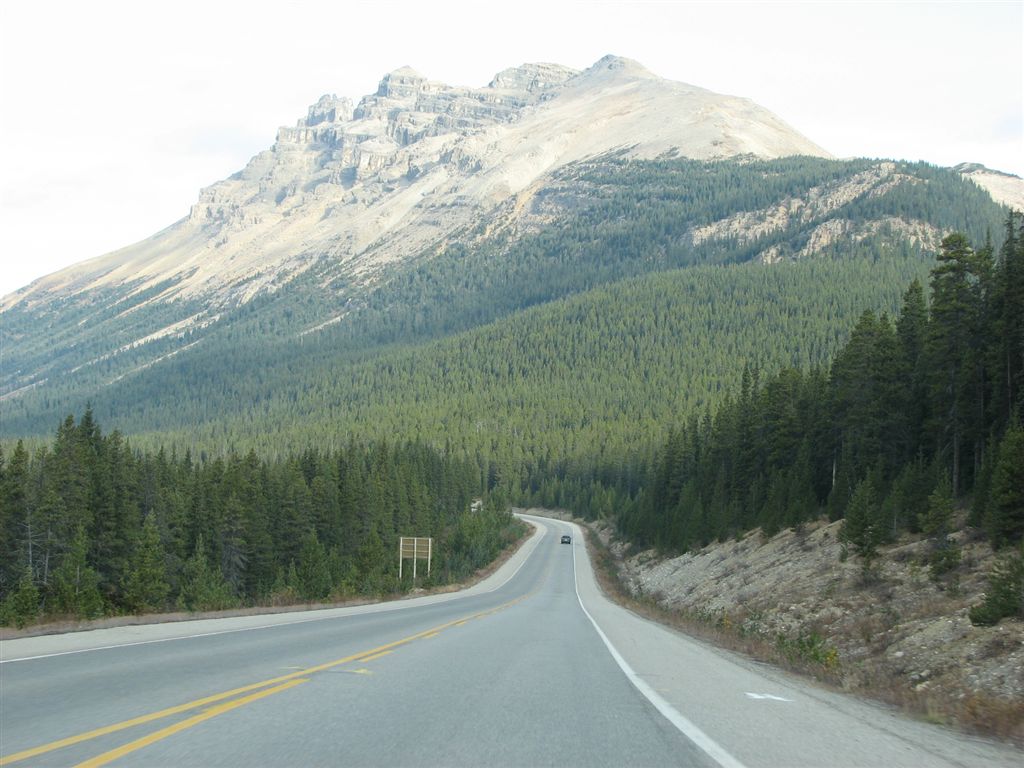 Canada’s Highway 93 is one of North America’s most scenic drives. With views of pristine lakes and the majesty of the Canadian Rockies, this 145 mile drive will take your breath as it winds its way past the Banff National Park and Jasper National Park, which are known for their wildlife spotting. The real get though, is a stop at the Columbia Icefields, which can be seen from the highway. Visit the Athabasca, Glacier, which is receding at a rate of 16 ft. per year, and don’t miss the Athabasca Falls about 20 miles south of Jasper, a quaint historic village seemingly untouched since its founding in 1813.

Located on the western shore of Kootenay Lake in the heart of the Kootenay Region, this small historic enclave is home to about 10,000 very proud residences. Nelson is charming, dynamic, relaxing, historic and cosmopolitan all at the same time. It’s home to over 300 restored historic homes, businesses and churches, but it’s also modern and thriving with a booming mix of fine dining and nightlife. Smack between Vancouver and Alberta, Nelson was recently named Canada’s #1 art town, and its surrounding area offers world class golf, hiking, and mountain biking. 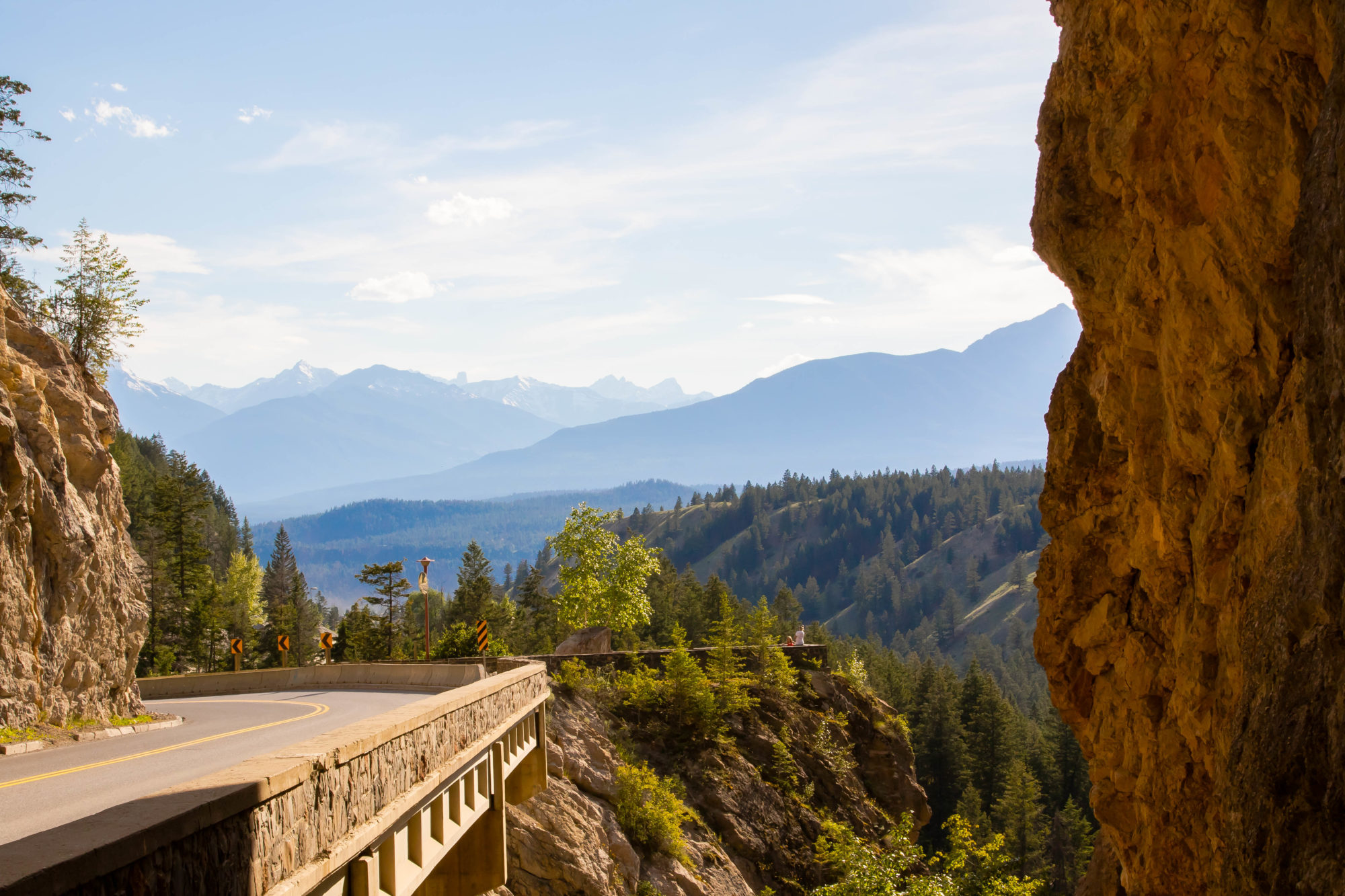 When most people think of Canada and hot springs they think of British Columbia, and many of those hot springs to be found in the Kootenay Rockies. In fact, this region is packed with one of the country’s highest concentrations of these natural mineral pools, including Fairmont Hot Springs and Radium Hot Springs, which are both located along a scenic stretch of 95 that traces the Kootenay River, just north of Canal Flats. To the west along Routes 31 and 6, check out the hot springs in Ainsworth, Halcyon, and Nakusp. Both roads follow bodies of water and snake through some of Canada’s most beautiful valleys. Along the way stop atop a 7700-foot summit and grab a bite at the Kicking Horse Mountain Resort. 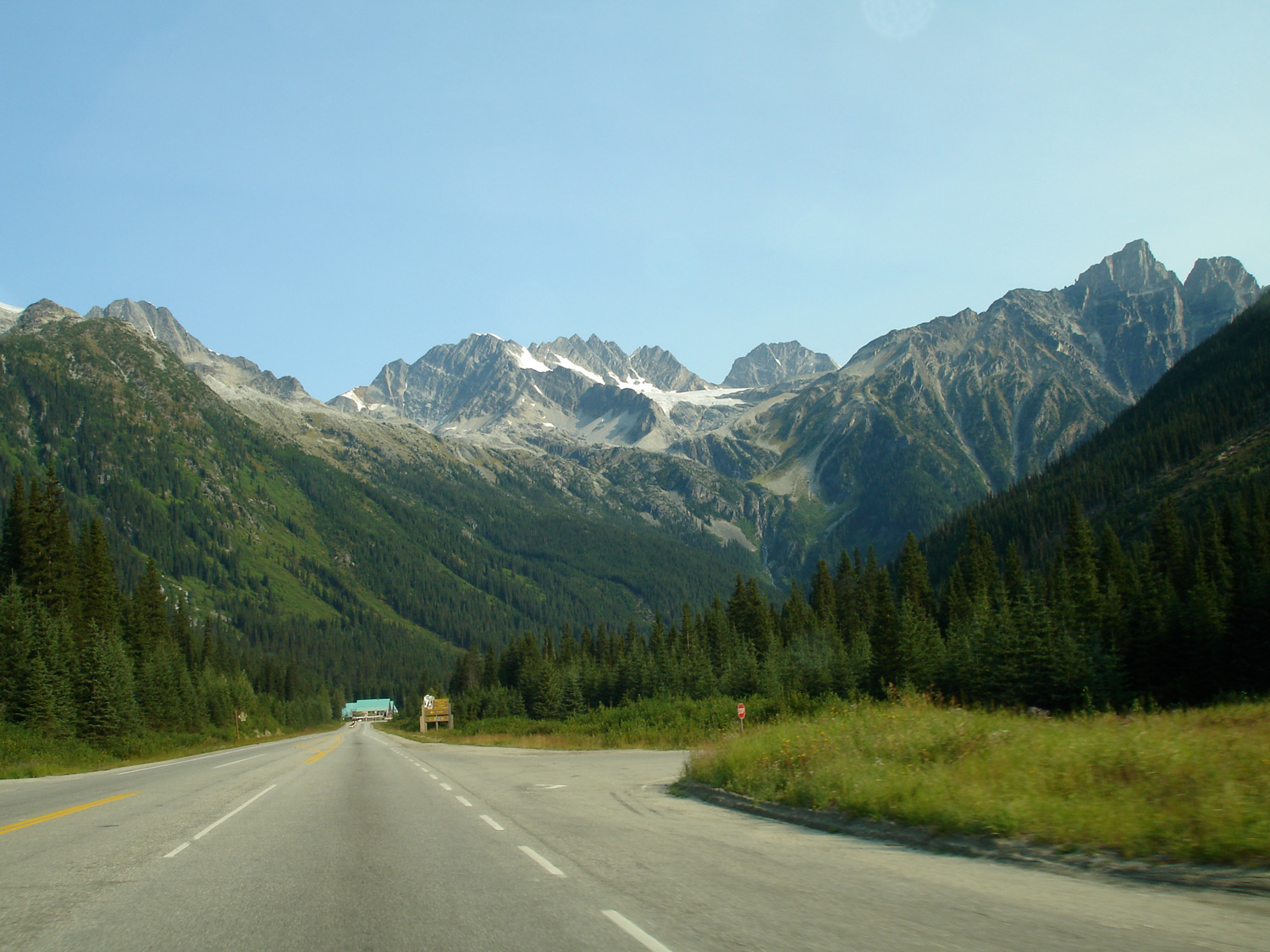 Forget this route in the winter—it’s buried in snow—but it’s one of Canada’s most fantastic drives in the warmer months. Built from 1956–62, this section of the Trans-Canada Highway sits in the heart of Glacier National Park and cuts through the Selkirk Mountains, reaching as high as 4360 feet. It’s part of Highway 1. Start down in Donald and you’ll end up in Revelstoke on the other side, which is on the banks of the Columbia River. Along the way you’ll drive alongside the Canadian Pacific Railway, and once in Revelstoke you can visit the enclave’s charming railway museum and historic downtown.

While you’re in this region, don’t miss this incredible two-lane, which runs from Vancouver northeast through Squamish, Whistler, and Pemberton. Also known as BC-99, the Sea to Sky starts on the coast and heads for the mountains, past the incredible views and wildlife of the Garibaldi Provincial Park. It covers 241 miles and sights along the way include West Coast Railway Heritage Park in Squamish, which houses a huge collection of historic train cars, and the Peak 2 Peak gondola in Whistler, which is the highest in Canada and connects two mountains. Black bear sightings are common. 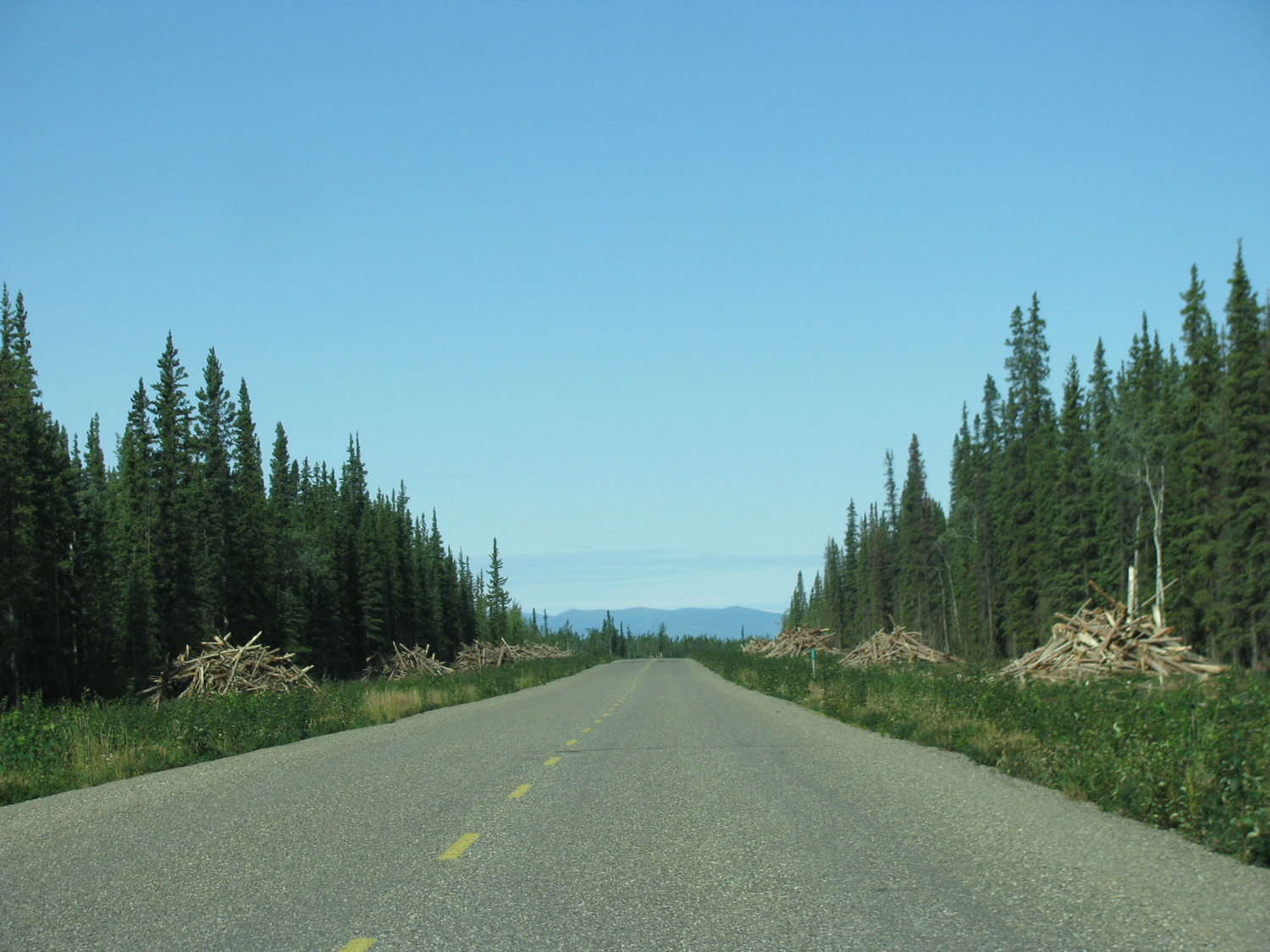 Stretching for more than 400 miles, The Klondike Highway snakes through the incredible beauty of Alaska, British Columbia, and the Yukon. It’s also divided into two sections, the South Klondike Highway and the North Klondike Highway, and the majority was gravel as recently as the 1980s. It’s all paved now, but it runs through some desolate country, so you may still get a stone chip or two. Along the way you’ll see some of Canada’s most incredible scenery as the road crosses the Yukon River and passes through the small Gold Rush towns of Carcross, which has become a mecca for mountain biking, Whitehorse, and Dawson City, population 1375.

Hagerty Insider Arizona is not ground zero for pre-war cars, but the gems are out there
Rick Carey