Five car subcultures you don’t know about – and kids do

Automotive trends come and go like dragstrip slicks. And in doing so, these subcultures inspire — or disgust — anyone encountering them. They also keep the hobby fresh and interesting. Appearance mods unify the following niches and that is precisely why they’re so polarizing. But regardless of your opinion, they’re all thriving and were all pioneered by young enthusiasts. Furthermore, we’re willing to bet that most people haven’t heard of the following subcultures. Have a look, maybe you’ll discover something you love…

Bosozoku: Giant, cartoony aerodynamic kits, DayGlo-bright paint jobs and insane exhaust pipes – some resembling Pikachu’s tail (look it up) — extending skyward are just some of the characteristics marking Bosozoku cars. This Japanese niche has earned quite the reputation, and was started by young motorcyclists with distaste for authority and mainstream society (think The Wild One or Easy Rider, but with a Japanese angle). The flamboyant customization carried over to four wheels: Exaggerated body kits and enormous wings are motorsports-inspired while the comedic appearance and sky-high exhaust pipes stem from manga (comic books) and anime productions. And if you ever see these “characters” in person, watch your step or you might trip over a lip. (Click here to see more)

Stance: Another fad stemming from Japan’s automotive scene, this extreme form-before-function lifestyle quickly flooded the U.S. in staggering numbers. Such a degree (pun intended) of negative camber is ridiculously dangerous: The wheels are angled such that their top-outer edge is stuffed inside the wheel well while the bottom protrudes far beyond the car’s bodyline. The contact patch offers just a minimum of traction where a sliver of rubber hits the pavement. This modification destroys a car’s handling and suspension, while forcing you to spend more on tires. And it’s all for aesthetics’ sake, like girls who wear painful high heels. If you happen to share the road with a stanced car, keep your distance: In less-than-ideal road conditions, their stopping power is comparable to a hippopotamus barreling down a mudslide. At least they look good, though, right? (Click here to see more)

Hi-risers: A car culture with a sense of humor. Straight out of America’s South Coast hip-hop scene, these skyscrapers give the term “high roller” an entirely different meaning. They’re most commonly based upon inexpensive American sedans such as boxy Chevrolet Impalas or Monte Carlos from the 1970s, ‘80s and ‘90s. These disproportionate wonders feature comically massive rims, used as automotive jewelry, that start at around 26-inches tall, and — as wallets get thicker — can exceed 50-inches, but is bigger really always better? Lifting a vehicle’s suspension to accommodate such extremes also presents challenges, such as a high center of gravity and significantly worse braking. The stability is comparable to an exceedingly tall, heavyset clown prepping to run a marathon, big shoes and all: Let’s hope there are no sharp turns. But for some, ridonkulous bragging rights make it all worthwhile. (Click here to see more)

Fast and Furious Fanboys: Parroting The Fast and the Furious movie series, this group of absurdly immature car enthusiasts spice up their econo-boxes via race-inspired cosmetic enhancements. Their hallmarks are exhausts notes reminiscent of a 30-dollar weed-whacker, useless multi-tiered spoilers and enough neon lights to make Vegas envious. The vehicles typically range from inexpensive base-model imports like Honda Civics and Toyota Corollas, but recently include cheaper American cars like Chevrolet Cavaliers and Cobalts, Dodge Neons and even entry-level Ford Mustangs. Fanboys delight in showing off their racing skills via flybys, obnoxiously cutting you off when there’s no reason. If he’s a real “winner”, he’ll flash his hazard lights to ensure that you know he’s “won”. It’s a fantasy world where stickers add horsepower and “performance” intakes are located in the hottest of areas: Fake it ‘til you make it!

Rat Rods: In the land of rust and crust, low and mean backyard-built rods utilize any cheap parts that can be culled from junkyards — anything goes. While some builds are janky and unsafe (as with any niche), it all depends on the builder’s dedication, creativity and skills. It’s not uncommon to see beer bottles as coolant overflow tanks, road signs for floor pans or mailboxes as air intakes. The cars are dangerously low, obnoxiously loud, seriously chopped and lovingly un-painted. More than anything else, rat rods attempt to celebrate builders’ bad-ass-ness over their skills. They frequently feature massive rear tires, carburetors galore, and tall shifters with knobs ranging from keg levers to grenades. Overall they may lack performance, frills and creature comforts but compensate via personality, originality and spirit. If you don’t like getting your hands dirty, you probably don’t have a rat rod. 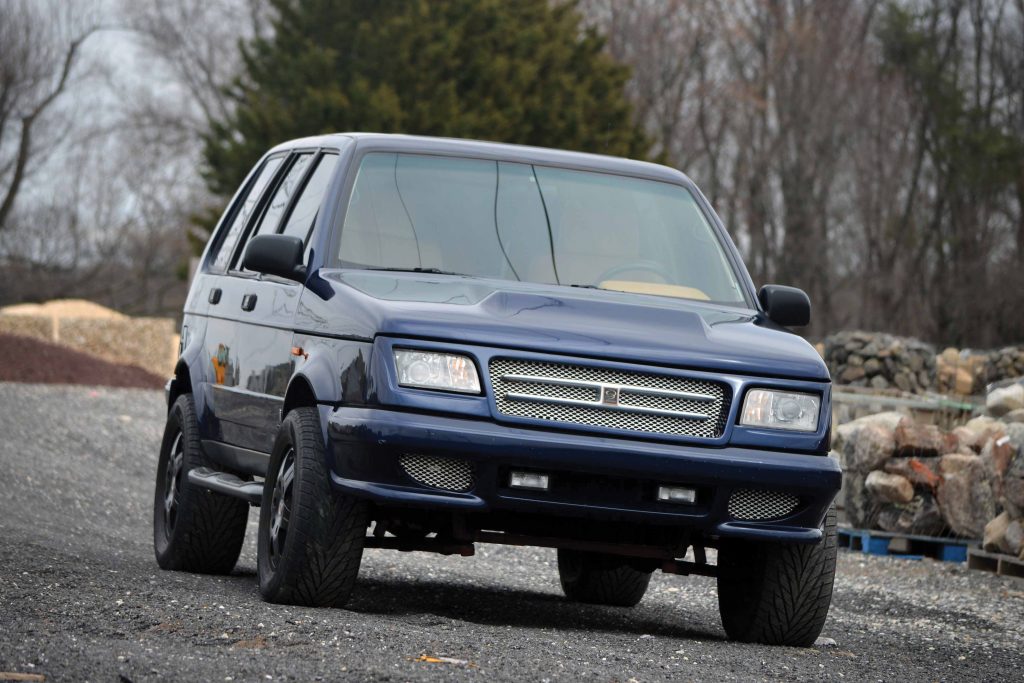 Hagerty Insider The most valuable Camaros from every generation
Greg Ingold