Trailering 101: A guide for safe towing

Dive deep enough into the wormhole of broken project cars and pampered race cars, and you’ll eventually find yourself backing up to a car trailer for the first time. Here in the United States of Freedom, the options for trailering are restricted only by your skills; for the most part, drivers will never need a CDL (commercial driver’s license) to haul around a car. Of course, this open-season approach to trailering means it can be difficult to source information concerning where to start, the equipment needed, and the skills necessary in order to safely tow a trailer. We’ve all spotted people who shouldn’t be anywhere near a car hauler, often pulling those infamous orange and white rental trailers, and simply put, we don’t want any one of our dear readers to end up being lumped in with these meme-able novices. At the very least, knowing what you’re dealing with on the trailering front could prevent a serious accident.

Let’s start with one of the trickiest components: the hitch. This is the most important area of operation, where attention to detail is crucial. A little slip-up could mean the trailer unhitches while moving over the crown of a driveway, or you end up being that guy going viral for ghost-riding a trailer as it escapes down the freeway. You can imagine worse consequences, and I can speak for a good friend of mine when I say that being hit by a runaway trailer while eating tacos is plenty unpleasant. The hitch system you end up with will ultimately be determined by the trailer and tow vehicle’s capabilities, so we’ll dive into some of the most popular configurations and show you how to equip yourself for whatever come across your hauling radar.

The vehicle carries the receiver and the hitch mount (be it a ball, pintle, etc), while the trailer holds the coupler, safety chains, and electrical connections. We’ll start at the front and work our way back.

Largely dependent upon the vehicle’s GVWR (gross vehicle weight rating) and towing capacities, the universal five-class hitch rating system matches the hitch type to the trailer’s size and weight. You’ll often see unibody vehicles with a smaller, 1-1/4-inch receiver hitch—Class 1 or Class 2—because it (ideally) limits the weight of the load by using a hitch system that only fits smaller trailers. Classes 3, 4, and 5 utilize the familiar 2-inch receiver hitch found under most pickups.

Most vehicles use a receiver-type hitch, as opposed to a fifth-wheel or bumper-mounted hitch, though most everything we’re discussing will translate. A receiver hitch bolts to the chassis of the vehicle and uses a standardized size square slots that receive the necessary hitch mount. The standardized sizes for these receivers and mounts are dictated by the hitch’s weight rating.

While they’re much less common today, older truck bumpers with hitch ball mounts were generally rated for Class 3. Still, if you use one, make sure of the rating and your load to avoid brewing a recipe for disaster. Keep in mind, too, that even a factory receiver hitches can be classed lower than what the vehicle is ultimately capable of handling, and it’s common to upgrade a factory Class 3 receiver to a Class 5. The 5s are typically built with thicker steel and utilize more attachment points on the frame to better distribute the load.

Pickups generally employ fifth-wheel hitches, or similar goose-neck hitches, for extra heavy and long trailers. These place the tongue weight of the trailer over the rear axle instead of behind it, increasing the towing capacity.

With the placement typical of a “bumper pull” hitch, any movement of the trailer has leverage over the rear tires due to the distance between the hitch, while also affecting the weight on the front tires as the rears act as a fulcrum; as weight is applied behind the rear axle line, it eventually teeter-totters the weight ahead of it. We’ll get more into this later, but for now, just remember that tongue weight is critical to ensure that the front tires aren’t unloading and reducing their stopping capability and that the tow vehicle can manage the trailer’s weight shifts. A fifth-wheel hitch largely alleviates issues in this context, with the tongue weight in that setup sitting over the axle and removing the incidental fulcrum. All that said, weight distribution hitches can be particularly useful for SUVs, for which the fifth-wheel/goose-neck hitch option isn’t available but the towing capacity is still high enough to haul a load that would create a significant amount of weight on the tongue.

Once the trailer is hitched up, loading it is the next adventure. There’s a near-infinite number of trailer and load combos out there, so let’s focus on more universal advice on securing loads. At the end of the day, everyone’s situation will be a little different given the variables of each particular job.

One of the biggest mistakes new trailer users make concerns balancing the weight of the trailer such that it doesn’t oscillate or “sway” laterally. Generally, you want the weight to be balanced forward of the trailer axle(s) or centered on them, to ensure that the tongue weight is correct for the given load. Concentrating the weight behind the axle(s) is how you get a tail-wags-the-dog situation.

Tongue weight should be roughly 10-15 percent of the trailer’s total weight. Like we mentioned before, in some bumper-pull applications tongue weight can upset the balance of the truck itself, and weight distribution hitches are available to alleviate this issue. How does the distribution work? A pair of torsion bars are sprung between the truck and trailer, resisting downward motion and preventing any twist at the hitch, effectively acting as a sort of anti-sway bar to keep the trailer level.

Straps are also critical—worth spending money on from the get-go. A broken strap or a chintzy ratchet mechanism can make a routine road trip with a trailer turn into a nightmare. If you’re hauling a car, it’s worth spending tens of extra dollars to get the proper straps than to cheap out on some hardware or discount-store finds. How best to strap a vehicle down for transport is an age-old debate, but generally, experts agree that it’s better to strap the vehicle at four points to the trailer corners, without crossing the straps in an X-pattern left-to-right. The theory is that if one strap breaks, there isn’t a large radius for it to sweep along if the vehicle wants to roll back and forth as the tow rig accelerates or decelerates, pulling it straight-on instead.

For smaller loads, use what’s appropriate for the weight. Tension, or cam-lock, straps can be useful for light items, but ratchet straps are the norm for anything heavier than an average-weight person. The working load of the strap should be more than the weight of whatever it is that you’re hauling, as it may be the only component directly supporting the weight if loads move around.

I can already hear the scrolling and clicking away because safety is boring to talk about, but trailer preparation could be the difference between a minor blip and a DEFCON 1 traffic incident.

About once a year, put the trailer up on jack stands and inspect everything. It doesn’t hurt to nut-and-bolt-check every bit of hardware; this is a great time to inspect brakes and hub bearings or fix wiring underneath. (And let me tell you, cops love to harp on details like malfunctioning trailer lights as cause for tickets, so getting everything ironed out ahead of time means you’ll be ready for these surprise inspections even when a haul comes up on short notice.) In the spare parts department, extra wheel bearings and hubs can be life-savers, because finding the correct parts locally can be tough even in small-town America. It’s not unheard of for some folks to even carry spare trailer brake light kits, so the trailer’s electrical system can be repaired on the fly.

As for the hitch itself, there are several different locking mechanisms out there, all of which have a different operation while securing the trailer. Safety chains, however, are universal. Once crossed, they act as a catcher’s mitt for a loose hitch, allowing the tow vehicle to control and stop the trailer with relative ease. Their effectiveness is related to how much slack there is in the chains; there should be enough for the trailer to articulate through its range of motion without pulling the chains taut, but if they’re too loose, the trailer has more room to free roam until you come to a stop, like a long playground swing. The secret sauce is to twist the chain, which shortens its effective length. And once you put a few miles on the road, it’s worth stopping to double-check everything once your load and trailer have had a chance to settle—especially those straps securing a load.

These tips are just the foundation of good trailering habits. There’s a wholenotha-can-o-worms of guidance for actually driving and maneuvering with a trailer in tow, but this 101 overview hopefully helps cover some common rookie mistakes. Americans enjoy nearly total freedom in their choice of trailer (with rare exceptions for states like California, which does regulate routes for large recreational vehicles), and that freedom comes at the price of self-enforced safety precautions. If you’ve been paying attention to the pushback that people who roll coal have been getting from the government, you’ve seen how certain behaviors can become subject to heavy restrictions once enough people ruin it for everyone.

So now that you’ve got the basics in mind, go forth with that haphazard Craigslist buy and trailer to your heart’s content. Stay safe, know your vehicle’s limits as well as your own (towing is more exhausting than an average cruise), and let us know if there’s any particular aspect you’d like us to dig into deeper for a future overview. 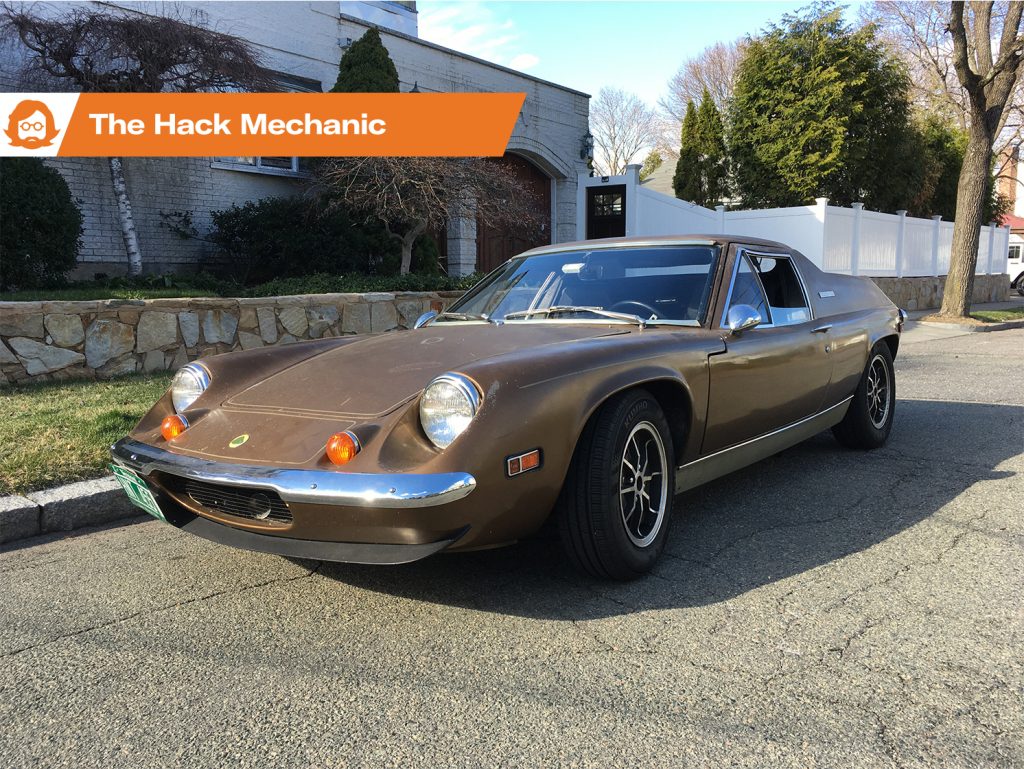