In last month’s Hagerty Plus Member E-Newsletter, we posted a question in our “Ask Hagerty” section concerning the best way to keep mice away from stored collector cars. Afterward, countless members e-mailed to share their tips and tricks for keeping these pesky rodents at bay. Here’s what they suggested:

The majority of members who wrote swear by dryer sheets. They’re easy to find, easy to clean up and, hey, they smell better than moth balls. The trick seems to lie in finding a brand with a strong scent, placing them at various locations throughout your car and replacing them every two to three months.

“Scented dryer sheets do the trick for me. I just stuff ’em into crevices here and there, under the hood, in the console. I even put one in the tailpipe, which blows out when I start the car. They are easy to clean up in the spring and don’t leave that “just out of mothballs” smell that seems to last months into the driving season,” said one member.

No one thinks they smell good, but a lot of members think they work. Some people suggested placing them inside the car, while others use mothballs to surround the car or line the perimeter of the garage to create barriers mice won’t cross. Sure they stink, but if they work, it’s worth it, according to one mothball devotee.

“I don’t want to lose a good, original headliner, so I suffer with the mothballs. I air the car out in the spring and vacuum it and usually the smell calms down.”

“I tried it last year with one of my cars and it seemed to work, not to mention the interior smelled awesome in the spring! I’m trying it this year on all of my stored cars. Hopefully I didn’t just get lucky,” said one member.

Others suggested mint leaves in plastic bags with holes, or even sprinkling the leaves on the floor and vacuuming them up in the spring. One member even uses cayenne pepper…very carefully.

That’s right. Ferret droppings. According to one member, they work.

“Place a few droppings on a piece of cardboard and place it under the car. Ferrets are natural predators to mice and once the mice smell the droppings they will leave the premises in fear for their lives.”

Along these same lines, another member suggested a product called Shake Away, which uses coyote, fox or bobcat urine to drive mice away.

“I have found that air fresheners work well to keep mice out of vehicles. The ‘cake’ type seem to work best because they last longer. The paper ‘pine-tree’ fresheners also work; you just have to change them more often,” said one member.

Another suggested Fresh Cab, a product that works in a similar fashion by emitting “a sweet, woodsy-alpine scent that mice will avoid for about 3 months,” according to the company’s website. “I use in interiors, trunks, and even under the hood,” said the member.

They’re simple and, according to a lot of members, they work best. “I put mouse traps baited with fresh peanut butter at the four corners of the car. You can also put them at any place you think they can get in your garage,” said one.

Another suggested a trap called the Rat Zapper. “It’s a quick, efficient way to rid any storage unit of mice, rats and other animals. The unit is a stun gun of sorts and is the most effect way to zap them before they get in the car. The Rat Zapper is a long box with electrical current to the baited area. Wooohaaa! No more mice and the unit can be reused.”

But you don’t have to rely on store-bought traps; you can make your own. One member offered this suggestion:

“I have a solution that has worked for me for years. I duct tape three 2-liter soda bottles together and leave about 2″ of Mountain Dew in the bottom of each one. Mice are very attracted to the sweet sticky smell and will force their way into the bottles and drown. You tape 3 together so they do not tip them over. I place one near each wheel. In the spring I put the caps back on and throw them away. To this date, I have caught several mice each year and have had no damage to my cars. I also do this at our cottage and my friends at the lake do it in their campers and motor homes. It seems to work every time.”

Several members swear by car covers to keep mice out, especially the zip-up, bag style, or “bubble” covers that fully enclose the car.

“I keep my car in a bubble…no mice,dirt, moisture and I can’t even drop a broom on the car when I sweep the shop,” said one.

For other types of covers, one member suggested that the bottom be raised at least five inches off the ground. Another warned “Unless you have a tight car, a car cover may attract them. They like dark places.”

The jury is out on this repellant. We heard from a lot of members who use it, but just as many said something along these lines:

“Just as an aside, I tried putting Irish Spring soap in my car one year. I wasn’t sure if it had worked, but I found out later that summer! I set the bar of soap on a shelf in my yard shed. Two weeks later I discovered that the mice had been eating the soap! There’s your answer!”

Maybe Irish Spring is as much of a mouse treat as it is a repellant?

Several members swear by this type of device, which emits a sound inaudible to humans, but repulsive to rodents.

“In response to a return of mice to the bonnet of my 1983 911 Targa, I bought a sonic rodent repellant supposed to annoy mice out of the garage. So far, so good. Two nights after I set it up, a pack of coyotes came into the yard, suggesting there was suddenly a surplus of mice to eat. I know this is anecdotal, but I’m interested in all ideas,” said one.

Like traps and mothballs, poison is one of the “old standbys,” and many members rely on it to keep their cars safe. However, one member cautioned that it’s best to keep the poison outside of your car, since the aftereffects of a mouse meeting its demise inside your car can be almost as destructive as a live mouse.

“Do not use mouse poison. I had one get even with me by dying in the car and hiding, so I had to trace this unbelievable stench. I took the entire interior of my car out and still couldn’t find him until I discovered the odor coming from inside my door. I had no luck taking the door apart until I poked what I thought was burlap insulation under the door mounted rear view mirror, and found that the little rascal had crawled up into this barely accessible compartment and croaked. I had to remove his decaying corpse with tweezers, and words can’t describe the level of putridity.”

No, we’re not kidding. Here’s what one creative member had to say:

“Mice anywhere can be a problem; basements, garages, even homes can be invaded by these pesky little creatures. I’ve tried all variety of remedies but the most effective has been…signs.

Yes, that’s right. I use the small size yellow sticky note pads and make little signs that are easily attached to the lower edge of garage doors, basement windows and anywhere that looks like a potential entry point for mice.

Experimentation has proven that the most effective sign is a simple, ‘No Mice Allowed.’ I’ve tried the international negate sign with a silhouette of a mouse with a red line across it but these were marginally effective. I’ve also tried other wording such as ‘Mice Keep Out’ or ‘Mice Will be Eaten.’ I’ve also given trials to a sign depicting a large cat eating a mouse but the furry little guys seemed totally unimpressed with that one.

The yellow sticky pads are available everywhere and the cost is nominal compared to expensive bait and traps. You can make a couple of hundred signs with just one pad and place them near your stored classic car, near the wheels especially because that’s typically where they climb into a car from.

You can put them inside the car, too, just in case they missed seeing the ones you have installed outside.

There are many advantages to sticky note signs. They’re odor free, they can be removed easily and leave no residue. They can even be reused if money is a concern.

When winter is over and you are ready to cruise, just toss the signs in the trash, they’re biodegradable and recyclable.

If all else fails, do what I do…don’t store your car…drive it! Mice usually don’t invade moving vehicles.”

Okay, okay. We were kidding. We know sticky notes don’t really work, so what does?

Here’s what one member had to say:

“I worked at a utility company which had huge problem with nice in cable and pipe ducts. We installed a dozen ultrasonic units at several locations. At others we installed plastic strips with imbedded chemicals which were supposed to repel all small rodents. All were monitored for a year.

The ultrasound units did keep mice away for about 4 to 6 weeks. After that the mice left their “calling cards” on all the units and in two locations built nests and raised young right next to them. In the same period they repeatedly chewed and moved the chemical strips away from their nests and away from their paths into the ducts.

A biologist at local college was consulted for ideas. After chuckling, he said mice are exceptionally adaptable to changes in their environment, it’s part of their survival mechanisms. Therefore sensory repellants will never work for long, including smells (moth balls), irritants (hot pepper sprays), continuous or intermittent noise (ultrasonics), etc.His recommendations, in order from best to worst: hungry cats, traps, poisons.”

It looks like the war against mice wages on. 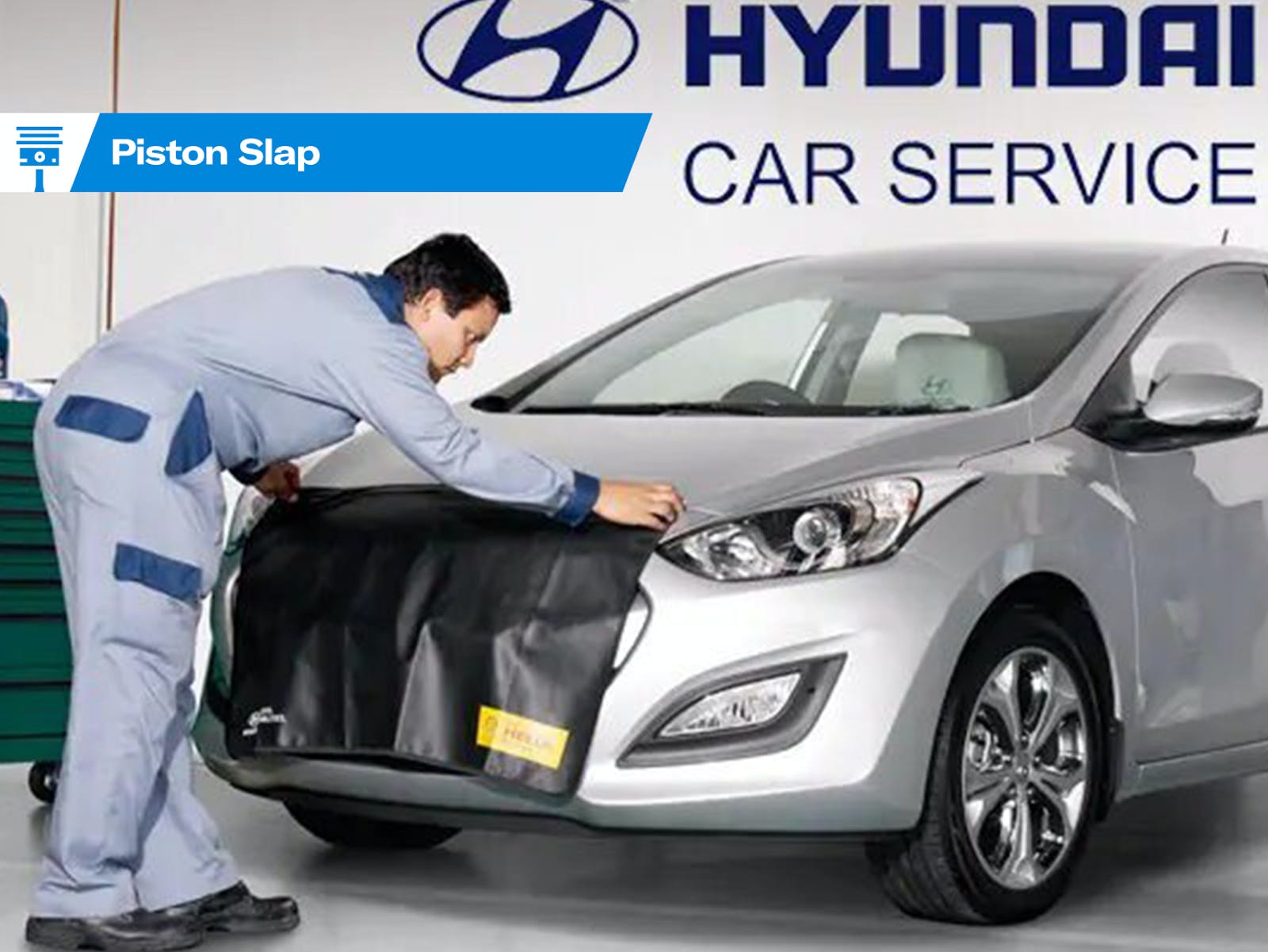 Get an insurance quote
A Story About
Leave comment
Read next Up next: 1929 LaSalle Model 328