From the 421 Super Duty to the 389 Tri-Power, Pontiac Motor Division developed some of the most infamous high-performance engine programs among the Big Three during the muscle car era.

The 421 Super Duty powered the “Swiss cheese” chassis equipped NHRA Catalinas of the early 1960s, and NASCAR campaigned Catalinas of the same era. The big-valve NASCAR heads from this program were the foundation of 389 High Output (HO) that netted 340 horsepower in the 1964 GTO. And as the muscle car era evolved into the late ’60s, a new Pontiac Motor Division high-performance engine program came to light: Ram Air.

Listening to Pontiac gurus discuss the lineage of the Pontiac Ram Air program might confuse you more than a second grader in calculus class, so we’ll do our best to simplify. The roots of the Pontiac Ram Air actually date to the 1965 GTO and the 389 cid V-8, but the official nomenclature did not come into effect until 1968.

In late 1965, Pontiac offered an over-the-counter parts package that GTO customers could purchase to upgrade their car’s performance. The package—which could be installed by the dealer or owner—included a steel pan with foam gasket, and new a hood scoop insert that had been cut open. The steel pan sandwiched between the carburetor/carburetors and the air filter/air lid assembly; the foam seal was glued to the pan and hood, allowing cold, dense air from outside the engine compartment to be fed into the engine. This package could be purchased for both four-barrel and tri-power optioned cars, and the Ram Air name become another Pontiac trademark.

In 1967, Pontiac and Oldsmobile were both forced to drop their 3×2 induction systems when GM banned all but the Corvette from having multiple-carburetor intakes. Detroit automakers were caught up in a horsepower war, and Pontiac engineers needed to work fast to keep up with Chevrolet, Ford, and Mopar. Pontiac increased the bore .030 inches on the 389, boosting the displacement to 400 cid. Then engineers improved cylinder head airflow by reducing the piston-to-valve angle from 20 to 14 degrees and increasing the valve size to 2.11/1.77 (intake/exhaust) over the previous 1.92/1.66 used in 1966 heads.

Pontiac updated the intake manifold design in 1967, using the 1960s Super Duty four-barrel manifold as the template to bolt the new Rochester Quadrajet four barrel. The new design incorporated smoothly contoured runners to produce maximum torque at low speed. The biggest gains in horsepower, however, were made with the newly designed streamlined exhaust manifolds for the GTO. Firebirds with similar 400 H.O. engines were outfitted with the “long branch” manifolds used on the big-body cars dating back to the 421 H.O. Pontiac’s optional 400 cid V-8s that were equipped with these special exhaust manifolds produced 360 horsepower in the GTO and 350 in the Firebird. These engines were identified by Pontiac as H.O. engines, not Ram Air. While you could get a cold-air induction set up (Ram Air) on a 1967 GTO or Firebird, these optional engine packages were designated H.O. cars.

The term “Ram Air” first showed up in Pontiac sales brochures in 1968 as the highest-optioned engine for GTOs and were essentially the same as the 400 H.O. engine from 1967. Pontiac purists consider these to be the first Ram Air equipped cars—not Ram Air I, but simply Ram Air, with no numbers. In May 1968, Pontiac introduced a newly-designed cylinder head with “round port” exhaust designed to give customers a more high-winding V-8. These heads effectively increased exhaust flow by 10 percent over the standard “D-port” Pontiac cylinder heads, and the new design was also intended to help make it easier for Pontiac racers to fit headers.

To utilize the exhaust flow, a new hydraulic lifter camshaft was engineered. The new “041” was so radical that it required a special heavy-duty valvetrain and produced .470 inches of valve lift. Pontiac officially dubbed it Ram Air II. This is where the confusion comes in. The round port exhaust, subsequent round port Ram Air exhaust manifolds, and the “041” camshaft became the trademark pieces of the Ram Air IV motor that was produced for the 1969 and ’70 model years.

In 1969, Pontiac introduced two updated versions of the Ram Air engines. The first was the Ram Air III, which was a 400 cid V-8 with big-valve D-port heads, cast iron intake, and high-flow exhaust manifolds. The Ram Air IV was a 400 cid V-8 that featured the round port heads with redesigned intake ports. Pontiac engineers had lifted the roof of the intake ports 1/8 inch to increase overall flow and push the engine to a high-winding 6000-rpm limit. A special aluminum four-barrel intake, with larger runners to match the increased intake ports on the heads, was implemented as well. This manifold also featured a separate exhaust heat crossover, which was designed to keep the intake charge cool. Engineers used higher-lift 1.65:1 rocker arms (stock was 1.55:1) to produce a gross lift of .520 inches using the 041 camshaft. Both of these engines carried over into 1970 model year with minimal changes.

Pontiac’s final Ram Air engine was the Ram Air V. It was never used in production, but development of the engine produced enough heads, short-block assemblies, and related rotating assemblies that the parts were offered over the parts counter at Pontiac dealerships and installed in some cars by dealers and customers.

Pontiac was looking to build three versions to make it legal for use in several competitive racing circles. First was a 303 cid short-deck engine to be installed in the 1969 Trans Am for SCCA Trans Am competition. Pontiac also engineered a 366 cid engine to be used in NASCAR, a 400 cid version for use in production GTOs and Firebirds, and a 428 cid version intended for NHRA drag racing. Pontiac engineered a number of intakes with both single and dual four-barrel carburetor arrangements to make them better suited for their intended use, be it the strip or the high-banked oval.

The Ram Air V blocks were extreme heavy duty (HD) units with four-bolt mains and lifter-bore reinforcements, forged rods and crankshafts, HD transistorized ignitions, and Holley four-barrel carburetors. While the other automakers were further developing their big-inch V-8 engines—such as the Chevrolet 454 and Buick and Oldsmobile 455—Pontiac was letting it all ride on the high-revving, deep-breathing Ram Air V program as its top performer in the horsepower wars.

In the end, only the 303 and 400 Ram Air V were slated for production use and were produced in the most volume before the program was ultimately cancelled. In 1970, SCCA Trans Am rules were changed to allow bigger engines, and the 303 project was dead. It is believed about two dozen 303 assemblies were produced before the rule change.

The Ram Air V 400 became the victim of bad timing as well. The 1970 Ram Air V received preliminary approval for an RPO, but production of the specialized rods were sent to an outside vendor, who went bankrupt before they could fully machine and meet projected production numbers. Of course, insurance rates for muscle cars were on the rise at the time, and impending emission regulations and sagging sales in the performance-car market also doomed the fate of this engine. It is uncertain exactly how many 400s were completed before the program was shut down; sources claim it was anywhere from 80–200. These remaining assemblies were then crated and sold to individuals through Pontiac dealerships.

Pontiac engineers were able to reorganize and focus on the 455 H.O. and the now-infamous 455 SD program utilizing the designs developed in Ram Air D-port and Round Port heads. Despite the decline of the muscle car, these motors helped Pontiac carry the performance market torch further than any other Big Three automaker. And Pontiac’s Trans Am was the lone performance-car survivor well into the 1970s and beyond. 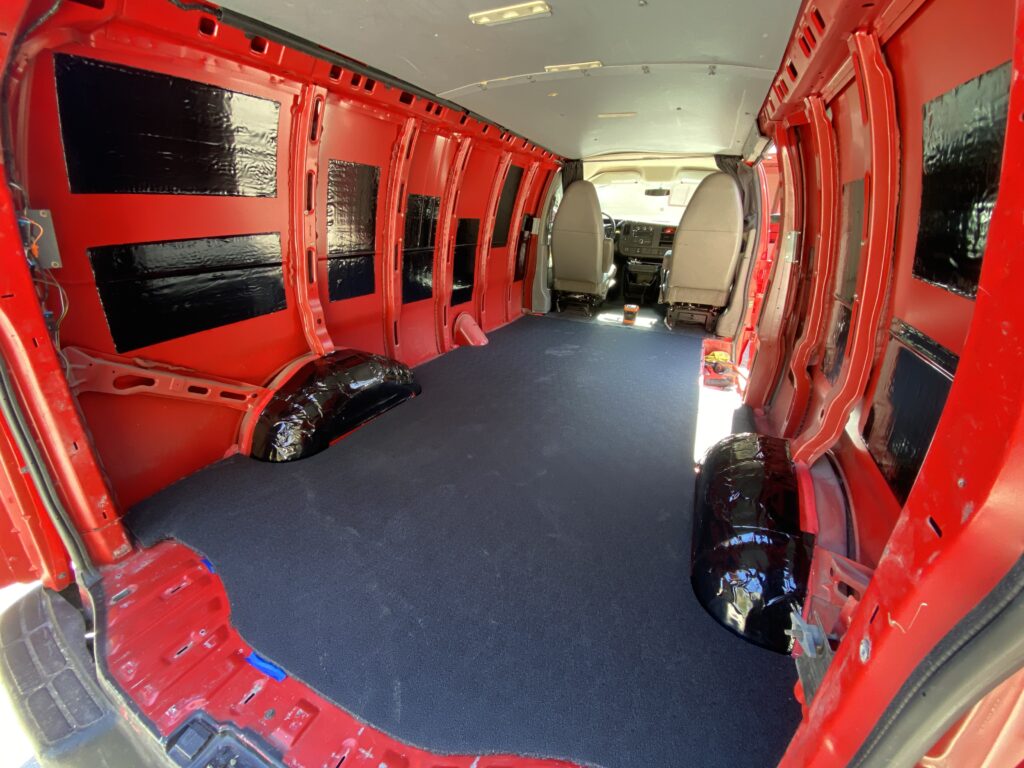 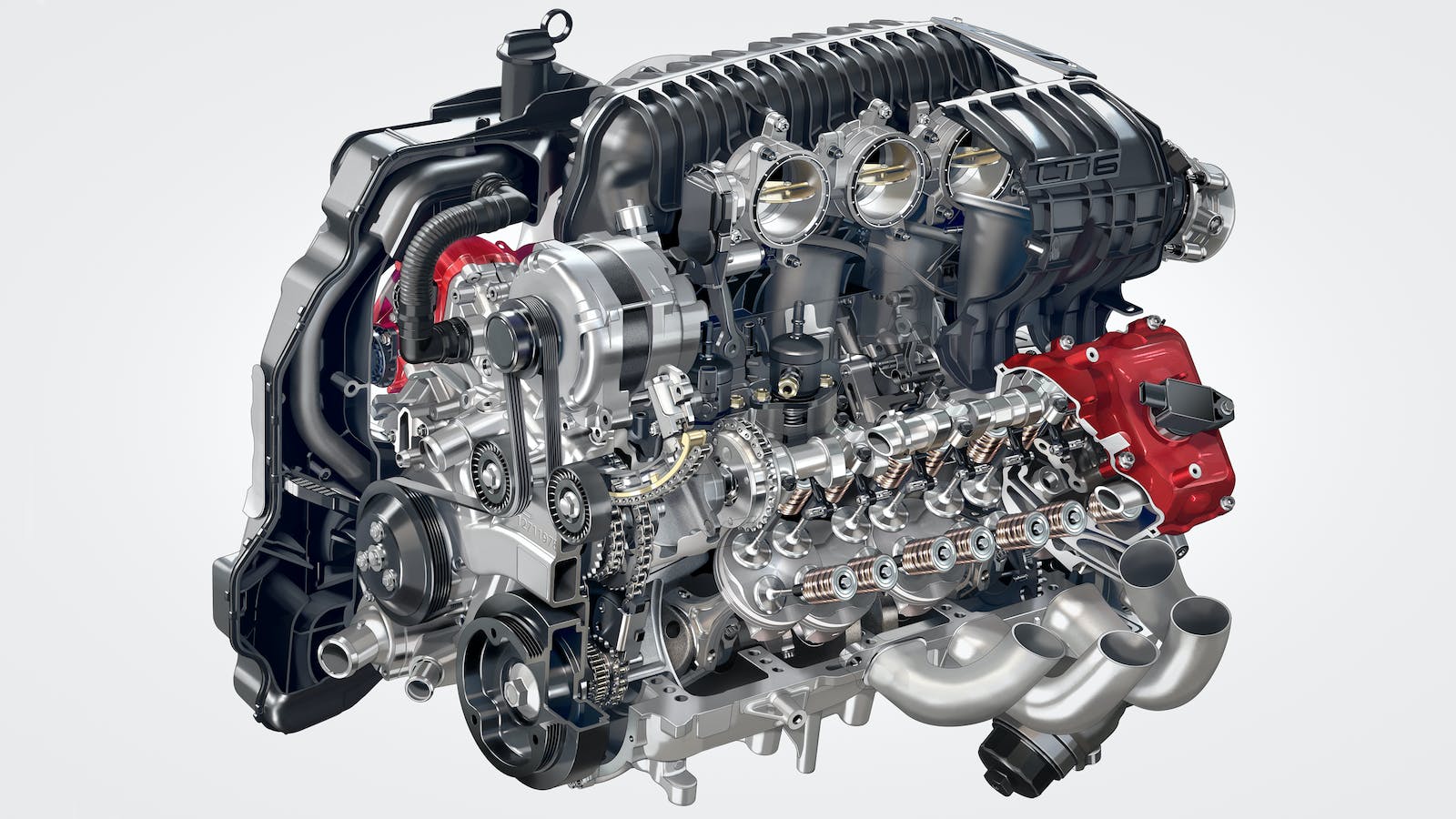 Maintenance and Tech Heavy Breathing: The Z06’s LT6 is a love letter to internal combustion
Larry Webster and Don Sherman

Get an insurance quote
A Story About
Leave comment
Read next Up next: Push-button start: An old-school solution reimagined for the modern age