Repair organization is important to complete the job—sometimes

As you can probably tell from the photos of my garage I’ve shown over the years, I am not by nature a very organized person. Oh, don’t get me wrong—I certainly can be. If the goal is to get organized, I can go as full-on left-brain as the next person and spend hours happily sorting parts or tools. But when I slip into the garage after dinner to get in my 90 minutes of project time before the pilot light on my consciousness begins to flicker, the goal is rarely “to get organized.” Instead, the goal is to do whatever repair I have cued up, and I will step over or walk around any clutter rather than take 10 seconds to move it or organize it. I’m not saying it’s right; I’m just saying it’s what I do.

When I embark on a repair or project, my degree of repair-specific organization depends on its scope. If I’m working on a familiar under-hood job like valve adjustment, I’ll think nothing of putting the nuts and bolts on the little ledge between the inner and outer fender, as they won’t be there long. (This is the advantage of owning non-concours cars, where I don’t mind getting a little grease on non-detailed under-hood paint that only I will ever see.) As a repair becomes more complex or the bolts become bigger—a water pump, for example—I’ll generally throw the fasteners into a small plastic tray but won’t group them or label them because there aren’t really that many of them and I know where they go. As a repair crosses the Rubicon of complexity to, say, pulling a head on a car that I know well, such as a vintage BMW, I’ll employ Ziploc bags for fasteners of each of the major systems and toss the bags in a box, but I may not individually label the bags, as I’ve done the job enough times to recognize what’s what.

Obviously, my six-year-long resurrection of my 1974 Lotus Europa Twin-Cam required a bit more organization. Since it was an unfamiliar car, and since the scope of the project was larger than anything else I’d recently attempted, I was assiduously careful to photograph the drivetrain as I removed it, and the engine as I pulled it apart. More than once, even the most mundane photographs answered important reassembly questions, such as proper washer placement. I also wrote on each baggie with a Sharpie and labeled all the wires with little string-and-paper tags. When the time came for reassembly, I found that I’d done a good job—most things were fairly well-labeled and self-explanatory, although I had to laugh at myself when I found one baggie labeled “Something.”

Even though the Lotus is in no way a “nut and bolt restoration,” nuts and bolts often pose an issue. After all, just because you find a Ziploc bag labeled “exhaust manifold nuts” doesn’t mean you should automatically reuse what’s inside if it’s rusty rounded-off junk. On a resurrection project, I’ll usually throw away 45-year-old Nyloc fasteners, as the ability of the ancient nylon to keep the fastener tight is gone, but if they’re not Nylocs and if the corners aren’t rounded, I’ll usually just clean them, run a tap through the nuts and a die over the bolts, and reuse them.

Obviously, if you’re sand-blasting and powder-coating the pieces that the nuts and bolts hold, you’re likely to use new shiny hardware, but I mainly reassemble and reuse. Often the issue is simply that you want to get in your one-thing-a-night and need to weigh reusing what you have against waiting until the morning to hit the hardware store.

Eventually you learn what feels right.

If I do need to replace fasteners, there’s an Ace Hardware a few miles away with a very good selection. With the current project status on the Lotus, I’ve probably been there several times a week for the last three months. I’ll typically bring the fasteners with me, use the store’s nut-and-bolt-sizing placards to determine what the thread size is, buy what I need for the immediate repair plus a few spares, and then, if I’m aware the fastener is ubiquitous on the car, go to McMaster-Carr and order a box of 100. I try to put any fasteners I purchase in bulk like this into one cardboard box, so I can easily find them the next time I need them.

Part of the fastener problem on the Lotus project has been that I’m mainly a vintage BMW guy, and those cars are metric, whereas the Lotus is SAE. Thus, even though—like any do-it-yourselfer who’s been at it for 35 years—I have a “bolt bucket” (actually a wide tray) into which random fasteners get thrown, nearly everything in there is metric, so the odds of my finding a suitable SAE fastener just lying around are slim. Plus, as everyone knows about these sorts of bolt buckets, it’s remarkable how you’ll instantly be able to find the little attachment lever for a sunroof cable from a car you parted out 30 years ago, yet try to find a right-sized washer and it’s quicker to just drive to the hardware store.

Everyone has their own rhythm regarding tools—leave them out when you’re knee-deep in a repair or put them away every night? While I do have a good-sized two-level Craftsman roller tool chest that my wife bought me 35 years ago, because I do a fair amount of road-tripping, I’ve found it more convenient to put my commonly-used tools in three moderately-sized plastic toolboxes (one for ratchet handles, sockets, and extensions, one for wrenches, and one for screwdrivers, pliers, and miscellaneous). That way, each one of them is light enough to lift, and I can easily throw them all in the trunk of a car when I have a long road trip and want to bring a full set of tools. The big roller chest thus has become the repository of less-commonly-used tools, things like pullers, large adjustable wrenches, big slip-joint pliers, and pry bars.

When I’m working on a repair or a project in the garage, I’ll typically set these three tool boxes near the car, and let the tools spill out and accumulate on the garage floor in the work area. If I’m bouncing between different parts of the car, though, it’s easy for things to get misplaced. If I can’t find some crucial tool, I’ll usually take that opportunity to stop, scour under the car and in the engine compartment, collect everything, put it back in whichever of the three boxes it goes in, and then start the process over. (And yes, every meme you’ve ever read about how 10mm sockets get sucked out of the universe, never to be seen again, is true. In vintage BMWs, they’ll fall onto the top of the frame rail and roll into a crevice between it and the firewall from which they’re virtually impossible to retrieve. I’ve lost two in a single repair.)

However, as with fasteners, part of my problem is that most of my tools are metric. Six years into the Lotus project, I don’t really own a complete set of SAE tools (in my feeble defense, the car sat for much of those six years), so I don’t have individual fully-populated SAE socket rails like I do with metric sockets, or even a complete set of wrenches. Instead, the SAE tools I’ve accumulated over the years are simply thrown into a fourth toolbox, through which I need to fish to find anything. It’s far from optimal.

I look forward to reaching the point when the Lotus is running so I can take a break, buy a few socket rails, and spend several delightfully obsessive-compulsive hours in the garage, fitting sockets to rails, making notes of what I’m missing, and then going down to the local used tool shop to fill in the gaps. I suppose I could simply run down to Harbor Freight and buy a new set of wrenches and a few new sets of sockets, but being able to organize what I’ve got would be so much more satisfying.

As far as the clutter in the garage itself, sometimes necessity is the mother of organization. With the Lotus perhaps less than a month away from moving under its own power, everything behind it is going to need to be moved to clear a path to freedom. When I do so, perhaps I’ll find all my 10mm sockets.

Rob Siegel has been writing the column The Hack Mechanic™ for BMW CCA Roundel magazine for 30 years. His most recent book, Just Needs a Recharge: The Hack Mechanic™ Guide to Vintage Air Conditioning, is available on Amazon (as are his previous books). You can also order personally inscribed copies here. 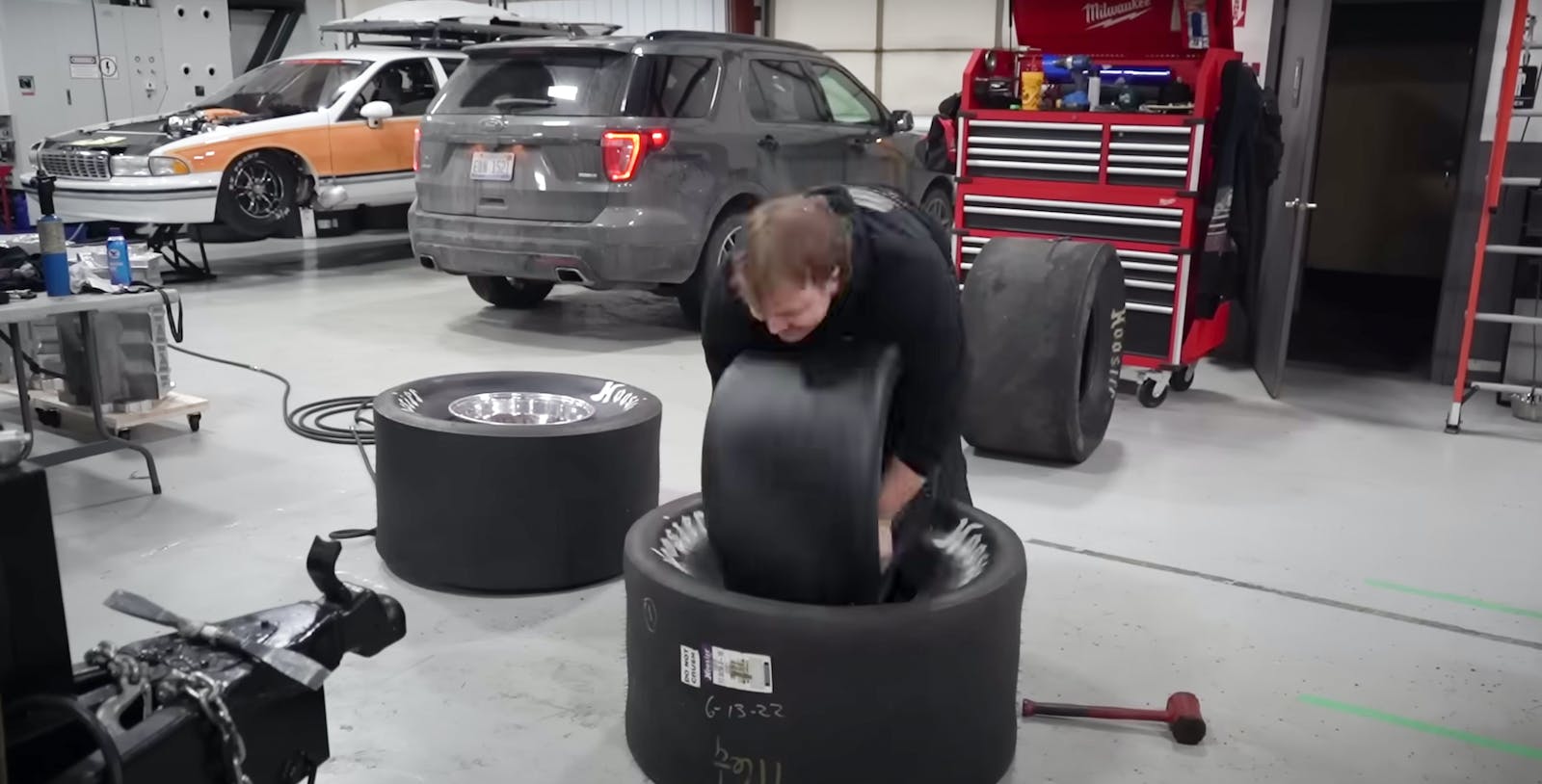 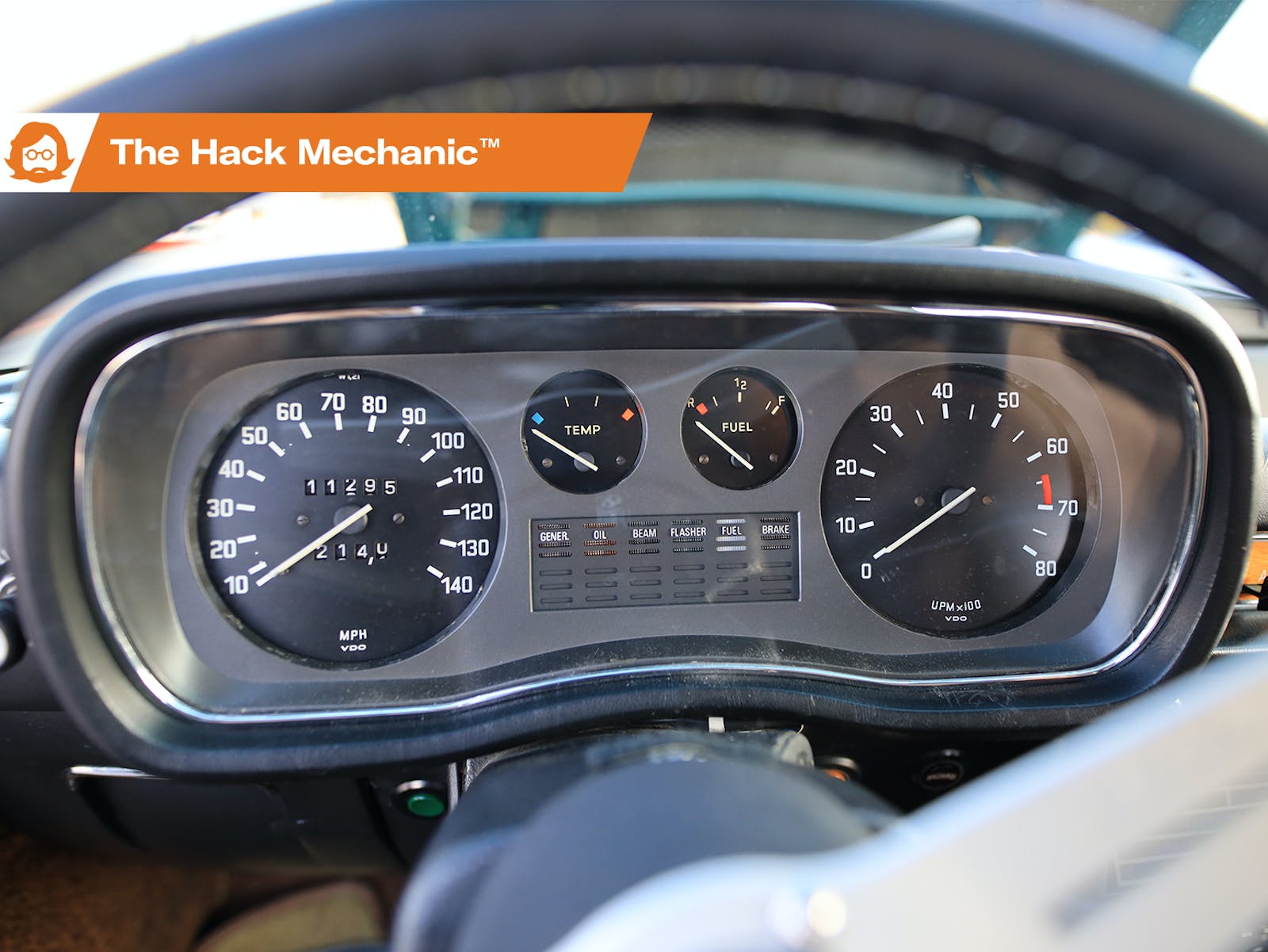 Get an insurance quote
A Story About
Leave comment
Read next Up next: 7 great Canadian events not to miss this season