I’ve spent so much of this series talking about what went wrong along the way to swapping my perfectly functional AMC 360 for a 5.3-liter LS V-8 that I thought I’d open this project wrap-up by highlighting the positives. Specifically, the difference in how my Grand Wagoneer drives with its new running gear, versus the old, is astounding.

I’ve gone from having to carefully plan out each and every highway merge to roasting the rear tires at will, or if I’m not careful with the throttle. Fuel economy has risen from 90 miles per tank to three times that range, and the sound coming out of the Magnaflow Series 50 muffler at the back, combined with the gentle lumping noise from the mild cam under the hood, is positively mellifluous compared to the tired exertions of the boat anchor I replaced.

The improvements go deeper than just the drivetrain, too. I’ve always subscribed to the philosophy that upgrading an older car means approaching it as a complete system;  supporting mods are a must to avoid a potential white-knuckle imbalance between acceleration, braking, and handling. In addition to the power, reliability, and efficiency of its new LS engine, I wanted to ensure that the rest of the Jeep could keep up with its heart transplant. New body mounts and shock absorbers eliminated almost every shake and rattle that had been lurking in its 33-year-old chassis, while a Hydroboost braking system has dramatically transformed the vehicle’s stopping power for the better.

Absolutely none of these modernizations have mitigated the impact that my Grand Wagoneer has on the people I meet out on the road. It’s a rolling smile generator, and people passing me by on the sidewalk aren’t wringing their hands over the some perceived lack of brand purity under the hood. Best of all, I can now actually drive the truck anywhere I want, for as long as I want, and not have to even think about the roadside assistance card in my wallet.

As with any major automotive undertaking, there are still a few bugs to work out. The front driveshaft has yet to be installed, as the shop that goofed on the original order is still working on a replacement yoke to connect it to my transfer case. I’ve also held out on ordering the components needed to adapt the LS air conditioner to the Jeep climate control system, as the current border closure makes it somewhat expensive to ship parts over the line into Canada. Still, four-wheel drive and AC are on my ‘nice to have’ list, and haven’t affected my enjoyment of the Jeep prior to bedding it down for winter hibernation.

The entire experience of building this Grand Wagoneer has completely changed my perspective on the perceived ease with which any older auto can be modernized by way of a “simple” LS swap. Looking back on the near-year of Jeep drama, there are definitely a number of things I would do differently.

First and foremost has to do with tuning. I will never again rely on a remote programmer for any ECU work. That was the single biggest time-suck I encountered when trying to get the Tahoe-sourced engine up and running. I’ve previously documented the comedy of errors that was Easy EFI not saving the original tune on the computer and transmission controller I sent them, but it turns out that my problems went even deeper than that.

Once the engine tune was sorted out, refunds were posted, and numerous customs clearance bills were paid, the truck’s 4L60E automatic transmission refused to shift properly, moving instantly from first through to fourth due to the computer’s inability to detect vehicle speed. Next came a month of swapping in sensors (and even installing a new known-good transmission controller shipped to us by Easy EFI) that didn’t fix the problem, before an extended stint with a local GM guru confirmed that there were 20-plus lines of code that had to be rewritten in order for the engine and transmission software to play together harmoniously.

Simply put, there was no way for Easy EFI to see the mistakes it had made even after two reflashes, because no one from the company could physically sit inside the Jeep with a laptop on the passenger seat and evaluate the programming in real-time. Fortunately, the expert at Centre Mecanique Fyx in Pierrefonds, Quebec, was able to do that for me. If I had tracked down a local tuner from the get-go, I could have saved myself a major hassle.

The next time around, too, I plan on doing a much better job vetting used parts before making a purchase. Would I ever again purchase a motor that I haven’t heard run without some kind of guarantee from a shop or salvage yard? Probably not, after having to rebuild what I had been told was a perfectly functional, rollover-sourced LS that I had witnessed turning over with the starter. Past that, I wish I had better informed myself about the variances in transfer case and transmission designs I was interested in, so as to avoid last-minute shaft and bearing replacements. That would have helped me more fully sketch out the worst-case cost scenario. In the future, I’d much rather not be be surprised again by the price tag associated with remanufacturing or replacing various components.

Each of these issues are primarily tied to my own planning. Although I had researched my swap before taking the plunge, I obviously hadn’t accounted for any of the problems mentioned above. I had no contingencies in place to deal with the unexpected, and the responsibility for that falls entirely on me. In retrospect, the grace and professionalism with which AGM Performance (the shop performing the swap) handled the problems that arose was incredible, and I’m deeply grateful that they never once gave up on the project.

I want to dispel the pervasive myth that a properly executed LS swap can be done for no money over the course of a weekend in your driveway, with only basic mechanical knowledge. Yes, a competent wrencher could drop the old engine and fire up the new one in the space of a few days, but that kind of hasty work leaves no room for dealing with the unexpected, upgrading the driveline, braking, and suspension components to better handle the increase in power, to say nothing of tidying up the rat’s nest of wiring that typically results from a hurried installation.

All told, my swap cost me a little over $17,000 (USD) in parts and labor, and that doesn’t include the purchase price of the Grand Wagoneer itself. Subtract roughly $3000 spent dealing with contingencies (engine rebuilds, tuning issues, parts problems), and you’re still looking at a price tag of $14K–$15K for a problem-free, professionally-executed installation. Do your own labor and the end cost is likely half that, which is certainly a big difference but nowhere near what I would consider “cheap,” especially since you’ll want to start with the cleanest, best example of whatever swap recipient on which you’ve set your heart.

Go into your swap with your eyes open and a solid plan and you’ll likely be able to avoid many of the problems I brought upon myself. Approach it like a coupon-wielding bargain hunter seeking cheap junkyard speed, or as a bright-eyed hopeful banking that your credit card can paper over any gaps in your swap strategy, and you’ll probably end up with a sour taste in your mouth before you make it to the end of the project—if you get there at all.

Would I do it all over again? Despite the dark days of this past summer, and after having now spent a few hundred miles behind the wheel of my vastly improved Grand Wagoneer the answer is a resounding “yes.” The Jeep is a joy to drive, offers a fantastic 400 horsepower and nearly as many lb-ft of torque, and it promises to be much easier to maintain and live with on a daily basis now that the ghosts of AMC’s past have been exorcised from its engine bay. 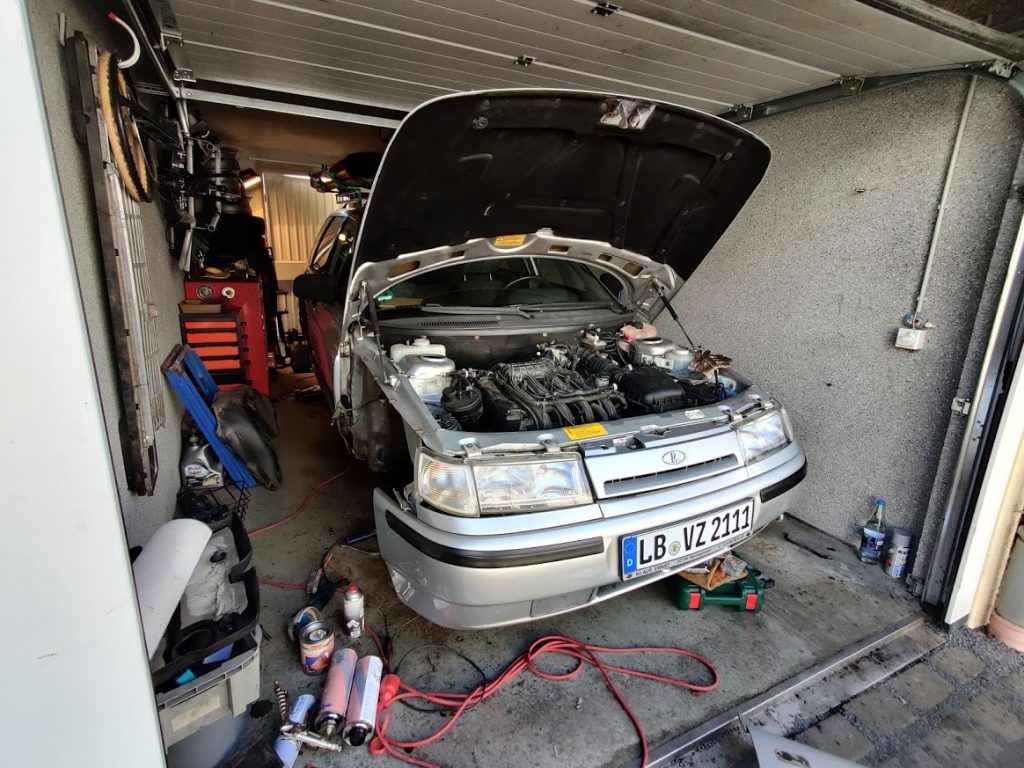 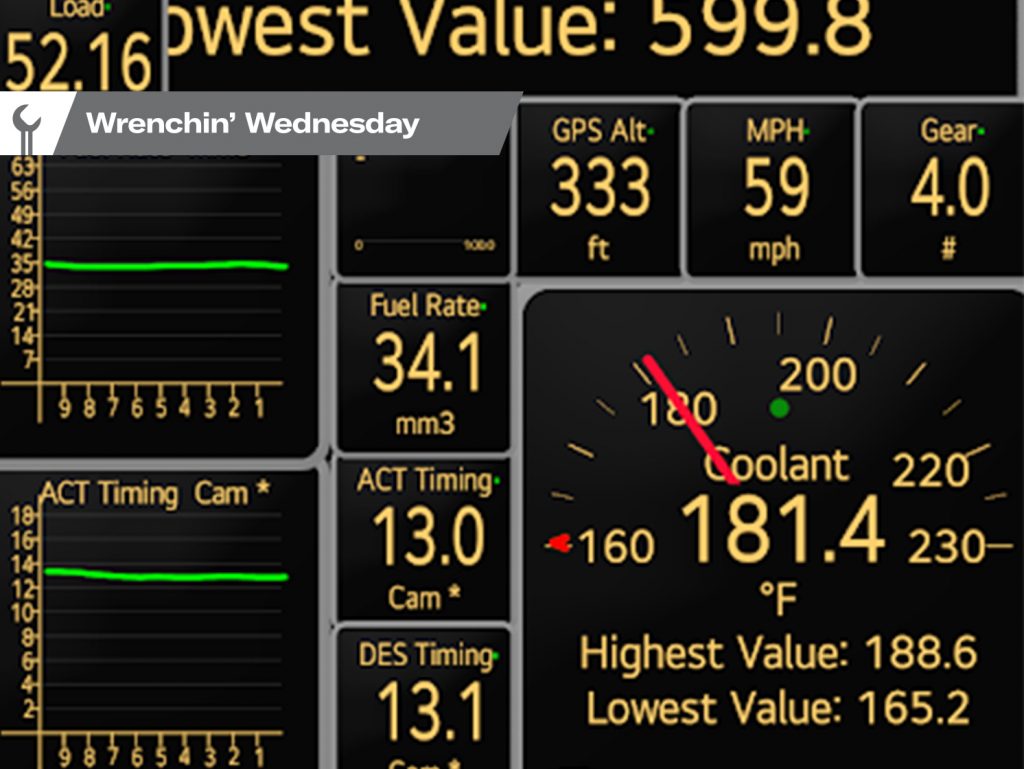