Against All Oddities, Maintenance and Tech, Opinion

How to quit worrying, ditch your job, and ramble Europe in a ’90s spacevan: Part 2

Matthew Anderson is an American engineer who relocated to Germany a few years ago for work. In his spare time, with reckless abandon, he pursues a baffling obsession with unexceptional Eastern Bloc cars. We don’t ask him too many follow-up questions, especially now that his move back to the Carolinas (with a shipping container housing a Moskvich, among other nonsense, in tow) has been such a tragicomic delight. –EW

As per Part 1 of this (mis)adventure, I quit my job and bought a camper to live in. At least for a bit, before I move back to the States. And not just any camper—a space-age-design, coachbuilt Fiat, procured from an obsessive engineer. How obsessive? Allow me to explain …

Upon picking up my Hobby 600 RV at the used car lot, I received from the seller some accompanying documentation. It was a stack of paperwork so thick that I began to worry I had accidentally procured a used-market nuclear submarine.

I did learn a lot, though. First, in the way of prior history, it turns out that the previous owner was a sprightly old man of 97 years, who bought the thing new. Slipped neatly in the map pocket was a window sticker for 56,000 Deutschmarks, along with model-specific literature. Normal contents for an attentive owner—nothing crazy.

Then it got more interesting. From the old man came a handwritten letter of the vehicle’s most notable idiosyncrasies, outlined in two pages. (This courtesy differs greatly from most people’s modus operandi when offloading a project, which entails screaming things like “Oh, by the way, it shuts off when you turn on the heat!” through an open window as they depart.) The guy also left meticulous records including receipts, service invoices, and instruction manuals. The tipping point: hand-annotated wiring diagrams for the various electrical changes he made throughout his ownership.

Clearly, I had to track this fellow down.

I discovered an old TÜV (German DMV) report with a last name: Bender, and address, neither of which I could verify as current. Old-school letter would have to be my first course of action. In my most carefully typed German (and with the help of spell check), I dropped a friendly note and a contact number in the yellow DeutchePost box. Nothing crazy or overbearing, just a message assuring him the RV was in good hands, where I bought it, and to ask if there were any spare parts kicking around.

Let’s be real. The chances of hearing something were slim. But then! Surprise of surprises, only a week went by before my WhatsApp pinged. It was the daughter of the previous owner, and they would be delighted if my wife and I would come by for coffee and a few stories. There were even parts for me to pick up!

Expecting to take a long lunch hour, we made the trek into the wine hills near Esslingen, Germany and navigated into the garden entrance of a small row house. The daughter, former owner, and his wife, appeared behind a cracked-open door. They welcomed us inside, and we took in what seemed to us  a perfect time capsule of 1970s German life. Lime green carpet, a reel-to-reel audio setup, perfectly maintained wood paneling. Heavenly, really, and well organized. Recalling the gentleman’s fastidious documentation, I knew I was in the right place.

So who was this maintainer of documents and fancier of long journeys? A veteran of the old school of mechanical engineering and an expert machining, the now0slight but energetic 97-year-old man bought the Hobby as a retirement gift to himself and his wife in 1993. The couple would vacation for months at a time in Hungary and Spain, learning and fixing the Hobby’s problems along the way. After more than 25 years of adventures, they hung it up about three years ago. Opting for the path of least resistance, their daughter sold it to a used car lot in my town. Which, as you’ll recall from Part 1, is how I stumbled upon it.

Shortly after introductions, a mountain of (further) documentation landed on the table: a service manual, old receipts, letters, maps. It kept coming, and so did the explanations and stories. I couldn’t keep up with the guy! Next up was mechanical miscellany: brake drums, kitchen gadgets, small purpose-built wiring harnesses, a wine carrier padded with carpet, nuts, bolts, wires, brackets. This wasn’t simply going to be a long lunch, my wife and I happily realized. We next headed down to the cellar where a pair of lathes, a mill, and perfectly organized tooling cabinets filled an efficiently packed room that mortals ordinarily use for doing laundry. The gentleman even dug out an invention of his, protected by the U.S. patent office: a re-honing device for the combustion chambers of the Wankel-engined NSU Ro-80 sedan. This is the kind of person from whom you want to buy a car!

In terms of documentation, what follows is a brand of engineering and research that puts my own flirtations to shame. Let’s crack it open, shall we?

Foremost, I’d like to present a letter to Fiat of Germany. This is not your standard, “I’m going to set the service department alight” sort of communiqué, but rather an in-depth explanation of a light resonance at 1100 rpm that our good man Herr Bender traced back to—in his professional opinion—incorrect fuel distributor settings. The assertion was backed by mouthwateringly nerdy engineering drawings showing the pump phasing and delivery quantity. The letter in response confirms his suspicion, including a misprint in the factory documentation. Getting the manufacturer to admit an error? You bet that was a proud moment.

Further into the binder we go. Measurements of the clutch disk thickness, recorded every 5000 kilometers. Valve adjustment clearances in the same interval. Each timing belt change, but also references to the old timing belts and tensioners sitting in a box. Engineering drawings of a smaller alternator pulley, as well as calculations for its output when so equipped.

This entire enterprise tickled my brain in ways I have a hard time expressing. Every repair, every improvement, every diagnostic process whether little or large—all noted in a three-ring Fiat-branded notebook, often scribbled on the back of bank envelopes.

And then, we said our goodbyes. It was an honor to come away with such a bumper crop of stories, history, spare parts, and personalized paperwork. Now that I have it all, it’s tough to imagine my Hobby 600 experience without it. And after my first couple test trips in the RV, I am realizing the extent to which Herr Bender thought of, well, everything.

How lucky I am to be the recipient of 30 years of continued development by an experienced machinist? Please join me on a quick tour of his greatest hits.

His first innovation, surely born out of a prior theft attempt, is a custom-machined deadbolt for all three doors. Of most notable quality is the side entry mechanism—an intricate seven-piece construction that includes a mechanical brake to keep the lock from sliding open. I haven’t been able to yet figure out how the front deadbolts work.

Horizontal surfaces are always at a premium in an RV, and the Hobby’s interior was designed in vertical levels, like Tokyo. The old man had machined some mounting points out of some very high quality (and very stolen) material from his workplace. The quality of the machining and assembly was such that I had assumed it was factory-original. It really wouldn’t look out of place in the interior of a 747. In the back there’s place for a Hi-Fi unit next to the bed and in the kitchen we have an extra level to expand the cooking area.

Moving to the front, we see hand-sewn window shades adorning both sides and front glass. Five equal length wooden slats, apparently pirated mid-vacation from a case of Spanish mandarin oranges, keep the homemade shade against the glass. A custom-made, burnished aluminum bracket holds the center fruit crate piece in place. The whole system is simple, cheap, and even allows for the replacement of suction cups on the window shades. I’m happy to report that it’s extremely effective in keeping occupants from frying.

So, that’s the good. Fixing the bad is a story for another day. Removing the water system and questionable electrics will require a few weekends to put right. But who cares? The creativity and attention to maintenance has allowed a ’90s Fiat camper van to survive countless adventures and thirty German winters. Now, to get it sorted for our travels … 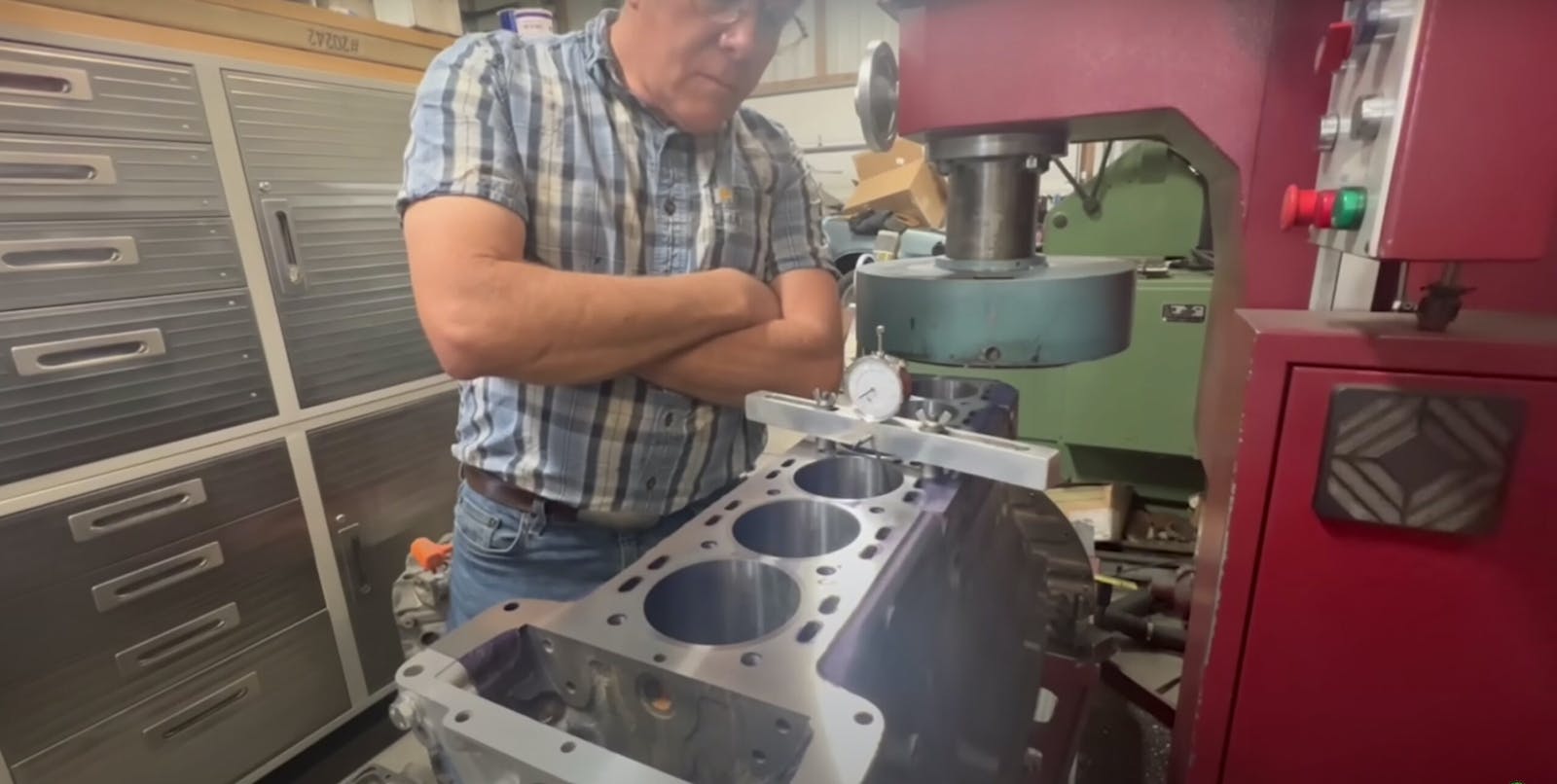 Get an insurance quote
A Story About
Share Leave comment
Read next Up next: Musk promises semis by December, Toyota finally fixes loose wheels, NASCAR drivers not happy with new car

Keep that stuff – it’ll improve the car’s story for the next guy.

What a story! How amazing to luck into this camper… and its many clever mods, paperwork, rejigged wiring diagrams, etc.

What I can’t quite make out is how the slight squealing “resonance” between 1,100 and 1,400 rpm related to the updated timer pump setting — did he get rid of the squeal? The letter does not say… Is it still there?

I’m not really sure either! I guess I’ll leave that up to experts like Herr Bender.

What a story! You have to appreciate how someone took the time to make a unique vehicle better and then to document it all is so cool. I’ve bought vehicles in the past that had traces of their former lives but nothing near this level of documentation. Great find!

I feel unbelievably fortunate to have a vehicle we love so much, that has also been loved. No doubt I plan to continue the tradition of documentation, aside from the receipts I’ve already lost.

Matthew – Un.Be.Lievable!! WOW – so cool and amazing! I am sure Herr Bender was as excited to hear about his Caravan’s new owner as you were to meet, and find this treasure trove! Both parties extremely happy! Great outcome.