After experimenting with rubber matting, plastic tiles, and industrial paint for my garage floor, I splurged on a fresh finish by hiring pros. The good news is that it looks great after two Michigan winters of traffic and briney slush deposits and it’s covered by a “lifetime” warranty. (Life, as defined in the contract’s fine print, is 10 years.) The bad news is that contracting PremierGarage (PG), a nationwide organization with 195 agents serving 2100 cities and a coatings palette to die for, cost $1995.

My frugal son chose the DIY alternative after researching procedures on YouTube and (sort of) listening to my informed counsel. His cost for roughly the same surface area came to 13.25 hours of his time and $267.64 using name-brand materials and tools purchased at big stores and online.

Which route is better? It depends, but by the end of this dossier, you should have a good idea which approach better suits your needs.

Most garage floor paint fails in service due to repeated traffic. When hot tires roll in, a chemical bond forms between the rubber and the paint, intensified by pressure that can be as much as 1000 pounds per corner. When the car departs, some of the paint goes for a ride, eventually resulting in four unsightly bare spots. A good coating counteracts this in several ways, the first of which is a strong bond with the concrete floor.

How the pros do it

As in most endeavors, proper preparation is the key to a long life for a garage paint job. The PG crew attacked my floor with a five-horsepower industrial grinder spinning a diamond cutting wheel. A powerful vacuum cleaner attached to the grinder inhaled the debris so thoroughly that not a speck escaped. Tight corners were stripped with a smaller grinder to expose the underlying concrete’s pores.

After the entire area was vacuumed a final time, joints and cracks were filled with an acrylic latex caulk called “epoxy coat.” PG’s two-man crew then took a 30-minute break to allow the caulk to cure before sloshing down the first layer of epoxy paint with a squeegee. One of the techs then waltzed across the wet surface wearing long spiked shoes while leveling the coating with a finish roller.

The next day, after 24 hours or so for curing, any remaining divots were filled with caulk and rough spots were knocked down before the second coat of two-part epoxy was applied.

A liberal sprinkling of white, dark gray, and light gray vinyl chips was then spread over the wet surface to mask flaws and to keep the floor from becoming a skating rink when wet. This step doesn’t impede sweeping and is something I highly recommend.

Following a second day-long cure, the PG boys returned for the crowning touch: a layer of clear Sika polyasparitic polyurethane resin was poured, squeegeed, and rolled out evenly over the surface. Walking was authorized after an eight-hour cure, with car traffic permitted after 48 hours.

Thus far I’ve experienced no cracking, flaking, or visual distress of any kind. I’m comfortable enough with the PG coating that I drive in and out without much precaution. Nor has the occasional use of a floor jack and safety stands posed an issue.

Most people don’t have access to the specialty grinding equipment the pros use, so DIY prep is typically done with elbow grease and chemicals. My son Carter’s floor was previously uncoated and had several deep cracks and two nasty oil stains to address first. He used Krud Kutter Oil Grabber Oil Stain remover with aggressive before-and-after scraping using a sharp-bladed, long-handled tool to eradicate the black marks.

Next, he swept the oil residue and all other debris from the floor before etching with Rust-Oleum Concrete Etch and Cleaner. That step required a six-hour drying time and a second hose down with water and a broom followed by another six hours of drying.

Next, he filled the cracks with a Rust-Oleum Concrete Patch and Repair kit, giving that goop eight hours to cure. After another thorough sweeping, he applied Behr self-priming epoxy garage floor paint and allowed it to cure for four hours. A second coat of the same material followed. (Two gallons provided two coats for this 19×20-foot floor.) While the surface was wet, three pounds of Rust-Oleum gray decorative color chips were evenly sprinkled followed by another four hours of drying time.

A small roller and brush were used to paint the bricks surrounding the floor and the steps leading into the house. The final procedure was applying KILZ Interior/Exterior Concrete Clear Coat. One gallon yielded two coats; four hours of drying time were required after each coat.

The final results look about the same at this early juncture. Of course, the DIY approach includes no guarantee beyond the possibility of a manufacturer supplying replacement material in the event trouble arises.

To avoid that possibility, Carter is taking precautions. Instead of rolling onto the garage floor with hot tires after a high-speed trip home, he’s letting his vehicles chill in the driveway for a few hours before they’ve driven inside. And he’s placed small throw rugs at the eight tire-parking spots to diminish the chance of rubber-to-paint bonding.

Carter’s total expenditure for materials and application tools was $267.64. (Each gallon of Behr paint cost $32.98, and one gallon of KILZ clear top material cost $28.98.) All the cleaning, filling, etching, and painting took just over 13 hours of labor. Carter’s total expenditure, not including the cost of his time was a fraction of the roughly $2000 cost of paying pros.

Of course, with any first-time DIY there may be stumbling blocks, so be prepared for the unexpected if you take the non-professional route. Still, avoiding writing a big check is a good incentive to dive in head first, and the pride of doing it yourself is a nice reward, too. 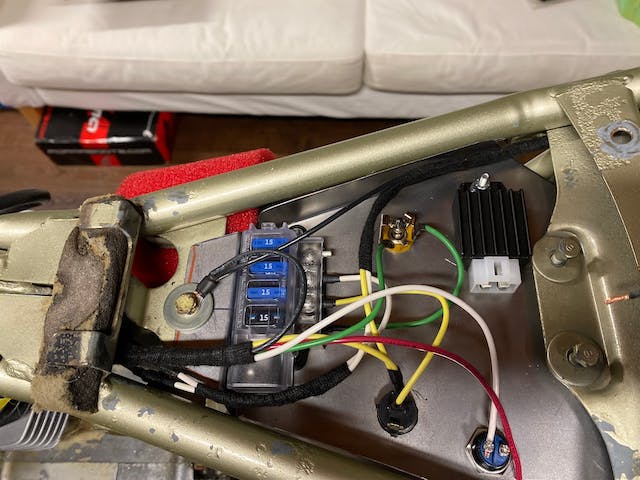 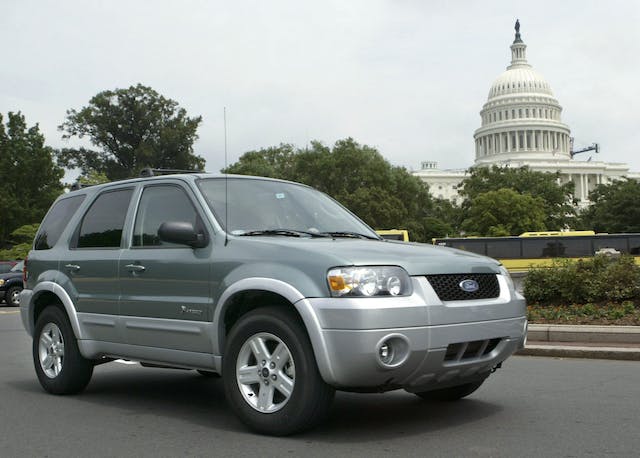