8 of the most lethal tools in your home shop

Working on cars is inherently dangerous. Just like driving, spinning wrenches on a vehicle requires respect and undivided attention. We all accept a certain amount of risk when taking on DIY projects, and I’m willing to bet that the percentage of people who have left every single one of their projects without a scrape or bruise to be less than one. I won’t go so far as to say everything is dangerous, but here are a few repeat offenders that I think are the most dangerous tools in the average shade tree mechanic’s shop.

Even small drill presses are high-torque affairs thanks to speed reduction pulleys. Snag something on a drill bit and the machine will continue to wrap that material until you hit the stop switch. When drilling, remember that the most dangerous time is right before the bit breaks through the backside of the material. Should the tooling bite, rather than cut, it will take whatever you’re working on and whip it into oblivion. A vise will hold your workpiece in place, but used with a hand drill, you run the risk of twisting your wrist. Still, holding a piece in your hand and drilling on the drill press is asking for trouble. Get a drill vise or appropriate clamps and use them.

Remember, speeds and feeds are incredibly important when drilling. Make sure to adjust the speed at which the drill is spinning and monitor the feed, or the rate as which the drilling takes place.

Handheld grinders can easily spin a 4.5″ disc to 8000 rpm and are used to remove material from your project. That material is coming off the wheel at Mach Jesus and bouncing about your shop. Without due care that material will bounce right back at you or damage delicate parts of your project, or worse, your eyes. Questionable quality discs can also break apart and become projectiles in every direction. Grinders are powerful tools to be used with respect and care as to where the material is going. It’s best practice to to use quality attachments, combined with good personal protective equipment: safety glasses, hearing protection, and gloves, at a minimum.

Hell hath no fury like a compressed spring unintentionally released. Literally tons of force can be sprung loose in an instant. The suspension in our beloved car is sometimes one slip of a wrench from shooting out big parts at ballistic speeds. When working with spring compressors a big dose of extra caution is warranted.

Consider taking a “belt and suspenders” approach by not only carefully using the proper tool, but also using chain to retain the spring to a solid part of the vehicle like the frame, so that if energy is released it will still be contained to an area that you are choosing and can then stay out of. Spring compressors tend to be extra dangerous because often times they are rented tools rather than purchased, and come with few instruction on how to safely use. Do your research on the safe use of spring compressors, and know your limits on when it is time to call in the professionals.

Seriously. Have you ever seen that video where a Christmas tree catches fire and it’s only seconds before the whole room is ablaze? That can happen with your shop trashcan too. More than a few projects involve any number of chemicals and it only takes two of the wrong ones to mix in you trash can before they spontaneously combust. We haven’t even talked about the danger of drying oils which can oxidize and create enough heat to self-ignite. Throwing rags in your trash can is asking for trouble. the better move is to get a fire-rated canister with a lid that serves to not only contain any fire, but also limit the access to oxygen that is required to stoke the fire in the first place.

One of the most powerful and dangerous tools is your own brain. Confidence comes in one of two ways: experience or ignorance. Walk into a job with the latter and it’s only a matter of time before you are hurt and wondering what happened. Using tools improperly or taking shortcuts are surefire ways to end up damaging your project and/or your body. Check you ego at the garage door, and a safer—and more fun—time will be had by all.

Floor jacks are fascinating tools once you understand how leverage and hydraulic physics. The ability to easily lift thousands of pounds is a superpower possessed by anyone with a $100 bill. That is terrifying, if you consider the dangers involved. Lifting a car requires attention to proper jacking points and also proper support once up in the air. Again, the physics are amazing, but even more amazing is that all that hydraulic pressure often rests on just a few five-cent o-rings. Do you trust your life to an o-ring? I didn’t think so. Use jack stands. Every time.

This is a strange one to explain to folks who haven’t experienced it before, but sharp knives are the safe ones. Dull cutting edges require additional force to push through material and thus have a tendency to slip or turn in a direction the user didn’t intend. Combine this with bad habits like cutting towards ourselves (I’m guilty of this more than I would care to admit) and you have a recipe for disaster. Grab a whetstone and put a fresh edge on your sharp things. I promise that is actually safer.

When using a punch or chisel you are likely scared of the hammer blows and the chance of hitting your holding hand. That’s a real fear, but the chisel itself may conspire to hurt you as well. The end of a punch that receives those carefully placed hammer strikes has a tendency to mushroom slightly and can reach a point where the edge becomes brittle. When struck, it becomes a sharp projectile. This is easily prevented by filing down any mushrooming edges on your punches.

In the wrong hands anything can be dangerous, just ask my friend who has a glass eye about how dangerous a screwdriver can be when used incorrectly. That doesn’t mean you should never go out and enjoy working on your car though. Everything in life comes with risk, but mitigating some of that by acting responsibly is never a bad idea. Think there is another tool in a common home shop that presents more risk? Leave us the details in the Hagerty Community below. 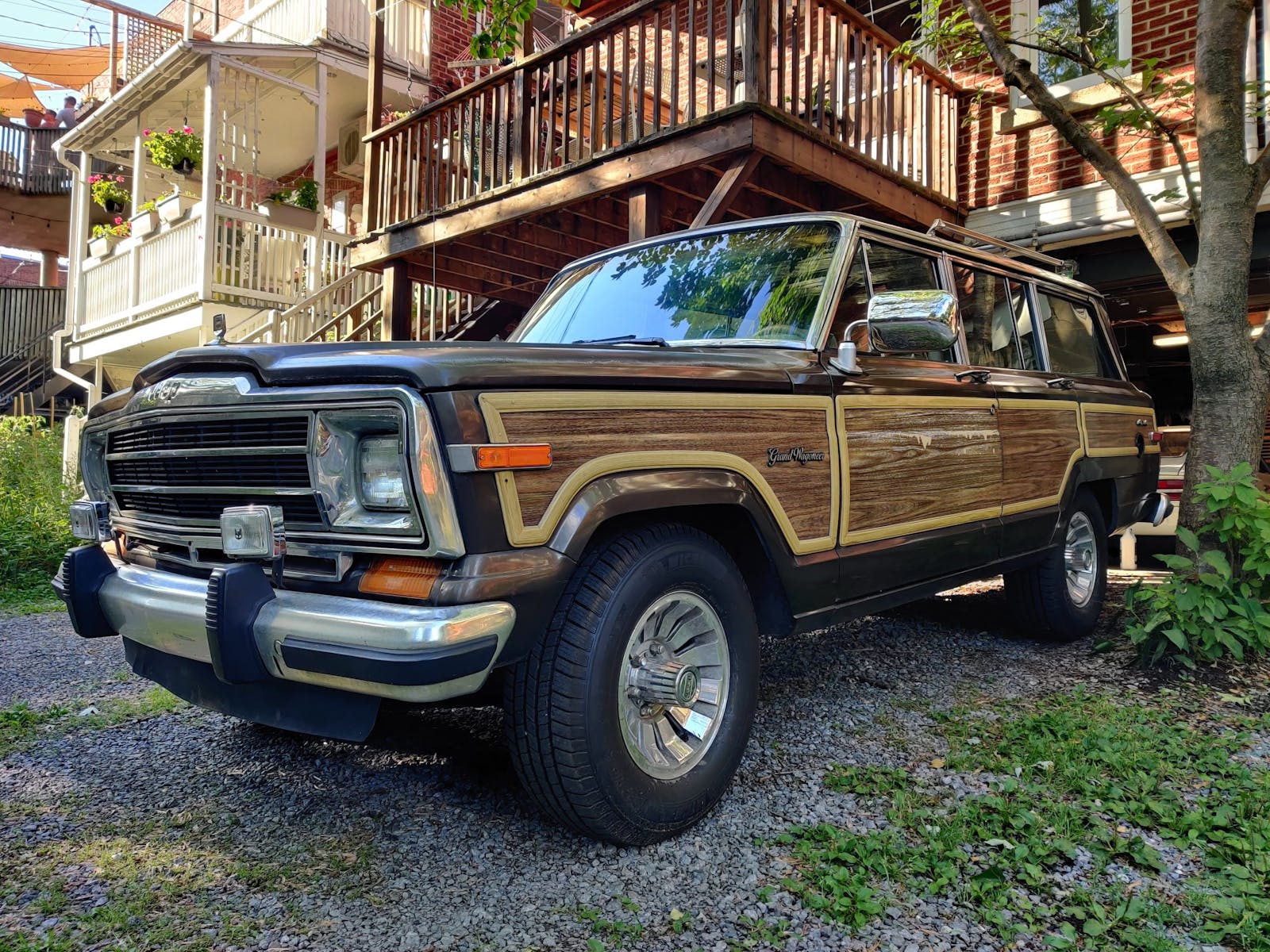 Maintenance and Tech Bringing back my ’87 Grand Wagoneer’s A/C, with a modern twist
Benjamin Hunting