There’s a difference between station wagons and their sedan/coupe siblings, not only in the literal sense but also when it comes to values. Sometimes the value gap is negligible, and sometimes it’s so eye-popping that it requires a double take.

Below are seven examples of station wagons whose #2 (Excellent) condition values are significantly higher than sedans and coupes of the same model. The reasons for those value disparities vary—from looks and trim to rarity and nostalgia—but these longroofs come with a definite premium in the market.

You may find that some of the value differences make perfect sense, and some may also surprise you—especially the wagon that’s currently the king of the hill.

As Benjamin Hunting wrote in 2019, “The impact of the 200 Series—known more popularly as the 240—is undeniable. First a novelty, then a kind of anti-status status symbol, and finally a cult figure, this humble Volvo continues to be revered.” And the most popular form of the revered 240 is the wagon.

Looking at Volvo 240s from 1981–93, wagons are on average 11 percent more valuable than sedans, with an average value of $12,300. With a recognizable shape—perhaps one that might be considered iconic—Volvo may be associated with the station wagon more than any other car company.

When you think of legendary 1950s automotive metal, the Bel Air instantly comes to mind … coupes and sedans, that is, but not so much station wagons. So how is it that Bel Air Nomads—those cool two-door wagons—are worth 27 percent more on average than Sport Coupes in #2 condition? They’re substantially rarer (plus they have really cool trim).

Enthusiasts love high performance, manual transmissions, and stations wagons. Very rarely do all three come in one car, but the CTS-V wagon has it all. In addition to the the car’s luxurious features, the posh rocket has the heart of a sports car: a 556-horsepower, 376-cubic-inch supercharged LSA V-8 based on the LS9 V-8 from the C6 Chevrolet Corvette ZR1.

Relatively speaking, Cadillac didn’t produce large numbers of the CTS-V in any form, but there are significantly fewer wagons out there, making them more difficult to find and more expensive to own. Wagon production from 2011–14 was less than 10 percent of the entire CTS-V total, with only 395 of them built in 2011. It’s no wonder then that CTS-V wagons are worth 59 percent more than the sedans and 44 percent more than coupes, with an average #2 value of $74,600.

That big number will likely continue to rise, as CTS-V values have increased steadily since 2018, with wagons showing particularly sharp growth. Over the past five years, #2 values are up 49 percent for wagons, 15 percent for sedans, and nine percent for coupes.

Whether you love ’em or you hate ’em, Corvairs are unforgettable cars. While they have been discussed and disparaged ad nauseam—thanks, Ralph Nader—they remain affordable and unusual collector cars, a nice combination indeed. They’re just not equally affordable.

The W123 platform was not revolutionary, but—according to Mercedes-Benz—it was “rather a thoroughly mature mid-range car combining the latest engineering with tried and tested design features.” Not exactly an exciting description, but it certainly was an accurate one, and it reflects the lasting legacy of the W123: it’s a solidly built automobile with timeless poise and class. Three years after sedans and coupes hit the market, the 300TD wagon was launched for the 1979 model year; its naturally aspirated diesel engine was replaced by the turbodiesel starting in 1981. W123 sedans, coupes, and wagons were sold in the U.S. through 1985.

Today, the 300TD station wagon’s average #2 value of $41,400 is 78 percent greater than the average of W123 diesel sedans. While all W123 values have increased sharply over the past 2–3 years, wagons began rising long before that. Depending on the model year, 300TD wagons have grown an eye-opening 140–204 percent over the past five years.

In a move to modernize its lineup, Oldsmobile introduced a completely new 88 in 1961. Plenty of body choices were available, but most buyers opted for either a conventional four-door sedan or a four-door hardtop sedan. Wagons made up a fraction of the total production.

Among the attractive features on the new full-sized Oldsmobiles were their 394-cubic-inch Rocket V-8s; the Dynamic 88 received a two-barrel, 250-horsepower version, while the Super 88 was powered by a four-barrel “Ultra High Compression” 394 Skyrocket V-8 rated at 325 hp.

Dodge’s late introduction for 1949 had been eagerly anticipated by potential buyers, but while the Coronet model name was new, the cars were conservatively styled in line with what Chrysler’s chief executive, KT Keller, thought customers wanted. The 1949 and ’50 Coronet wagons had wood trim, and today that’s a bigger deal than it was then. Collector car enthusiasts love woody wagons. How much? You’d better sit down.

Yes, that seems unfathomable, but other 1940s and early ’50s woody wagons are also worth several times as much as their sedan counterparts—we just used the Coronet as an example. If this list was based purely on the numbers, it would be dominated by early postwar American wagons, including the 1946–48 Chevrolet Fleetmaster (worth 381 percent more than sedans), 1946–48 Oldsmobile Series 60 (541 percent more), and 1946-48 Pontiac Streamliner (484 percent more).

It seems that oftentimes it is entirely appropriate to put the wagon ahead of the horse. Or, at least, the sedan and coupe. 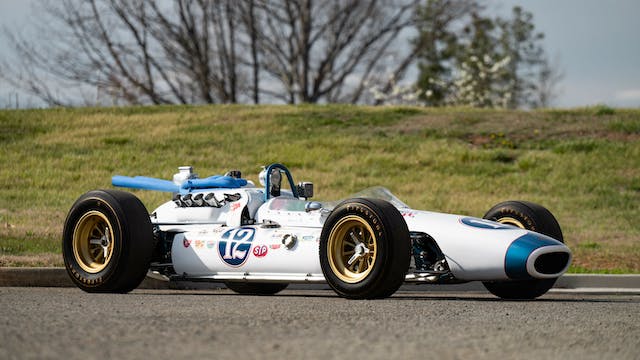