The automotive industry is brutal. Dollar signs drive design decisions every day, and if a product doesn’t continue to satisfy bean counters and board executives, it’s tossed aside regardless of the cult that might follow the nameplate to its grave.

Today we both celebrate and mourn the loss of several models that were axed before they could be polished or refined to the full extent. Their shortcomings are often those of timing—other times, poor execution of a good concept—but despite quickly failing in bureaucratic viability, these vehicles make their mark on their own tangents of automotive history.

While many of these cars experiences several facelifts and various updates in their time, they never experienced a true successor in the form of a retooled chassis or body with the same nameplate. For one reason or another, their automakers chose instead to move on rather than invest further in the model.

Some cars emerge from pure cults of personality, and such is the case with Volkswagen’s answer to an unasked question: the Phaeton. The grandson of Ferdinand Porsche, Ferdinand Piëch was a masterful technocrat that considerably raised Audi’s profile during the 1980s, before catapulting Volkswagen from the edge of bankruptcy to the top of the automotive industry. While he a hand in the first 911, the Quattro Audis, and the orbit-shifting Bugatti Veyron, the Phaeton will always be his crowning achievement. Even despite its failure to take the market by storm.

The über-sedan had a simple mission: It must easily run 186 mph in 122-degree summer heat while the HVAC wafted 72-degree air into the cabin. Piëch, the chairman of Volkswagen at the time, wanted the Phaeton to bolster VW’s reputation as much as his own personal transportation. The nearly $100,000 “people’s car” had at least 100 patents credited to its development, and it was an absolute fantasy build for VW loyalists. The kind of project in which the pressures of focus groups were replaced with a personal determination rarely seen in modern vehicle development.

The D1 platform that debuted with the Phaeton would be handed down to the likes of Bentley and also served as the foundation of the W-16 core for Bugatti’s contemporary hyper-cars: the Veyron and Chiron. Each system of the Phaeton would be world-class, from the active suspension to the all-weather 4Motion all-wheel drive and CNC-milled trunk hinges.

The issue, however, is that people don’t walk to a Volkswagen dealer with the idea of spending six figures. While the Phaeton’s understated styling and blitzkrieg of engineering earned it a cult following, the world just didn’t perceive Volkswagen as a luxury marque. The Phaeton failed to sell like its rivals: the Mercedes-Benz S-Class, BMW 7 Series, and even VW Group’s own Audi A8.

The Phaeton lost its biggest fan inside VW when Piëch left in 2015, which ultimately led to its demise in 2016. In a heated power struggle, Piëch was ousted from VW’s supervisory board in April of 2015. Whether the Phaeton’s demise was due to VW’s more sensible minds discerning a clearly unprofitable project or simply a personal stab at Piëch, we’ll never fully know.

We could sum this one up with one word: Hellcat.

Of the four LX-platform cars that FCA has released, the four-year run of wagons from Dodge came with a modest selection of V-6 and V-8 offerings and could be equipped with all-wheel drive. It was the return of the lauded American station wagon, dead since the General Motors B-bodies retired in 1996.

The brainchild of Daimler executive Dieter Zetsche, the LX platform owed its roots to Mercedes. (The final iteration actually shares very little with the E-Class on which it was based.) The LX platform didn’t simply mark the return of FCA to its roots with full-sized, rear-wheel-drive cars; it marked a resurgence of Mopar performance thanks to the birth of the Generation III Hemi V-8s. While standard Magnums were equipped with a 190-horse V-6, and RT and SRT8 models brought the bacon with 340 hp and 425 hp respectively. Those were mild numbers by today’s standards, but for the mid-’00s, the Magnum was a radical machine.

Maybe a bit too radical. Buyers had already forsaken station wagons for SUVs and CUVs, and being a niche-within-a-niche, a high-performance station wagon had a relatively narrow demographic of buyers. It was the worst-selling variant of the LX cars, notching sales numbers too small to justify its presence in the post-bailout scrutiny. The Magnum would go through a minor refresh for its last model year before closing the hatch on its short legacy in 2008.

The only sin that the Magnum committed, in our eyes, was not offering a manual transmission. Especially when paired with the rowdy 6.1-liter Hemi, chonky Brembo brakes, and tuned suspension, a manual would’ve perfected this slice of Mopar performance. Alas, the Magnum was never meant to see the renaissance that its fellow LX compatriots would see after the 2011 refresh, with vastly improved interiors and a reign of horsepower begun by the supercharged 707-hp, 6.2-liter Hemi.

Mitsubishi’s underdog status was less apparent in 1989 when it introduced the GTO, more commonly known in the U.S. market as the 3000GT, at the Tokyo Motor Show. Billed as Mitsubishi’s “new age super four-wheel drive sports car,” the 3000GT rode the wave of Japan’s precariously-booming economy in the late ’80s. The island nation fanned the flames of its own horsepower numbers with a myriad of high-performance “grand tourer” two-doors aimed at highway performance and bleeding edge tech. As such, the twin-turbo, dual-cam V-6-powered answer from Mitsubishi came with four-wheel steering, all-wheel drive (with a 45/55 front/rear torque bias), industry-first switchable exhaust modes, electronically-adjustable dampers, and active front and rear spoilers.

The 3.0-liter V-6 was the familiar 6G72 found in everything from the 3000GT to the Chrysler New Yorker in varying forms, and in the 3000GT’s top-spec VR-4, made around 280 hp thanks to a pair of turbos—which were independently chilled through a pair of air-to-air coolers in the front bumper. While this would become one of the heavier entrants in the Japanese grand tourer wars, it was possibly the peak of Mitsubishi’s design and engineering accomplishments, boasting technical features decades ahead of their time. Unfortunately, though, this avant-garde tech meant that the cars were difficult to service and brutally complicated, earning a reputation as high-maintenance and cantankerous. Dodge’s cousin coupe, the Stealth, would fall under similar scrutiny even without the VR-4s more notable electronic features, such as the active aero and suspension systems.

Mitsubishi would revise the 3000GT lineup and eventually phased out some of the trick tech like the active exhaust, aero, and suspension. As was common with the era, pop-up headlamps yielded to composite lamps and stylists amped up the 3000GT’s aggression.

Sadly, the 3000GT was Mitsubishi’s last halo car, excluding the relatively low-tech Lancer Evolution series. The collapse of the Japanese economy in the early 1990s slowed domestic sales, especially those of expensive coupes like the GTO/3000GT. Worse, Mitsubishi didn’t have the strength that Honda, Mazda, and Toyota carried in the United States. Mitsubishi’s percolating reputation for poor reliability peaked in the early 2000s when the company was forced to admit dozens of major defects spanning back three decades. The disgraced company recalled many of the affected models and collapsed into the shell of a brand that we see today, which has begun to rebrand its CUVs with the tombstones of performance icons like the Eclipse.

Yeah, we went there. Breaking Bad’s Walter White may be the champion of the maligned SUV, but when you wade through the mockery, the Aztek marked a massive departure for Pontiac. GM put a considerable amount of care into the Aztek’s features and ecosystem of options.

Pontiac billed the Aztek as a “Sport Recreation Vehicle,” reflecting its perception of the needs of Gen X. The company decided younger folks needed a CUV geared more for outdoor use and to fit that bill, equipped the Aztek with features like the removable ice-chest that doubled as the center console. Though the Aztek had some nice touches like rear controls for the stereo and an air compressor, the tent and mattress kit number among the Aztek’s more notorious gimmicks. Its largest downfall, however, was the minivan platform underneath. The Versatrak all-wheel drive was best for wet driveways and failed to garner the go-anywhere reputation shared by Audi and Subaru. When paired with the soulless 3.4-liter pushrod V-6 and four-speed automatic, that all-wheel-drive blessed the Aztek with mediocre acceleration and middling fuel economy.

Sure, it wasn’t the right vehicle for Pontiac in a lot of ways, and it may have sounded the death knell for the once prestigious performance brand; but it was a rare example of out-of-the-box thinking from the traditionally conservative General Motors. Right now, vehicles like the Jeep Renegade succeed where the Aztek floundered, standing in as sensible, capable SUV alternatives. While the execution was rough around the edges, the consideration that Pontiac put into the Aztek’s modular interior would be shared by more successful rivals too, like the Honda Element. Maybe Pontiac was never the right home for the concept, but we’d be curious what a more refined approach to the Aztek’s mission statement would look like in 2020. 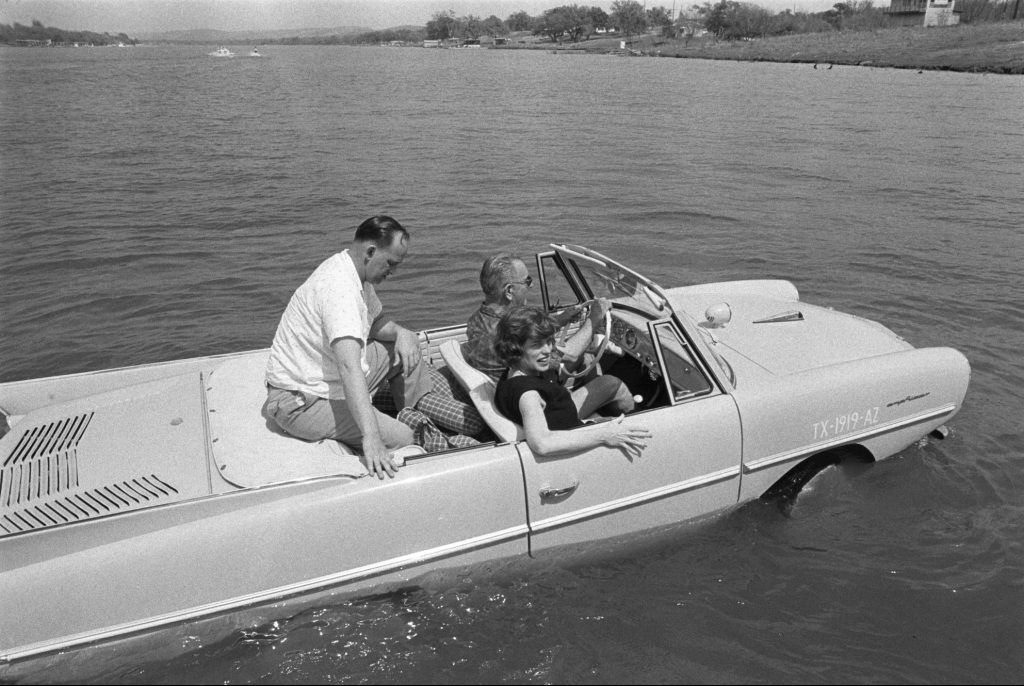 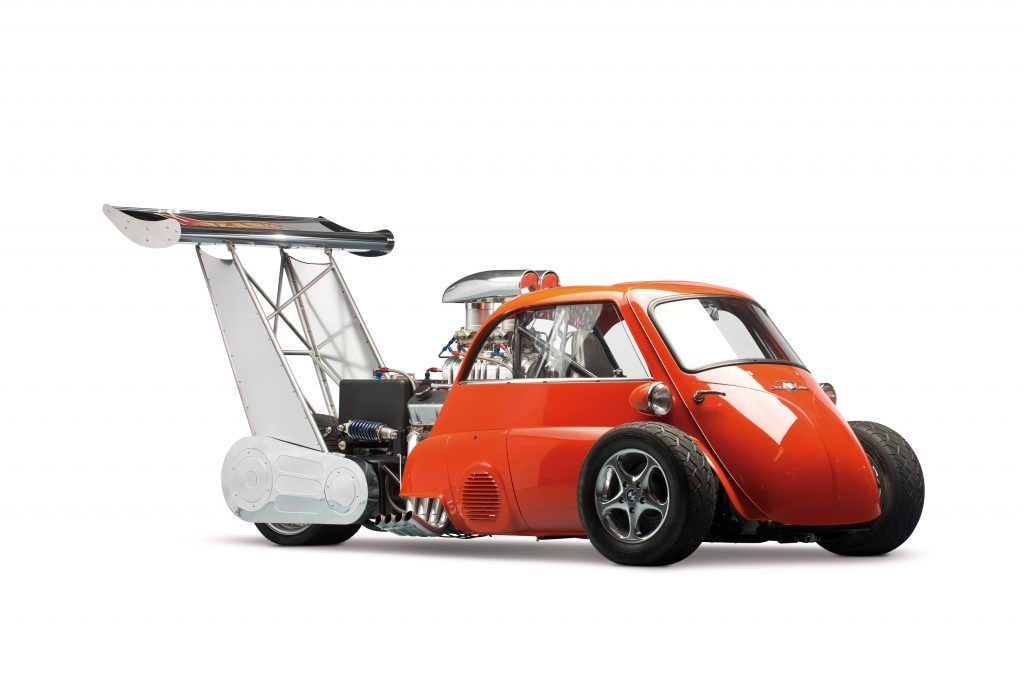 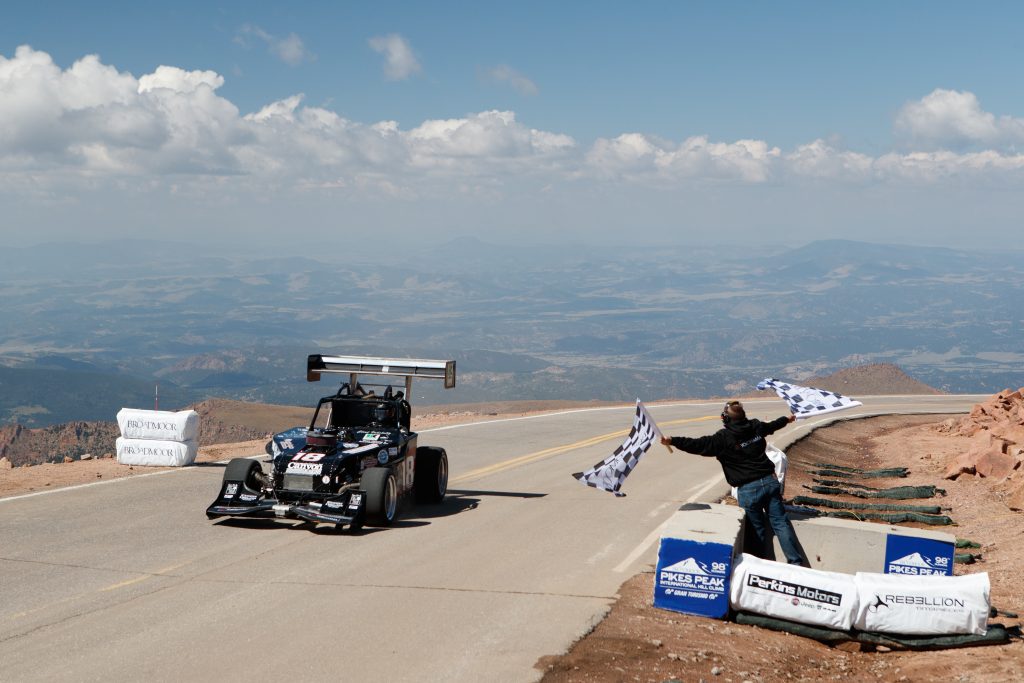 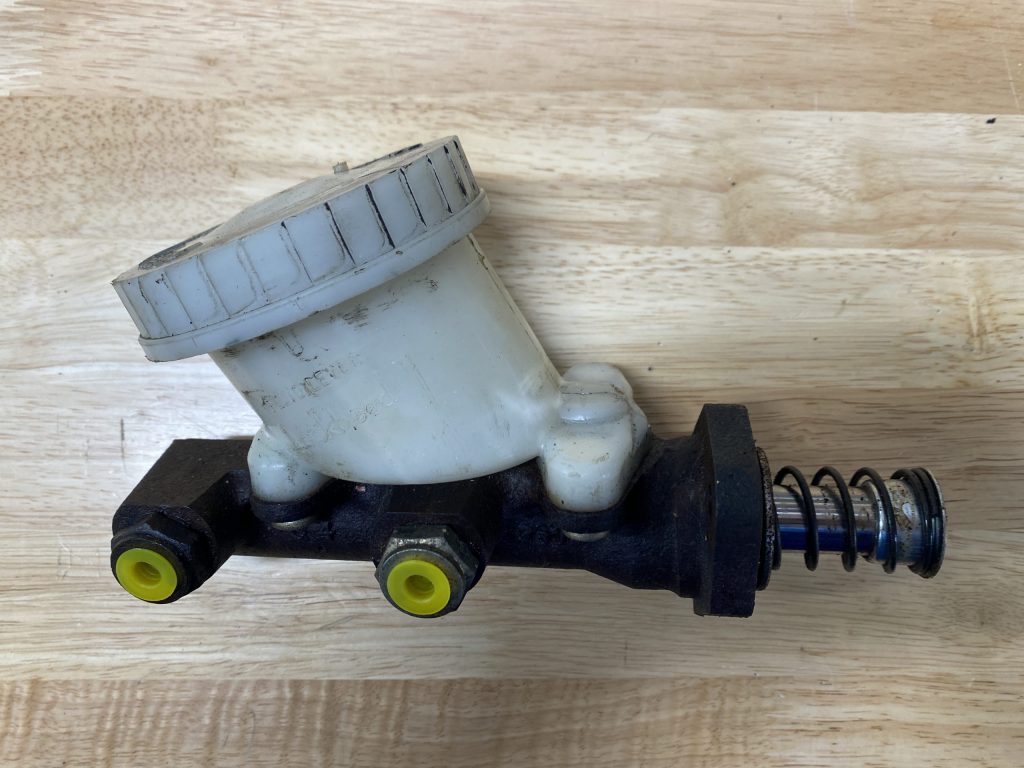