Today’s featured car is a 1969 Pontiac Grand Prix Model SJ, boasting a 428-cubic-inch motor in the 370-horse trim (Pontiac also offered a 390-hp tune). The J and SJ designations actually hail from the 1930s Duesenbergs; John DeLorean, who oversaw the 1969 Grand Prix’s development as Pontiac’s general manager, wanted to evoke the luxury and power of the prewar beasts … with appropriately modern flair, of course. The Grand Prix, like its spiritual ancestors, had impressive bragging rights in the industry: the longest hood on a production car, and the first-ever integration of a radio antennae into the windshield. Those features were the icing on the cake, though, because the Grand Prix—particularly the Model SJ—was a seriously potent luxury coupe.

This olive green Grand Prix belongs to Brian Kelca. This car is particularly special to him because it’s his second Grand Prix. Other muscle cars have found homes in his garage, but Kelca has always longed for his original love: the 1969 Grand Prix. His first car, when he started driving in 1976, was a 400-hp, Model J variant, and he’s never forgotten it.

Happily, his yearning was satisfied in June of 2017 thanks to a posting on his local Craigslist. When he was reunited with his favorite model, the SJ featured today didn’t spend much time in the garage. “I could not stop driving it,” Kelca writes. That’s the way it’s supposed to be! 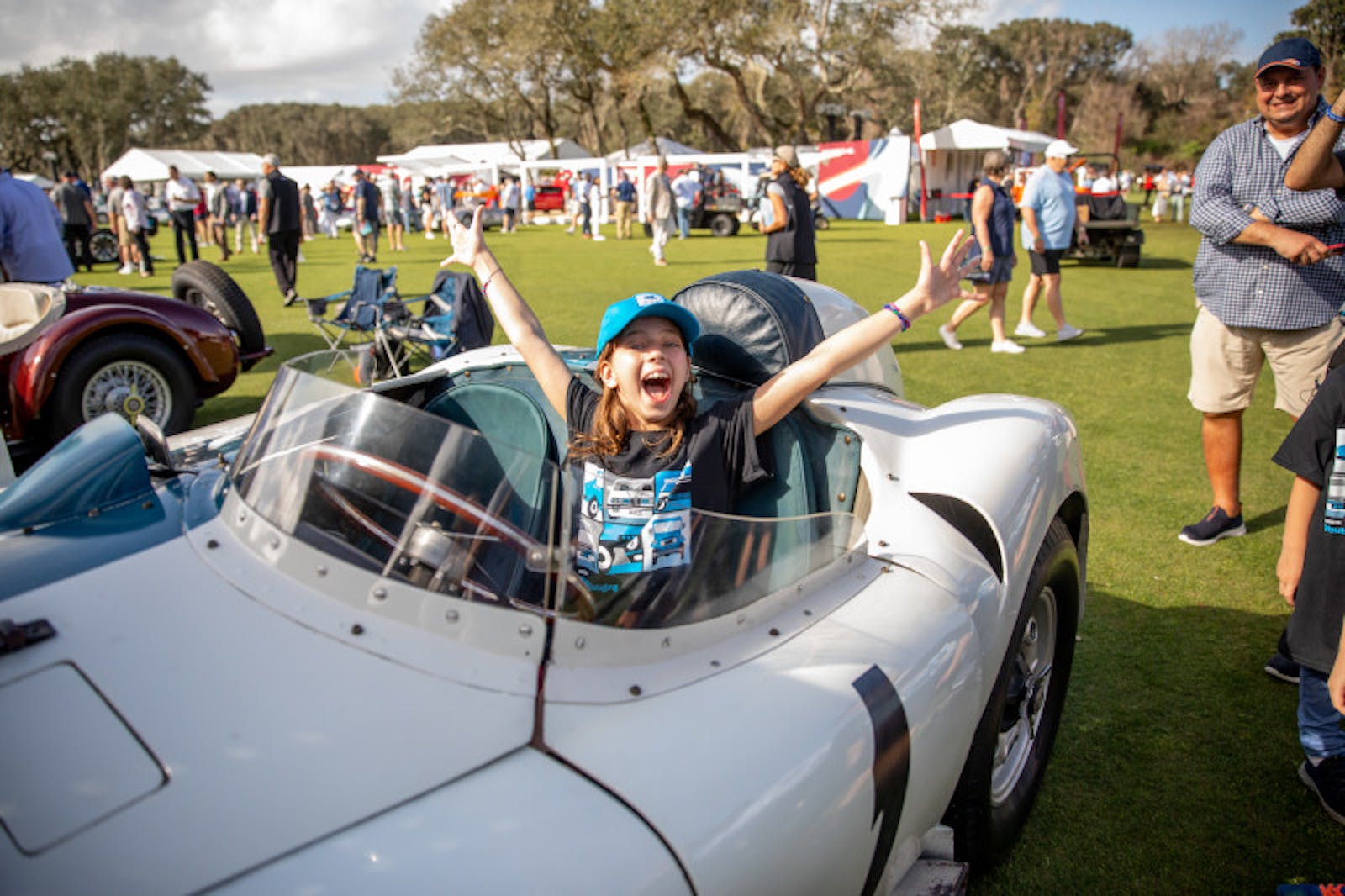 Get an insurance quote
A Story About
Share Leave comment
Read next Up next: Ford Bronco’s special Goodyear tires omit “Wrangler” branding