Velocity Invitational isn’t trying to be Goodwood, just the best car event in the U.S.

Few who have been to the Goodwood Festival of Speed or the retro-themed Goodwood Revival would disagree that the 11th Duke of Richmond puts on one hell of a weekend. Indeed, some consider the two events centered around the Duke’s baronial Goodwood Estate to be the best car festivals on the international calendar. The only problem is that they’re in England, far away from the U.S. which perhaps plays second (or third) fiddle in hosting motorsports events that both draw top-drawer vehicles and create a memorable visitor experience. Jeff O’Neil, the founder of the Velocity Invitational, wants to change that.

This past November 11–14, O’Neil, a California wine-industry jefe and vintage racing enthusiast, staged the first ever Velocity Invitational at the Weathertech Raceway Laguna Seca in Monterey, California, which he hopes will be the go-to event for the kinds of cars and crowds that Goodwood attracts. “I’m not trying to replicate Goodwood,” says O’Neill, who spent “multiple millions” to put on Velocity but didn’t go so far as to require participants wear vintage clothing. “This was an attempt to answer the question, ‘can we not make a beautiful, special experience for everyone?’ The canvas was blank in the U.S.”

Velocity, which offered gourmet food and wine tasting as well as a brace of pre-war Bugattis and Porsche 917s, drew 195 race cars, another 75 cars for display, and around 4500 ticket-purchasers for about 12,000 bodies through the turnstiles over the whole event. At times the cars in the VIP lot for participants exceeded those in the general parking for spectators, and O’Neill admits the event has a way to go to break even. Pushing costs up were a partial makeover of the track, including removing some trackside signage to tidy the place up and the erecting of long, white tents in the paddock to house the race cars by class, much as they do at Goodwood. Acres of bright green Astroturf and miles of white picket fencing gave the affair the feeling of a day at the derby.

Racers competed in 11 run groups plus several demonstration sessions, including two later-model McLaren Formula 1 cars, one of them a wailing V-10 powered 1998 MP4/13A which was reunited with its original driver, Mika Hakkinen. O’Neill was proud of the fact that the event secured six of the Ford GTs that have run at Le Mans between 2016 and 2019 (O’Neill owns one himself) as well as a 1955 Mercedes-Benz 300SLR out of the Mercedes collection. Your author drove a 1912 Packard in the pre-World War I class called Ragtime Racers.

O’Neill says his goal is to create a venue where owners feel comfortable bringing out the best of the best, some of which haven’t turned a wheel in 20 years or more. “Why in the world would you take a $4 million car and put it on a track with 50 other cars? People want to bring these cars out but they need the right forum.” By carefully selecting the participants—O’Neill says he maintains a strict “no assholes” rule—and limiting the grids to 20 to 24 cars, the Velocity Invitational can be such a forum, he says.

The Velocity Invitational evolved from the former Sonoma Speed Festival which ran in 2019 at Sonoma Raceway north of San Francisco. O’Neill says moving the event to November conflicted with Sonoma’s schedule, so he moved the event 150 miles south to the available Laguna Seca, where it is scheduled to repeat October 14-16, 2022, possibly with a theme centered around the forthcoming centennial of the 24 Hours of Le Mans. But going forward, the event will be about more than just old race cars, says O’Neill. For example, this year’s Velocity featured a hybrid-electric hypercar called the Czinger 21C, a 1350-hp two-seat limpet that uses extensive 3-D metal printing in its construction.

“We want to provide education, electrification, what is the future of cars in a carbon-neutral world,” says O’Neill. “We want to show the evolution of racing and speed and how it’s made cars better.”

Driving Celebrating the freedom of the open road from the U.K.’s Capital to Coast
James Mills 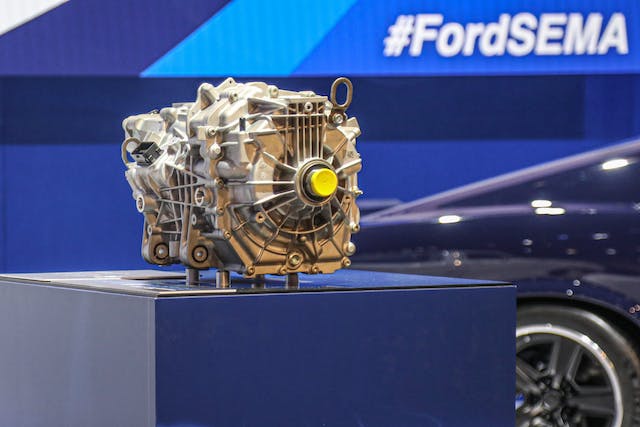