The Elegance at Hershey: Supremely sweet!

One of the great vintage car collectors of America, Pennsylvania’s John W. Rich Sr., or “Jack” as he was known, passed away on Dec. 30, 2011. His untimely loss was deeply felt by loving family members and countless friends alike. But on Father’s Day, June 16 of this year, his spirit seemed to permeate the event that he founded just a few months before his death: The Elegance at Hershey, which takes place in a town that prides itself as the sweetest place on earth.

Hershey is of course world-renowned for the Antique Automobile Club of America’s gargantuan Eastern Division Fall Meet, launched by a group of visionaries back in 1955, where aficionados and the lifelong faithful flock in droves from every corner of the planet. The nation’s chocolate capital is also host to a splendid car museum, another AACA brainchild currently celebrating its 10th anniversary.

While a newer kid on the proverbial block at the ripe old age of 3, The Elegance is nonetheless as dapper as the Great Gatsby himself, in settings reminiscent of the gardens of Versailles with, as a backdrop, the majestic Hotel Hershey, a befitting national landmark dating back to 1933. The general ambiance is one where history fills the air and gets joyfully celebrated. Surprisingly, The Elegance doesn’t brand itself as a concours, even though its glorious field of some 70 cars is among the highest caliber to be seen.

One of the early architects of the project, Mark Lizewskie, who curated Jack Rich’s Collection in nearby Frackville for 12 years and now runs the AACA Museum, explains: “The last thing we felt we needed was another concours. Sounds counterintuitive enough, but there were several reasons for this, including too many of them already in place that we didn’t want to interfere with. Add to this, growing sponsor if not collector fatigue, plus loads of volunteer work involved, with unknown guarantees for whatever charity would be designated as our beneficiary.”

But somehow, the stars seemed to inexorably align in the direction of a go, despite the initial reluctance to engage major resources in this sort of endeavor. Enter into the picture friends, colleagues and family members: including notables such as Steve Moskowitz, Executive Director of the AACA; uber-expert classic car judge, Dr. Paul Sable from Kutztown University; and, of course, Michael Rich, son of Jack, along with his devoted wife, Joannie. Other generous souls soon joined in, and a Board of Directors was formally established.

Minds and hearts linked by purpose and passion were now set to achieve Jack’s dream of creating classy fun for families to enjoy while supporting a worthy cause. For that part, juvenile diabetes was chosen: one well known to the Rich family with Michael hit by this disease during childhood and son Michael Jr. also a young sufferer. The plan was to have the first Elegance fest launched in June 2011 — no simple task considering the team had barely a few months to get their act together. By then into his 80s, Jack was in failing health. But fortunately, the man was in time to savor the first product of his vision with an inaugural edition of The Elegance.

There were close to 5,000 visitors having a grand time on this past Father’s Day, bonding with friends, making new acquaintances or just taking in the beauty and knowledge offered by the experience. Best of all, the financial gamble of raising significant sums of money for the founders’ social mission paid off.  The proof being (as always) in the pudding, the first two editions of the event netted more than $400,000 — an impressive amount considering such early beginnings, with most of the proceeds going to the Juvenile Diabetes Research Foundation, and the rest split between the AACA Museum and AACA Library.

Once again this year, The Elegance was coupled with an exciting vintage race nearby: The Grand Ascent, whose hill-climbing tradition in Hershey began in 1958, but whose genesis as a popular sport can be traced back as far as 1897 in France. Under the leadership of another Board member, David George, the 2013 climb featured some rare models from various eras, whose sounds and smells grabbed the senses and captured the imagination, again in the name of quality family fun, just like Jack had wished from the beginning. As Mark Lizewskie puts it: “We wanted to create a ‘happening’ inspired by the splendor and refinement of Italy’s Villa d’Este, including a limited number of exceptional cars in the field; while combining those aspects with a more gritty, hands-on, moving component such as the British Goodwood Festival of Speed.”

Of the 38 awards presented to finalists, the top prize, or Governor’s Cup, went to Robert and Sandra Bahre of Oxford, Maine, for their 1938 Alfa Romeo 8C-2900B Spider, an unrestored vehicle and a somewhat original choice by the judging team — a car much in the image of Jack Rich himself: high-performing, competitive, distinctive in every way and as authentic as they come. 1938 was the year when another great production appeared on the public scene: a movie called “The Big Broadcast of 1938.” It’s the whimsical story of a different kind of race between cruise ships competing across the Atlantic, in which Bob Hope makes his singing debut next to the lovely Shirley Ross, as the duo chants the much celebrated Oscar-winning tune “Thanks for the Memory.”

So in the same spirit, many thanks to you, Jack, for the memory. Your legacy lives on for all to enjoy. And as the song says: “Cheerio and toodle-oo,” until next June, that is. Many happy and elegant returns to the sweetest place on earth. 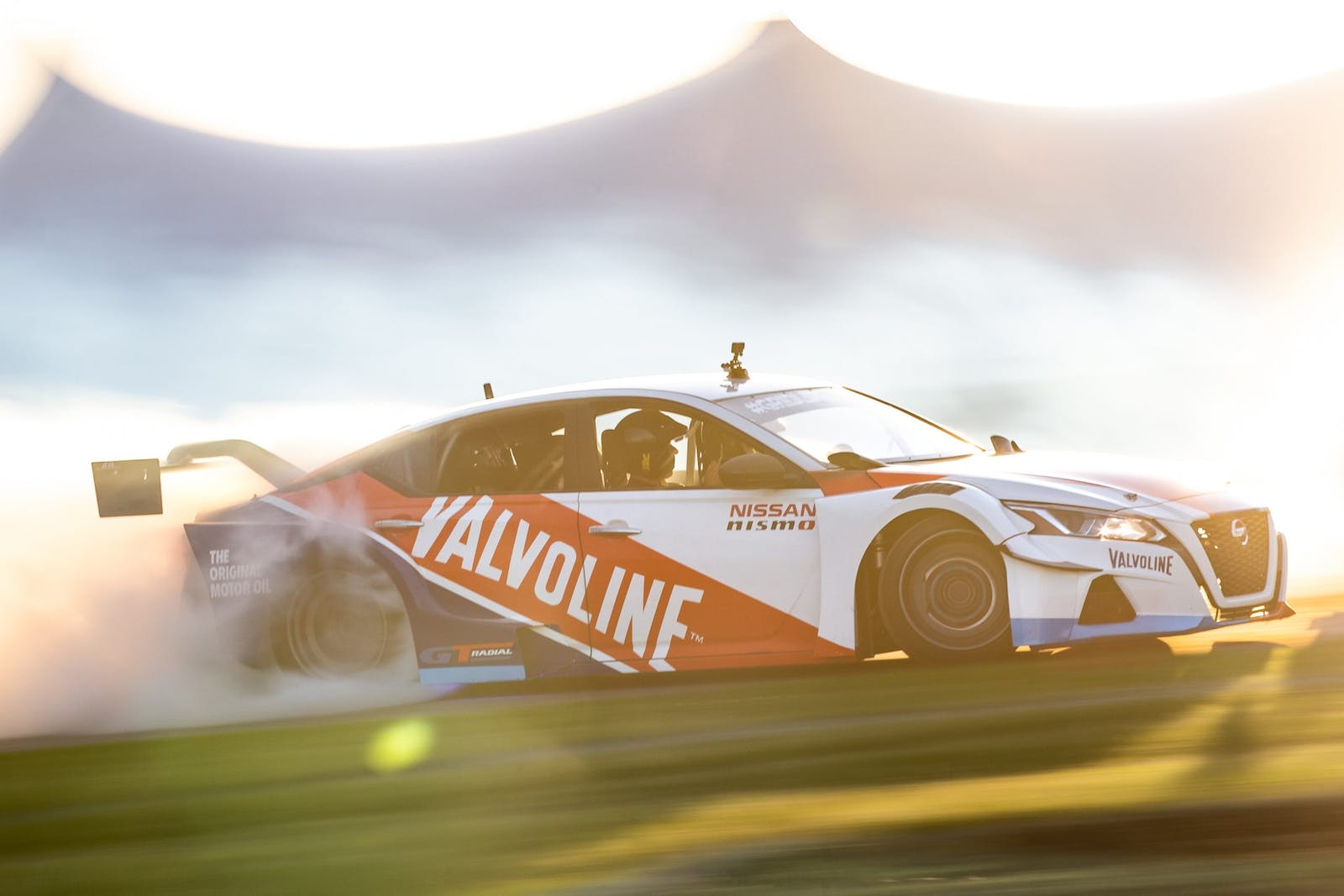 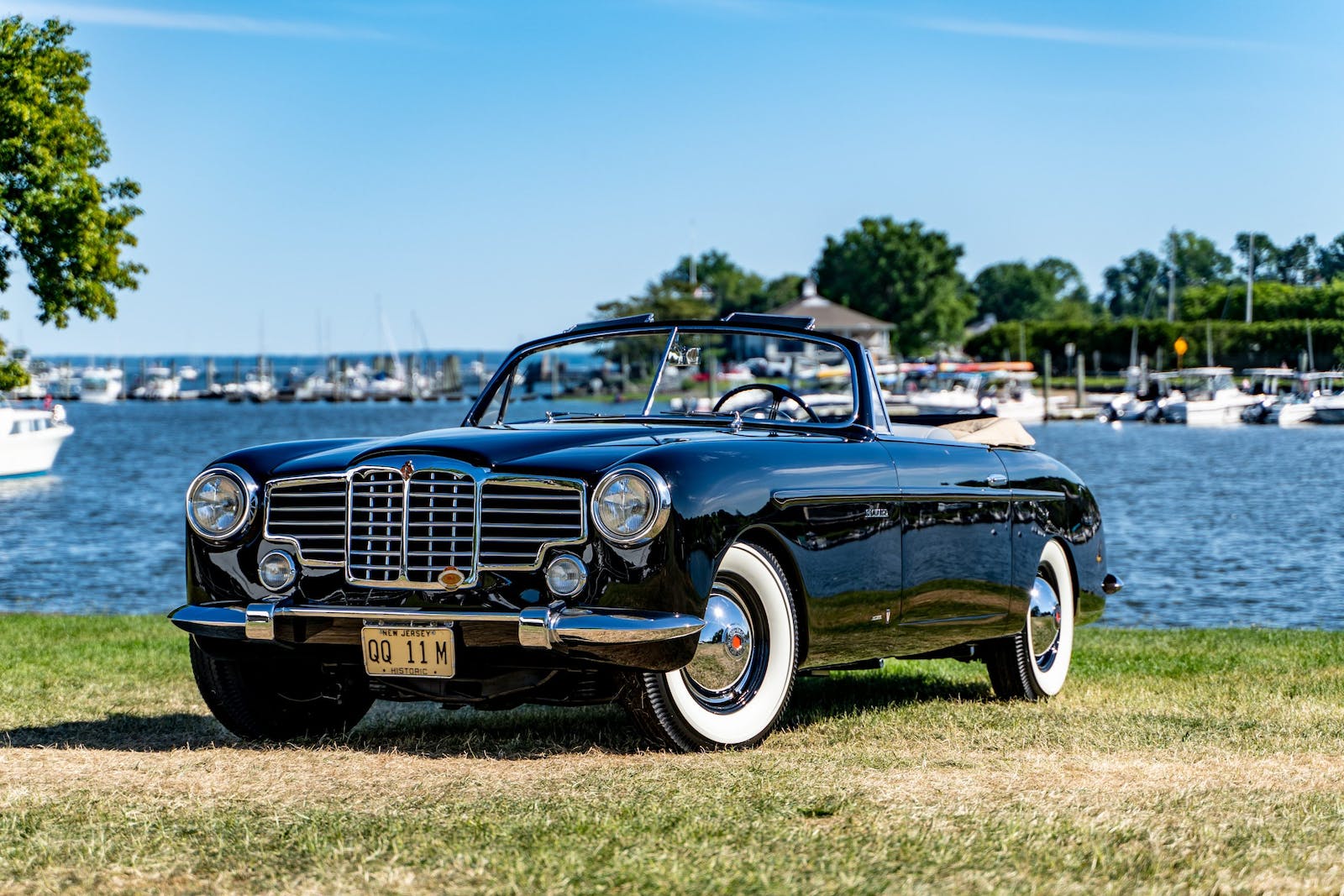