Gallery: Our favorite trucks and 4x4s from SEMA 2021

We’re on the ground at the 2021 SEMA Show, and what’s immediately clear is that any truck or 4×4 fan who makes it to Vegas this year for the big event will find plenty to salivate over. Classic, late-model, lifted, or lowered, you’ll find it at SEMA. We spent most of out time during the first days of SEMA by pin-balling from one amazing build to another, studying nearly every pickup, SUV, and 4×4 in the joint. Even still, we’re sure we missed some great stuff—SEMA is even more spread out this year than it has been in the past—but we did get to talk to several builders of some impressive metal. We’ll discuss some highlights first, but make sure you see the slideshow at the end where we are showcasing the trucks we love but only caught in passing.

To absolutely nobody’s surprise, the 2021 Ford Bronco is a star at SEMA 2021. It doesn’t take much to make the new rig look great, but this build by Kyle Delfel hit all the right notes—particularly the sunset fade graphics that nod to the full-size Bronco of the ’70s.

The three-row Wrangler Overlook concept looks every bit as good in person as it did when Jeep revealed it online. What that preview didn’t hint at was this wonderfully orange Jeepster Beach restomod that pairs the classic lines of a 1968 Jeepster Commando with the drivetrain and interior of a modern Jeep Wangler Rubicon JL.

Quadratec celebrated its 30-year anniversary by building this “YJL” that combines the style and powertrain of a YJ Wrangler starting with a current-generation JL Wrangler. The amalgamation of Jeep generations has the modern JL’s suspension, but the grille incorporates rectangular headlights. Quadratec didn’t stop there though, as the interior is also retro, wearing a dash full of round instruments. The biggest departure for the YJ era shows up under the hood, where you’ll find an AMC inline-six instead of Mopar’s Pentastar V-6. The 4.7-liter stroker makes around 300 hp like the 3.6-liter it replaced, but with more low-end power thanks to its added displacement.

Sara Morosan of LGE-CTS is used to building SEMA feature vehicles for Ford, but this one was constructed specifically to highlight the bumpers and body armor now available from her company, Baja Forged. The parts are fabricated from tubes, giving them an appropriate look that fits the Bronco’s desert-taming legacy. The Bronco uses a Baja Kits 0-3-inch lift that uses Fox 2.5-inch coilovers and includes billet aluminum front upper control arms and a billet aluminum lower rear control arms.

Kenneth Kreuger from Kreuger Customs in Littleton, Colorado, put this AMC Eagle/Jeep Wrangler JL hybrid “Jeagle” together in three months. The unibody Eagle body and inline-six powertrain was dropped on top of a 2012 Jeep Wrangler Unlimited chassis that was shortened 6.5 inches.

Bodyguard Bumpers also makes burly armor for the new Bronco, using mainly 10-gauge sheet steel. This Rapid Red Bronco is wearing front and rear bumpers, along with a flare delete and spare-tire delete from Bodyguard Bumpers. The spare-tire delete lets Bronco owners, who have relocated their spare inside, operate their tailgate without the weight while retaining their rear camera. Likewise, the company’s new front bumper relocates the camera to the Baja Bar so that the view isn’t obstructed by the bumper or winch.

Randy and Sydney Weaver from Weaver Customs always bring something interesting to SEMA, and this year it’s this matte metallic Jeep Wagoneer that’s powered by a turbocharged LS V-8.

Arkonik’s striking Land Rover Defender is a show-stopper and features Italian leather upholstery over Recaro bucket seats. Each of their creations—they build 70-80 per year—starts with a donor they source. Each Land Rover is then stripped down to bare metal and receives a new bulkhead and is rebuilt from the frame up to the customers’ exact specs at the company’s facility in Europe before they are shipped to its facility in Charleston, North Carolina, where an LS3 V-8 and matching six-speed automatic are installed. 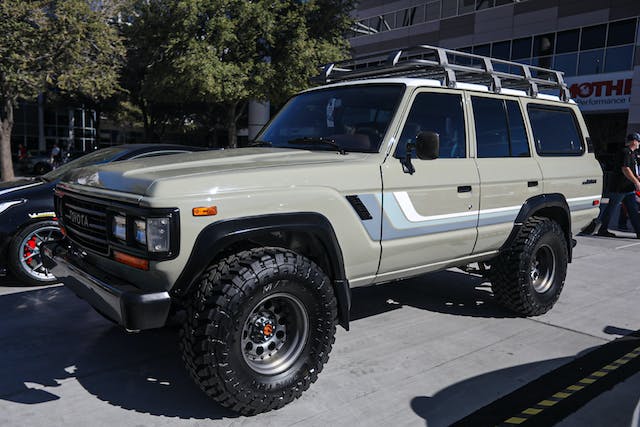 We saw more amazing trucks than we could possibly mention, so please take a minute to see these beautiful builds in the gallery below! 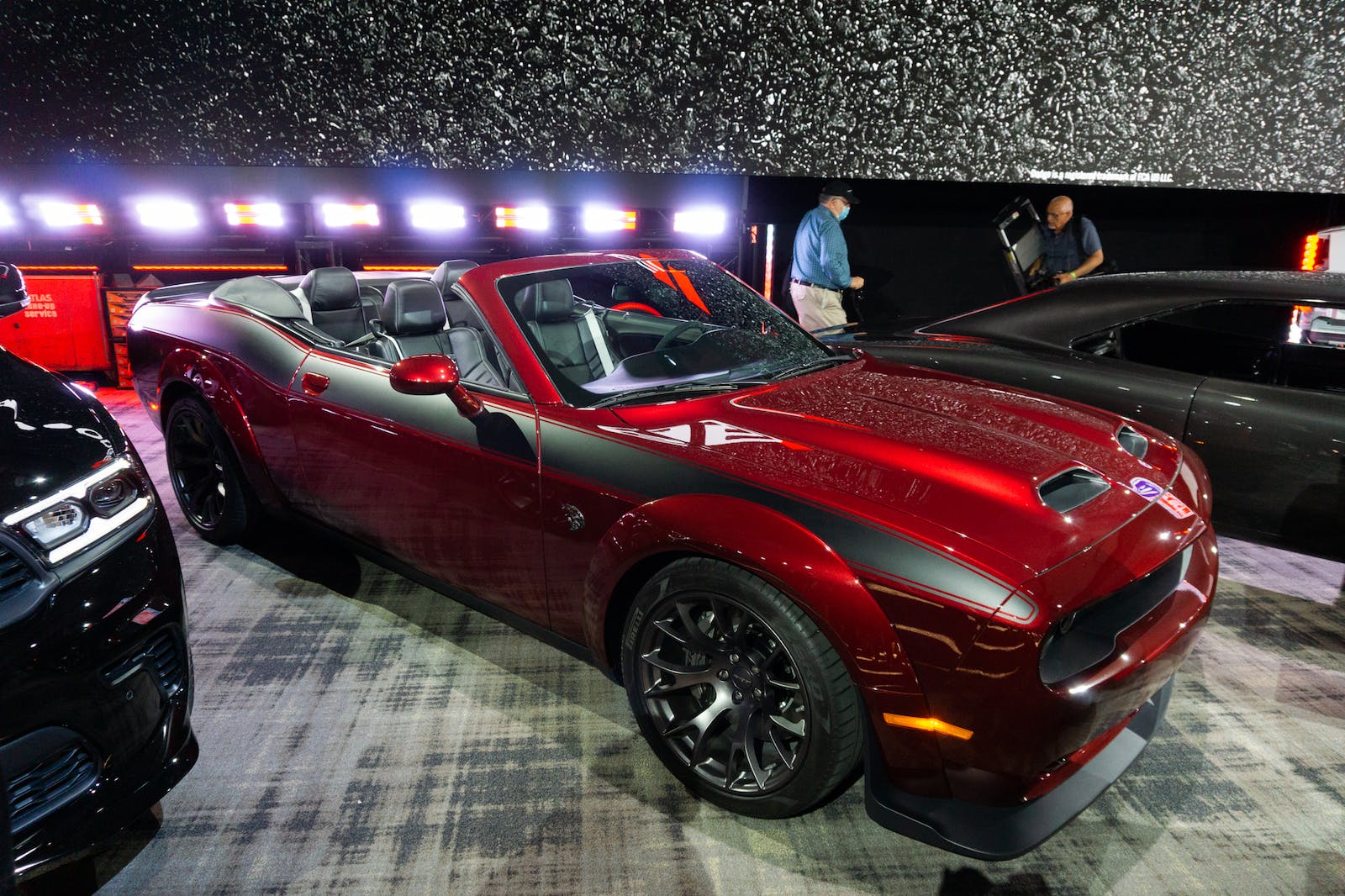 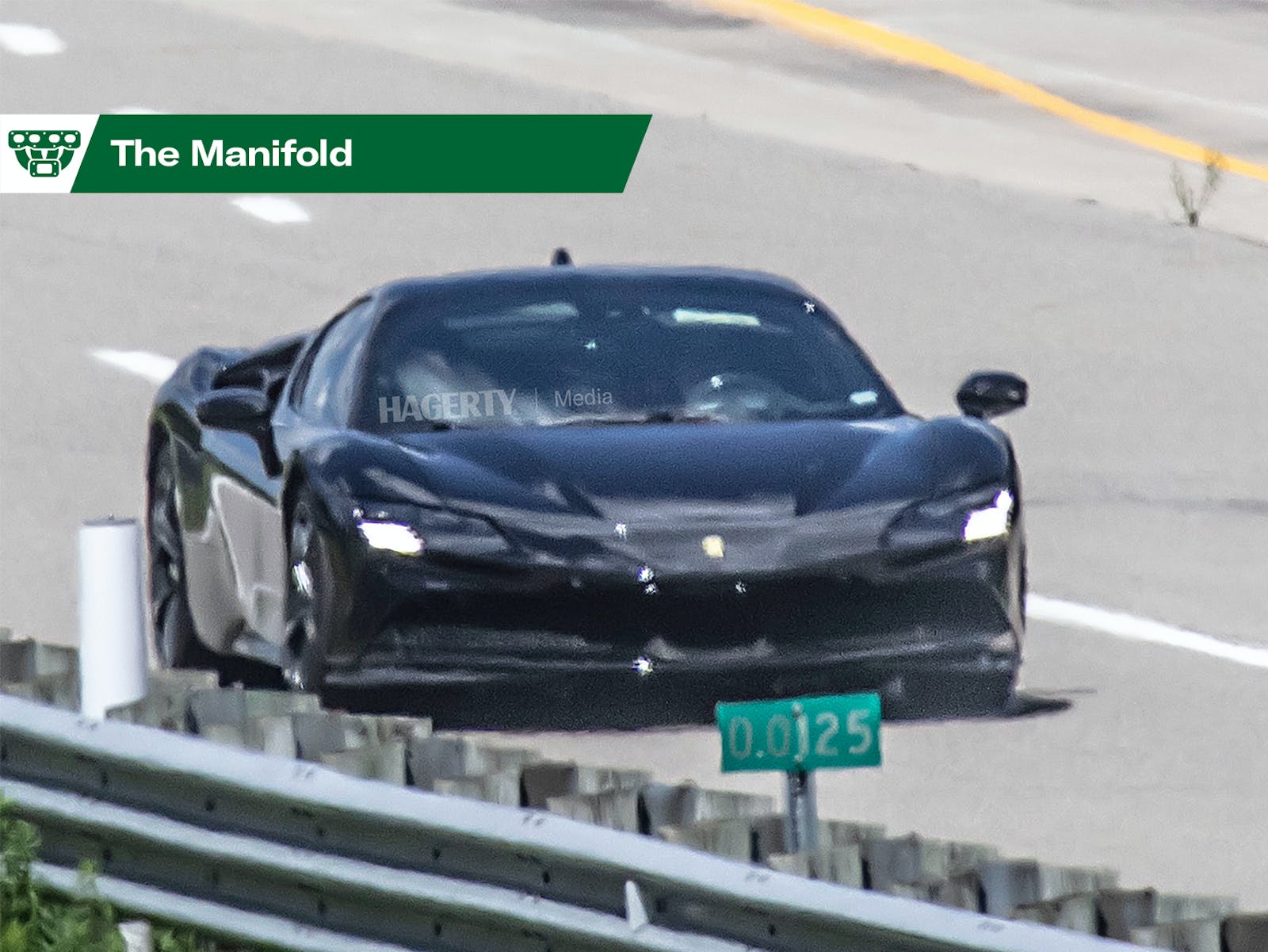