Hidden away in the heart of London is the grounds of the Honourable Artillery Company. It’s an oasis of lush green lawns in the concrete-and-glass jungle of the city’s financial center.

It’s also about the least likely location for a car show. Each vehicle (excluding the handful of EVs on display) at the London Concours has to pay the city’s congestion charge, and owners of modern classics have also coughed up to enter London’s Ultra-Low Emissions Zone. Visitors arrive by bicycle, bus, and tube, not by motor car.

Once through the elaborate entrance, it is an extraordinary scene: over 80 vehicles clustered in themes throughout the vast open space, the city’s shiny towers looming above. There are concept cars, supercars, American giants, Astons aplenty, Japanese gems, prewar Brits, and a whole section of lawn dedicated to Mercedes-Benz.

Our eyes, however, are drawn to these more unusual automobiles …

Built as support car for the Goodwood Revival, this Silver Shadow was converted by Clark & Carter of Essex for its owner to arrive in style with his classic race car in tow. It seems almost a shame to sully that big flatbed with greasy tools, but at least they’d be hidden under the classy, full-length fabric tonneau.

This big Benz also boasts a racing pedigree. Connaught Formula 1 driver Kenneth McAlpine was one of just 12 buyers to commission Crayford to convert his 300 SEL into an estate. Crayford apparently used the rear glass and panels from a lowly Ford Granada in the process, but a 6.3-liter V-8 made it one of the fastest load luggers of its day.

Ron Hickman, designer of the Lotus Elan +2 also sketched a shooting brake version of the little Lotus in 1967, but it was never produced by the company. That didn’t stop one enthusiast from tasking specialist Paul Matty with the job of building one, however. Based on a 1974 +2S 130/5, the car features an aluminum Shapecraft roof bonded to the fiberglass body with glass shaped to order by Pilkington.

25 years ago this was the future, according to Mercedes-Benz. The F200 Imagination concept, first displayed at the Paris Motor Show, previewed an electro-transparent roof that would later appear on a Maybach, butterfly doors we’d see on the SLR McLaren and Active Body Control suspension that went into production with the 1999 CL. The crazy “Sidesticks” control system thankfully never made it.

Typical, isn’t it? You go a whole lifetime without ever seeing a Toyota 2000GT, and then you come across two in the matter of just weeks. Having spied a glorious red example at the Hagerty Hill Climb, we couldn’t miss this wonderful white car. One of just 351 2000GTs ever built, the car was sold new to an owner in Mozambique, spent some years in Portugal, and then was fully restored in 2012.

The first Mazda ever to be powered by a rotary engine, the Cosmo might just be the most beautiful as well. This car is a Series 2, featuring a more powerful 0813 engine with 128 hp and has been restored by Mazda UK for its Heritage Press Fleet. We’ll be angling for a drive in it soon …

No finer fins were on display than this ’59 Caddy’s. The Eldorado Biarritz is believed to be one of just 500 remaining from a run of 1320 cars and boasts bucket seats and a stunning Persian Sand metallic paint job. It spent much of its life in Chicago’s Tony Siciliano Collection before crossing the pond.

A whole nest of Spiders was on show, but this Abarth was an unfamiliar sight. Based on a Fiat 2100 saloon, it features a six-cylinder, 135-hp engine and was quite the grand tourer. Styled by Michelotti with coachwork by Serafino Allemano, the 2200 Allemano was Abarth’s attempt to move upmarket, but the marketplace didn’t respond and as few as 30 examples are believed to have been built.

An honorable mention must go to this immaculate XK120, which was not part of the Concours itself but instead parked on double yellow lines outside on City Road, picking up parking tickets and sticking two fingers up at the establishment. Bravo. 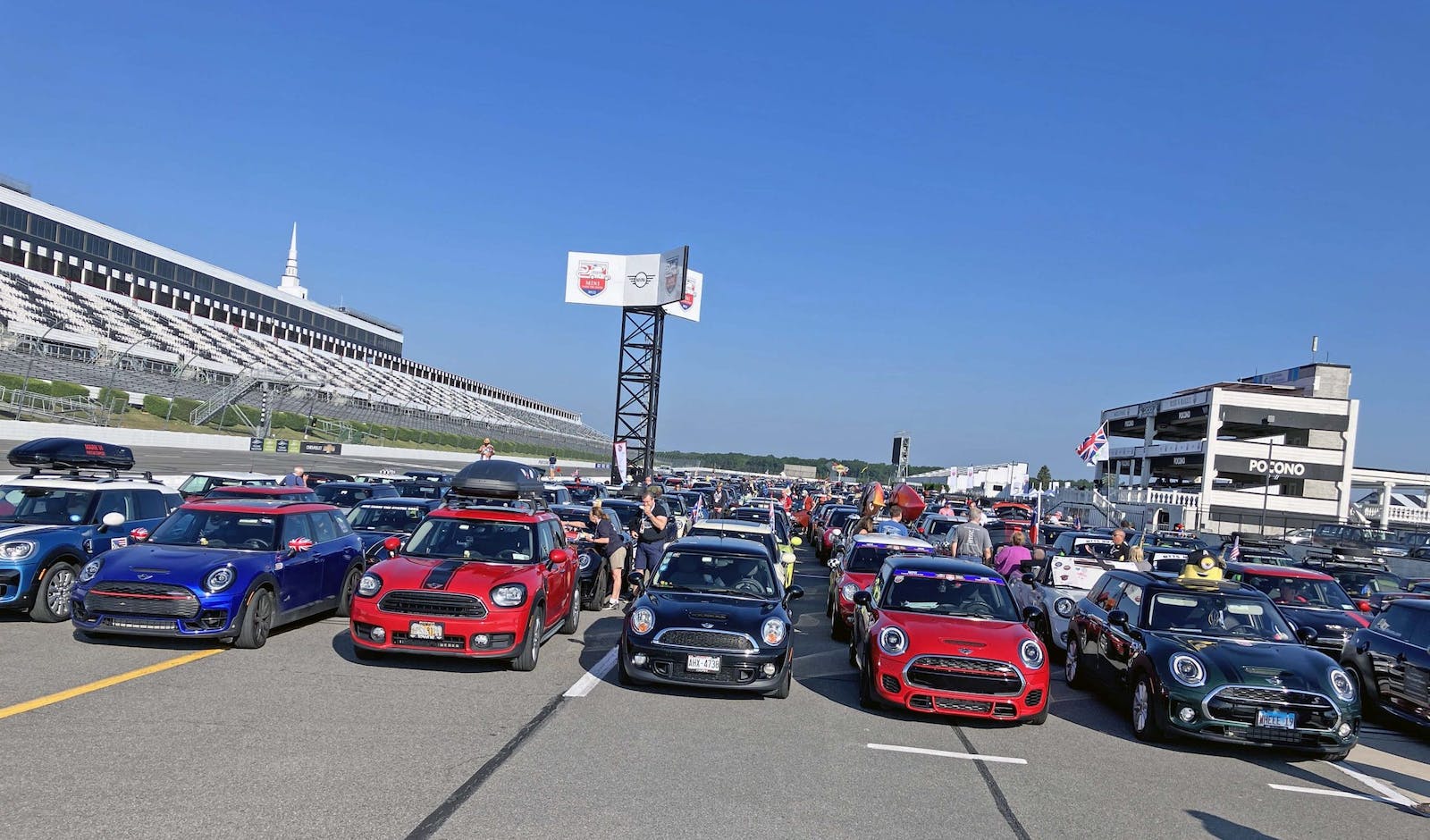