With the era’s racing films and road movies, James Bond and Bullitt, the 1960s gave us the genesis of the modern action film, but the decade that followed defined and refined it. Stunts and stunt driving were more impressive than ever, and there was a boom in road movies and car chases. The 1970s is remembered as one of the best and most innovative decades in film, and cool cars were essential to this cinematic evolution.

Road films like Bonnie and Clyde and Easy Rider had been watershed moments in film history, and so the late ’60s through the early ’70s became a particularly prolific period for the genre: they reconfigured the western, trading in horses for cars. The American psyche had been fundamentally altered by a tumultuous period, from assassinations to the Vietnam War, and films reflected this change, abandoning the peace and love era for the new decade’s darkness, disillusionment, and fascination with antiheroes. And so the car-centered movies of the early ’70s would be defined by rebellion and wanderlust and loners on the road in search of new frontiers in dusty muscle cars.

Advances in technology also helped shape and pave the way for great films with equally great cars. Films like Grand Prix and Bullitt changed how vehicular action was shot, bringing about the advent of camera cars and the ability to put real people in real cars on a real road, meaning rear projection was slowly becoming a thing of the past.

These circumstances would come to a head 50 years ago in 1971. It was the perfect storm of road odysseys, gripping car chases, and spectacle, a year that gave us some of the best star cars of all time. Splashed on screen was an embarrassment of riches from James Bond’s 1970 Ford Mustang Mach 1 to Kowalski’s 1970 Dodge Challenger.

In Richard Fleischer’s film, George C. Scott plays Harry Garmes, a getaway driver in a Bullitt-esque black turtleneck who comes out of retirement after nine years for one last job. (We all know how that goes.) Garmes has a symbiotic relationship with his car, a rare 1957 BMW 503 convertible that was clearly a beloved relic from the peak of his career. This BMW is doubly special, as there were only 413 built from 1956 through 1959, and only 139 of these were convertibles. Fleischer showcases this unique car with lovely footage of Scott driving it around the Portuguese and Spanish countryside, as well as a solid chase where Scott is pursued by a pretty white ’69 Jaguar XJ6 and a ’69 Dodge Barreiros Dart.

Le Mans was Steve McQueen’s long-gestating magnum opus about the greatest endurance race in the world. Lee H. Katzin’s documentary-style film was shot on the Le Mans circuit during and after the race, with real race car drivers, at speed. It was a massively expensive and troubled production without a script, but it paid off with some of the best racing footage ever filmed. It also boasted a star-studded cast of cars: Ferrari 512s, Porsche 917s, and a slate gray 1970 Porsche 911S not unlike the 1969 Porsche 911S that Steve McQueen had at home in America.

Diamonds Are Forever boasts a moon-buggy chase through the desert, a yellow 1970 Triumph Stag, and the briefest cameo from a ’68 Aston Martin DBS, but its true star is a red 1971 Ford Mustang Mach 1. The Mustang was brand new at the time, given to the production by Ford. James Bond takes it for a ride through a flickering-neon Las Vegas while pursued by a fleet of police cars with a luminous Jill St. John in his passenger seat. Bond finally eludes the sheriff by driving the Mustang on its side, improbably skating through a narrow alley on just two wheels. In an infamous goof, the car emerges from the alley on the wrong side—but no one really watches James Bond movies for their realism.

Our introduction to loose cannon Harry Callahan (Clint Eastwood) finds him battling bureaucracy to try and take down a sniper called Scorpio. Harry earned his nickname because he “gets every dirty job that comes along,” and he finds plenty of these dirty jobs while cruising the streets of San Francisco in his unmarked prowl car, a midnight blue 1968 Ford Custom 500. During the ’60s, the Ford Custom was a popular model for police, as it was a powerful car at a reasonable price point. (The Galaxie was a bit too luxe.) In his Ford Custom, Harry looks for trouble or creates some of his own, usually taking the law into his own hands, whether he’s catching robberies in progress or hunting Scorpio.

In Monte Hellman’s existential road movie, the American dream is elusive, defined by one of its characters as a place where “the nights are warm, and the roads are straight.” The film follows its lonely characters as they race cross-country for each other’s pink slips. The Mechanic (Dennis Wilson) and The Driver (James Taylor) drive a souped-up 1955 Chevy One-Fifty two-door sedan, with Warren Oates as GTO in an Orbit Orange 1970 Pontiac GTO. Screenwriter Rudy Wurlitzer explained that the bright orange GTO is “the consumer car par excellence, a metaphor for the consumer culture. It’s absurd, but in a great way,” whereas the Chevy is “the artist’s car, made and created by people who are in love with the process of building a car.”

Execs thought the movie would be boring because it was all shot inside a car, so Hellman countered with a diagram illustrating how he could shoot 24 different angles. Though Two-Lane doesn’t provide the adrenaline rush of, say, The French Connection, Hellman demonstrated just how good a car can look on film.

The film that launched a thousand car chases. With The French Connection, William Friedkin established himself as the master of the chase. Popeye Doyle (the legendary Gene Hackman) commandeers a 1971 Pontiac LeMans to pursue an elevated train. In an attempt to create a documentary feel, Friedkin’s approach to filming was extremely reckless, with no streets blocked off or permission from the city to shoot. He had stunt driver Bill Hickman (also of Bullitt fame) in the driver seat going up to 90 mph for 26 blocks. What results is a perfect synthesis of character and story, an illustration of Popeye Doyle and his indomitable drive. The French Connection and its chase were so influential they became an aspirational template for modern crime and action films.

Richard Matheson was inspired to write his story about extreme road rage after his own terrifying experience nearly getting annihilated by a massive truck. This became Steven Spielberg’s immaculate feature-film debut, his horror riff on the road movie and a precursor to Jaws. Duel’s David and Goliath story pits a red 1971 Plymouth Valiant, an underdog of a car driven by everyman Dave Mann (McCloud’s Dennis Weaver), against a hot-rod 1955 Peterbilt 281 tanker. This invulnerable truck is operated by an unseen, possibly supernatural force. (In truth, seasoned stunt driver Carey Loftin of Bullitt fame was behind the wheel.)

Another existential road movie and elegiac to the counterculture of the 1960s. Where Two-Lane is pared down and unsentimental Vanishing Point is romantic, mythic, tragic. In it, car delivery driver Kowalski (Barry Newman) bets he can make it from Denver to San Francisco in under 24 hours. In doing so, he catches the attention of every cop in between and inadvertently becomes “the last American hero,” at least according to Cleavon Little’s disc jockey Super Soul. Kowalski’s “soul mobile” is a white 1970 Dodge Challenger R/T 440 Magnum, an instant icon that Quentin Tarantino paid tribute to decades later in his 2007 film Death Proof. 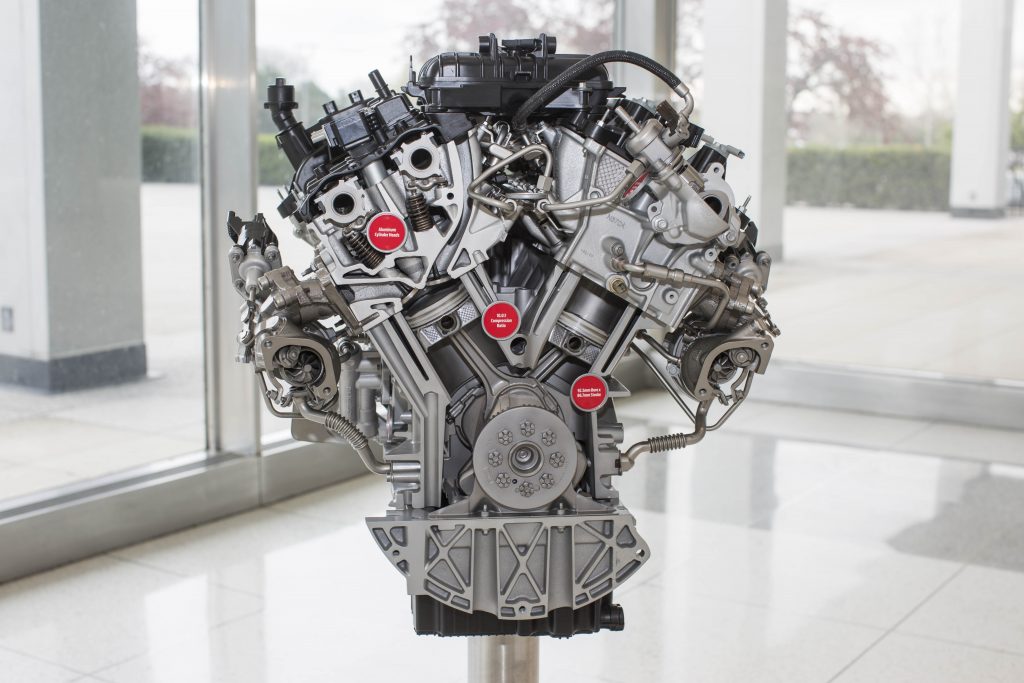 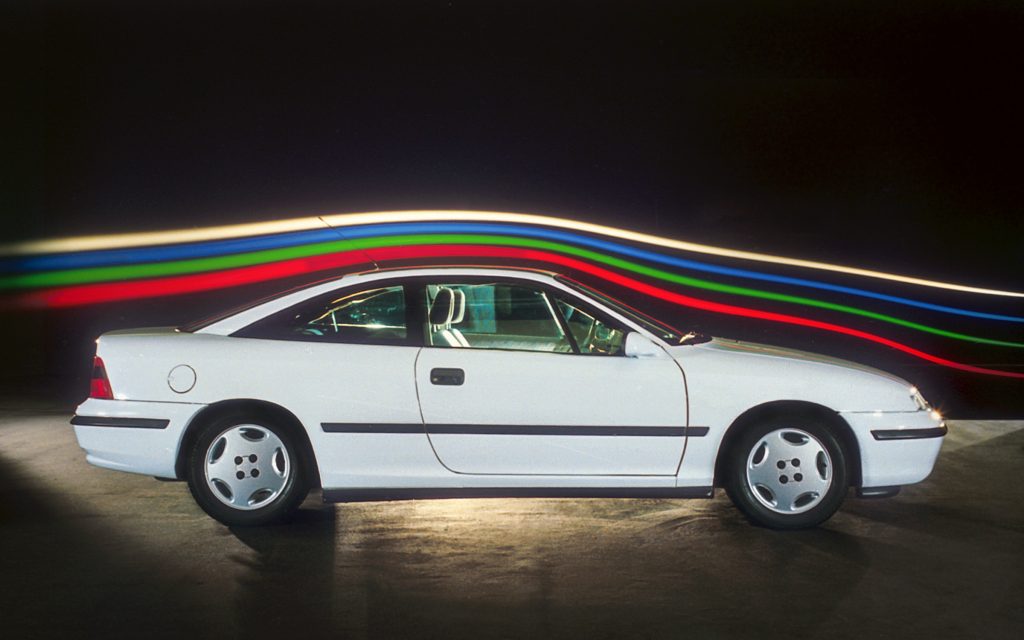