I am Bryan Salesky, the CEO of one of the world’s largest self-driving car companies.

I go to muscle car shows on the weekend. I am an obsessed fan of MotorTrend TV, and I believe in Hagerty’s mission to never stop driving. I drive a pickup myself. The feeling of driving, of making your own choices, charting your own course, is a deeply human need. I crave it, and I know there are millions of people like me. Yet, I still started a company that is developing self-driving technology.

It’s pretty simple, actually. For me and my co-founder and friend, Peter Rander, it’s about the safety of our loved ones. There has been an extensive and impressive list of improvements to the automobile over its history—today’s cars and trucks are just incredible—but I think we’ve reached a plateau in terms of lowering the number of crashes that occur on our roads that result in completely unnecessary deaths and injuries.

While there are many of us who consider ourselves to be “good drivers,” the fact is that there are now too many factors competing for our attention and requiring new levels of skill. Just as the automobile has changed significantly over time, so has the world around the car, such as there being more of them on the road, in addition to things like smartphones and fast-moving scooter riders, which are now a part of our lives whether we like it or not. Many of our streets are more complicated than ever, and unfortunately, many people want to do other things besides concentrate on the driving task at hand.

That’s why we started Argo AI in 2016. We want to make getting from place to place safer, plain and simple. It’s about giving you the freedom to choose to drive when you want to and avoiding the times you don’t find it enjoyable.

The technology we’re building encompasses a suite of sensors—lidar, radar, cameras, and even microphones to listen for emergency vehicle sirens—and the high-performance computing system to process all the data. Together, this gives our vehicles the ability to sense and interpret the world around them in 360 degrees, looking out more than 400 meters, day and night. Our self-driving cars can sense and classify all static and dynamic objects, track and predict their behavior, and plan a course to safely drive to their destination. Our technology never gets exhausted or drunk, never gets distracted, and is always getting smarter—findings from each vehicle get shared with the entire fleet.

There are, after all, a lot of times when driving can be a pain: traffic jams, downtown areas with no parking, late nights when you’re tired. Our goal is to give you the choice and to bring more fun into the moments when you really do want to drive.

But before we dive into why you shouldn’t be concerned about the future of driving, let’s define exactly what we mean by autonomous driving, because there is a lot of confusion out there. For us, it’s very simple. Autonomous driving technology—or self-driving vehicles—enables travel from points A to B without you having to take control or monitor the road ahead in preparation to take over. The experience that you, as a passenger, have is similar to riding on a train or plane: get in, sit down, and leave the operation to somebody, or something, else.

If you have to sit in the driver’s seat and do any driving yourself or stay engaged in the task, that’s not autonomous driving. And that’s where things get confusing, because a lot of driver-assistance technologies available on cars today, like adaptive cruise control and lane-keeping aid, get referred to as autonomous and self-driving. To be clear, they are not.

We are partnered with Ford and VW, companies which see the future the same way and invested in Argo to integrate our technology into some of their vehicles for deployment into ride-hailing and delivery services across big cities in the U.S. and Europe. The name of the game is options. Drive yourself or be driven. Own a car or don’t. We’re expanding the menu so you have more freedom, and we believe that will turn into a big business.

But wait a second. Does this mean human-driven cars will disappear?

I don’t think they will, and I say that based on both personal feelings and reality. But let’s put my personal driving enthusiasm to the side and focus on the reality. First, drivers cover approximately 3 trillion, with a T, miles per year in the U.S. alone. That is a lot of miles to automate! And here’s the deal: The way this technology is developed, we solve for small subsets of those miles at a time. Self-driving technology doesn’t just one day “work” and our vehicles magically operate on all roads across the country. The current state of technology—everything from the performance of sensors to software development to the cost of putting it all together in a car—means that we will solve for specific use cases now and expand capabilities and operating areas as the technology evolves. We’re first enabling self-driving cars to operate in city centers, in commercial services, because it suits the capabilities of the technology.

Second, this technology will be rolled out in a gradual way, especially in comparison to how new cars come to market, which is pretty much as soon as production starts. What you’ll see with self-driving cars is the introduction of modest-size fleets in a couple of city centers over the next five years, followed by expansion of the operating area within those cities toward the suburbs, in parallel to additional cities coming online, again starting modestly and growing. I can’t put a time frame on it, but I do know it’s going to take decades to roll out the technology before it is anywhere near ubiquitous.

The reality is that the emergence of autonomous driving does not mean the end of driving as we know it, because it will be applied in ways that enhance and integrate with human-driven cars and trucks on the road today. The technology we’re developing will allow fleets of autonomous vehicles to serve cities, where driving is tedious, traffic piles up, and there are a lot of fender benders or worse. We’re also about providing access to transportation versus ownership of it. So, for people living in or visiting cities where it’s expensive to own and insure or rent—plus park—a vehicle or have a meal delivered, we’ll be helping to make riding and delivery a safer and more affordable option.

Imagine a ride-hailing service that offers a consistent experience, from a clean and comfortable interior where you can set the temperature and radio stations, to driving skill that gets better each week from learnings based on the entire fleet’s knowledge. Or think about the small business that can’t afford to pay for delivery services, thus limiting its growth, and how autonomous delivery vehicles could be an affordable solution. Along with better safety, these are the realities of what self-driving technology can do.

But here’s something important to know: It’s going to take awhile because we want the technology to be safe, reliable, and trustworthy. After all, that has been our primary goal from the start.

So, from one driving enthusiast to another, I urge you to keep an open mind when it comes to this technology. It’s not about taking away the steering wheel. It’s about unlocking even more freedom and choice that the automobile has already granted us all. 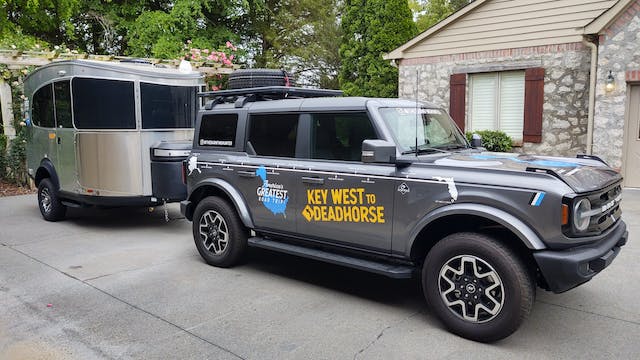