We celebrated Collector Car Appreciation day last week, on July 9, but we thought we’d continue the festivities all week with a series of articles showcasing the majesty of the automobile and its hold on our imagination. What better way to kick that off than a window into our own garages? You may well be familiar with some of these cars already, to say nothing of Tom Cotter’s famous Ford woody wagon, Aaron Robinson’s minty Lamborghini Espada, or editor Larry Webster’s Lotus Evora GT. Go ahead and join in on the fun by posting a photo and description of your car in the Community comments below; who knows, if it catches our eye you just might hear from us. — Eric Weiner 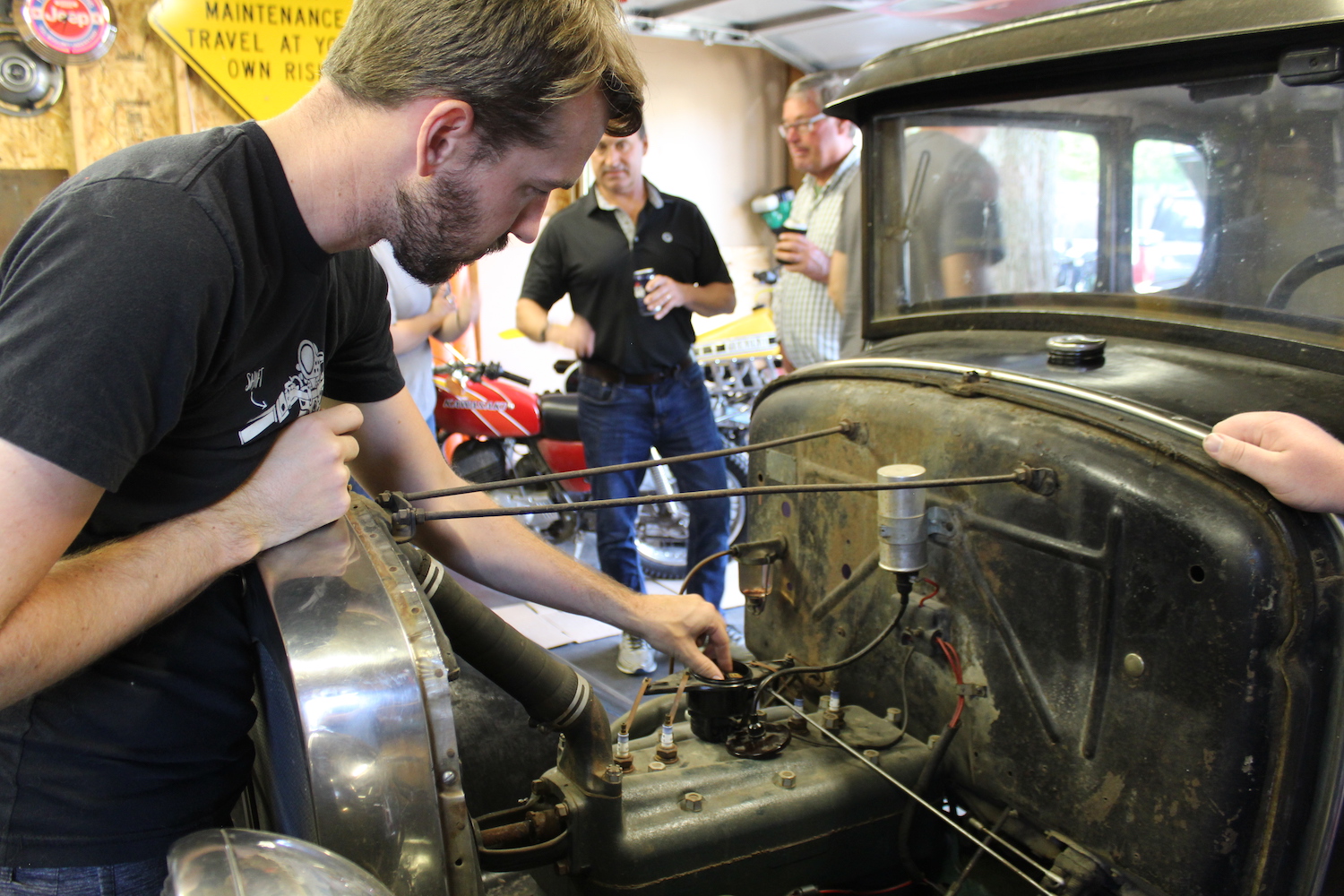 It’s a bit crusty around the edges, but all of that is character when you consider the history. This 1930 Model A Ford was purchased by my father in 1968 and had never left his possession until I plucked it out of the garage in Kansas and brought it to Michigan for a new lease on life.  It runs and drives again after some tune-up and brake work. There is still a long path to being ready for regular use, but that’s okay. I’m just happy to have it. — Kyle Smith

I’m not known for making the most intelligent car purchases in the world—hey, in the early ’80s I bought a crappy Renault Alliance, mostly based on Motor Trend’s BS “Car of the Year” award. So while my 1967 Triumph Spitfire has had its share of mechanical and electrical issues (surprise, surprise) since I bought it in 2008, it’s linked to plenty of fond memories too. The Spit is definitely built for summer cruising, especially on a twisty road along the lakeshore, and it has been known to spark some interesting conversations. Even Jay Leno walked over to chat about it at a summer meetup, Hagerty’s Cars & Caffeine, a few years ago in Traverse City, Michigan. Can’t beat that. — Jeff Peek

I own a pile of perforated sheetmetal that resembles a 1972 BMW 2002tii. I paid $1800 for this thing at the height of the pandemic, almost by accident, intending to part it out. It had spent 10 years rotting in a driveway and lived through at least one saltwater flood, and most of the body was just … gone. I drove it to California last summer, from Tennessee, then turned around and drove back, for giggles. Of the more than 20 ancient BMWs I’ve had, this is easily the worst, but it’s also the most charming. The resurrection story has been told on this site over thousands of words, so I won’t bore you with it here. Takeaway: Bring home ugly dogs. They need us, and we need them. — Sam Smith

A 1986 Volvo 240 wagon ushered me, then a 23-year-old, into the world of vintage car ownership in the friendliest way possible. It cost a mere $3500. When I bought it in February of 2020, its odometer showing 232,000 miles, my daily was a hand-me-down Infiniti EX35 Journey. I was looking for a cheap, low-maintenance classic with a bulletproof powertrain (given my apartment lifestyle and lack of wrenching experience) that still had enough rough edges to let me sample the DIY experience. This sun-faded Volvo, which I christened Odin, arrived in Michigan from Oregon on a trailer mere weeks before the world shut down. I taught myself to drive stick on it, and, in two-plus years, it’s made lockdown-era jaunts to local state parks, AC-less treks to two Great Lakes, multiple trips moving myself and friends, and countless around-town errands in all seasons. Since selling the Infiniti a year ago, I’m shopping for a sportier addition to the driveway, one with CarPlay and robust air conditioning—but this Volvo’s dogged faithfulness has won my heart. At 253K and counting, it isn’t going anywhere. — Grace Houghton

My wife and I picked up this 1998 Mitsubishi Montero from a colleague last April. We wanted a 4×4 that could handle the endless seasonal roads of Northern Michigan and beyond. A Toyota or Jeep seemed too … obvious. This thing’s uniqueness within the Traverse City area puts a smile on my face more often than I expected. With each passing week, I grow to love this old school green machine even more. We haven’t been able to get out and camp as much as we’d like, but knowing that we have a home base right atop the vehicle means bugging out for a weekend is just a few bags and boxes away, and that feeling is liberating. — Nathan Petroelje

A car I’ve wanted ever since I was 16 (which just happened to be the year it first came to the U.S.), my 2005 Lotus Elise is uncomfortable, impractical, hot, and there’s no way to get out of it without looking silly. But that’s all easy to forget once I point that unassisted Momo steering wheel at an apex and hear the wail of that eager Toyota four-banger behind the seats. From a pure driving perspective, it has ruined a lot of other sports cars for me. — Andrew Newton

My 2006 Mini Cooper was purchased when the next generation of Minis were already on the boat. But the dealer, squeezed into a tiny showroom downtown, needed space and sold me the car for under list, which was unheard of then, back when Minis were selling for over sticker. It’s just a base car—stick, air, boring wheels—and I customized it by adding a set of WeatherTech mats and new tires, as the OEM rubber was wanting. I keep driving new Minis as part of my job, and I like them a lot, but they aren’t a drastic improvement over mine, especially since it has just 35,000 miles on the odo. It was my last new car, and may well be my last new car, ever, given the current average transaction price of $47,000. — Steven Cole Smith

Recently added to my stable alongside my beloved BMW Z3, this 2016 Volvo V60 Polestar might just be my favorite daily driver I’ve ever owned. With 345 hp from a transverse (!) turbo straight-six, it is fast, practical, track-capable, and rare, all while flying under the radar. To the uninitiated this looks like a typical Volvo wagon, which goes unnoticed in a college town like Ann Arbor, where I live. Might as well belong to a tweed-wearing anthropology professor, right? If you know, however, you definitely know. — Eric Weiner 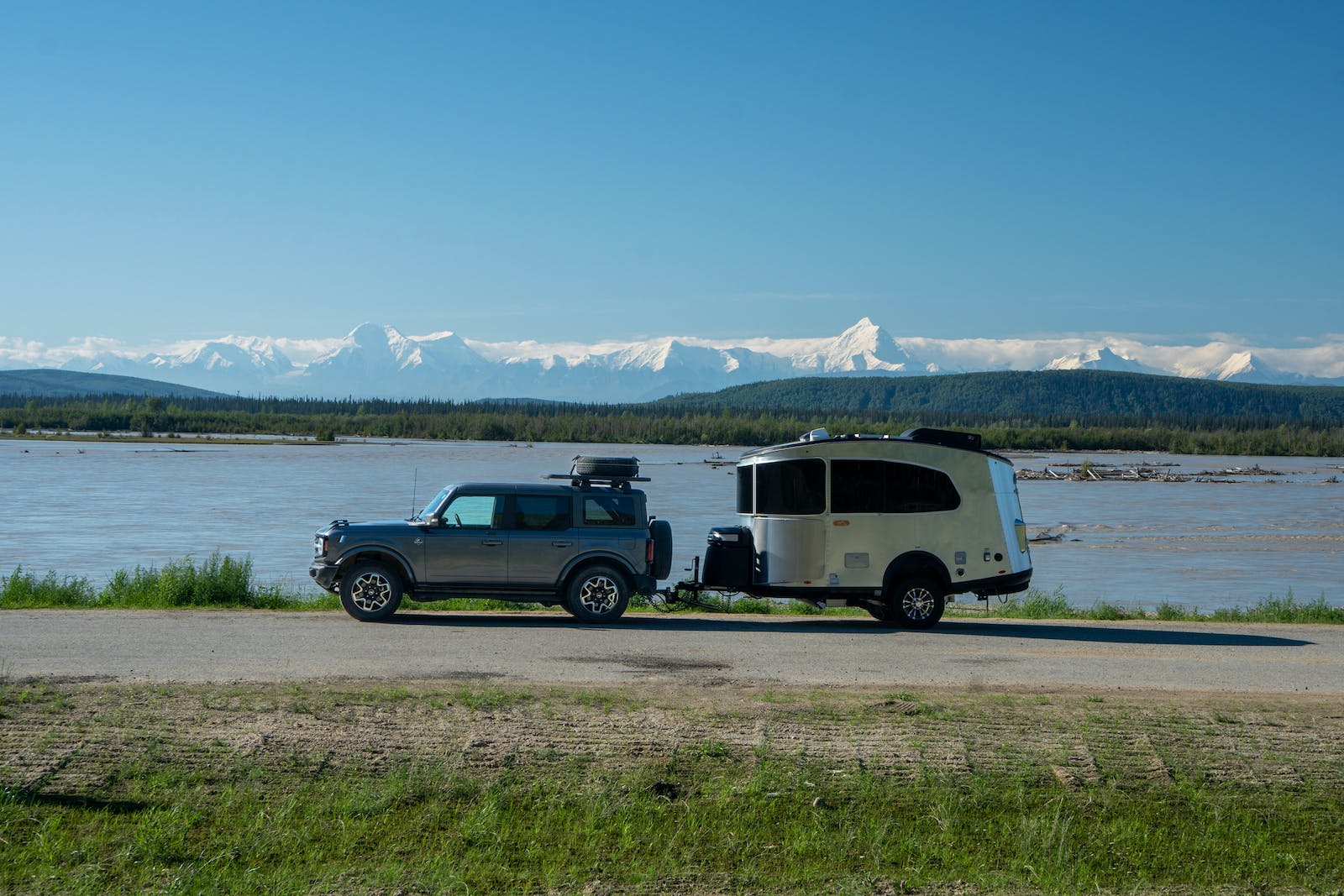 Get an insurance quote
A Story About
Leave comment
Read next Up next: Review: 2022 VW Golf GTI 2.0T SE (DSG)