Perhaps classic Mini owner and Hagerty Community user ZZZPR said it best. There’s truly “something different about the camaraderie among Mini owners … [I] can’t really put my finger on it, but it’s not the same as with Camaros, Mustangs, Corvettes, Challengers, and all the other more common enthusiast cars.”

There’s no better example of this collaborative, high-spirited automotive culture than Mini Takes the States (MTTS), a multi-state rally in which the modern Mini community unite, bond, and share their often unique. It started innocently enough in 2006, when Mini USA kicked off the event as a way to celebrate the introduction of the first, hardcore GP edition of its high-performance John Cooper Works model. The gathering must have had a positive impact, because MTTS turned into a biennial event. The route is different with each running, which means die-hard Mini fans can return every other year and savor a whole-new experience with friends old and new from across the country.

I’ve followed MTTS for years now, albeit from afar in my days working at a franchised dealership. We’d promote the heck out of it on social media for target customers and brand loyalists alike, and it was always well received. But MTTS for 2022 hit a little different, since the pandemic forced organizers to cancel the 2020 road trip. I was fortunate enough to attend this year’s proceedings, on Mini USA’s dime, as member of the media. The catharsis that came from the satisfaction of a palpable, protracted desire for wanderlust made this event feel truly special.

MTTS 2022 started in Burlington, Vermont, this year. Drivers arrived on July 9 and made their way down the East Cost to Spartanburg, South Carolina over the course of eight days. My first experience was parking amongst the Mini faithful came on the famous “tricky triangle” of Pocono Raceway, where I joined the MTTS caravan on the trip’s third leg. The morning gathering included breakfast, live music, contests, and photo booths for all participants to enjoy. I got right into the mix with MTTS’s exuberant owner community, piloting both a manual transmission Resolute Edition and the top-tier John Cooper Works during my drive. Relatively firm suspension, quick reflexes, and punchy turbo engines mean all new Minis are pretty fun to drive, provided you can tolerate the lack of Android Auto on these long road trips. No matter—with CarPlay in tow and another member of automotive media as my co-pilot, we headed out in the 2022 John Cooper Works (JCW) to start our journey.

The roads on this well-curated path were well-suited to Minis, with their consistently taut suspensions and quick reflexes. Both the JCW and the Resolute I drove were an absolute blast during corner carving. On the flip side, Minis aren’t usually known for a buttery-smooth ride. Yet even the stiffly sprung JCW was a pleasant highway partner. The Harman Kardon audio system faithfully reproduced most frequencies with ease, while seat comfort proved far more pleasant in practice than the firm padding initially promised. Kudos to the Resolute Edition’s bespoke houndstooth seat fabric, which protected backsides from the summer heat better than the JCW’s all-leather affair. Both models could, however, benefit from a slightly less rubbery manual shifter and smoother, more progressive clutch pedal engagement.

And, in those moments where temptation gets the better of you on public roads, Mini’s traction control and stability nannies do a good job ensuring front-wheel drive torque steer is a non-issue, even with the JCW’s robust 228 horsepower. It takes a lot of ham-fisted actions to overcome Mini’s years of refining the art of front-wheel-drive torque delivery. The modern Mini powertrain and chassis tuning philosophy is right in line with the brand’s styling: spunky, lively, and focused on fun. It makes sense why owners are so enamored with their vehicles from top to bottom.

That said, MTTS (or any other large event) isn’t the place for serious driving impressions. The journey is the main event, and absolutely nothing prepares you for the open-armed camaraderie that permeates the Mini community. These people love their cars. Parked on this famous Pennsylvania course and surrounded by hundreds of Minis bearing the same shape in various sizes, the atmosphere felt more like a music festival than a road rally. I heard the word “Woodstock” uttered at least twice. For a true old-school Mini vibe, however, I had to talk to Kiki Williams.

Kiki became a multiple-Mini owner after falling for the new-era model in 2010. Once her kids were old enough to fend for themselves (automotively speaking), Kiki finally bought the Cooper she’d been wanting for years. It was motoring bliss from the start. Then, something unexpected happened; one day she came across a right-hand drive classic Mini Cooper for sale online. It was a 1988 Mary Quant edition—a designer-series vehicle that, unlike the Bill Blasses and Valentinos of the world, belies a connection stronger than mere licensing agreement. Mary Quant is credited with the creation of the mini skirt, a fashion accessory she famously named after her favorite car: the Mini Cooper. Kiki remembered how returning pilots would bring the original Mini (as cargo) to the U.S. when she was in college. She always wanted a classic Mini, especially once she realized that her two-car garage was large enough to swallow two modern versions and one classic with only modest shuffling. (The ’88 goes in sideways against the back wall.)

As you can imagine, a long-haul journey behind the wheel of a classic Mini is a far different experience than a modern example loaded with creature comforts. While Kiki’s sports an aftermarket Bluetooth receiver, there’s still no air conditioning or NVH control to speak of. Kiki, however, insists the classic Mary Quant Mini is far more enjoyable because of the attention it garners at every turn. Not to mention  it’s more fun to drive than her late-model JCW Mini.

Kiki has been on six MTTS runs, but only three from beginning to end. This time she’s doing the whole thing in her classic Mini, with her husband following in their modern JCW. The 80-mph top speed is a challenge, but so are the crowds that swarm her at every stop. “Everyone wants to see it,” says Kiki. Bystanders in small towns are gobsmacked by hundreds of Minis passing through, but they are utterly thrilled to see the small-but-mighty original in the mix. The Mary Quant Mini has been reliable during its time on MTTS, and Kiki insists her classic is both the most reliable and the easiest-to-service Mini in her fleet. Both Kiki and her husband are so smitten with the car that they insist it will never be for sale.

That relative ease of repair is a consequence of parts availability from stateside vendors and their UK counterparts. Kiki can diagnose a problem, order the needed parts, and perform the repair herself. While MTTS is not the venue for a classic Mini to suffer any major setback, modern examples that run into basic repair issues have the advantage of Mini USA’s helping hand. The company offers a pop-up diagnostic/repair shop that’s available each morning before participants hit the road. These tents have Mini technicians willing and able to perform repairs like engine computer diagnostic/repairs, light bulb replacement, tire changes, and just about anything else one can imagine that doesn’t require a service lift or a massive tool box. More to the point, these services usually come at no cost to the owner. I even heard that Mini USA once replaced a failed turbocharger at no cost to an MTTS participant, though I suspect such work was done at a nearby dealership and not in a parking lot.

My fantastic few days on MTTS got me thinking: What other car manufacturer would—every two years—throw a multi-state party for loyalists, clear their check engine lights, design an exciting road trip with unique destinations, and use a smartphone app to post photos and answer brand-specific trivia questions along the way? Scion tried a similar business model, courting a unique demographic with extra-stylish Toyota vehicles, radical options, no-haggle pricing, and experiential events aimed to make an impact larger than your average Corolla ownership experience. Scion closed up shop in 2016, but modern Mini has been around since the 2000 model year.

What Mini USA has nurtured from the meager footprint of Alec Issigonis’ original blueprint is beyond impressive, and it’s such a rare thing to behold in this era of globalized/homogenized products, short term profiteering, and skin-deep marketing campaigns. Sales of new Minis have dipped in recent years, sure, but MTTS proves the existence of a passionate owner community that is very much alive. We hope BMW will continue to nurture the Mini brand, which with the right roadmap (and EV engineering) could morph into a compelling, style-forward enthusiast brand with many more great years ahead of it.

Case in point, behold the loyalty generated by Mini’s commitment to MTTS. After fuel prices surged and shipping rates spiked, Teresa Flores and Mark Ryan from Arizona decided that renting a vehicle instead of driving their Mini was a smarter plan. Because they weren’t gonna miss this 2022 reboot, as the Mark has attended since 2008, Teresa since 2006. Their rental was a Ford Edge ST, which to be fair, is about as close to a Mini as you’ll get at a rental counter. They did an impressive job making the Ford into a “Counterfeit Mini” with decals and blue painter’s tape. And what was their muse for the Counterfeit Mini? Behold this delightful commercial from 2005:

You can’t garner this kind of loyalty overnight, its a serious investment over time. Combine this with Mini USA’s commitment to animal welfare (both in marketing and with the prevalence of dog treats on this rally), the aforementioned free vehicle services, the passion of every employee (and event partner) I met, and you have an event unlike anything else in this world. It warmed the cockles of my heart to the point I’ve repeatedly considered buying a Mini mostly to participate in MTTS 2024. But make mine the Goodwood edition with a 9″ screen in the dash, as I have plenty of time to do it right. 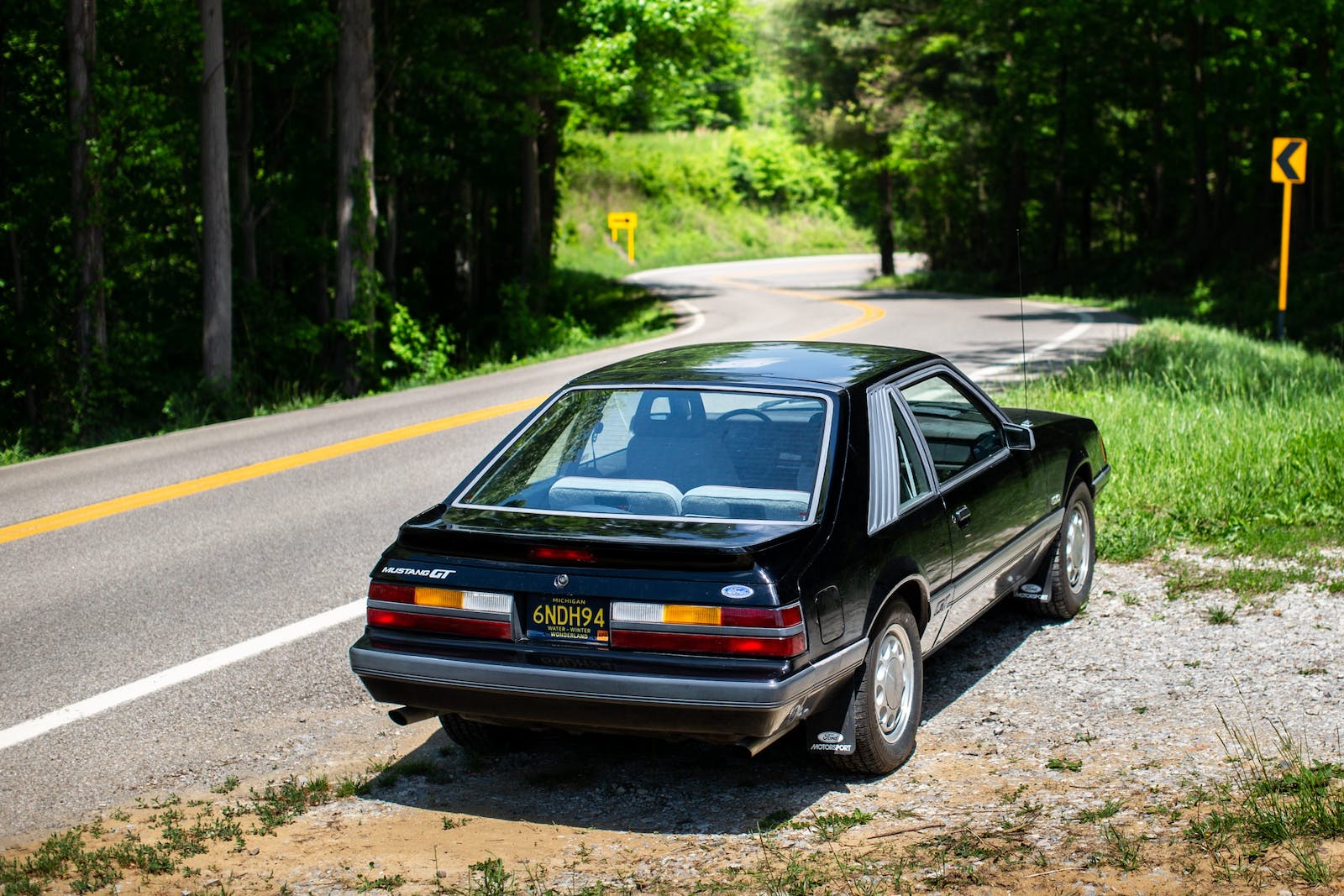