Got a Hot Rod Lincoln? Know the song? You could win big with Hagerty 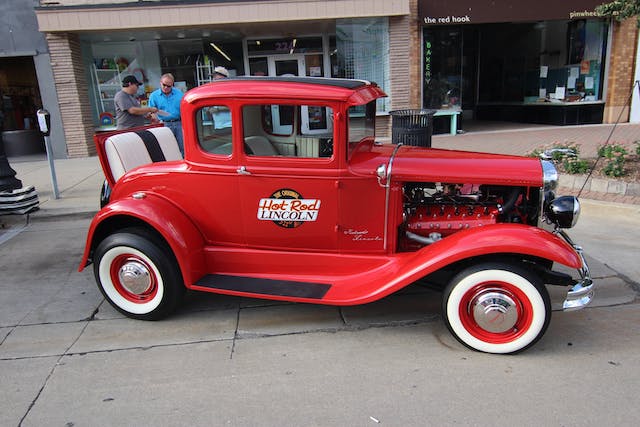 We’re giving away a Fender American Telecaster and Hot Rod Deluxe amplifier to one randomly chosen “Hot Rod Lincoln” fan out there. It’s easy and there are multiple ways to enter the contest. Want to know more? Read the story by Alex Kienlen then check the link at the bottom. And try not to be TOO uncool to me about my playing, I’m an acoustic guitarist at heart! — Jack Baruth

At this point, everyone has heard the hot rod lick.

The hot rod lick is a guitar technique, a coordinated left-right hand pattern of ascending then descending single notes. And yeah, that was a pretty antiseptic explanation, so easier to say: It’s the guitar part in the song “Hot Rod Lincoln.”

The song itself has been covered by who-knows-how-many guitar slinger/honky-tonk acts, but it first reached contemporary pop-culture consciousness when it got a modern treatment by Commander Cody and His Lost Planet Airmen on their 1971 album “Lost in the Ozone.”

The lick, that famous lick, was played by ‘Airmen member Bill Kirchen during breaks in the narrative by the singer about a race between him in his hot rod Lincoln against a Cadillac. Drawing the lick out on paper makes it look deceptively simple, using the three heaviest strings of the guitar, played the guitar neck up then down again.

Like so many things that look simple (cooking an egg over easy, skateboarding, brain surgery, etc.) to actually play it clean, like a good guitar player, takes a lot of practice.

(Aside: In music-talk, a “lick” is a repeated stock instrumental phrase.)

But Hot Rod Lincoln is a response song, an “answer” to an earlier song called “Hot Rod Race,” first made famous by Arkie Shibley and the Mountain Dew Boys. That song, also has, and arguably is the first time, for the hot rod lick, that stock phrase.

They used to do that in country music, where a song would be written and someone would come along with an answer to that song. Kitty Wells had a hit with “It Wasn’t God Who Made Honkey Tonk Angels,” a response to the earlier “Wild Side of Life,” as one of the more famous examples of an answer song.

After Shibley et al came out with “Hot Rod Race” in 1951, it started a trend of hot rod songs with a driving boogie beat. The hot rod lick was used and re-used. At the time it was country music on an electric guitar, or what would more likely be called “Rockabilly” in today’s language.

Which is why you likely have never heard “Hot Rod Race,” the song that started all this. Shibley et al was a country band, as the “Mountain Dew Boys” thing tips off, and country music just wasn’t a far-reaching music style in 1951. The other problem is “Hot Rod Race” also opened with a couple lines that, well, gave radio DJs some problems:

Yeah, even in 1951, and despite the growing hot rod craze, the “white folks” thing was a bit much. The line was later changed to “rich folks might,” or some sort of “(rich, poor, common) folks” thing, but, you know, once you get a reputation you’re stuck with it and the song didn’t get much airplay.

And “Hot Rod Lincoln” came out in 1955, an answer, written and performed by Charlie Ryan.

The song was written by Ryan ‘cause his souped-up Model A, its Lincoln motor, was his car, a Lincoln V-12 on a modified Lincoln Zephyr chassis with a Model A body dropped over it. Better, he was inspired to write the song after racing a friend in a Cadillac one dark night.

(“Zephyr” is from “Zephyrus,” the Greek god of the west wind, considered one of the most gentle winds and an indicator of spring’s arrival. Anyway….)

Recollection serves that prior to his 2008 death Ryan kept the car and would show up at various hot-rod cruises and shows in it, V-12 motor still intact. 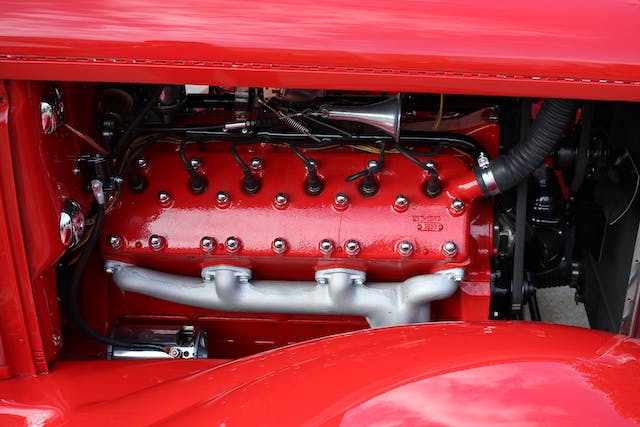 Cody changed the lyrics from V-12 to V-8 engine in its cover, no doubt reflecting the modern realities that nobody would know about a V-12 Lincoln in 1971. Ryan used the hot rod lick, of course, it being an answer and all, and the song reached number 33 on the charts. You can hear the lick on his other hit: “Side Car Cycle,” released the same year, reaching number 84. It’s, let’s not kid ourselves, more-or-less the same song, opening with the lyrics:

At the same time, Ryan’s “Hot Rod Lincoln” and “Side Car Cycle” have some pretty good guitar playing on them and are easy to find on the internet. If you’re stuck at home and looking for a listen from rockabilly car-song history, you can do worse.

Meanwhile, somewhere out there some wanna’ be guitarist is sitting in a bedroom right now, trying to learn the hot rod lick – a car-guy contribution to modern music.

So if you’re a Hot Rod Lincoln fan, a fan of Lincolns or both—visit the Hagerty Community to enter our Hot Rod Lincoln contest—share a video of yourself playing that famous lick or a picture of your Lincoln for the chance to win a Fender American Telecaster and Hot Rod Deluxe Amplifier. Entries accepted through 31 July 2020.

Get an insurance quote
Share Leave comment
Read next Up next: Hyundai’s new manual transmission, with no clutch pedal, says goodbye to grinding gears