Supercar history is chock full of legendary badges—Ferrari, Lamborghini, Porsche, Jaguar, just to name a few. There have also been plenty of upstarts that, despite big ambitions, came and went without ever becoming household names. Remember Vector, Venturi, or Cizeta? Yes? Well, how about Isdera? Even many seasoned car fans don’t recognize that one, which is a shame. The German automaker built some of the quickest and wildest-looking cars of the 1980s, albeit in very small numbers and with expensive price tags. Isdera’s ultimate car, the V-12 Commendatore, arrived just in time for the company to go bust. Nevertheless, it is a glorious thing.

The Commendatore is a one-off, and in the world of exotic cars where exclusivity matters, it doesn’t get any more exclusive than that. The mid-engine supercar hasn’t surfaced for sale in about 15 years, but you can buy it next year at the 2021 RM Sotheby’s Paris sale. 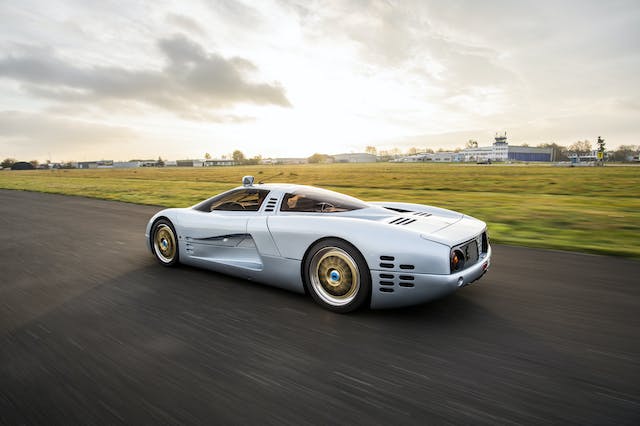 Isdera was founded in 1982, but its roots go back to the late 1960s, when a German engineering school dropout named Eberhard Schulz designed and built a car out of his house. It was a low-slung, Ford GT40-esque coupe that he dubbed the Erator GTE. Lacking an actual resume, Schulz decided to swing by the headquarters of Porsche and Mercedes-Benz to show off his work, hoping to land a job. The ploy was successful and, after a few years at Porsche, Schulz joined a design company called b&b GmbH. There, he designed a streamlined concept car with gullwing doors and Mercedes power.

Named the CW311 (in reference to its .311 drag coefficient), and intended as a sort of “spiritual successor” to the 300 SL, the concept debuted at the IAA in Frankfurt in 1978. Mercedes-Benz was impressed enough to allow the CW311 to wear a three-pointed star on its nose on stage, but the company didn’t express any plans to actually produce such a car.

In 1981, Schulz went off on his own to further develop and build a version of the CW311, calling his company Isdera. It’s a name we can’t help but read in an Italian accent, but it actually stands for Ingenieurbüro fur Styling, DEsign und Racing, and that translates from straightforward German to “Engineering Office for Styling, Design and Racing.” 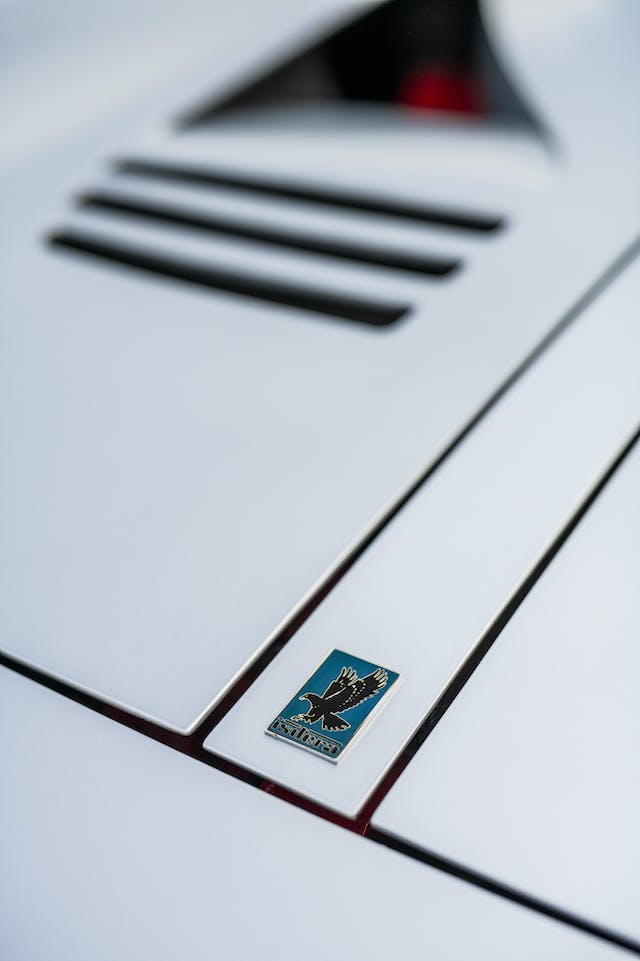 Isdera’s first production models were the Spyder 033 and the Imperator 108i, the latter of which featured the CW311’s gullwing doors and basic shape—more starship than sports car. Underneath the fiberglass body was a tubular spaceframe chassis and Mercedes-Benz-sourced 5.0-liter M117 V-8, though later versions got a hotter AMG-tuned 6.0-liter unit that gave enough grunt for a 176-mph top speed. Each Imperator was built to order and required months to complete. Sources on production vary from 17 to 30 Imperators built in total.

Then, as the 1990s rolled around, Isdera’s next big project was underway. Called the Commendatore 112i in a nod to Enzo Ferrari’s nickname, it was similar in concept to the Imperator it was set to replace, just more ambitious.

In the Isdera, the four-cam V-12 made an easy 400 horsepower. Mercedes, however, had never developed a manual gearbox for that engine, so Isdera made a special flywheel and adapted a RUF Porsche gearbox with six speeds to drive the rear wheels. Porsche also supplied the pop-up headlights from the 968 and suspension from the 928, to which Isdera added an active function that lowers the car by three inches at speed. Some interior bits are borrowed from Mercedes, including the gauges, although the SL-Class speedometer had to gain a few digits in order to read 400 km/h (249 mph). The actual target top speed for the gullwing coupe was 340 km/h (211 mph).

That top speed was even possible because of the car’s relatively scant weight (about 3200 pounds) and carefully engineered aerodynamics. The Commendatore posted a drag coefficient of just 0.306 in Mercedes-Benz’s wind tunnel, thanks in large part to the body’s slippery shape, but small details like the special Isdera-developed windshield wiper played a role. And that funky periscope rearview mirror, a design feature that went back to the Isdera Imperator and Schulz’s first home-grown Erator GTE, isn’t just for looks—it allows for less drag than conventional side mirrors.

The Commendatore might have sold for about $450,000 if it ever made it to production. In a classic case of bad timing, the sole Commendatore was completed in 1993 in time for the September 1993 Frankfurt show, but only about 18 months after the bursting of Japan’s asset price bubble that left economic havoc in its wake. Since much of Isdera’s funding came from Japan, the company went bust and was taken over by a Swiss consortium. Schulz was able to finalize the car, but it was a while before the Commendatore made a public appearance again. If you’re old enough (or young enough) to remember playing 1997’s Need for Speed II on PlayStation, you might remember the Commendatore 112i as one of the feature cars alongside the Ferrari F50, Ford GT90, Lotus Elise GT1, and Italdesign Calà.

A Swiss owner then took the car to the 1999 Frankfurt show, now wearing the name Silver Arrow, sporting conventional mirrors and Mercedes alloys instead of the original BBS two-piece racing wheels. 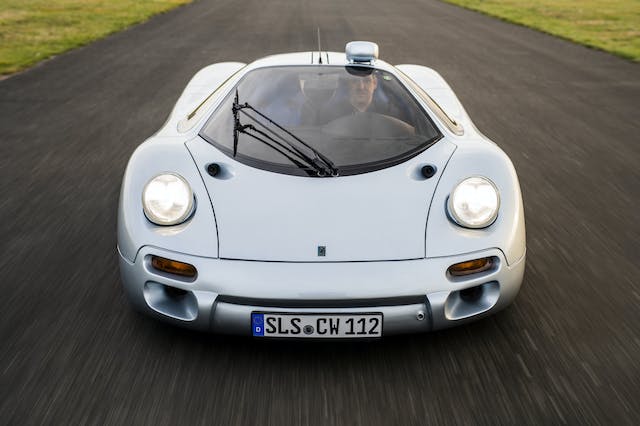 The Commendatore, then under private Swiss ownership, popped up on a few sites (including eBay) in the mid-2000s with a $3M asking price but apparently never sold. Years later, a re-formed Isdera bought back the car and returned it to its original 1993 specs, including the periscope perched on the roof. It’s currently registered for road use in Germany, wears Arctic Silver paint (a Porsche color), and shows 10,256 km (6373 miles) on the odometer.

Isdera is still around today and currently builds a car called the Commendatore GT—an electric 2+2 aimed at the Chinese market. Why the company is selling its original, much cooler Commendatore isn’t clear, but it presents an opportunity to snag a truly wild ’90s supercar you perhaps totally forgot existed. As of this writing, it will cross the block on February 13 as part of a RM Sotheby’s auction livestreamed from the City of Lights.

Car Profiles After 20 years, is the Porsche Cayenne coming in from the cold?
Steve Bennett