In an earlier story, we took a look at the timeless elegance and broad appeal of the first-generation Cadillac Seville. While that car was no million-unit-per-year seller, it did rather well for Cadillac. Obviously the logical thing to do was follow up with a second generation, but in what direction should it go? You would think that Cadillac would want to keep the understated look, as customers liked it, but the powers that be within General Motors had other plans. 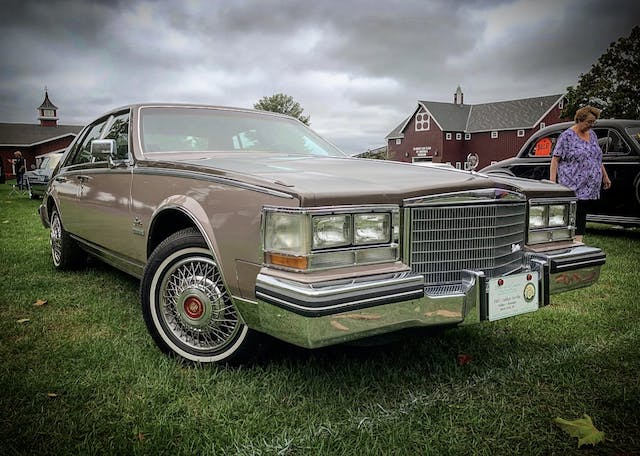 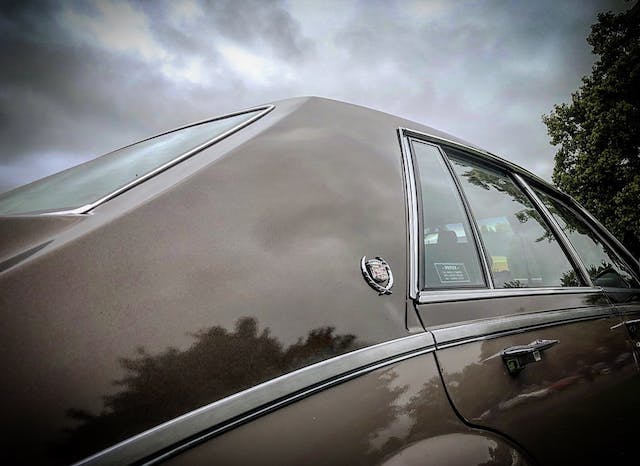 Legendary designer Bill Mitchell was close to retirement, and it was rumored he wanted one last project that would reflect some his personal favorite looks. Designer Wayne Kady was tasked making Mr. Mitchell’s dream a reality.

Because the rear-wheel-drive platform the Seville sat on was scheduled to be discontinued after 1979, a new platform would have to be selected. The 1980 X-car program was deemed too small, so the decision was made to have the 1980 Seville share the newly downsized front wheel drive E platform with the Eldorado. 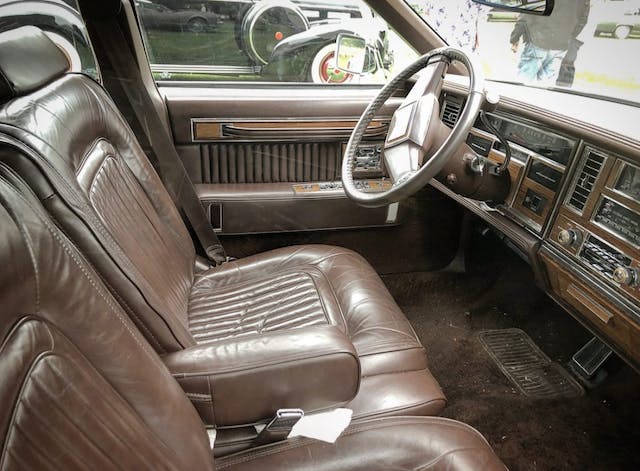 Bill Mitchell really wanted a car that would hark back to the days of coach built luxury, and he was particularly fond of Hooper-bodied Rolls-Royce sedans. The swept-back C-pillar and bustle back trunk were hallmarks of those cars, and Mitchell, by way of Kady, wanted to see this design implemented on the Seville.

This was not the first time such an idea was considered. A styling mockup for the 1976 Seville, then going by the name LaSalle, featured a swept-back C-pillar and short trunk. 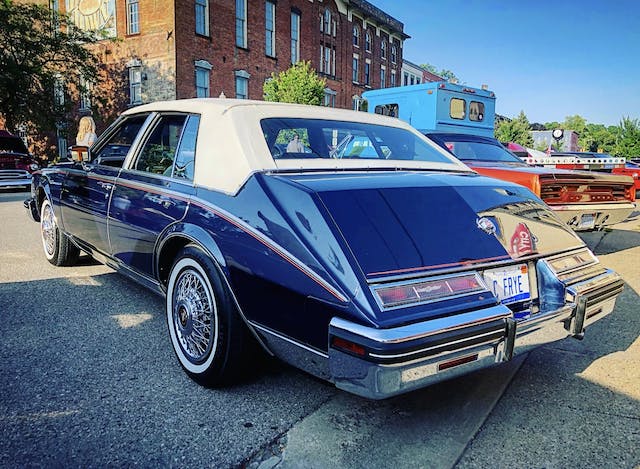 Cadillac was determined to make sure the 1980 Seville was going to create buzz within the luxury car industry, one of the ways, aside from the unique styling, was the decision to offer the 5.7 liter Diesel V-8 as standard (except in California), with a gas V-8 as an option. 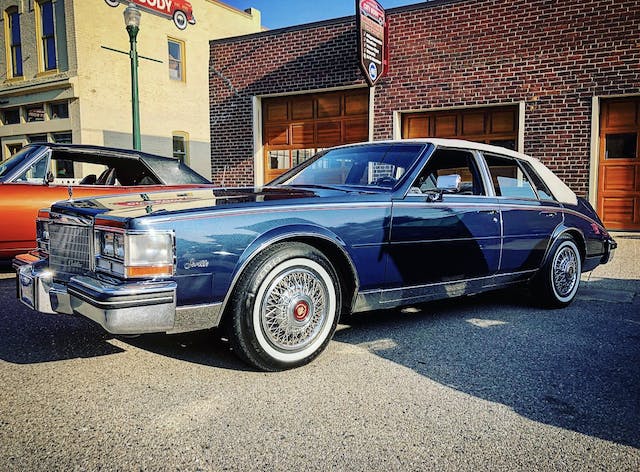 Offered in standard and upscale Elegante trims, the new Seville started off as a hit, but soon problems from the Diesel, along with slipping quality control, caused Seville sales to cool for a while. Oddly enough, the final two years of production would see sales rise up slightly above the 1980 totals. 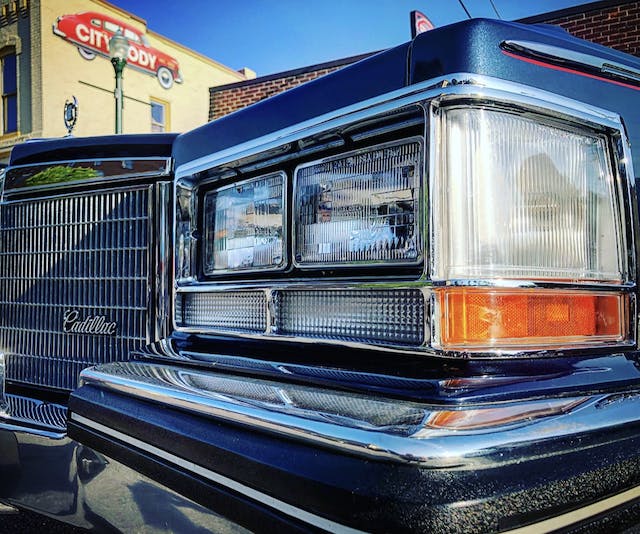 1981 saw the debut of the infamous Cadillac V-8-6-4 engine, an idea that was visionary but just wasn’t ready for prime time, thanks to the lack of development in the technology. Because of the drivability problems with the engine, many people would have the system unplugged from the cars main computer, and drive away happy. By 1983 the HT 4100 V8 was released, which soon caused many a customer to miss the V-8-6-4 …

There was no denying that the new Seville made a styling statement, people either loved it or hated it. If one wanted to add more style to the Seville, there were the options of two-tone paint and a full cabriolet roof. Inside there were available plush velours or supple leather. A full complement of power assists were offered, and by 1983 a high end Delco/Bose stereo system was introduced above the Symphony Sound radios. 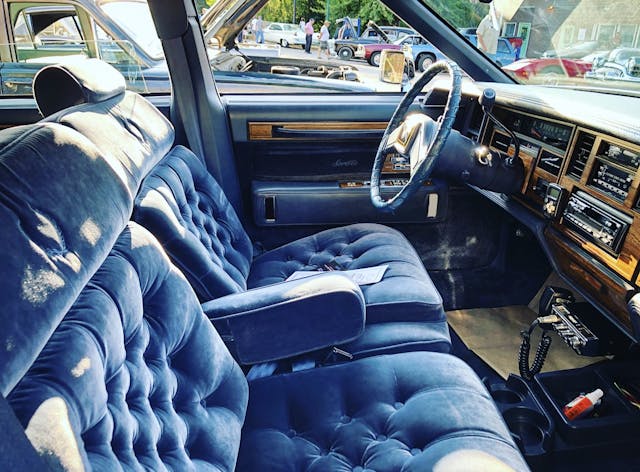 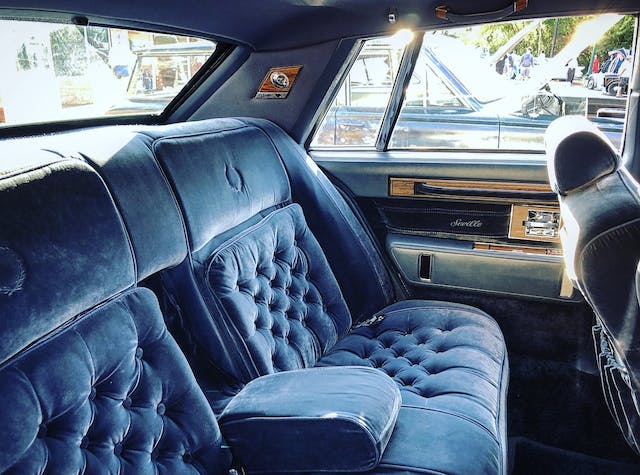 Cadillac research found that the first Seville, while successful, didn’t bring in quite the numbers of younger owners it had hoped to capture, the second-generation Seville was pretty much guaranteed to continue to attract the older set of buyers that Cadillac was fast becoming synonymous with, which causes one to wonder if it was the same team behind the idea of the Cimarron …

Despite the general consensus that the design was of the love-it-or-hate-it variety, the basic idea was copied by its crosstown rivals Lincoln and Chrysler. The revival of the Imperial in 1981 saw the bustle back trunk and sweeping C-pillar adapted to a two-door coupe. 1983 would see Lincoln apply the bustle back treatment to its new Continental sedan. As they say, imitation is the sincerest form of flattery.

Fast-forward four decades, the bustle back Seville is still controversial among lovers of classic Cadillacs, many people love them, and many more seem to hate them, however, watch one roll into a car show, or glide up to a tony restaurant, it will still draw attention as it oozes with personal luxury and displays an air of quiet authority, because after all, and best of all, it’s a Cadillac.

Get an insurance quote
A Story About
Share Leave comment
Read next Up next: The Death Eaters, Chapter 3: Renault R5 Turbo and Clio V6