In Brian O’Nolan’s novel The Third Policeman, the character Sergeant Pluck lays out a long-winded explanation of his personal take on atomic theory and bicycles. The condensed version: The more time someone spends riding their bicycle, the more their atoms change places with the machine’s. Ergo, half the people in the parish are half-bicycle. Heady stuff from a contemporary of James Joyce, but it parallels something all gearheads know to be true, at least at an emotional level. The longer you own a car, the more it gets under your skin, and the more of yourself ends up into it.

After 800,000 miles, Bill MacEachern’s 1976 911 Turbo (chassis code 930) is as much a product of its owner as it is of Porsche. It’s a well-known machine in Porsche circles, and the sky-high odometer reading is the main eye-opener. If you buy the full-sized Lego 911 Turbo/Targa kit, there’s a picture of this exact car in the instruction manual. Porsche, of course, loves making public such a well-traveled example of its turbocharged icon. It underlines a reputation upon which the company’s products trade heavily: A classic 911 is the ultimate durable good.

True enough, but this is not just a 1976 Porsche 911 Turbo. This is Bill’s 1976 Porsche 911 Turbo. Over the years it has been through multiple engines but is now running a 3.4-liter flat six that, when last dyno’d, put down 660 hp to the wheels. The suspension is coil springs—the torsion bars gone in favor of 700-pound springs in the rear, 300-pound units up front, and Bilsteins at all four corners. The four-speed manual transmission has a longer final-drive ratio, which came at the suggestion of IMSA mechanic of the year Jerry Woods, who was famous for preparing Porsche 935s for the likes of Brian Redman and Bob Garretson and many others. Front rotors are custom-sized to fit a “Big Red” brake upgrade, and the wheels are a steel reproduction of the magnesium RS-R wheels on the Porsche 934 prototype. The seat’s from the period 911 Turbo race car (known as the 934), the kind Porsche enthusiasts call a “lollipop” seat.

“I call it my medicinal seat,” MacEachern laughs. “Any time I get a bad back, I go sit in it for a while and away it goes. I got it from a guy who had it in his attic. It was filthy, all full of holes, so I reupholstered it.”

At 85, MacEachern is the sort of badass that makes you think the aging process isn’t really something to fear. When your back therapy is attached to a rear-engined widowmaker with more crank horsepower than a Hellcat, you don’t count the grey hairs.

This car has been part of Bill’s life for nearly half a century, and the pair has had countless adventures together. The 930 helped raise his sons. It helped him build his business. It ferried him to any number of the endurance racing events that make up the motorsport plasma that runs in his blood. It’s his air-cooled passport to the world—anyone can look at this car and from the stamps know pretty much everything they need to about William MacEachern of Toronto.

The story begins in the fall of 1975, with a factory order in Dunkel Blue. It was the very first 930 to be customer-ordered in Canada, though the dealer initially tried to talk him out of it. Bill had owned two 911Ts previously, and the dealer, Hans Pfaff, gently tried to steer him in the direction of a 911S.

MacEachern wasn’t having it, because he was a racing fan. Three years earlier, he’d watched a Penske 917/10 thundering past at a Can-Am race. He was convinced turbocharging was the future, and was also of the opinion that racing improves the breed. Time has proven that Porsche agrees with him.

The Porsche 930 was not the first car to bring the technology of turbocharging to the road, but being first didn’t matter here so much as being triumphant. On its introduction in 1974 for the 1975 model year, it was not only the fastest production Porsche road car but the fastest series production car in the world. Applying the race-proven turbocharging of Can-Am to a 3.0-liter flat-six engine via a single KKK turbocharger, Porsche managed to squeeze out 256 hp at 5500 rpm and 243 lb-ft of torque at 4000 rpm. These figures and the four-speed manual transmission that came on the early 930s seem outdated today, but the car was very light at just over 2500 pounds. On 1970s tires it was fast and a bit vicious, so a driver had to know what they were doing. MacEachern’s car was the 350th 930 Porsche built.

In the early days, Bill’s 930 was a ticket to a front-row seat at the races. Spectating at Mosport with sons Brian and Craig, he watched as German-born Canadian racer Ludwig Heimrath beat fan favorite Al Holbert, the pair’s 911 RS-Rs dicing it up. Later, Bill drove over to Heimrath’s shop and asked if he and the boys could help out in the pits. Heimrath clocked the dark blue 930, and said yes.

Bill would also eventually get sponsorship space for his carpet-cleaning company on Heimrath’s 934/5. That car would go on to win the 1977 Trans-Am championship. At the same time, the 930 was proving an effective business card when MacEachern was out securing new contracts. People saw the Porsche pull up front and figured this successful businessman knew what he was talking about.

While it was used on sales calls, most of the 930’s miles came from cross-country journeys to race tracks. MacEachern took his boys to Sebring, Lime Rock, and Road Atlanta.

He was not just a spectator. For many years, Bill competed in vintage racing in a Lotus 11, before Porsches, he had a deep interest in British sports cars, owning an Austin-Healey 100-4. He co-drove the Lotus with his son Brian—until Brian became faster than his father. It was vintage racing where the penny dropped. Old race cars never die, and they rarely remain untouched. You run them hard and you make whatever tweaks are allowed to keep them running up front. MacEachern applied the same philosophy to his 930. There were some issues.

“The problem is that race cars don’t cross train tracks,” he says of cracking a lightweight BBS rim. There were other painful lessons learned, too: a promise-the-moon engine rebuild that disappointed, a cracked exhaust header that leaked into the heater box and almost resulted in carbon-monoxide poisoning, too-firm springs up front that caused the nose of the car to skitter nervously.

As the miles racked up, the 930 chewed through parts and funds. In the early days, turbochargers burned out after only 35,000 or 40,000 miles. Engines lasted 100,000 miles before needing rebuilding. In terms of modern reliability, we think of something like a Toyota Camry, shrugging off deferred maintenance as the miles rack up. The 930 was more a durable good, like a high-quality steel folding knife that occasionally needs honing, but holds a fine edge.

The 930 had a few quirks. With such long driving stints especially across the desert, the starter tended to heat soak and refuse to crank the engine. Letting it cool off and a bit of a tap would get the car back on the road again. With all the miles, the limited-slip differential doesn’t lock up as effectively as it used to, but with modern Pirellis it’s not really an issue.

After a bad experience with a California-based engine builder, MacEachern found trusted helping hands in Toronto. Mechanic Marco Preiano helped MacEachern refine the 930’s power plant, built around a Precision ceramic ball-bearing turbo and high-flow fuel injectors. To preserve the original silhouette of the 930, MacEachern had long ago worked the top, intercooler-housing section of a later 930 “tea tray” spoiler into his car’s whale tail. It looks much as it did in 1976 but is packed with modern performance enhancements.

MacEachern’s 930 was evolving as the odometer climbed, turning into a car that would post a 176.5-mph trap speed at the Texas Mile (beating a Ferrari 458 driven by our own Jason Cammisa), but also only burn two quarts of oil on a 7000-mile round trip to Monterey. As it stands today it has neither heat nor air-conditioning, but Bill says you don’t notice the lack of the latter, even on the road in California.

“I guess a passenger might,” he allows, “But when you’re driving, you’re concentrating.”

This is the sort of thing a “capital-D” Driver says, and Bill MacEachern fits that bill. He knows the car will likely outlast him, to be passed on to his sons. But by now, after 800,000 miles, this 930 is so much a part of him that the relationship has achieved a kind of immortality. Bill is his 930. His 930 will always be Bill. 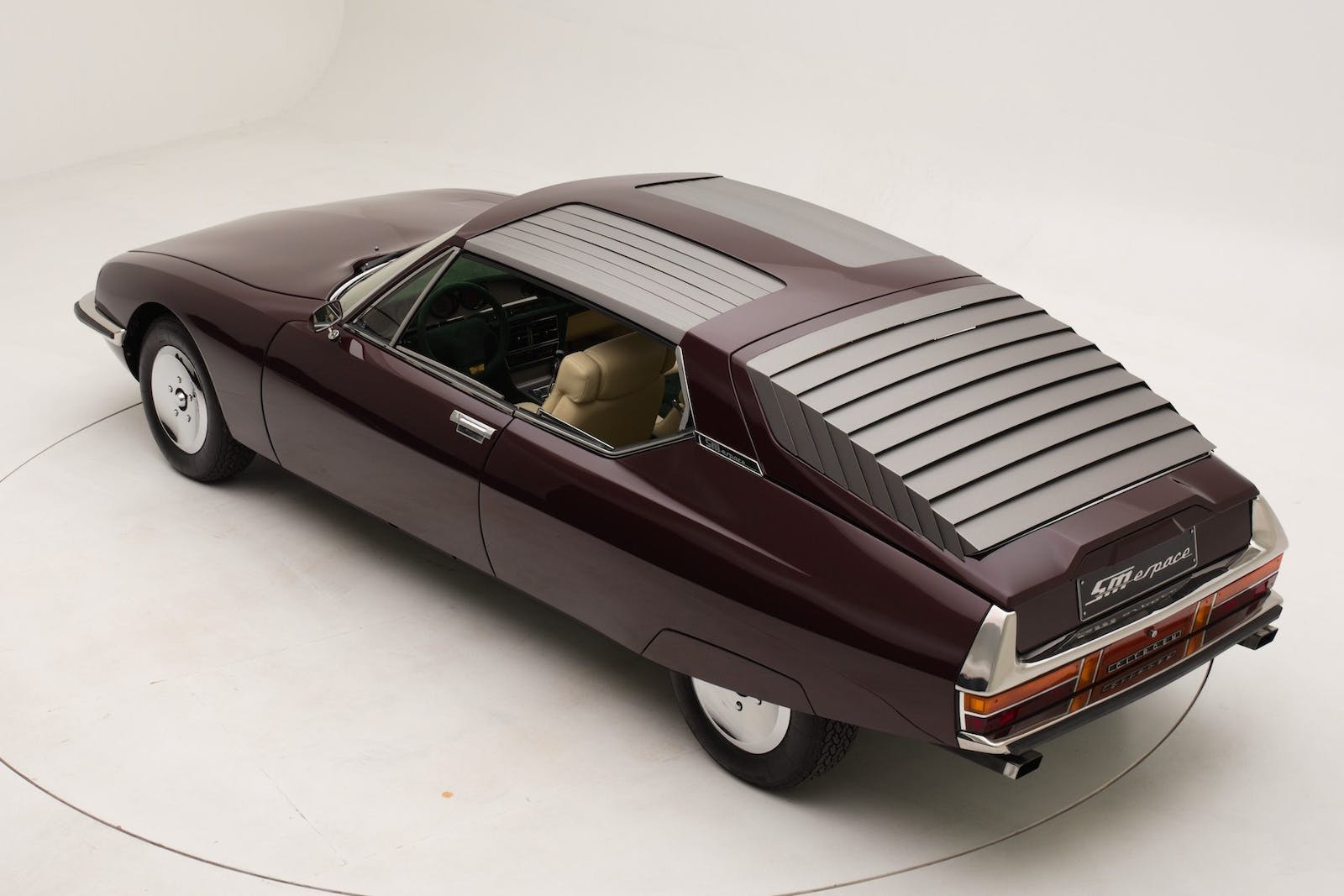 Get an insurance quote
A Story About
Share Leave comment
Read next Up next: A Tale of Two Teslas: Roadsters at Monterey preview EV collectibles to come