5 Countach features that turned this Lamborghini into a legend

The Lamborghini Countach is a dream machine like no other. Fifty years ago, when it was unveiled at the Geneva Motor Show as a concept, the world was in awe. For the next two decades it was the ultimate poster car for gearhead kids who could only imagine what driving this moonshot would be like. I was one of them; the photo above is of the poster that still hangs on my old bedroom wall at my parents’ house.

1975 Countaches were built between the first LP400 production car of 1974 and the last 25th Anniverario of 1990. I still haven’t managed to drive one, but as I continue to hope, here are the five key features of the definitive Seventies supercar that keep it in the forefront of my dreams. Just for fun, we also tacked on a little extra entry at the end that threatened to ruin the supercar’s whole visual effect. Think you can guess what it is?

It was early in the development of Project LP112 that the Countach got oh-so memorable name, and it’s thanks to the super-sized personality of one of the workers at Bertone. Designer Marcello Gandini told the following anecdote that’s on Lamborghini’s website:

“There was a profiler working with us who made the locks. He was two meters tall with two enormous hands, and he performed all the little jobs. He spoke almost only Piedmontese. One of his most frequent exclamations was ‘countach’, which literally means plague, contagion, and is actually used more to express amazement or even admiration, like ‘goodness’. When we were working at night, to keep our morale up, there was a jousting spirit, so I said we could call it Countach, just as a joke. Nearby was Bob Wallace, who assembled the mechanics—we always made the cars operational. So jokingly I asked Bob Wallace how it sounded to an Anglo-Saxon ear. He said it in his own way, strangely. It worked. We immediately came up with the writing and stuck it on.”

Gandini’s design is the supercar blueprint. The aggressive wedge, the flared wheelarches, the massive air intakes, and expansive glasshouse revolutionized automotive design. Gandini was inspired by the space race to create his own UFO-like vehicle, the like of which had never been seen. Ironically, despite styling that looks like it should cut through the air like a laser beam, the Countach is not especially aerodynamic. The car was never wind tunnel tested, but rather driven on the road at speed with tell-tales attached to the bodywork instead. The result is a comparatively brick-like drag coefficient of 0.42. Although, who actually cares? Just look at it!

Marcello Gandini had first toyed with the idea of vertically-opening doors on the Alfa Romeo Carabo concept car of 1968, but the Countach was the first production vehicle to feature them. As if arriving in a Countach wasn’t spectacular enough, the drama of opening those scissor doors was sure to attract a crowd. A crowd who could then burst into spontaneous applause (and/or laughter) as the occupants tried to exit over the incredibly wide sill. 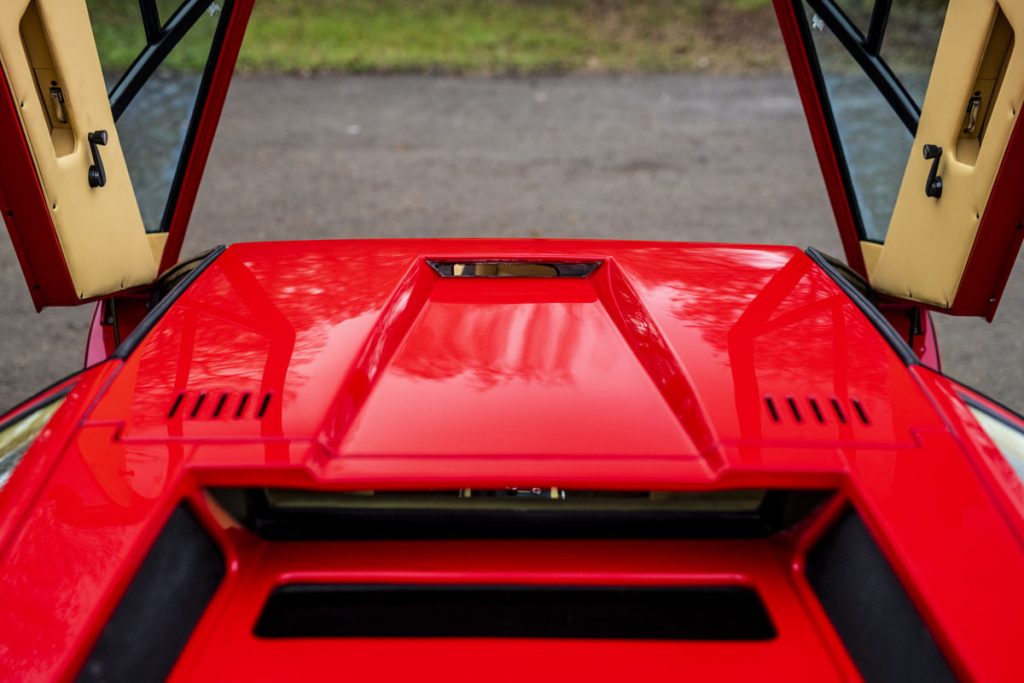 Rear visibility was not exactly a priority when designing the Countach, but the first Periscopa models had an ingenious solution. Installed in the roof was a small periscope that allowed drivers to peek over the top of the massive engine bay and get a glimpse of the road behind. A cool solution to a considerable problem.

Reducing the rear view even further was the gigantic rear wing that was originally designed as a one-off for Formula 1 team owner Walter Wolf in 1975. Soon everyone wanted one, but Lamborghini didn’t want to re-homologate the car with the new spoiler, so it was installed by hand in the factory parking area before cars were shipped. Incidentally, the wing provided no aerodynamic benefit. The Countach already had issues with frontal lift at speed so added rear downforce would have only compounded the problem, and the wing was therefore designed to be neutral.

Oh, how Marcello Gandini must have wept when the Countach fell foul of U.S. safety regulations mandated for 1974. The car simply wasn’t tall enough to meet the required bumper height and increasing the ride height, as some other car makers had done, was impossible. Instead the Countach was fitted with the most horrific impact-absorbing blocks front and rear to meet government requirements. The dream car suddenly looked like a nightmare and, quite understandably, American owners were very quick to revert to European-style bumpers.

Lists According to you: 13 undervalued vehicles you can enjoy on the cheap
Sajeev Mehta 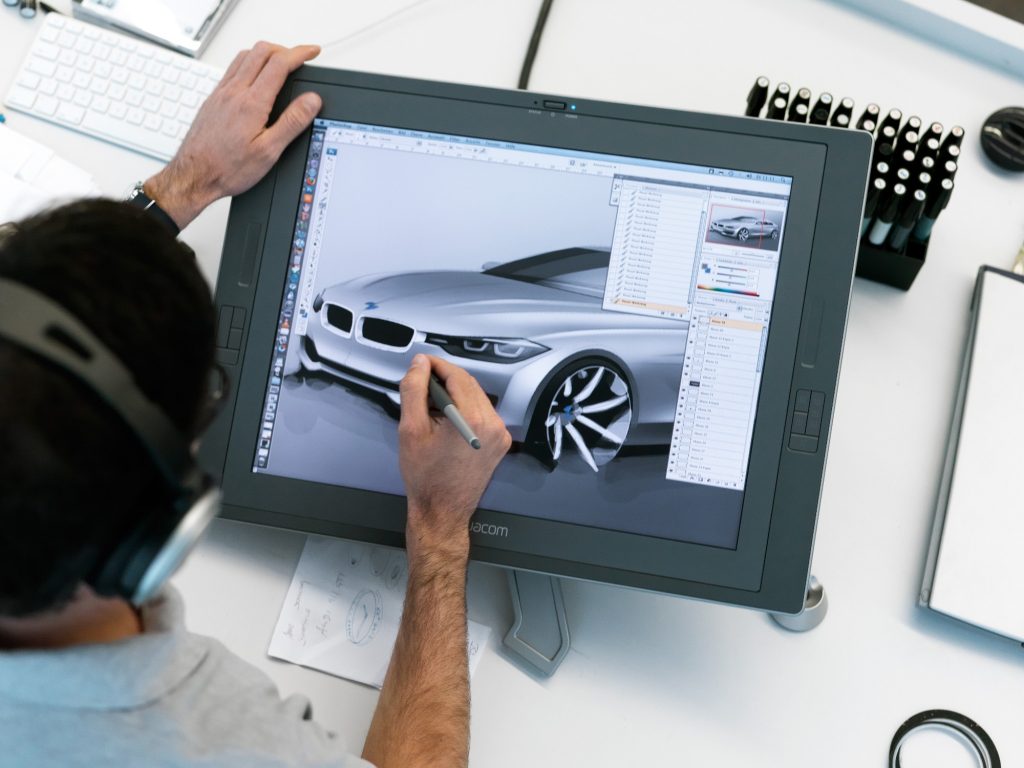 Car Design So you want to be a car designer? Our industry insider peels back the studio curtain
Adrian Clarke