Prepare for a storm, because this GMC Typhoon is coming

The GMC Typhoon often lives in the shadow of its sibling—the S-15-based Syclone. Tracing its roots to the two-door Blazer, the Typhoon displays a humble exterior but hides some powerful secrets—280 horsepower worth of them to be exact. That’s not where it ends though, so let’s take a look at what makes this little SUV so special.

The 1990s were a promising time for performance, as automakers had come a long way with engine technology the decade prior. They were now finally able to make powerful cars while still conforming to emissions and safety requirements that had suffocated so many muscle car nameplates. GMC isn’t known as a performance brand today, and certainly wasn’t in 1991 when the Syclone debuted, but for a few years in the early ’90s that changed.

The Syclone made its debut first with a sinister, blacked-out look and turbocharged 4.3-liter V-6. The pressure-fed mill was good for 280 horsepower and 350 pound-feet of tire-melting torque. It wasn’t just the rear tires this truck is spinning either, as the four-speed automatic was coupled to a transfer case feeding power to both the front and rear axles. For those wanting not only performance, but also interior space and room for four, the Typhoon took all the Syclone underpinnings and put a two-door SUV body on top. It was only available from 1992–93.

Unfortunately, while the Syclone broke into the 4-second range for a 0-60 sprint, the best the Typhoon could muster in contemporary tests was 5.3 seconds, which was still quite impressive. The SUV could rip off a 14.1-second quarter mile too. A Ferrari 348 TS of the same year was three-tenths slower to 60, proving that a brand known for trucks could run with the best in the performance car business if it wanted to.

One such Typhoon is listed now on Bring a Trailer, in all its white splendor. Sadly, its stock wheels have been replaced with a set of poorly sized but period correct aftermarket aluminum pieces, but otherwise this 108,000-mile example seems to have good bones.

Typhoon prices enjoyed a swift climb in 2016, though Syclones have climbed a bit faster and higher. The sporty SUV has been playing catch up since then and now both have leveled off as other vintage trucks continue in their upward trend.

“The Syclone is arguably better known, which accounts for its sharper rise initially,” said Auction Editor Andrew Newton, “but now the Typhoon has caught up. Both models appear to have hit their ceiling for now and look likely to stay flat for the near future.”

With the market now cooling, this auction is likely to land right on our #3 average value of $19,200 for Typhoons. With over 108,000 miles on the clock, this example is perfectly suited to enjoy without guilt. If that’s not enough, a bigger turbocharger is included with the sale in case you think the wick needs to be turned up a bit on this muscular SUV. After all, not many would see this boxy rocket ship coming, but they will certainly remember the taillights as it leaves them in the dust.

Buying and Selling UPDATE: Like bland cars? This immaculate, 405-mile Geo Metro will get your heart racing
Andrew Newton 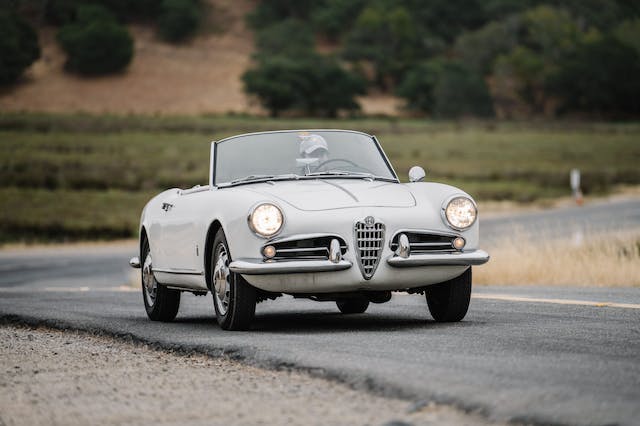