When legendary Queen front man Freddie Mercury acquired his 1974 Rolls-Royce Silver Shadow in 1979, he was so excited about the purchase that he insisted his bandmates christen it in style. And no, it’s not what you’re thinking.

“We filmed the promo video for ‘We Will Rock You’ in the garden of [drummer] Roger Taylor’s new Surrey mansion … and Freddie upstaged everyone by arriving in his brand-new Roller,” longtime band manager Jim Beach wrote in a letter to verify the car’s provenance. “Freddie insisted that we sign all of the (EMI/Elektra) contracts, all of us together, in the back of the Roller because this was the first Rolls he’d ever owned.”

The car, which regularly chauffeured Mercury until his death in 1991 at age 45, will cross the block at RM Sotheby’s London Auction on November 5, with proceeds going to the Superhumans Center, a charity established to provide aid in Ukraine.

Beach confirmed that upon Mercury’s death from AIDS complications in November 1991, the Silver Shadow continued to be driven by the rockstar’s sister, Kashmira Cook, who subsequently bought the car from the Freddie Mercury estate in 2003. It was previously auctioned by Coys in 2013, selling for £74,600, the equivalent of £131,098.13 (or about $146,000) today.

RM Sotheby’s says the sale of the car “presents a once-in-a-lifetime opportunity to acquire a piece of rock and roll history, while at the same time benefiting a remarkable charity.” Funds from the sale will go toward the construction of a hospital in Lviv that will support the rehabilitation of adults and children who have suffered injuries due to the Ukraine-Russian conflict.

Mercury’s 1974 Rolls-Royce Silver Shadow left the factory in Silver Chalice paint with a blue interior. The Rolls is powered by a 6.75-liter V-8. Among the eye-catching features is a car phone and cassette deck.

Officially, the car was acquired by Mercury’s company, Goose Productions Ltd., in 1979. It is being offered with a history file that features the singer’s name on assorted workshop invoices. Much of the paperwork is recorded in the name of Mary Austin, Mercury’s former partner, who assisted the singer with upkeep of the Rolls-Royce.

Nick Wiles, car specialist at RM Sotheby’s, calls the Roller: “… Simply fantastic. It’s hard to find any music fan who doesn’t love Freddie Mercury, and he remains as big a name today as he ever was. This car represents a serious piece of history.”

Mercury wasn’t the only member of the band with an affection for automobiles. Sound man Jonathan Harris was equally obsessed with his Triumph TR4, which served as inspiration for Queen’s song, “I’m In Love With My Car.” The song, which was written and sung by drummer Taylor, appeared on the band’s 1975 album A Night at the Opera. Mercury’s Rolls is not shown in the music video, which features mostly black-and-white film of classic cars and vintage racing.

RM says potential buyers of Mercury’s Silver Shadow should note that the car has been kept in storage for an extended period of time and “would benefit from mechanical inspection” prior to being driven. Let’s hope that its new owner not only enjoys the Roller himself but also shares it with Mercury’s countless fans. 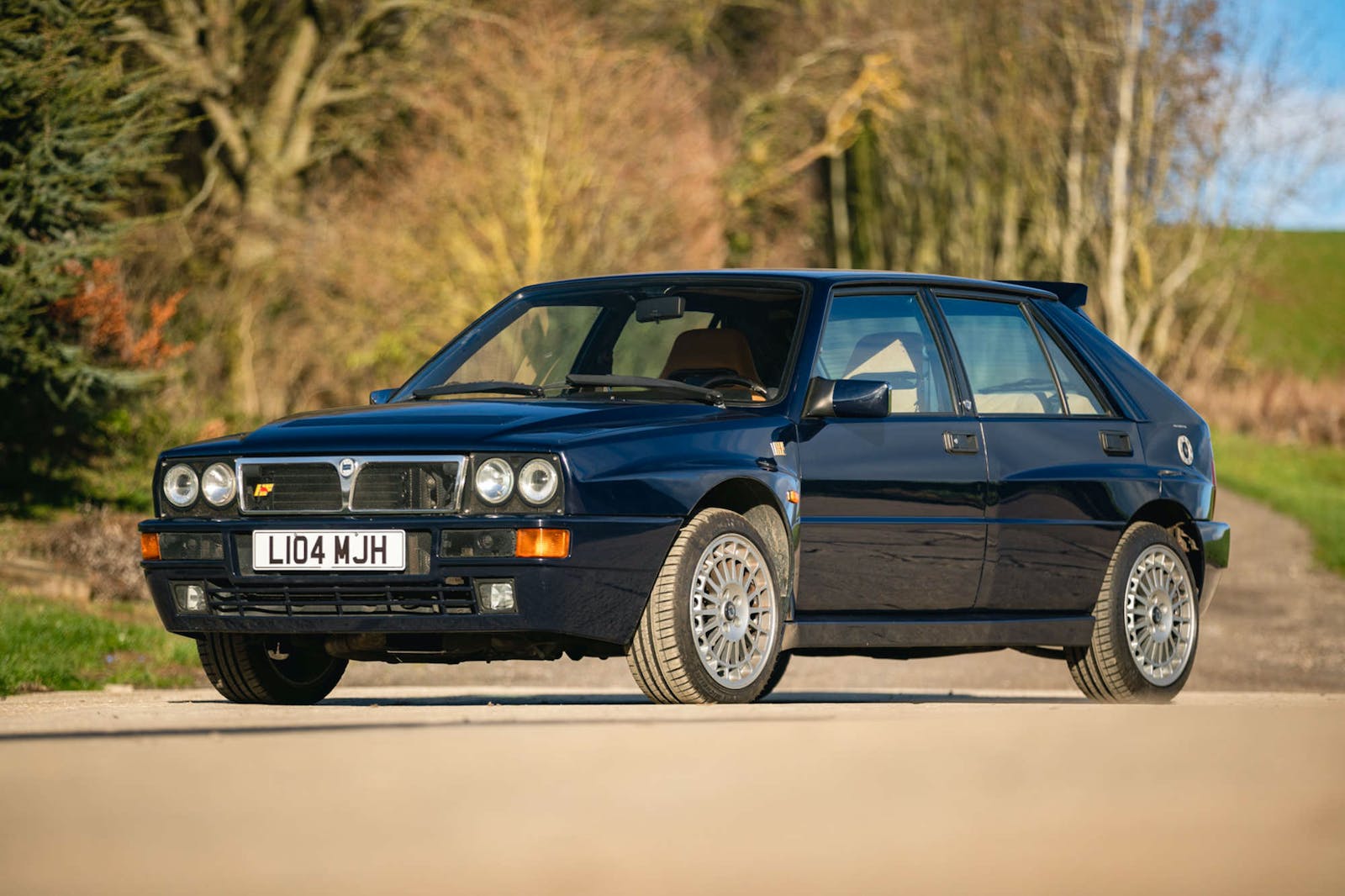 Get an insurance quote
A Story About
Leave comment
Read next Up next: What vehicle is better with an automatic transmission?

I’ll take it! I think it would be nice to have! It would be a nice addition to my Rock car collection as I have the Loverboy Lamborghini! I hope they raise a lot of money for the charity!

“and Freddie upstaged everyone by arriving in his brand-new Roller,” Yet it says he bought the 1974 car in 1979. That’s a 5 year old used car. Who then was the original owner/owners?

Since you’re referring to a quote from Queen’s manager, I can only assume he meant that the car was “new” to Mercury. RM Sotheby’s hasn’t provided any information about the car’s original owner.

I wouldn’t want to clean the stains out of that backseat!

Lol good one since freddy would have been a pronoun today

It appears to have a seriously early version of a mobile “car phone” installed with some kind of calling apparatus installed just below the speed control switches! Nevertheless, history and provenance and celebrity aside, a “Roller” that’s been sitting long in storage and undriven will likely need extensive recommissioning, starting with the brakes and hydraulics, then electrical and various other gremlins that have likely appeared, and of course new gaskets and fluids as those are likely to leak. I speak from personal experience owning a 1975 LWB Shadow 1 that suffered from years of neglect. Nonetheless, if the car still has the original 8 track deck in it (possibly?) who wouldn’t want to pop in a Queen 8 track tape and cruise around Freddie-style?

The rock star premium will take it way out of my reach. The old Rollers sell for ten to twenty grand. This one hasn’t been driven so the water pump will fail soon. Fuel pump is a Lucas so that will go as well.
Understand that this Rolls was built when much of it was a hand assembled product and things fail. Electrical is Lucas and is horrible.

“Goose Productions” ??? Nearly spit my coffee…
I’m not sure how a “brand new” ’74 Rolls was bought in ’79, but no matter. What surprised me about the band is that guitarist Brian May is an astrophysicist.

Conflict is when your neighbor will not trim the Tree that drips Sap onto your Driveway and Sunbeam Tiger MKII. Russia invading Ukraine, a free country that the Russians themselves recognized as a separate free country is bloody War.

Keeping a Rolls Royce or Bentley operable is an enormous task that take boatloads of money.

Ugly POS, even if it is a Rolls., and as others have stated, needs the application of a spanner to two. Still, if you are a Queen fan….

I would so buy this if I hit the lottery before the auction ends!

It looks like the back quarter is lighter than the rest of the car. Could it be a repair? I could make a joke about Freddie getting his rear damaged butt I won’t.

I’d rather have one of Eric Clapton’s Ferraris if I’m getting to pick musicians car.

OK, If we get to pick how about Nick Mason’s GTO???

Too many comments about the poor choice of phrase, “brand-new”. Let’s just assume he drove it off the lot and immediately to the video shoot. I am curious if the previous owner knew where it was going. How many km’s are on it? How long was it stored? Perhaps since the 2013 sale.

Some 62K km’s on it, and the hundreds digit of the trip odometer is freewheeling. I can’t help noticing such things..

Joe above is right. Silver Shadows/Bentley T-series were downmarket compared with preceding models, and most postwar Crewe products were already rationalized, assembled, production jobs with bodies whacked out by Pressed Steel of Cowley near Oxford, who supplied much of the English auto industry, akin to Briggs or Murray in the US. Not bad cars, but not as good as immediate postwar Packards on the same wheelbase, nor as good as Chryslers, even Cadillacs, in the ’50s into the ’60s. Ask any longtime mechanic who’s worked on all of them.

The Silver Shadow suffers the usual Sceptered Isle electrical systems, fiendishly complicated suspension and brakes. In short, a money pit, assuming you go for something looking like a Rambler Ambassador with a Rolls or Bentley grille plastered on the front.

Meanwhile, we like Queen; they were novel. But enough with the celebrity fawning. What does previous ownership have to do with a car’s reason for being built, design, engineering? Let’s leave the celeb crapola to People Magazine, focus on cars.

Got to strongly disagree.
A friend did work on Rolls of that vintage when he was a tech at a high end Dealer in Seattle.
He drove them for tests and did a lot of work.
His boss even loaned him one for a date.
Sadly, the girl was not impressed, claiming she had never heard of Rolls Royce.

He reports they were generally good to work on and were well built.
No reported instances of bad electrics, remember that unlike the rest of the UK car industry at the time, it had a good reputation to uphold. These were not some badly engineered half-baked BL thing.
Remember also it had GM automatics and AC systems.

So, not a bad as some should have you believe.

Your friend’s an anomaly. Even those long owning and liking the things curse the complex suspension and brake systems. Crewe by then was careful about their electric systems, not wanting to be pulled into the usual Lucas prince of darkness reputation. No one said Shadows/Bentley Ts poorly built, they were monocoque, after all. Just expensive. Your friend was lucky and/or one of the exceptions, or did not have to delve into the brakes or the hydro-pneumatic suspension licensed from Citroen.

From 1935-on, R-R’s focus was aero engines. In the years just before War II, R-R was disassembling a new Buick annually to glean the latest Detroit production tips. After the war, R-R copied Packard’s “Saf-T-fleX” i.f.s. nut for bolt, as did, as the rear, Lagonda. When R-R finally had an automatic transmission, in 1952, it was a GM HydraMatic, as were increasingly most of their ancillaries inc. air conditioning, Delco ignition, etc.
When R-R introduced their V-8 in 1959, the chief engineer, well lubricated at its debut, blurted “It’s bloody near as good as the Chrysler.”

R-R cars long coasted on their reputation, one respected English motoring journalist dismissing them as “a bloody good confidence trick,” and the renowned Laurence Pomery as “a triumph of craftsmanship over engineering.”

There were reasons Packard was far and away the most popular car with the world’s embassies through the ’40s, and why educated professionals here in the states wanting the best luxe road car in the 1950s invariably chose a Chrysler New Yorker.

But that Rolls-Royce imagery dies hard and they zealously nurtured it. Crewe knew how to market an increasingly downmarket, assembled boutique car through the ’70s. 85% of all R-Rs (BMW) and Bentleys (VW) now go to China, India, the Middle East, people who know nothing of automotive history, only that those grilles =look at me, i have money.

Comedian, producer Mike Nichols said he sold his Rolls-Royce because he “felt like an a-hole driving it.”

A ride or two in this and then he wanted to ride his bicycle.