Racing competition during Group B’s heyday in the mid-1980s was characterized by electrifying competition, but also death and tragedy, stemming from accidents that took the lives of drivers and spectators alike. As 1980s cars continue their upward march in the marketplace, the appeal of the Group B racing era’s most ferocious rally cars only intensifies.

Gooding & Company is showcasing four such cars, all part of one anonymous consignor’s collection. What’s even more interesting is that this is something of a strange gathering of four particular Group B offerings—two were rather successful in competition, while the other two were decidedly not. If there is a central theme to this Group B quartet, it is that each car is a built-for-the-road homologation special, in pristine condition and with low miles.

If you want to open the garage door each evening and marvel at their sheer variety and experimentation going on in Group B—to varying levels of success—then bring your wallet to 2019 Monterey Car Week and scoop up these four rally rockets.

This fiendish Frenchman hit the Group B scene in 1984, which was a bit of a fashionably late arrival to the rally party. No matter; it would become the division’s most successful car. The 205 T16 scored 16 World Rally Championship victories during its competition years, including two constructors’ titles. Its mid-mounted 1775-cc DOHC four-cylinder engine (with KKK turbocharging) was good for 197 hp, routed to all four wheels using a five-speed manual transaxle.

This example was sold initially to a Peugeot dealer in Italy, and it would go on to become part of a private racing museum in that country for 25 years. It shows fewer than 7500 miles, and the interior looks spectacular—complete with two-tone seats and the most 1980s-looking steering wheel there ever was.

Lancia was a force to be reckoned with in Group B. Perhaps best remembered for the sensationally entertaining rear-drive 037, Lancia eventually wizened to the advantages of all-wheel drive midway through the 1985 season. Its gambit—the Delta S4. This car is a shining example of Lancia technical prowess and willingness to push the limits of performance, with its tubular spaceframe, lightweight composite body panels, and both super and turbocharged 1.8-liter four-cylinder engine. In competition the S4 made north of 500 hp, while the homologation models (like the one Gooding is selling) are estimated to make 300 hp.

According to the auction catalogue, this S4 is one of six painted in silver and one of four such cars with a red Alcantara interior. Complete with rare magnesium wheels, it remains in unrestored condition and shows less than 1553 miles (2500 km) on the odometer. For a Lancia rally fan, this is just about as good as it gets.

Probably the craziest-looking car of the bunch, the Metro 6R4 looks like the type of thing a kid would put together with LEGOs, slapping spoilers and scoops all over the boxy brute. On top of that, MG saddled the little metro with a naturally aspirated V-6, sourced in part from the Cosworth DFV, displacing nearly 3.0 liters and revving to 10,000 rpm in race spec. (Imagine that humming away right behind your tightly clenched butt.) Like the Citroen below, MG never realized any real measure success with the 6R4. But three decades later, that isn’t such a big deal in the context of showcasing just how wild some of these Group B cars got. This example has fewer than 2100 miles, and given that it has never been raced or restored, it’s a prime candidate for any Group B collection.

And now for something completely different: the Citroën BX 4TC. Even for Group B, the BX 4TC was pretty out there. For one, its turbocharged, 2141-cc four-cylinder is positioned ahead of the front axle, and there’s even Citroën’s beloved hydraulic suspension helping the car handle rally racing’s brutal conditions.

Funky and endearing as it is, this car was not exactly a racing powerhouse. Citroën never finished terribly high in the rankings with the BX 4TC, and at that point the ban on Group B competition in late 1986 probably seemed like a relief. It is, however, pretty damn hard to come by—especially in such perfect shape. Citroën had to build 200 examples to be eligible for competition, but it could only sell 62 of these homologation street cars, of which 40 survive. There are a lot of rumors out there that perhaps not all of those 200 were really ever produced. I’d rock it for the quad rally lights and the sweet gauge cluster alone. 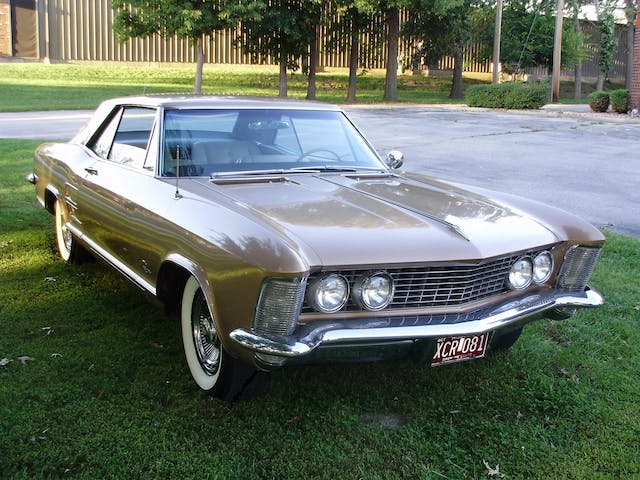